World’s Most Preferred Cities in 2022

The most visited places in 2022 are determined by tourists’ votes. The economic and commercial performance of the city, the tourism services provided,tourism attractiveness such as ease of travel, price stability of a destination and social media presence, health and safety, availability of attractions, transportation, accommodation, entertainment venues, cultural sites, and educational facilities are just some of the key decision factors that are typically made for visitors to the city.

Loved worldwide for its timeless charm, art, shopping, and cuisine, Paris is one of the most preferred cities in 2022. The first place you should see in Paris is the city’s indispensable symbol, the Eiffel Tower. Built by Gustave Eiffel to commemorate the centennial of the French Revolution and presented at the 1889 Paris Universal Exhibition, the structure deserves to be the most visited place in the world, with approximately seven million visitors a year. Another symbolic structure of Paris is the Louvre Museum, which is the most visited art museum in the world. It was used as a royal palace for 200 years and was later turned into a museum. It has different exhibitions. Another must-see building in Paris is the Notre- Dame Cathedral, a Roman Catholic cathedral completed in 1345. This place is considered one of the finest examples of French Gothic architecture in France and Europe. “La Ville Lumiere” Paris, the City of Light, is also preparing for the 2024 Olympics by further improving the infrastructure and building new hotels with absolute comfort. 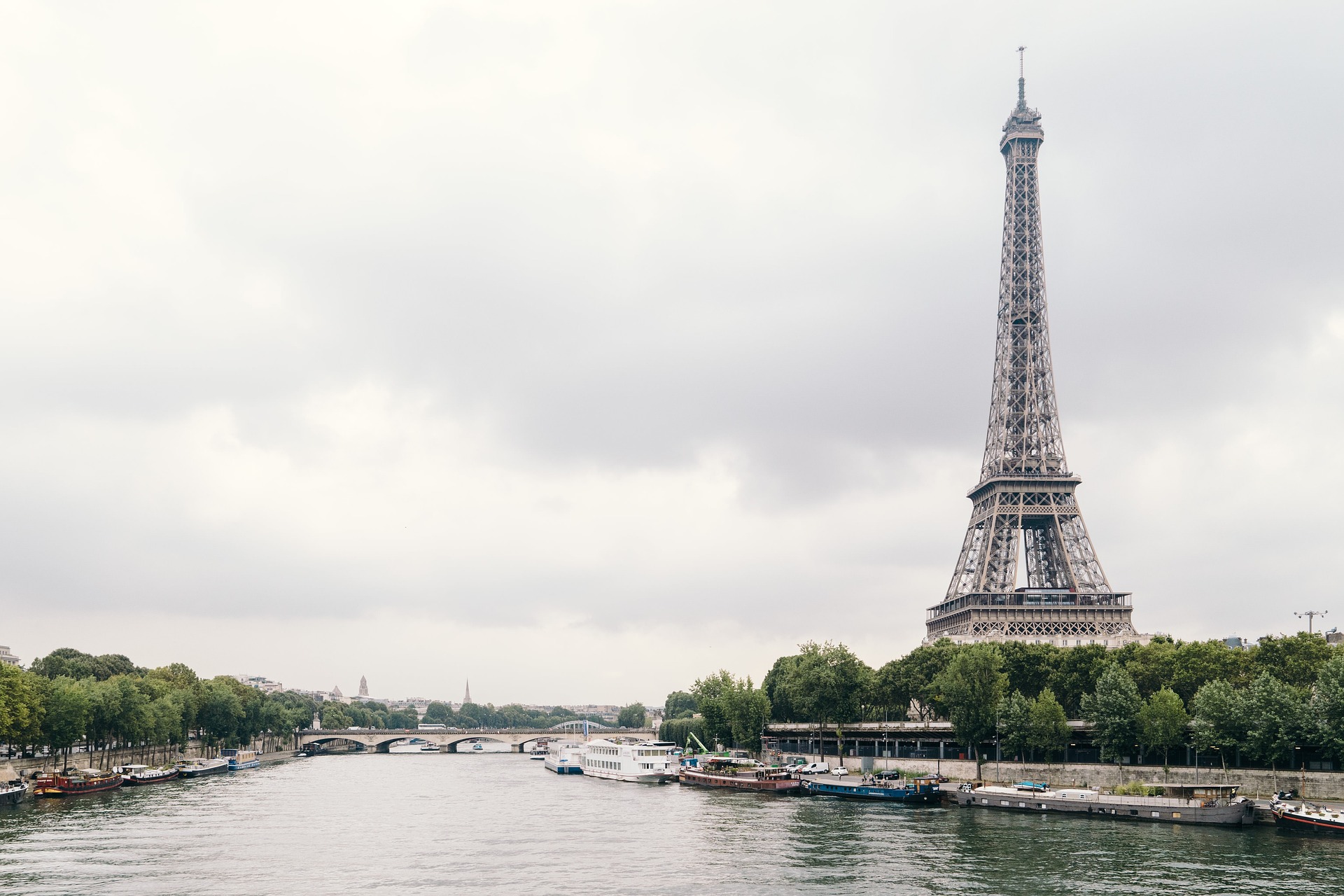 Istanbul is one of the most visited cities in the world. The first building you should see when you go to Istanbul is undoubtedly Hagia Sophia. The 1,500-year-old cathedral is one of the symbols of the city. Byzantine Emperor Justinian once built the largest church in the ancient world. After the conquest of Istanbul, the Ottomans turned Hagia Sophia into a mosque. Although it was converted into a museum by Atatürk, the founder of the Turkish Republic, it is still a mosque today. Another must-see place is the Topkapı Palace. The Topkapı Palace hosted the Ottoman sultans, their families, and their harems for 600 years after the conquest of Istanbul. In the palace, you will see the neighborhood where the sultan lived, the harem, a part of the Ottoman gold treasury, and Islamic relics, and learn more about palace life in old Istanbul. It should not be said that I went to Istanbul without a cruise on the Bosphorus. The 30 km long Bosphorus connects the Sea of Marmara in the south and the Black Sea in the north of Istanbul. The Bosphorus also separates the European and Asian continents from each other. You should definitely not miss the Bosphorus tour in Istanbul! 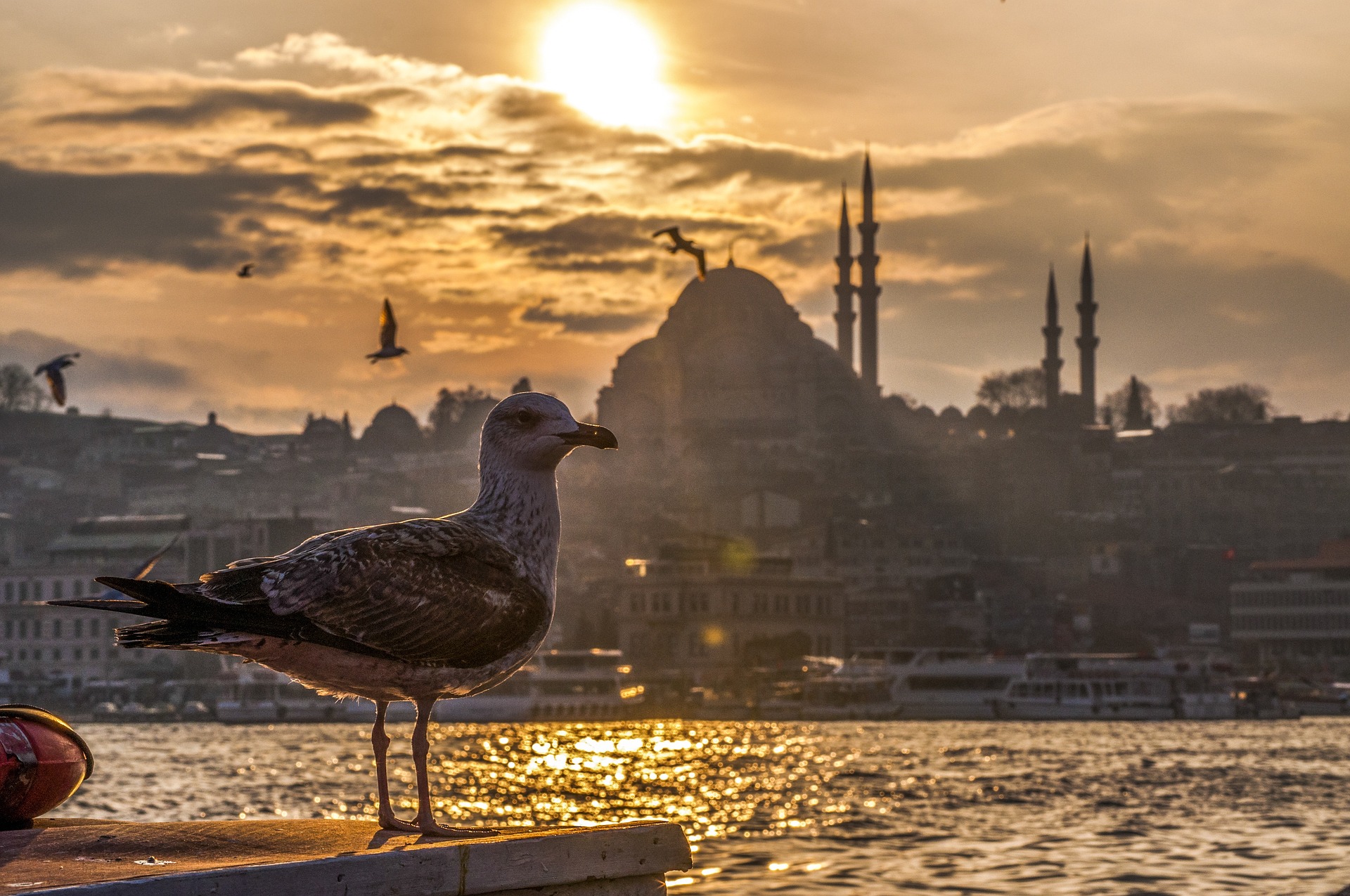 The Colosseum, which everyone should visit in Rome, was built between 72 and 80 AD. The largest amphitheater built in antiquity, it is a modern-day symbol of Rome and a magnet for tourists. No wonder the building is known all over the world and is a testament to the high architectural level of the ancient Romans. All tourists in Rome meet at the Trevi Fountain. During peak season, it is almost impossible to get through peak hours. Visitor numbers have grown steadily since Anita Ekberg bathed here at night in Fellini’s La Dolce Vita in 1960. The fountain is one of the most famous fountains in the world, and with a height of 26 meters and a width of 50 meters, it is the largest fountain in Rome. It was built between 1732 and 1762, according to Nicola Salvi’s design. Legend has it that the person who throws a coin into the fountain over your right shoulder will return to Rome.You should definitely not miss your trips to the Vatican, which is the smallest country in the world, with an official population of only 825 people in the region, according to the 2019 census. Even standing in St. Peter’s Square is impressive, but when you admire all of Rome from the dome of St. Peter’s Basilica, you realize that it is definitely worth a visit here. You should also visit the Vatican Museums. Here you will find the collection of papal art, one of the largest and most important in the world. The most famous part of the visit is the Sistine Chapel. 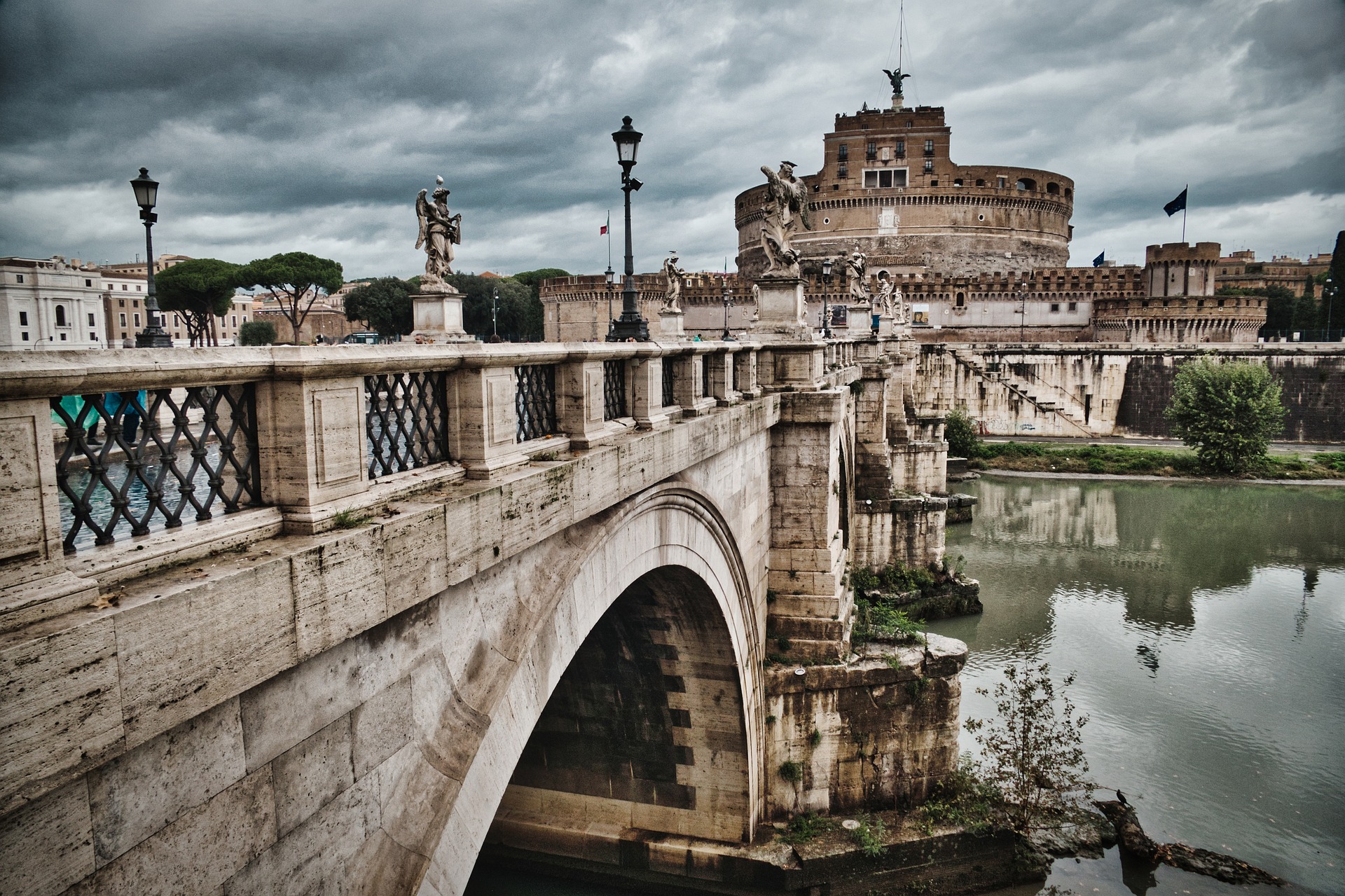 A host of great things to do in Amsterdam await your trip to make your holiday in the center of the Netherlands an unforgettable one. You can admire important parts of Dutch art history at the Rijksmuseum, which features works by famous painters such as Rembrandt or Vermeer. Opened in 1885, the museum is the largest and most important museum in the Netherlands and is located in the Zuid district of Amsterdam.The canals form the attraction of Amsterdam’s city center and are listed as a UNESCO World Heritage Site. You can take a canal cruise to experience the small canals in a whole new way: you’ll cruise through Amsterdam’s picturesque old town at a leisurely pace and learn exciting facts from your local tour guide. Apart from these, you can explore the city by bike.With a variety of bike rental services, you can do what the locals do – explore the Dutch metropolis on two wheels. And not only can you move faster in the city by bike. Some rental companies even offer guided bike tours in Amsterdam. Let your guide show you modern architecture or monuments, or start a culinary journey of discovery. 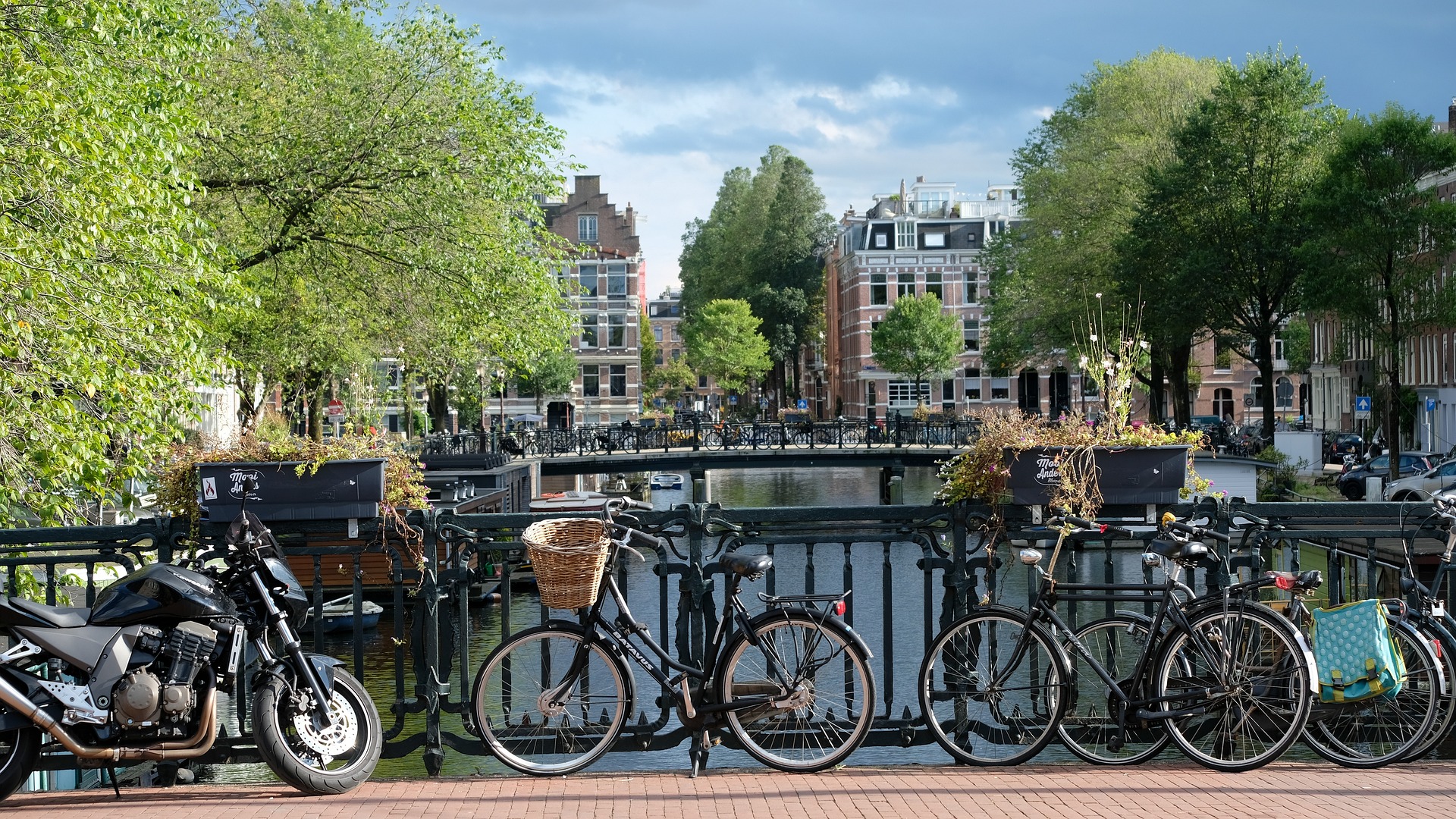 Dubai is another of the most visited places in the world. The main tourist season is October and November. So, these months will be more crowded. From June to August, it is unbearably hot, but accommodation is cheaper. Burj Khalifa is the first place you should visit in Dubai. It is currently the tallest building in the world at 828 m and one of Dubai’s most popular attractions. But you can’t just go here and take the elevator up to the observation deck. You need to buy tickets for the Burj Khalifa tour, and it would be best to buy this ticket well in advance. The tour takes approximately 90 minutes. The Dubai Fountain is another top attraction in the city center. This is the largest fountain in the world, and it even entered the Guinness World Records list with this feature. You will have a great time while dancing to the music every half hour from 18:00. Dubai also hosted Expo 2020, a multi-billion-dollar exhibition marked by the cultural celebrations of the future, in March 2022. Speaking of the future, Dubai Bay Tower, the next tallest building in the world, will be completed soon. 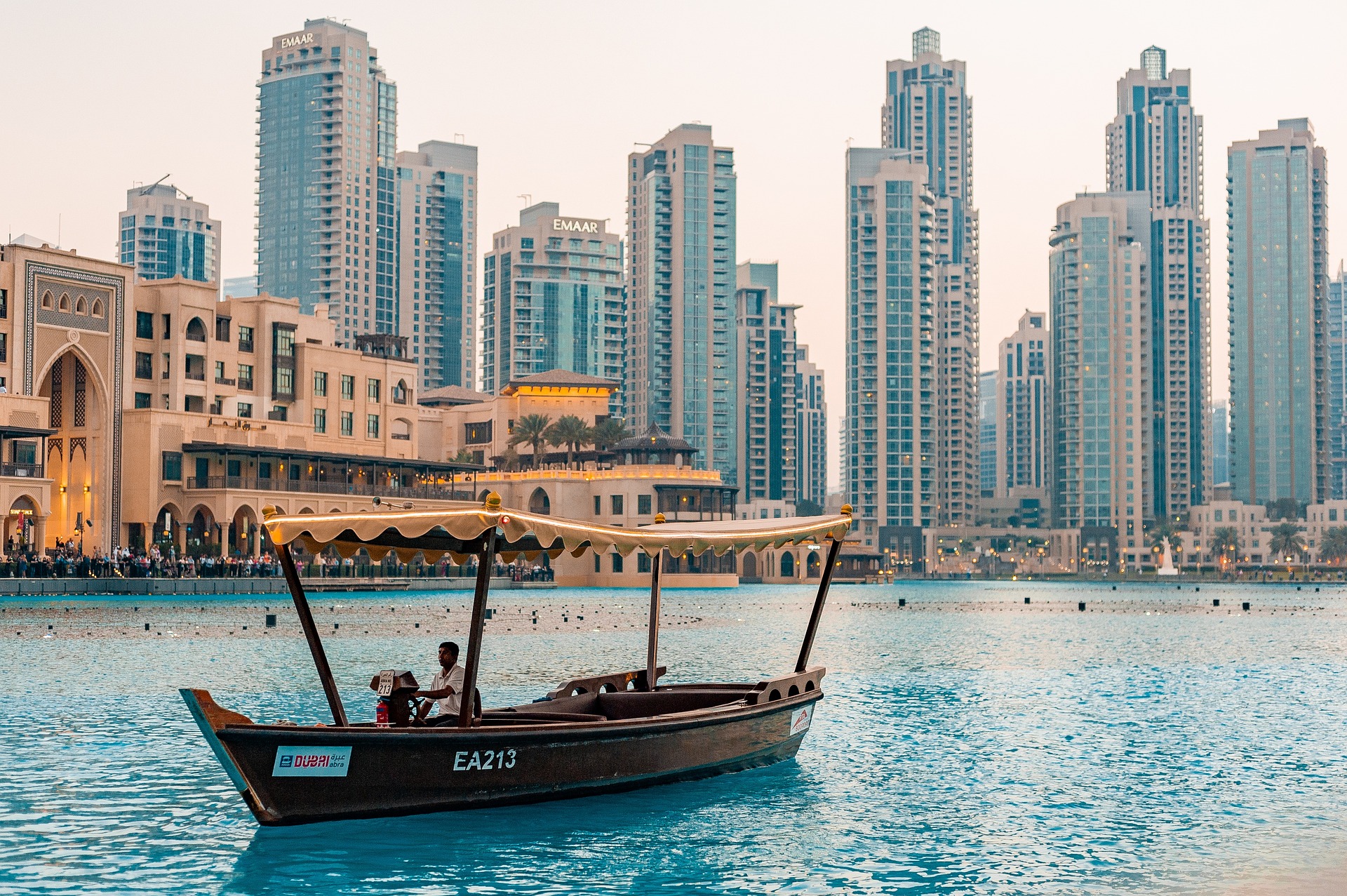 The New Year Spirit Coming to Izmir and Istanbul

One of the most enjoyable things to do before New Year’s in the whole world is to visit the Christmas market. You will find delicious food and…

Places You Must Explore with Your Kid

If you’re thinking about where to go with your child on weekends or holidays, we have prepared activity areas for you that allow children to have a…

Face recognition systems used in many areas of our lives from mobile phones to elevators are currently being used in airports. To save time in…