What to Know about Borough Market Famous for Street Food

London, the capital of England, is one of the European cities that stand out with its iconic structures that are the legacy of its deep-rooted history. London, where many different historical buildings from old churches to parliament buildings, are located, is one of the cities that attract the most tourists in the world. You can guess that these tourists do a lot of shopping when they come to the city. This is exactly what this article is about. We will explain the location of Borough Market, which has a deep-rooted history and is famous for its street delicacies, in London. We will examine the historical adventure and current status of this famous market place, which dates back to ancient times. If you're ready, let's start.

Let us give you an example to better understand Borough Market. You know how old the Grand Bazaar in Istanbul is and it is a market with plenty of options. Just like the Grand Bazaar, the Borough Market in London also has this function. It has been recognized as an important asset of the city as it is one of the largest and oldest food markets in London. The goods coming to the market are collected and brought from all over the world. In other words, it would not be wrong to call this place a wholesale and retail market. You can find many varieties of vegetables, fruits, cheeses, breads, pastries and baked goods here. Let's describe it like this: It is possible to find about 30 varieties of a cheese or bread. So it is a place with many options for shopping.

So what's in the history of this place?
It is known that there are markets in the area dating back to the 12th century. Existing buildings were built in the 1850s. A market in the area is first mentioned in 1276, adjacent to London Bridge. On the other hand, it has been claimed that the existence of the market dates back to 1014 or even more. Markets were abolished with a law enacted in 1754 due to the congestion in the region. As you can see on the official website of Borough Market today, with the new law in 1756, market activities started again on a 4.5-decare area in Rochester Yard. The Borough became one of London's most important food markets in the 19th century, thanks to its strategic location close to the Riverside piers of the Pool of London. In London's famous wholesale market, the Borough, sales change according to the days. It is open from 10:00 to 17:00 from Monday to Thursday, from 10:00 to 18:00 on Fridays and from 8:00 to 17:00 on Saturdays.

The buildings in the market place were designed by Henry Rose in 1851. Additions were made in 1860 and the market was expanded to the nearby railway in 1932. Borough Market is run by a charity run by a voluntary board of trustees. Trustees are conducting various studies to adapt the market to changes in the food world.

Today, this old market sells foods that appeal to the public, as we explained above. However, this situation was different in the 20th century. At that time, the market was mainly a wholesaler selling to greengrocers. Especially in the post-war years, the Borough had been the center of fruit and vegetable supply until the 1980s-1990s, when supermarkets flourished. In those years, the market was the main supplier of retail grocers along with Covent Garden. Sellers from abroad came to the market, which was also famous outside of England, to trade. Over time, it went beyond these forms and became a center famous for its street delicacies. In this historical market, which welcomes its visitors with various delicacies, quite different street delicacies are offered. In the last part of our article, let's take a closer look at the street flavors you can experience in the historical Borough Market.

Roasted Octopus, Piquillo Pepper and Bean Salad: A seafood salad inspired by the flavors of Spain.

The Borough, which has witnessed a deep-rooted history, continues to be one of the most famous market places in London today. This unique place, which has undertaken different missions and experienced different experiences at various periods throughout history, still offers the best service to both the people of London and the tourists who come to visit the city from outside. 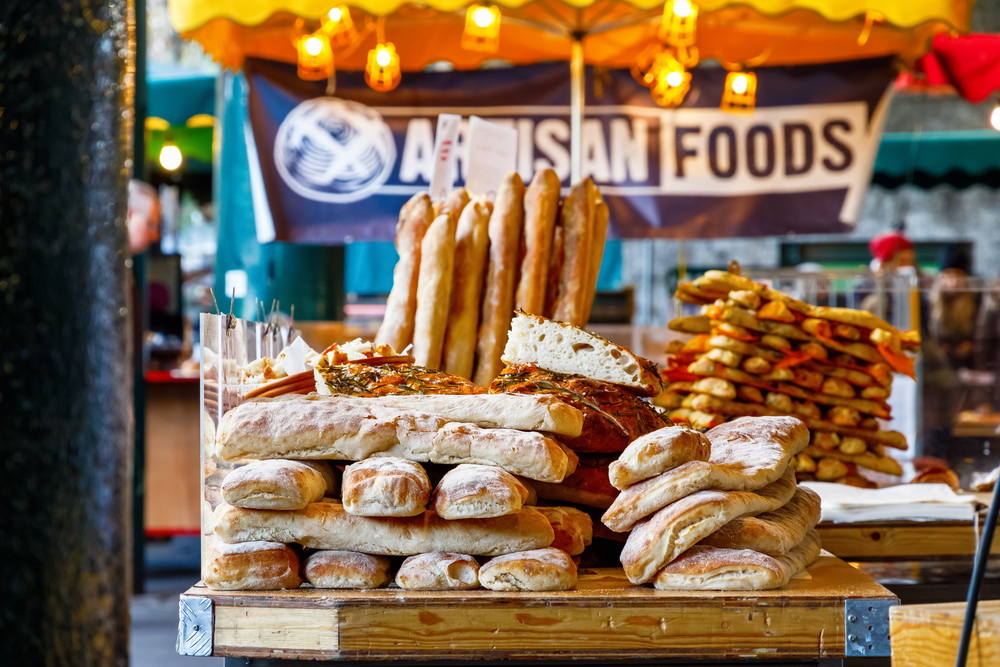 England is famous in many ways. However, it’s most important aspect that left a mark on the 20th Century is no doubt the music bands in all genres…

England is famous in many ways. However, it’s most important aspect that left a mark on the 20th Century is no doubt the music bands in all genres…

What to Know about Borough Market Famous for Street Food

London, the capital of England, is one of the prominent European cities with its iconic structures that are the legacy of its deep-rooted history.…