Do you love to travel? However, would you like to be inspired by road movies and create a route for yourself? Then you are in the right place. We have compiled the 10 best road movies for travelers. Moreover, we have increased your curiosity even more by emphasizing the difference that will attract your attention. If you wish, let's examine 10 unique road films together. 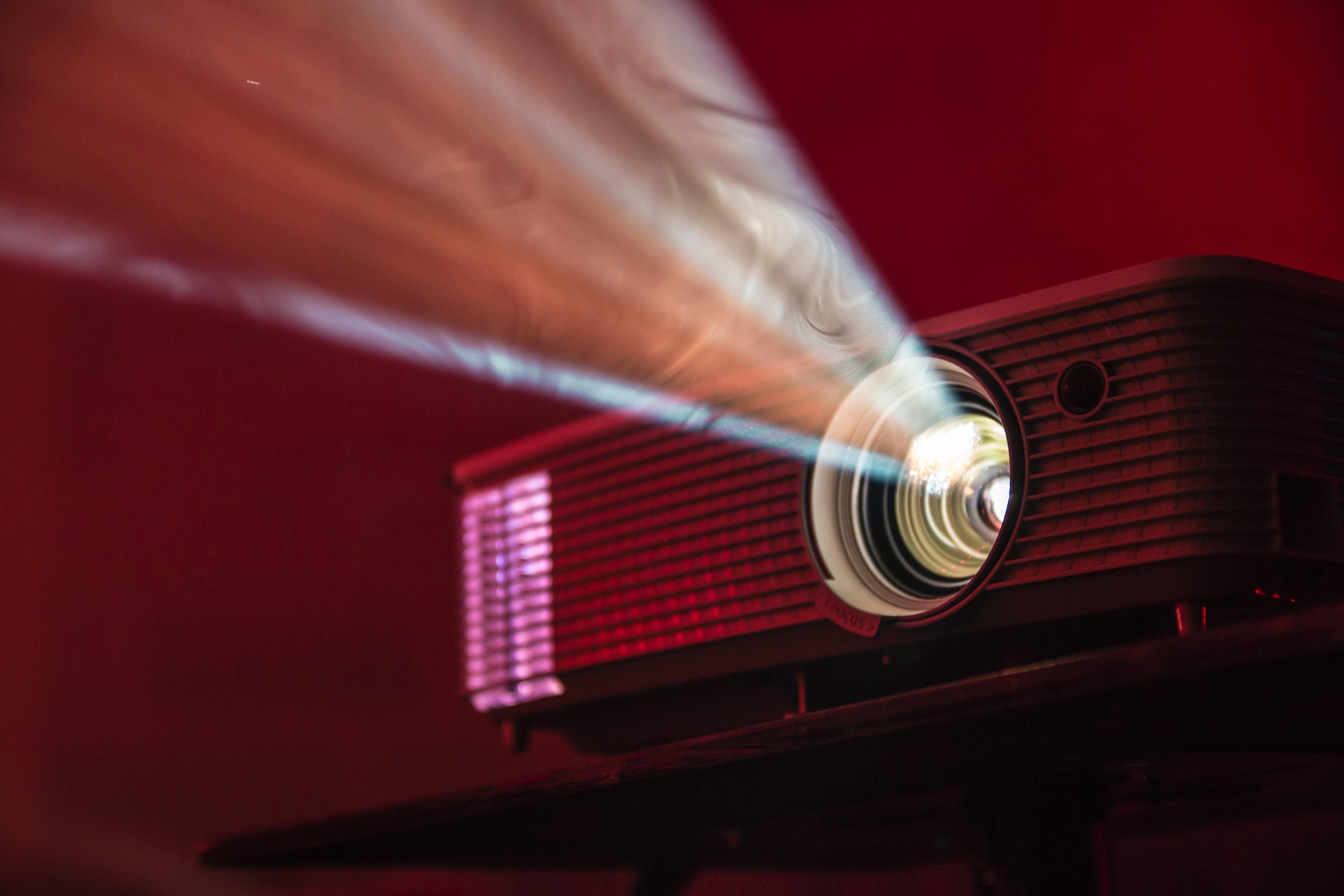 The movie Barcelona, ​​Berselona, ​​which was released in 2009 and directed by Woody Allen; It is notorious as a film about the illicit love affair between an American Vicky and Cristina with a flamboyant and intriguing Spanish artist they will meet during their summer vacation together in Spain. In this context, while watching the movie, you will be burning with the desire to see the unique texture and pleasant life of the city, where you can feel the Mediterranean warmth to your bones.

The Motorcycle Diares, which was released in 2004 and directed by Walter Salles; It is about the unique journey of Ernesto Che Guevara, who is known as the Cuban revolutionary who toured South America with his best friend Alberto Granado in the 1950s, on a motorcycle. At the same time, this biographical film; He manages to gather the audience on the screen by revealing the streets of Argentina, Chile, Brazil and Peru. These two friends, who experienced the Latin America of the period by mixing with the public, open the door to a journey that will shape both their own future and the destiny of the country.

In the movie Eat Pray Love, which was released in 2010 and directed by Julia Roberts; Elizabeth Gilbert, the main character of the film, which is adapted from the book written by ADB Writer Elizabeth Gilbert, based on her own life experience, lives an unhappy married life. At this point, she decides to embark on a long travel tour that includes Italy, India, and Bali to find herself again after a shocking and complicated divorce process. In this context, the world tour made by the main character will be one of the travel movies that encourages you to travel. 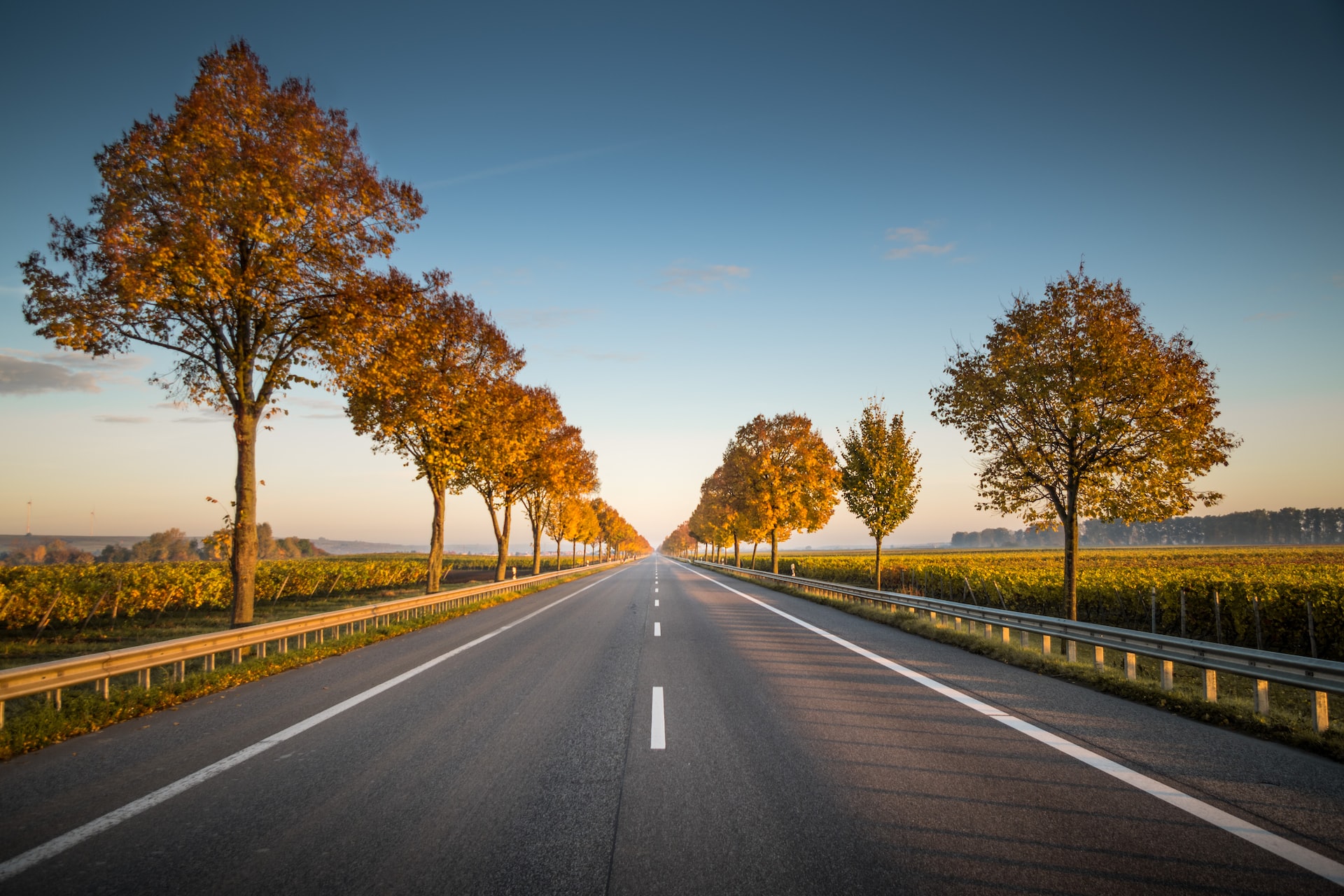 The film Seven years in Tibet, which was released in 1997 and directed by Jean-Jacques Annaud; It is a film inspired by the book about the life of Austrian mountaineer, traveler, and writer Heinrich Harrer. At the same time, Heinrich Harrer (Brad Pitt), who aims to reach the summit of Nanga Parbat in India, known as the 9th highest peak in the world, is taken hostage in 1939 by the British, who are at war with the Germans. Afterwards, Heinrich Harrer, who managed to escape with his friend Peter Aufschnaiter (David Thewlis), reaches the Holy City of Lhasa, Tibet. Let's also mention that when you watch this intersection that will change the mountaineer's whole life, you will see unique views from Nepal, Bhutan and Tibet.

In the movie Easy Rider, which was released in 1969 and directed by Dennis Hopper; It appears as a work shaped around the 68 generation's commitment to roads and freedom. In this context, the film reveals the adventurous story of two people traveling in America on their motorcycles to spend the money earned by selling drugs. At the same time, external elements will attract your attention in this unique journey where the movie heroes rebelled against the conformist America of the 60s and embraced the unknown. In this context, we can hope that your travel desire will increase. “

In the movie Winter Sleep, which was released in 2014 and directed by Nuri Bilge Ceylan; It should be noted that it is a work that was awarded the Palme d'Or and the FIPRESCI award at the Cannes Film Festival. At this point, our main character, Aydın, appears before us as a man who has undertaken the management of the Othello Hotel in Cappadocia, which was inherited from his father, and has been acting for many years, with his wife Nihal and his newly divorced sister Necla. Aydın works as a columnist for a local newspaper. At this point, he thinks of going away during the time he spends thinking about writing the theater history book that he could not start. At this point, we can say that the journey process will act as a compass for you. 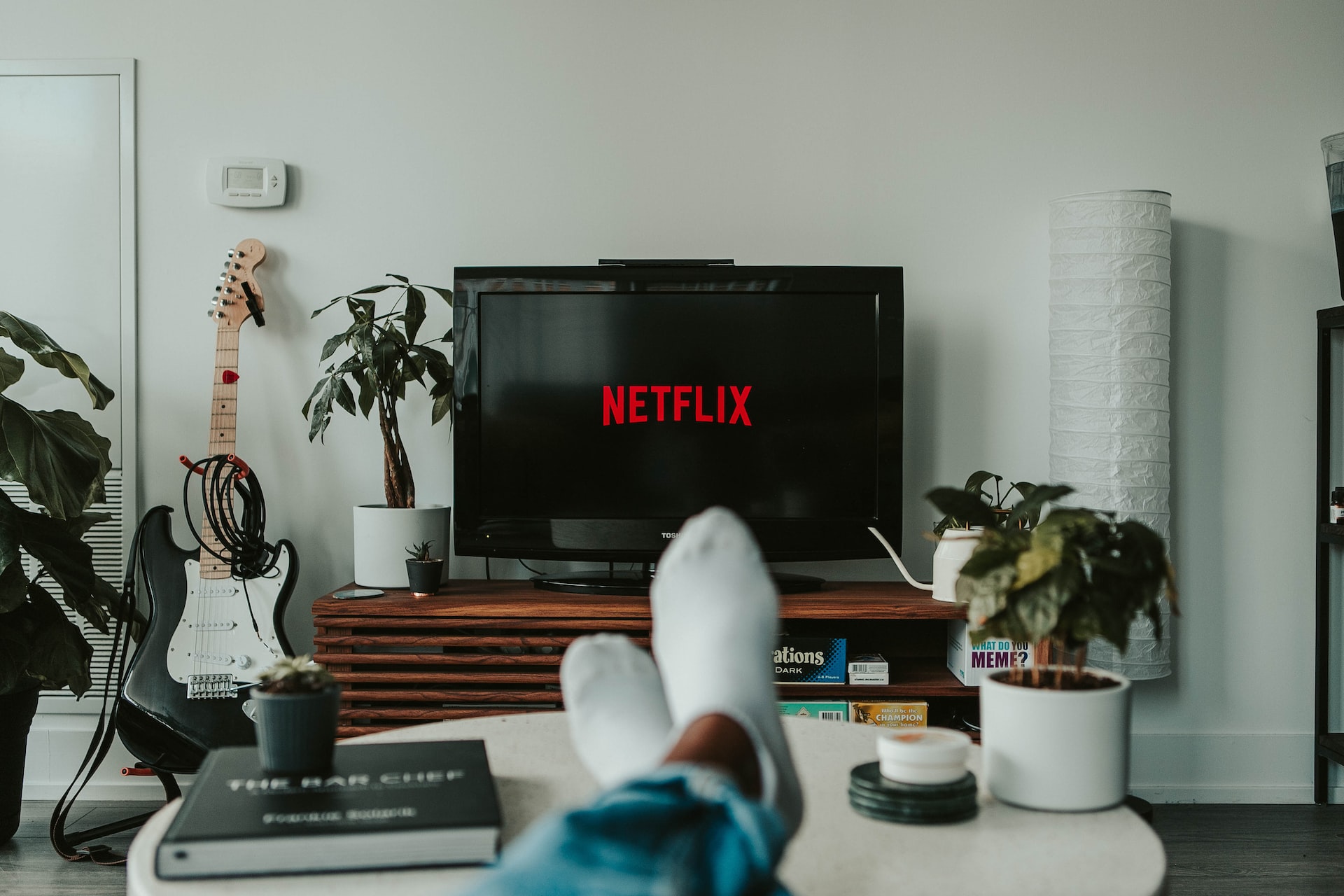 Roman Holiday, which was released in 1953 and directed by William Wyler; It is known as a black and white cult film of the 50s. At this point, the film is about the modern day princess's exploration of Rome with Joe Bradley, who defiantly conceals her journalistic identity by defying the challenges of royal etiquette. In this context, the love that developed between these two, whose paths crossed, when they walked the streets of Rome together, is an inevitable reality. In the movie, you will also see the Spanish Steps, one of the most beautiful symbols of the city, which fascinates both those who go to Rome and those who watch it. This magnificent work will determine your travel route.

Istanbul Memento - Crossing the Bridge Film, which was released in 2005 and directed by Fatih Akın; It is presented as a musical/documentary work. In this context, the subject is the arrival of a musician named Alexander Hacke to Istanbul in order to understand his musical genres. Moreover, this character, who does not know any Turkish, meets Selim Sesler. Many musicians and singers also participate in the unique adventure of this duo, who establish a dialogue with each other using the language of music. In this context, you should definitely watch this work where you can see every bit of Istanbul.

The movie Wild, which was released in 2014 and directed by Jean-Marc Valle; A young woman named Cheryl Strayed recounts the events that developed after her mother died recently. The marriage of our main character, Cheryl, is slowly coming to an end. Cheryl, who leaves everything behind and goes on a journey with her bag, witnesses different events throughout the journey. 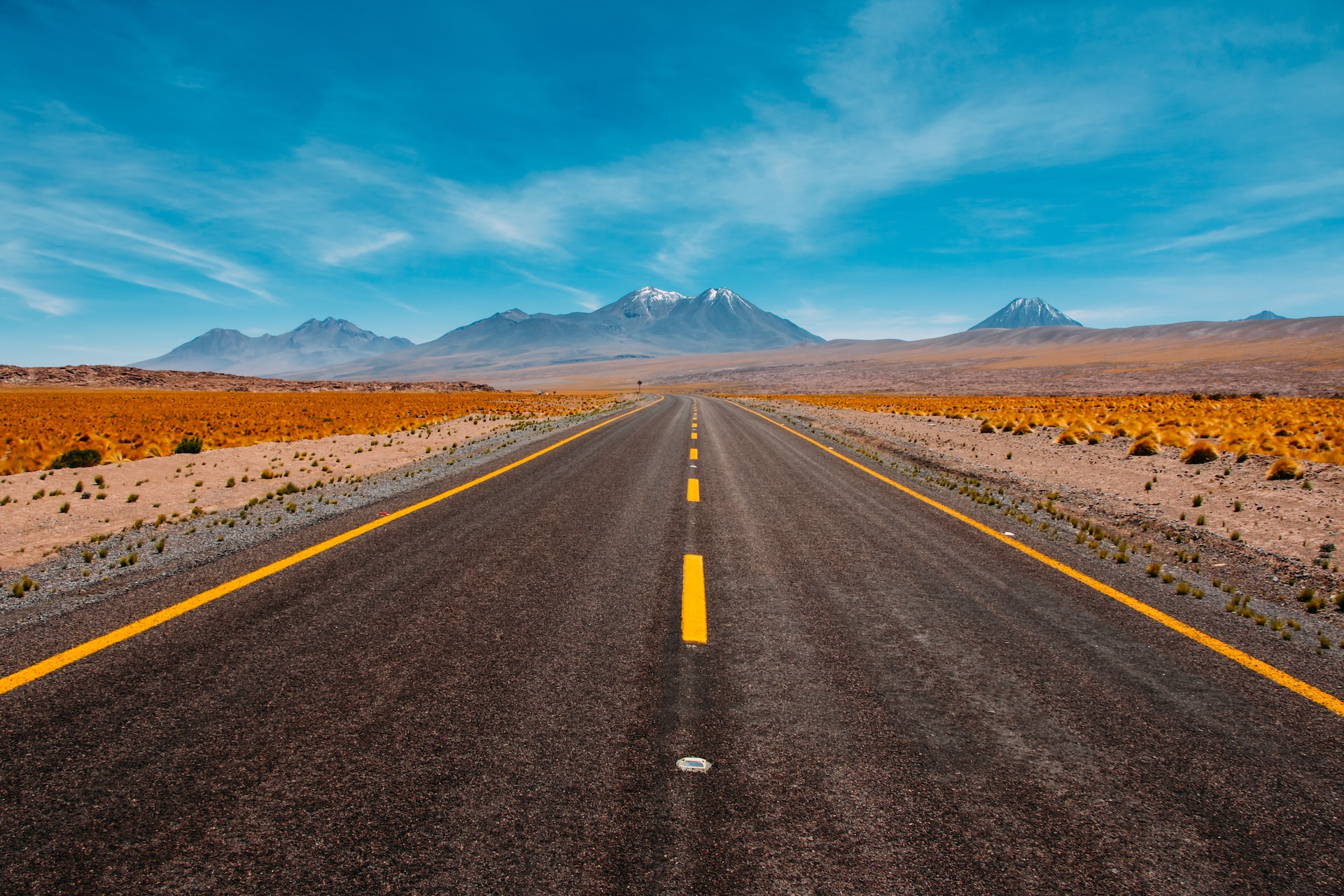 The Rum Diary movie, which was released in 2012 and directed by Bruce Robinson; It deals with the fact that Johnny Depp, our character named Paul Kemp, who conquered everyone's hearts with the characters he portrayed, quit his life in New York while working as a freelance journalist in 1950 and went to Puerto Rico to work for a small newspaper.

We’re in those days when we met one of the latest products of digitalization and technology. Metaverse, which opens the doors of the virtual world…

Once upon a time, we had Turkish coffee, which only cheered up our coffee culture and taste. Whether at home or in a coffee shop, we have the usual…