For those who love to read, libraries are an endless ocean. Once you enter, you never want to leave. Libraries are the only places that make reading enthusiasts happy with their years of history. There are many special libraries of different values ​​around the world. Let's take a look, in which magical library would you like to read your favorite book?

One of the most important reasons why the world-famous Vatican Library has gained such fame is that it holds more than 1.1 million books and a detailed archive of about 75,000 manuscripts and more than 8,500 books printed in the early days of the printing press. In addition, the oldest complete version of the Bible and important medieval works have also taken their deserved place in this legendary library, which has a significant place in world history.

The National Library in the Czech Republic is one of the most beautiful in Europe. With its magnificent domed architecture, shelves full of books as far as the eye can see, almost 6 million documents, more than 20,000 registered readers, it welcomes millions of reading enthusiast visitors. The history of the magnificent library, whose central building is located in the historical Klementinum building in the heart of Prague, dates back to the 1700s. 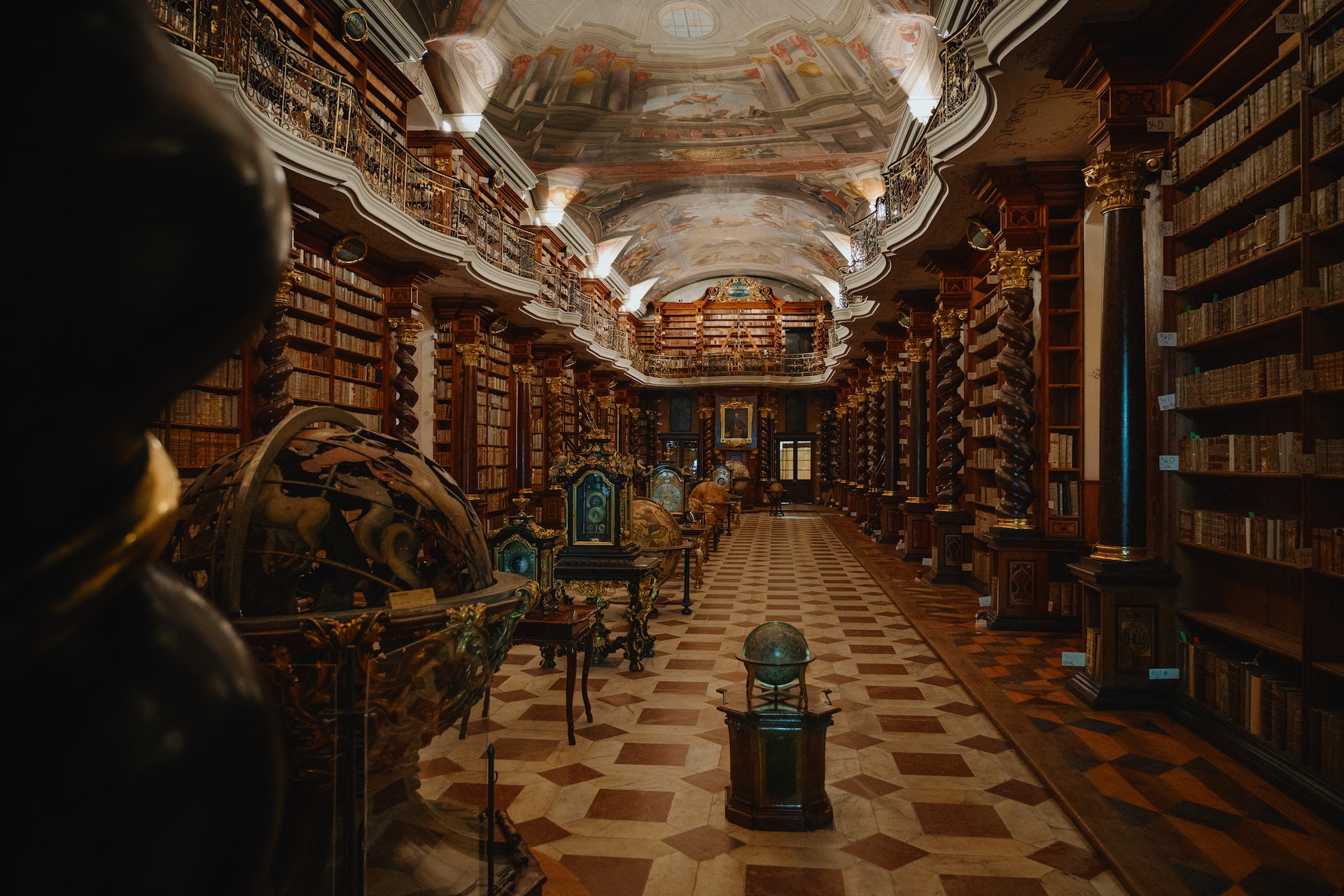 As soon as you enter the library, where modernity meets history, an eye-catching dome welcomes you. The library, which was founded in 1856, takes its rightful place in the lists as the oldest in the country and one of the oldest free-entry libraries in the world. The library, which is a cultural symbol of the city of Melbourne, had more than 3,800 books when it was opened in the 1800s, but today this number has increased to 2 million.

The St Gall Abbey District has been a inhabited region since the early Middle Ages. Today, it has gained importance as a UNESCO World Heritage Site with its many Baroque structures. The cathedral and the Abbey Library in this region are definitely must-see spots. The real treasure in the Abbey Library is the extensive collection of handwritten historical records in the UNESCO Memory of the World Programme. The library, which dates back to the 1700s, contains 170,000 books.

This library, which is beautiful enough to make people write poetry, is almost seen as the 'Library of Dreams'. The breathtaking library with its magnificent architecture and thousands of artifacts is a hidden gem of the city of Rio de Janeiro. The library, a large part of which is decorated with wooden architecture, contains approximately 350,000 national and side books. Let's not go without mentioning that the magnificent Portuguese Royal Library was named the "Fourth Most Beautiful Library in the World" by Time in 2014. 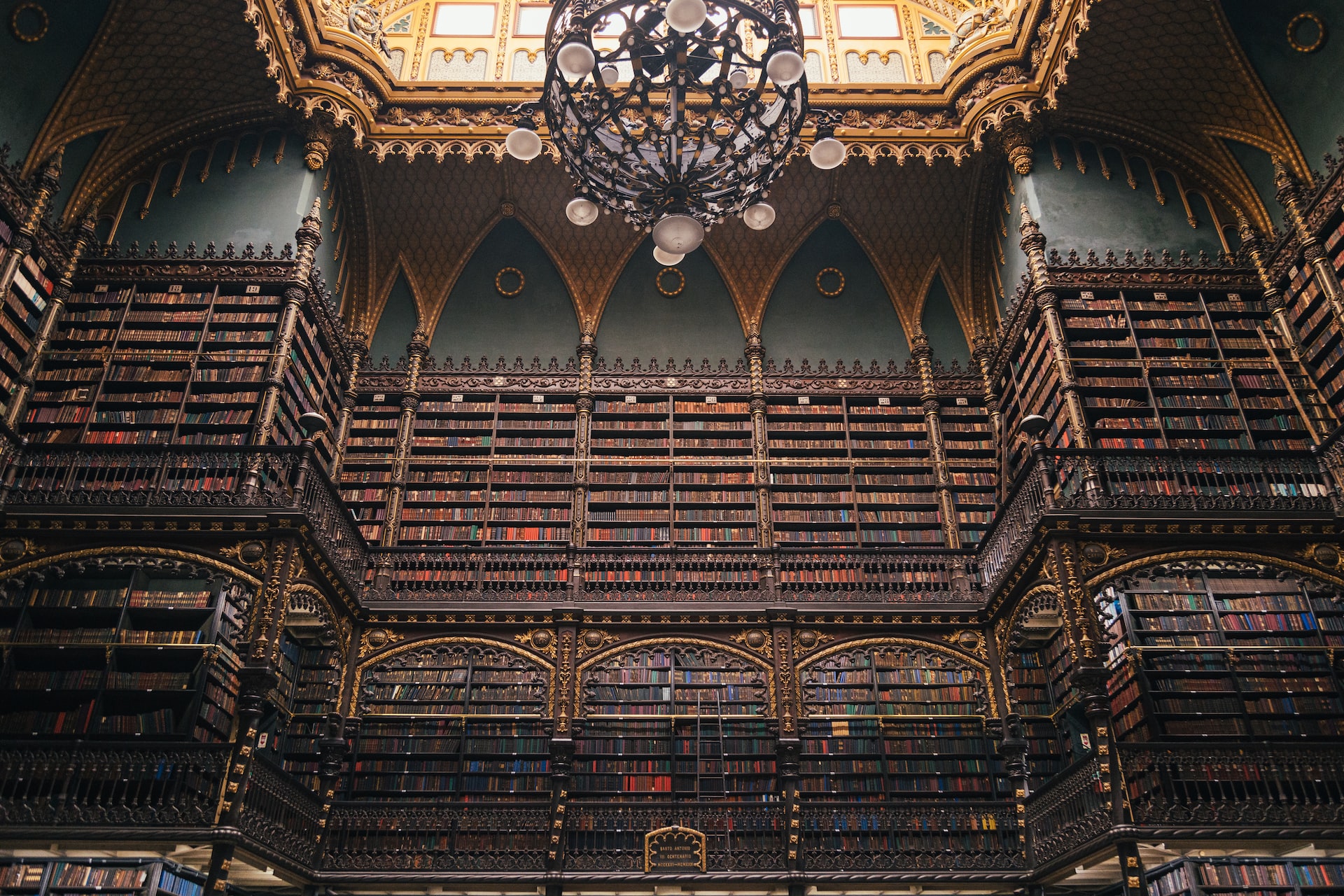 Starfield Library, which draws attention with its two-story and 13-meter-high book shelves, activity center, and colorful reading areas, has more than 50,000 books and 600 types of magazines and e-books. The library, which has the perfect atmosphere for reading and relaxation, will take your breath away with its modern and innovative experiences and dazzling magnificent architecture. This library is definitely a valid reason to go to Starfield COEZ Mall.

Known as one of the oldest libraries in Europe, the Bodleian is the main research site of the University of Oxford. This important library, which is open to the students, staff and other outside readers of the university, was officially opened in 1602. Many scholars and academics, from Nobel Prize-winning authors to British Prime Ministers, have read hundreds of books and contributed to history in the reading rooms.

The history of the library goes back to the founding of Trinity College in 1592. Today, it houses a large collection of about 6 million manuscripts, magazines and newspapers, maps and artifacts. Trinity College Dublin, the oldest library in the country, manages to attract attention with its impressive 65-meter-long Long Room. Visited by millions every year, the library is also home to the only Book of Kells, which tells the Bible in four volumes. 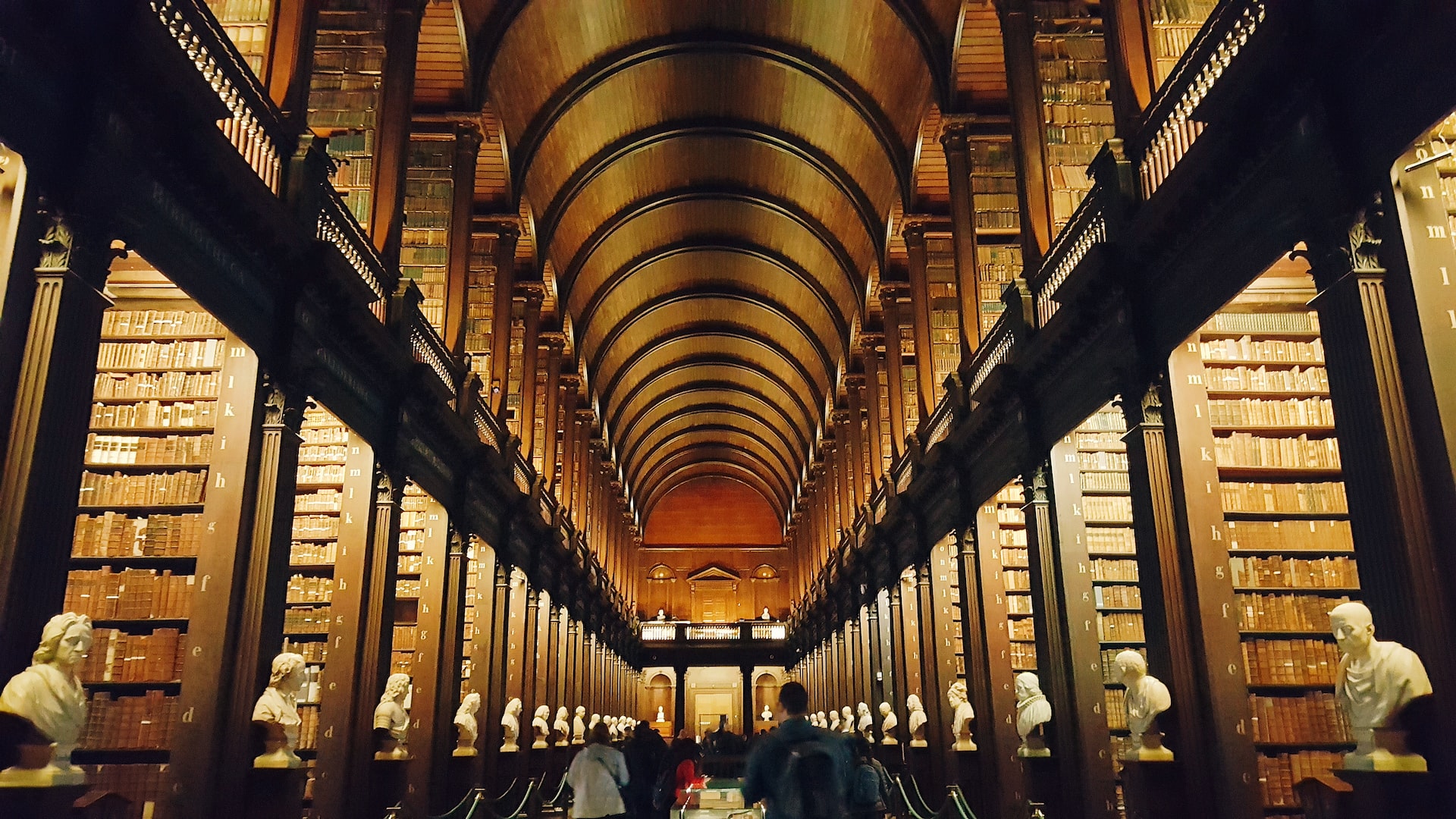 Saint Genevieve, which is shown among the most beautiful libraries of France and the world in national and international rankings, was opened in 1851 and is waiting to be discovered with its flamboyant stained glass windows, stone sculptures and dome ceiling. The location, where there are about 2 million pieces today, takes its place in the lists as one of the oldest and largest libraries in Paris.

The library, which has one of the largest buildings in the world, contains rare books and manuscripts, as well as 180,000 volumes in the central part and more than 1 million books in the lower sections. The Beinecke Library has an atmosphere inspired by the past, present and future, and hosts special concerts, lectures and exhibitions. 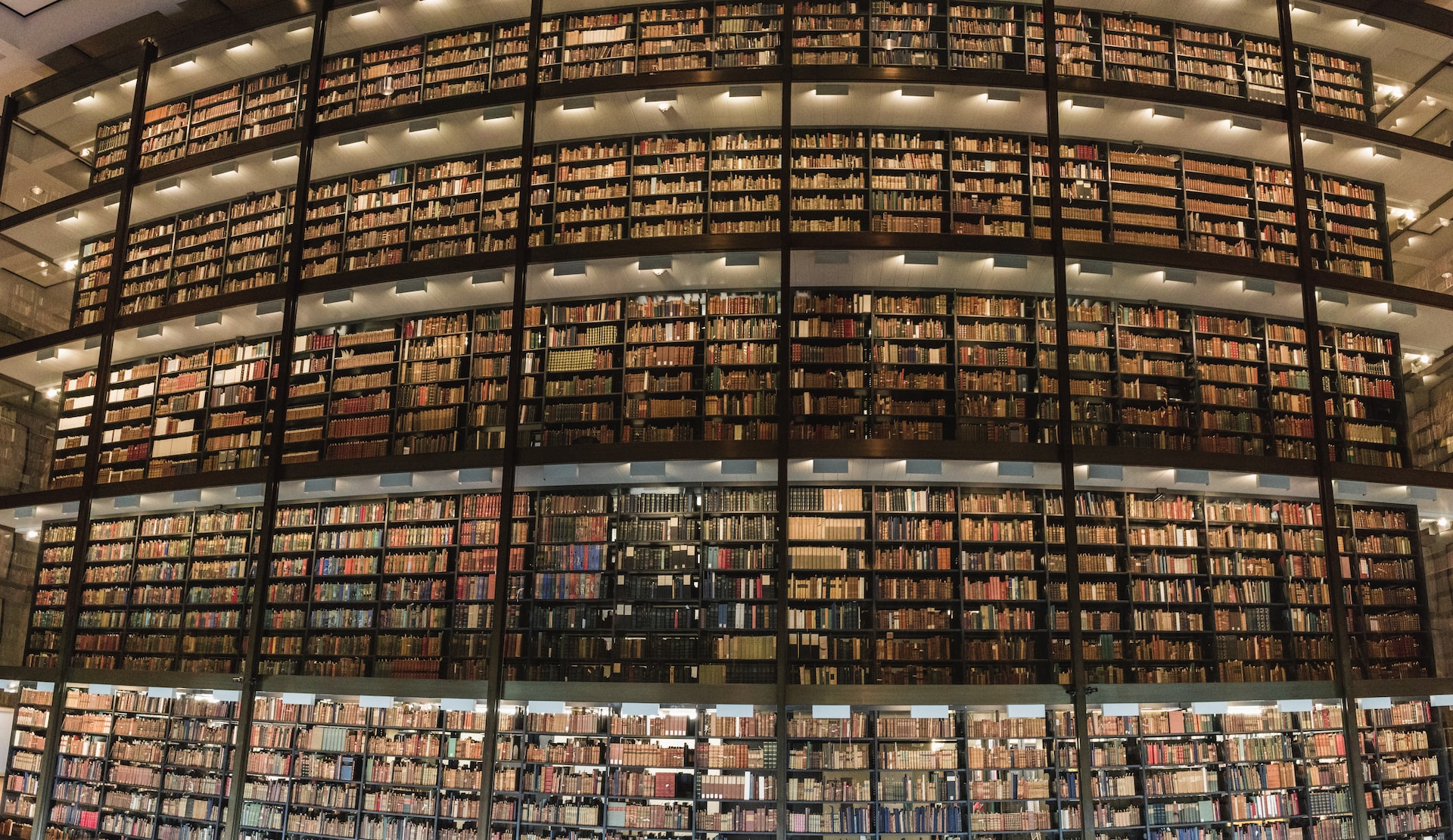 The National Library, whose construction started in 2016, was completed in 2020. The library, which can be used by approximately 5 thousand people at the same time, has a wide collection of 4 million printed works, 120 million e-publications and 550 thousand e-books. The library, where the length of the bookshelves is almost 200 kilometers, has a glamorous and magnificent atmosphere.

B.C. The library, which was founded by the Ptolemaic Dynasty at the beginning of the 3rd century, is an ancient library and is known as one of the most valuable structures in human history. The library, which is estimated to contain the largest manuscript collections of the ancient world, has managed to become a point where the most scientific and academic names of history work. It should be noted that the library was rebuilt in 2002 after it burned down. 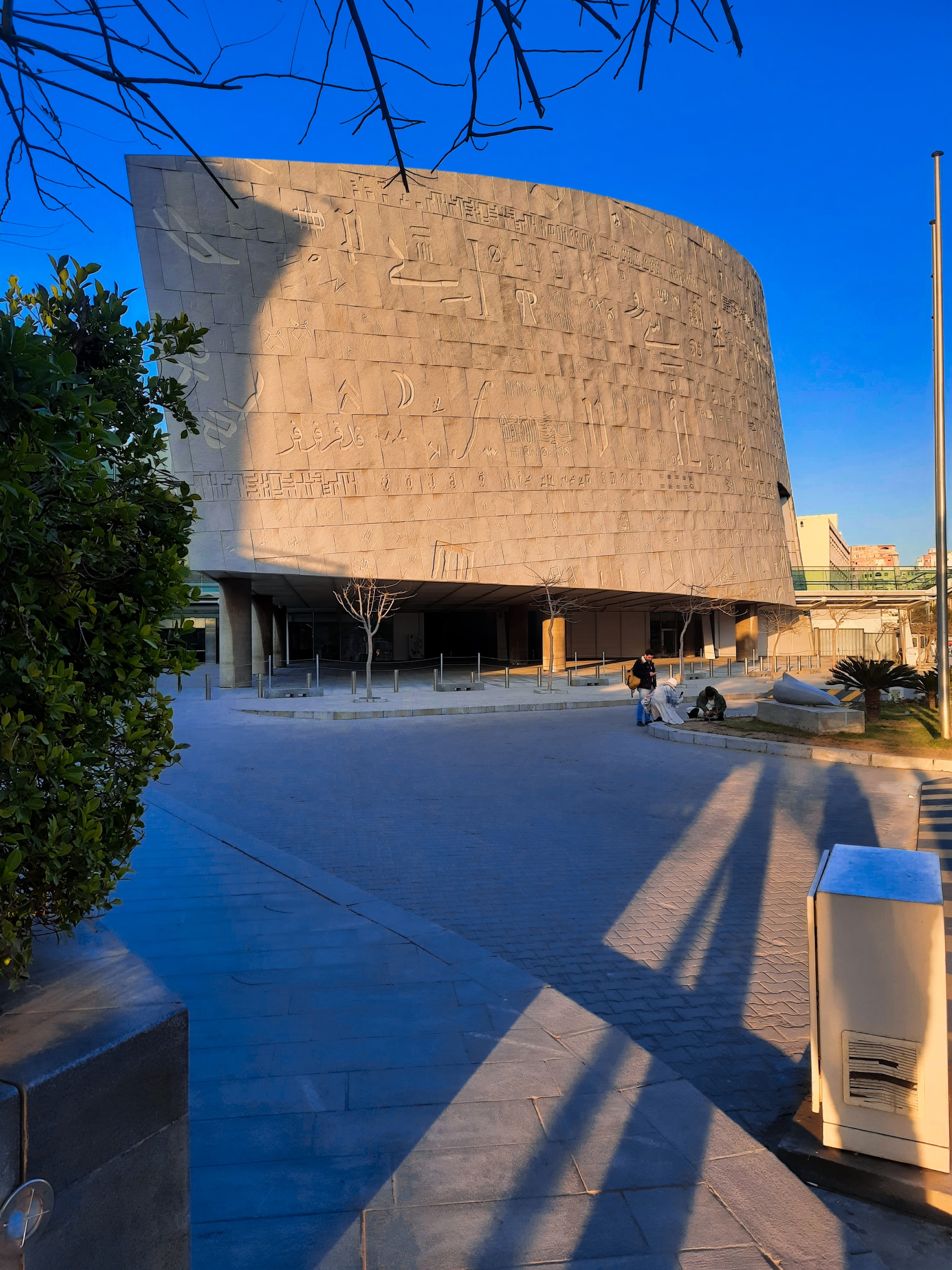 For those who love to read, libraries are an endless ocean. Once you enter, you never want to leave. Libraries are the only places that make reading…

In order to slow down the spread of the Covid-19 virus, many travel restrictions that prevent or reduce country entrances and exits were in our lives…

For those who love to read, libraries are an endless ocean. Once you enter, you never want to leave. Libraries are the only places that make reading…