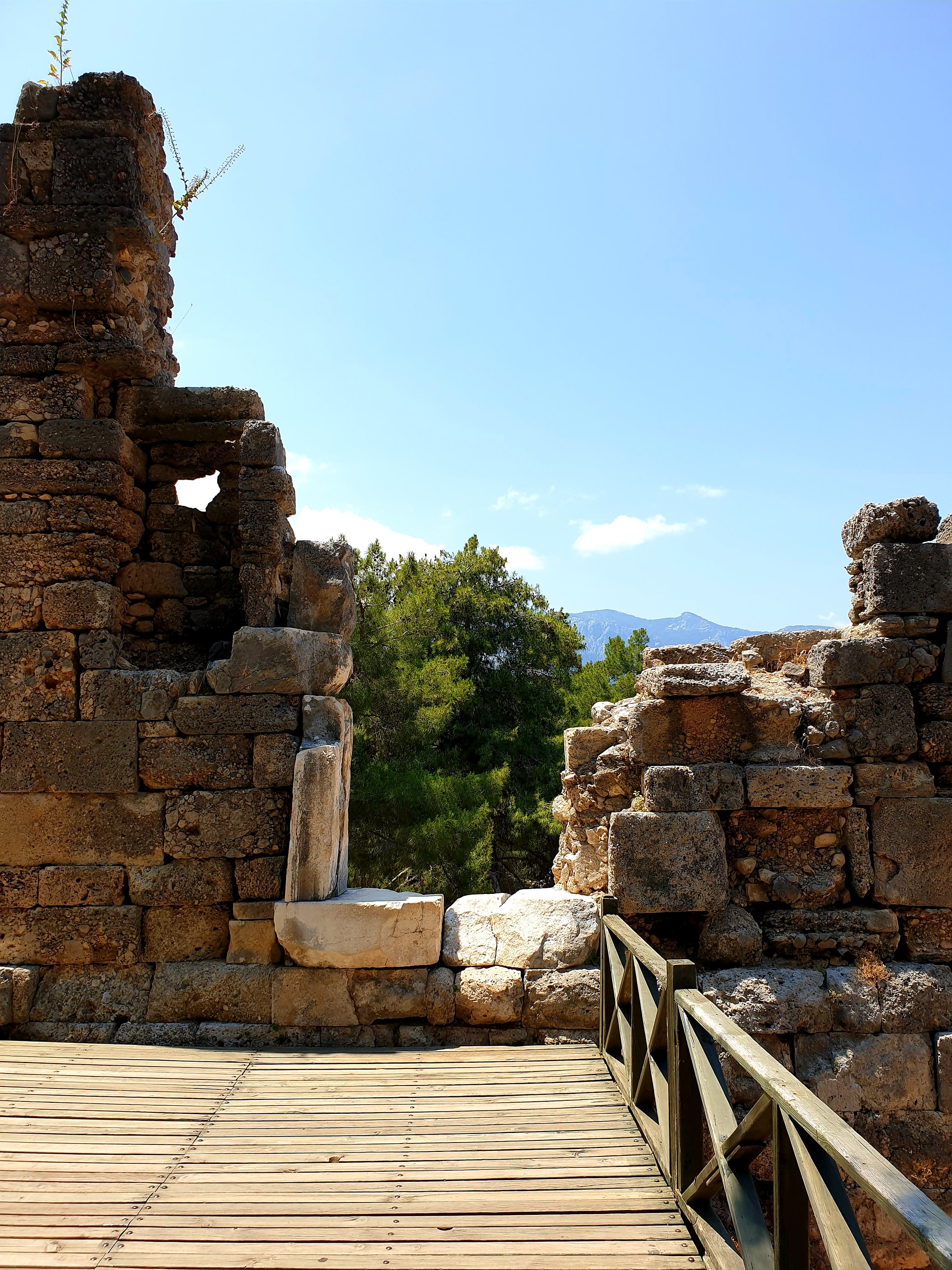 Phaselis, which is the largest port city of Antalya, was founded by the Rhodesians in 693 BC. Due to the importance of its strategic location, the city began to be called “Phaselis,” meaning “God protects.”

You can see a small theater, city walls, temple, and monumental tomb ruins, and very impressive monumental aqueducts in ruins, which can be visited with a paid or museum card. The remains of the baths, which give important information about the heating systems of the Roman Baths, are among the other important ruins you can find in the ancient city.

Known for its proximity to Çıralı and Adrasan and a popular holiday destination for many years, Olympos is the second largest port city of Antalya after Phaselis. Although we do not have certain information about the exact date of its foundation, the excavations in the ancient city of Olympos reveal that the past of this seafaring city dates back to the Hellenistic, Roman, and Byzantine periods.

The city, which was home to a magnificent beach and sea, was entered through a 10-meter high gate, which was thought to be a statue of the Roman Emperor Marcus Aurelius. Today, Olympos, where the ruins of its theatre, bath, and basilica can still be seen, is still a ruined place where excavations continue. In the marshy area covered with reeds, there are the city’s agora and some monumental tombs.

The city, which you may remember if you are interested in history from the great Trojan War, has great importance worldwide, with its deep-rooted history dating back to the eighth century BC. Important artifacts and pieces found in Xanthos, which impress its visitors with their architectural texture and richness, are exhibited in the British Museum in London today.

Among the structures that visitors can see while visiting the Ancient City are the Lycian period rock tombs, the parliament building, the theatre, the palace, and the Roman monumental tombs. However, the most famous among them are the Lycian Sarcophagus and the reliefs of the mythological characters Harpy believed to carry the souls of the dead. 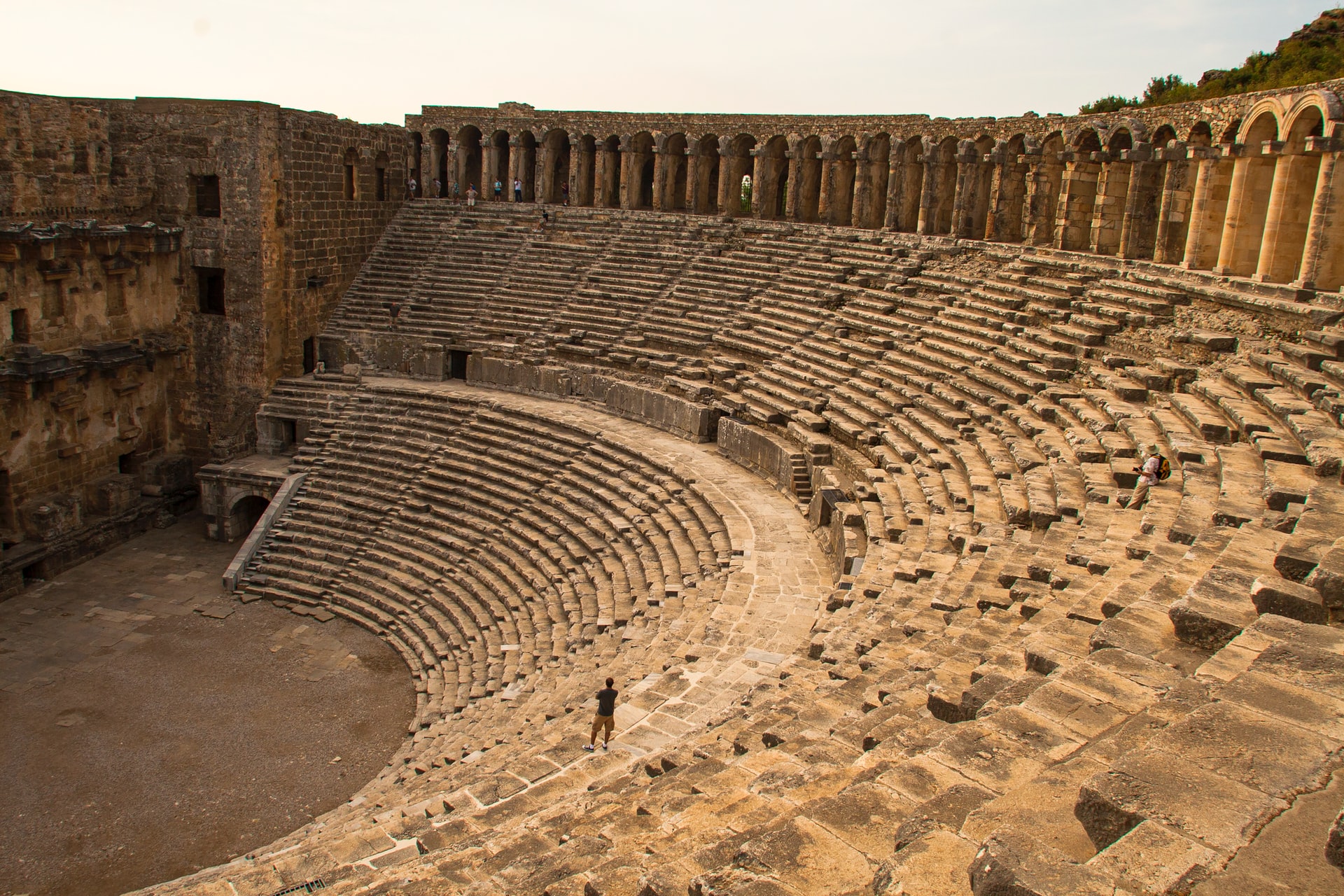 The Aspendos ancient city, perhaps one of the most well-known cities of Antalya, was founded on a plain above the great Köprüçay and experienced the brightest periods of its history in Roman times. The importance of the world-renowned Aspendos Theater is due to its uniqueness in the entire Mediterranean in terms of its architectural features and well-preserved survival. In addition to the theater, the waterway systems of the city of Aspendos are also extremely important remains in terms of being well-preserved ancient waterways.

Visitors can see a Hellenistic temple, parliament building and monumental jewelry, fountain, agora, and basilica at the site. The salt obtained from Lake Kapria near the city was the most important export product of Aspendos. Although it was a small city, it became so rich that the most valid currency of the Mediterranean was printed in these lands.

The coins found in the ancient city of Myra, which was established on a wide plain in the center of Demre district, reveal that the city’s past dates back to the fifth century BC. The Myra ancient city, which has a deep-rooted and quite old history, lived its heyday in the second century AD. Many administrative and religious buildings were built in the city, which was a key religious center at that time. After the death of St. Nicholas, known as Santa Claus, when he was the bishop of the city, he was promoted to the rank of the saint, and a church was built in his name. The Church of St. Nicholas is one of the most famous remnants of the ancient city that has survived today.

Among the ancient tombs carved into the rocks, the ones with reliefs are very striking. The well-preserved theater, the ruins of the baths where examples of early Roman architecture can be watched, and the walls dating to the Roman period are among the works that visitors can observe today.

Patara Ancient City, located at the southwest end of the Xanthos Valley between Fethiye and Kalkan, is one of the most important cities of Lycia. The remains of the Iron Age are the biggest indicator of how old the city’s history is. Saint Nicholas, known as Santa Claus, is from here. Patara, which has great religious importance for Christians, is entered from a magnificent triumphal arch. Lycian-type sarcophagi, theatre, temple, and Vespasian Bath are among the most important remnants that can be watched in the city. Due to these important features, Turkey declared 2021 as “The Year of Patara.” 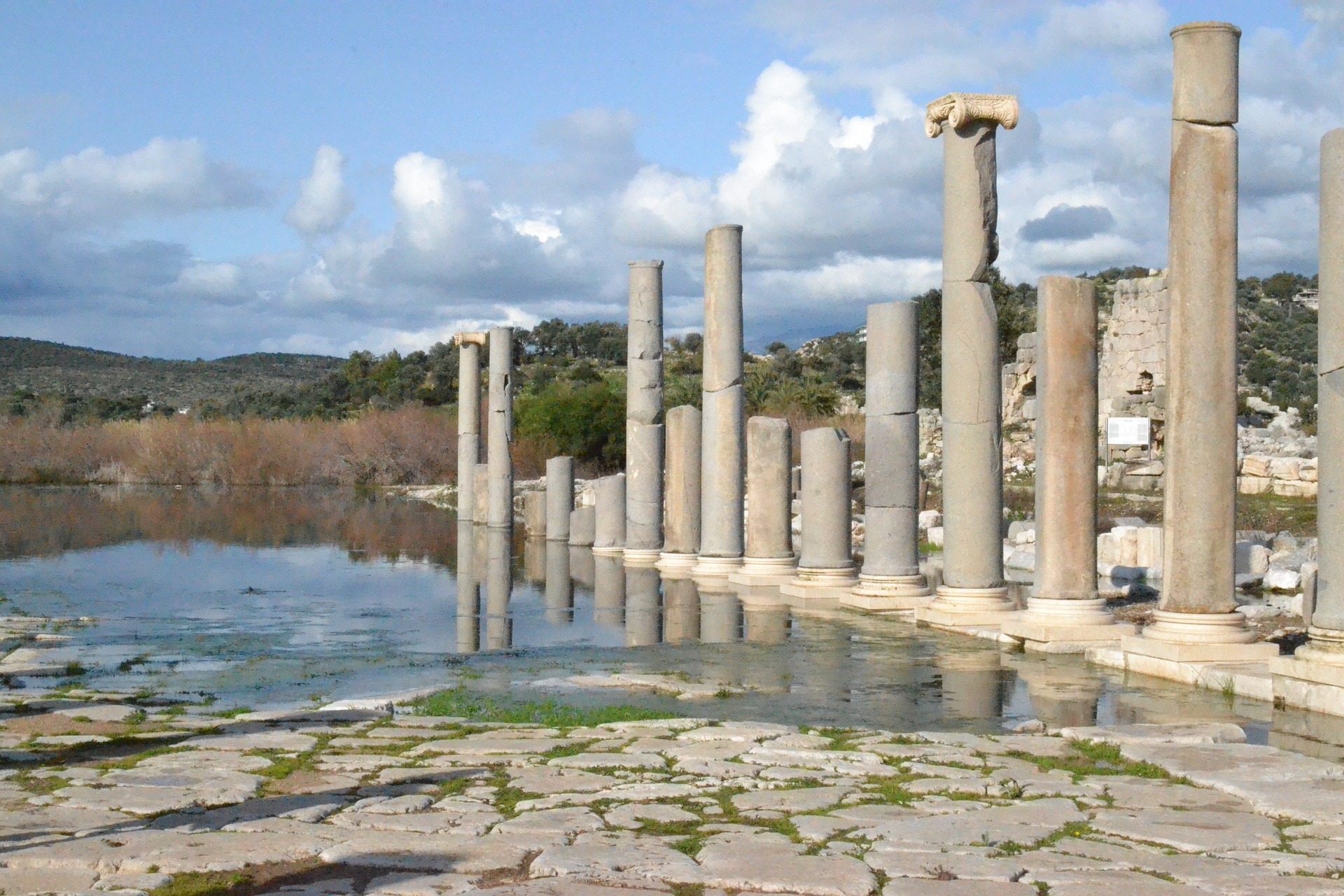