As an excellent building material, wood actually has a history of thousands of years in Anatolia. It can be said that some very important construction systems such as Hımış are of Anatolian origin. In addition, wood was used not only in residential construction but also in bridge construction and monumental buildings in the past. In the recent past, wood was perceived as a beautiful but outdated, old, perishable decorative material. Although it may seem unreal and fairy tale to most people today, even in the 1960s, a large part of Istanbul was covered with wooden houses. Istanbul, where the most extraordinary examples of the "Turkish House" tradition come into being from the 15th and 16th centuries, once had a unique living culture that developed together with the wooden housing texture. The Turkish house tradition has preserved its originality for centuries and the Turkish house has developed by incorporating the local characteristics of the tradition, culture and society in the period from nomadism to settled life.

Data on wooden housing types can be interpreted by obtaining from travellers' notes, miniatures and photographs, court records and imperial court rulings. For example, when we look at a court record from the 16th century, life first stands out in the Turkish house complex. Life at home; room, staircase, iwan, harem, selamlik and service staff have been tried to be explained. Wooden houses in Istanbul were a matter of great curiosity for European travelers. The bay windows of the houses, the wooden doors, the sofa, the windows that close quickly… Travelers who have visited the city since the 17th century tell how they struggled to take a peek inside the doors of Istanbul houses. It is sometimes seen in travelogues that these houses and the life in them are described at length. 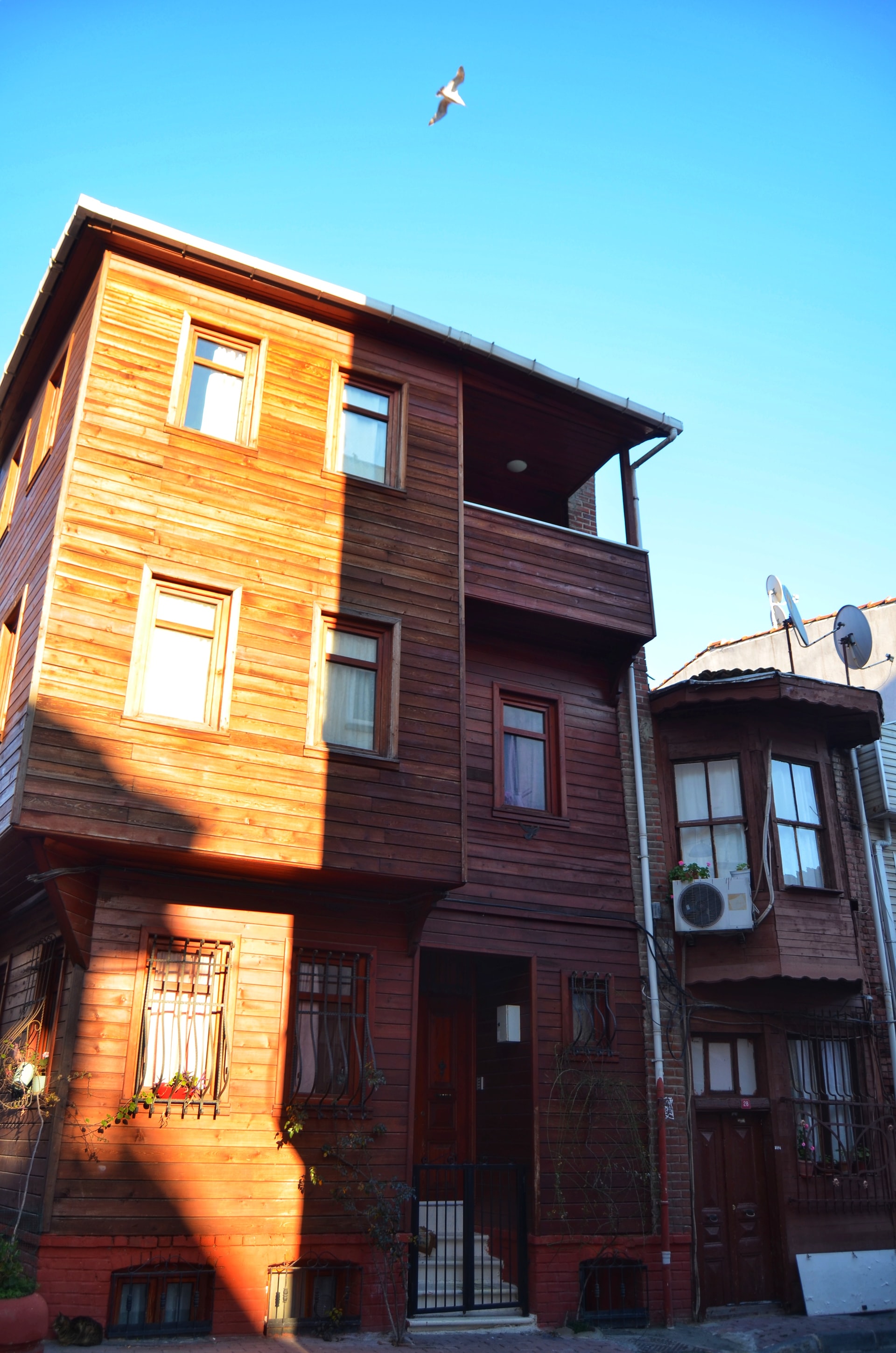 Immortalizing the examples of this tradition with unique photographic frames in his book "The Disappearing Wooden Houses of Istanbul", Prof. Dr. Reha Günay explains that these houses take place in traveler's travel books as follows: “In the engravings, another world is laid before your eyes with occasional overhangs, consoles, furuşları and eaves overflowing a narrow street. Especially the mansions, the wooden houses stretching out on that water, the window panes opening to the sea, the flickering shadows and lights on the water! It is as if you hear the splashing of three pairs of boats passing in front of the mansion. When you look at these pictures, you find yourself in a completely different environment. There was no other example of this environment in the world of that period.”

Well, why were houses made of wood in Istanbul? Reha Günay says that the main reason for this is that wooden houses can be built quickly and cost-effectively compared to masonry (stone or brick) structures. “Although it brought great dangers such as fire, the people of Istanbul preferred the wooden house. Thanks to the craft tradition of the period and the guilds, wooden houses could be built very quickly. The Ottomans were constructing buildings made for service as masonry. In this way, he was able to build structures that are much more durable and can serve for a long time.”

The biggest fear associated with wooden houses, which reminded people of their mortality and the temporary nature of the world, was fire. Since almost the entire city was wooden, fires could destroy almost the entire neighborhood. Many great Istanbul fires are told in history. For this very reason, one should be very careful when using fire at home, matches were not given to children. For example, the eggplant season fires were famous. It was given this name because the pan in which the eggplant was fried quickly caught fire and caused a fire. “When the fire broke out, the whole neighborhood, even the passersby, rushed to help. He took a volunteer to the roof of the house to take precautions in the houses close to the fire, and other people would form a chain from the fountain to the house and try to prevent a piece of wood that jumped from the burning house by wetting the roof, wetting the wooden coating and reaching the roof by blowing this house from igniting. It was even said that incandescent nails flew out of the burning house and set fire to other houses.”

Some of the old Beyoğlu's places, which you know from old black and white films, continue to keep up with the story from then to the present day…

With its local and international festivals, Istanbul has always been one of the most colorful and lively cities in Turkey. Here are the unmissable…

Sea, beaches, sun and heat... yes, longing for summer! The happiness of resting while listening to the sound of the waves on the beach. Is this a…