A magnificent formation that emerged with the eruption of lava and ashes from the mountains: Cappadocia. When you say balloon parties, local delicacies, pottery workshops, horse tours, you have to start from somewhere to discover this amazing city. Do not rush to go to this city that is the scene of movies. Make a list of what you will do when you go, and don't forget to learn about the most colorful times to go and the most ideal seasons in terms of climate.

The Best Times to Visit Cappadocia

The best times to go to Cappadocia, which has a continental climate, are the autumn and spring months. In fact, this magical city is beautiful in all seasons. When it snows in winter, when spring comes and flowers bloom, under the summer sun, magnificent Cappadocia looks like a postcard. However, walking under the scorching sun in summer or participating in balloon trips may not be very refreshing. Not being able to enjoy enough of the magical city sweating or not being able to explore the cold city as it should be can make you tired. For this reason, the spring and autumn months, which are not too cold and will not be exposed to scorching heat, can be considered extremely ideal for exploring the magnificent beauties. Spring and autumn months can be preferred as suitable seasons to explore numerous activities in Cappadocia, such as making unique balloon trips, riding horses, participating in ATV and cycling tours, taking walks under the shade of fairy chimneys in a balanced atmosphere. However, do not forget that Cappadocia is also very beautiful when it is covered in white in the winter months. The scenery of Cappadocia, which is under the snow, will fascinate you even in winter.

Time for Unique Festivals in Cappadocia

You can also coincide your trip with the festival dates of the city. Various festivals such as balloon tours, wine tastings, musical entertainment and gastronomic activities are organized in company with the colorful images of the stunning Cappadocia. Let's take a look at these beautiful festivals.

If you don't want to miss the Ürgüp vintage festival in September, start making your Cappadocia plans before September. Picking the grapes with scissors and inhaling their scent, participating in grape competitions, witnessing molasses productions will make your trip here more enjoyable. Apart from these, it is also possible to participate in various local activities. In the meantime, one should not neglect to attend vineyard tours and do wine tastings.

When you think of Cappadocia, the first thing that comes to mind is romantic balloon tours. If you don't want to miss the balloon festival, which is synonymous with the city, you can take your Cappadocia tour in July or August. The festival, which also includes balloons from different countries, is the scene of quite colorful images. It should be noted that the festival, which was held for the second time this year, was held in the last week of August. It's hard not to enjoy watching Cappadocia from the air.

Let's mention that the Cappadox Festival, which you can find music, gastronomy, artistic and cultural activities, in short, is held in June. The preparations for the festival, which is waiting for its guests with great excitement, have been completed. You can enjoy Cappadocia by participating in many colorful activities such as nature walks, yoga and meditation sessions, live concerts, tasting activities.

Whatever the season, whatever the weather, Cappadocia is a city that can always make its guests happy. But let us remind you again that July and August are the months when the temperature peaks. January is the month with the lowest temperature in the city. September, October, April, May and June are the ideal times to explore this magical city comfortably. Even if you tell me it doesn't matter in summer or winter, it is useful to pay attention to the weather conditions for your health. Cappadocia is waiting for you…

Please click to read our article about the local flavors of Cappadocia. 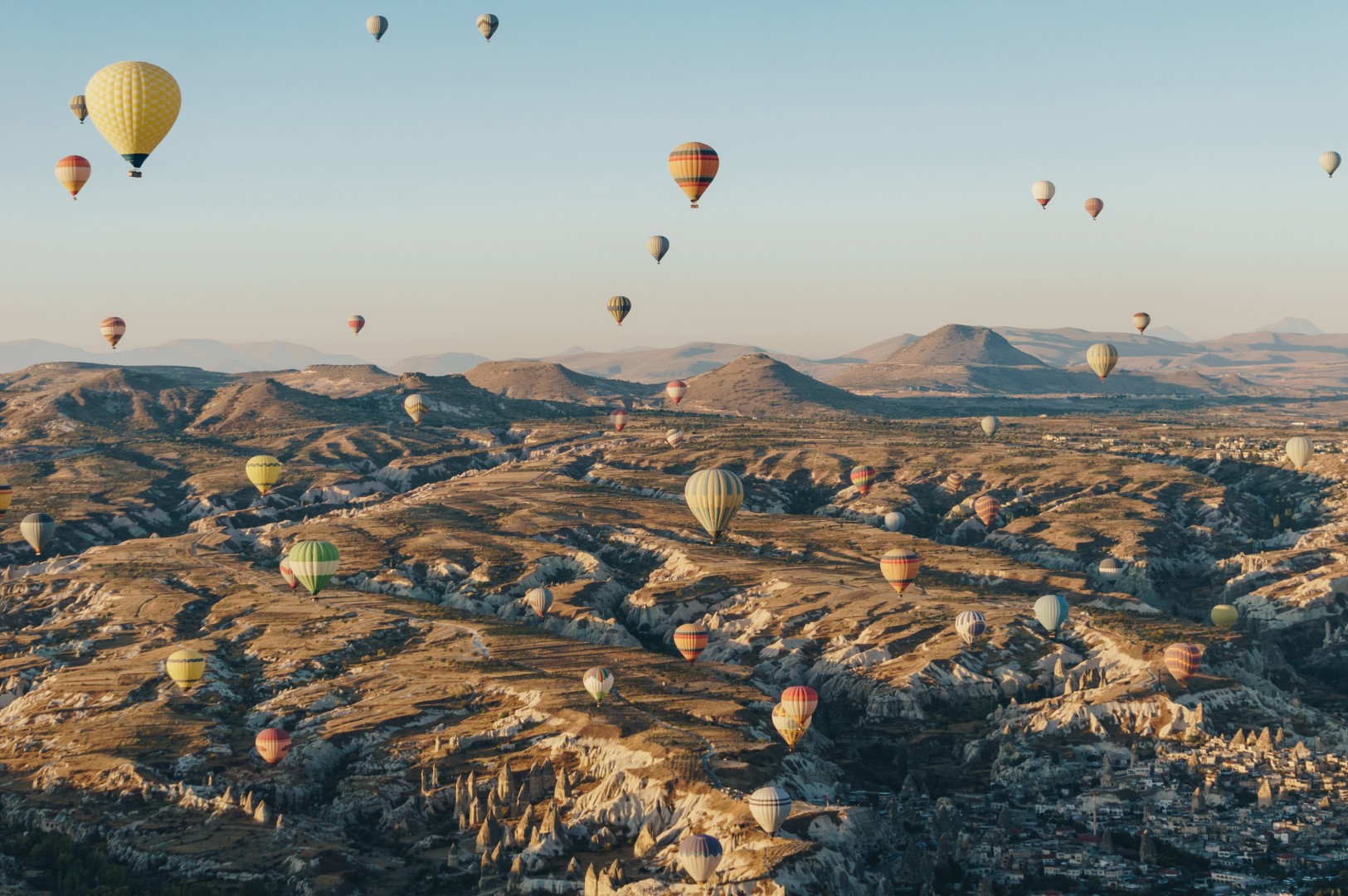