Uçhisar has the most magnificent view of Cappadocia and a peaceful atmosphere. Exhibiting its beauties as on the skirts of the rock, which is 40 meters high from the place where the fairy chimneys are, Uçhisar offers a visual feast to its visitors. A unique sunset view that will make you ecstatic is waiting for its guests who go to see Uçhisar, which is connected to the province of Nevşehir, with its beauty and astonishing magic. 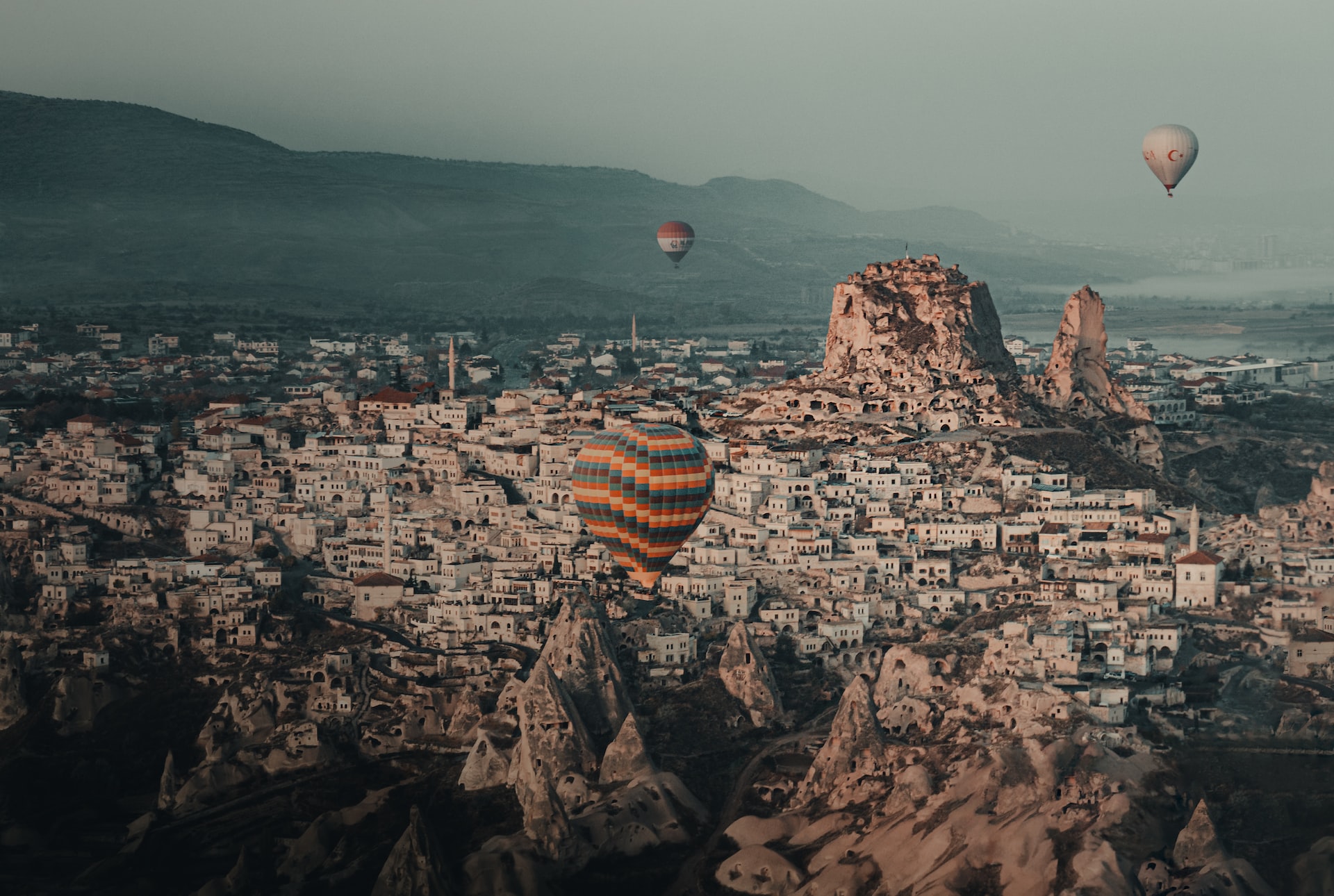 Uçhisar, which is mind-blowing with its magnificent view, is definitely among the places to be seen. With its colorful houses and clean air, Uçhisar is one of the must-visit places at the top of the traveller's list, and is one of the lifebloods of Cappadocia in terms of tourism. Almost reminiscent of a movie scene and setting, Uçhisar is one of the places that should be flooded with tourists in our country. The region, which is settled on the skirts and lower parts of a giant fairy chimney, has an eye-catching beauty with its Güvercinlik Valley, Uçhisar Castle and stone houses. In addition, this magical region is known as the highest part of Cappadocia and the point where the most visually beautiful fairy chimneys are seen.

Important Places to See in Uçhisar

There are must-see spots for travelers when they come to Uçhisar. Let's take a look at the regions to visit while we're all the way to Uçhisar. From the castle to the museum, from the scenic hill to the valley, every place is the kind that will make you witness the scenery and spirit of Uçhisar. Let's share this pleasure together.

The Uçhisar Castle, which can be seen from almost anywhere in Cappadocia, is made up of adjacent fairy chimneys. There are carved tombs, carved jars and a large cistern at the top of the castle. The larger of the two pointed fairy chimneys that make up the castle is called “Ağanın Kalesi” and the smaller one is called “Çavuşun Kalesi”. Watching the sunset from here is one of the most enjoyable moments of the day. 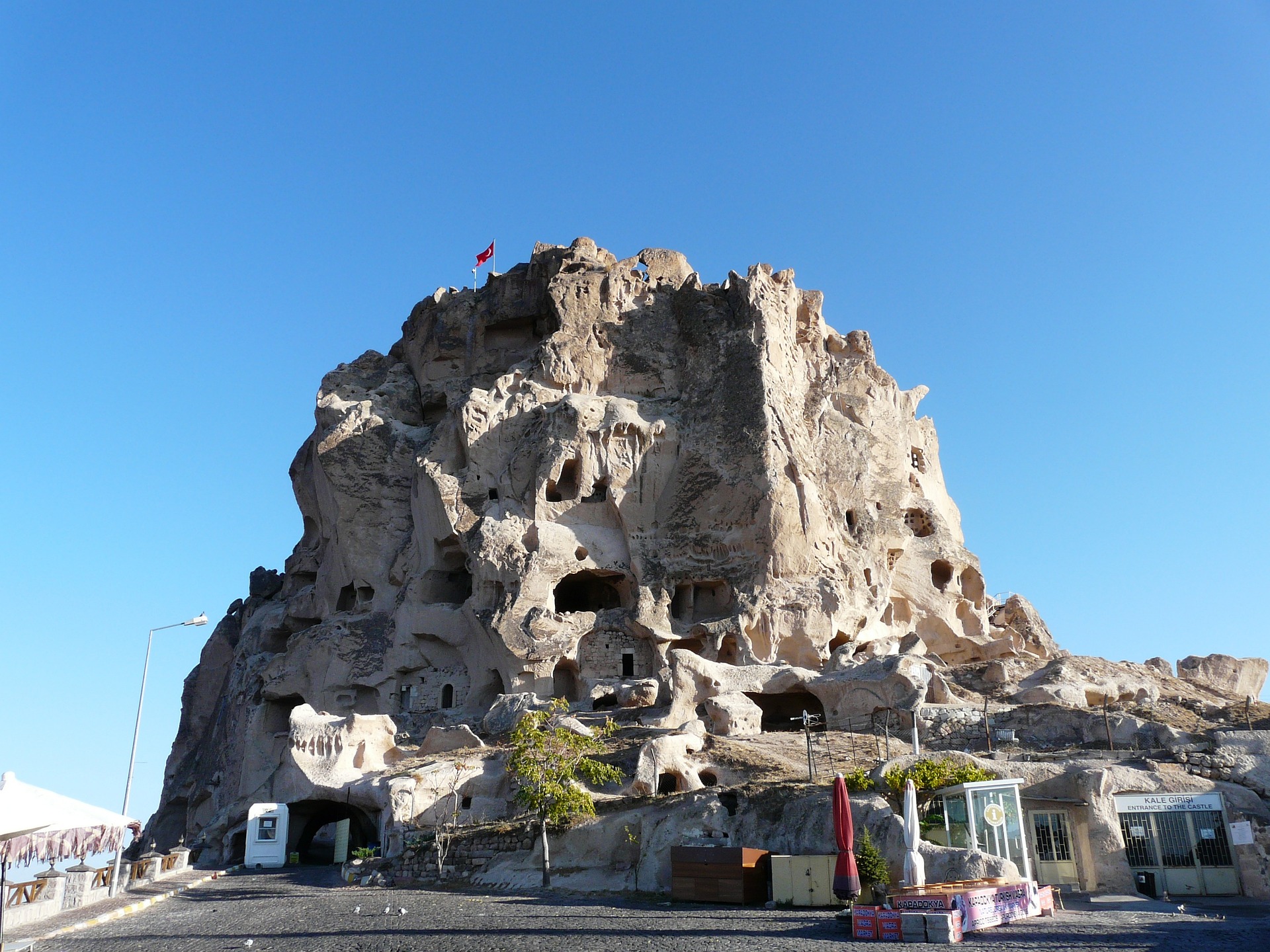 The length of the Güvercinlik Valley, located between Uçhisar and Göreme, is around 4,100 meters. Let's not forget that there are areas marked with red in the valley in order to explore the region and to guide the visitors. By the way, it got this name because a large number of pigeons live in the valley.

Göreme Open Air Museum, with fairy chimneys, carved churches and chapels, is located approximately 7 kilometers from Uçhisar. There is no one who comes here and does not feel that they are living the magical history. We can swear that you will hold your breath when you see the frescoes painted on the walls, columns and ceilings. It should be noted that it has been on the UNESCO World Heritage List since 1985. 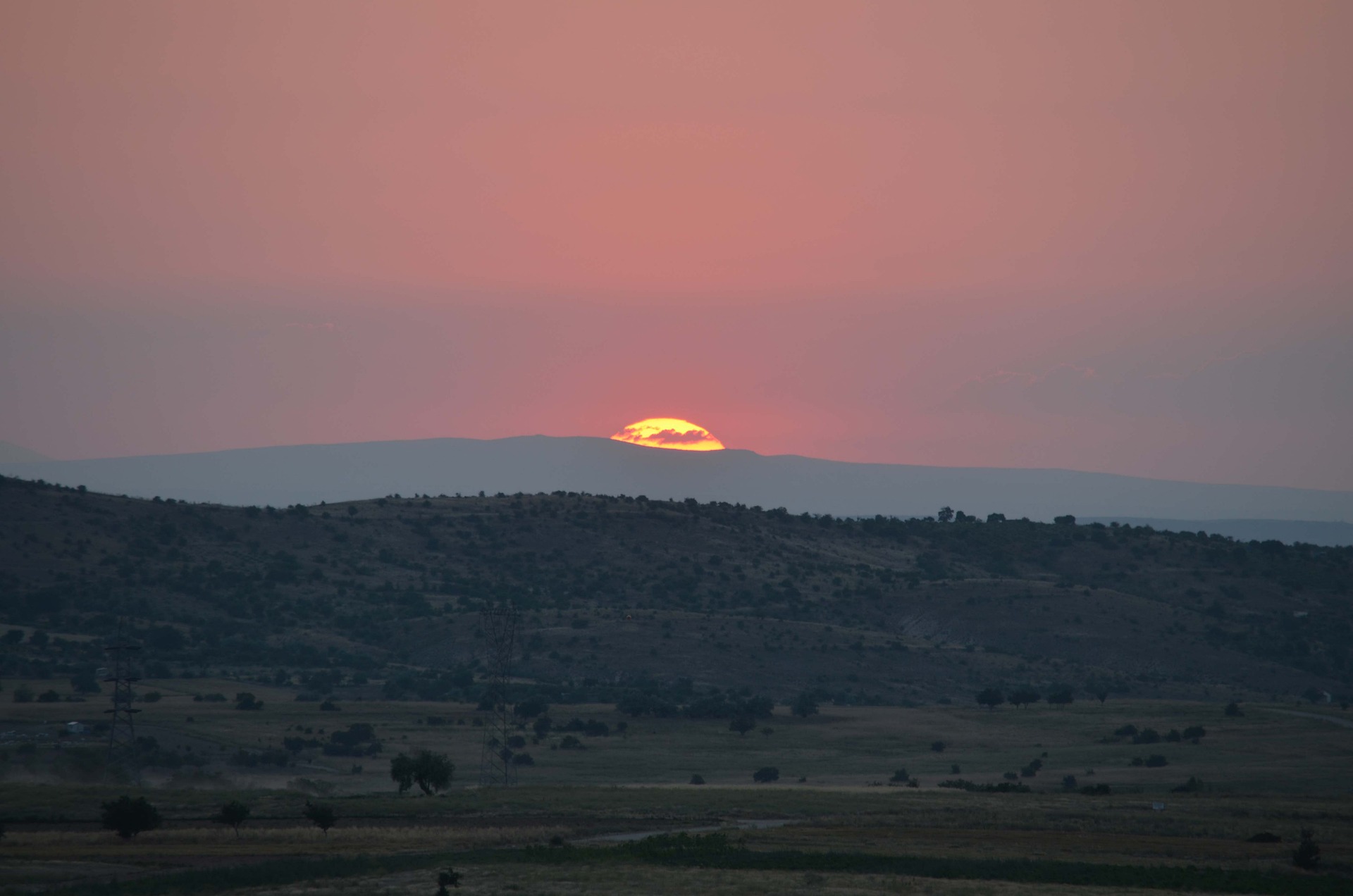 Gifts to Buy from Uçhisar

Hand-woven carpets and rugs, handmade pottery, miniature fairy chimneys, jewelry made of stones and onyx stones, souvenirs made of fountain ceramics, magnets are among the gifts that should be bought in Uçhisar. In addition to these, small and symbolic balloons, which are the symbol of Cappadocia, beautiful amulets, special wooden gifts made with wood carvings, famous Cappadocia wine, unforgettable items you can buy from antique shops, Meatballs known as Anatolian jelly made from Cappadocia grapes, are on the way back. Just some of the gifts that can accompany you.

Things to Do Before Returning from Uçhisar

Food in Uçhisar is Another Good 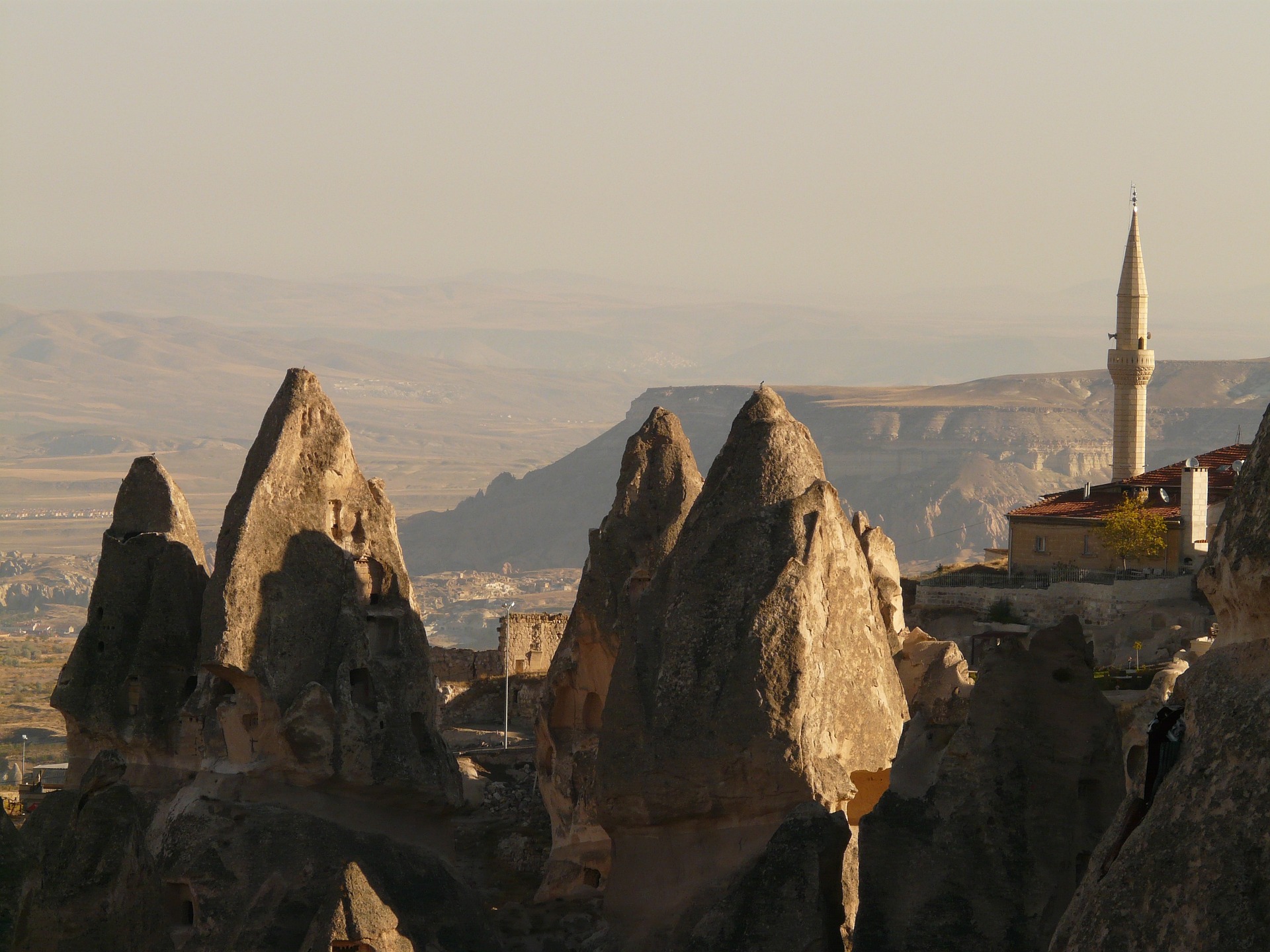 Hotels to Stay in Uçhisar

First of all, Cappadocia and Uçhisar, which joined the UNESCO World Heritage List on December 6, 1985, joined the extraordinary natural and cultural heritage list. Uçhisar, which is one of the 3 castles that dominate the Cappadocia region, took this name because of its location as it was at the far end of the region. Uchisar, which controlled the Persian Period King Road and the Seljuk Period Silk Road, has managed to be an important location throughout history. 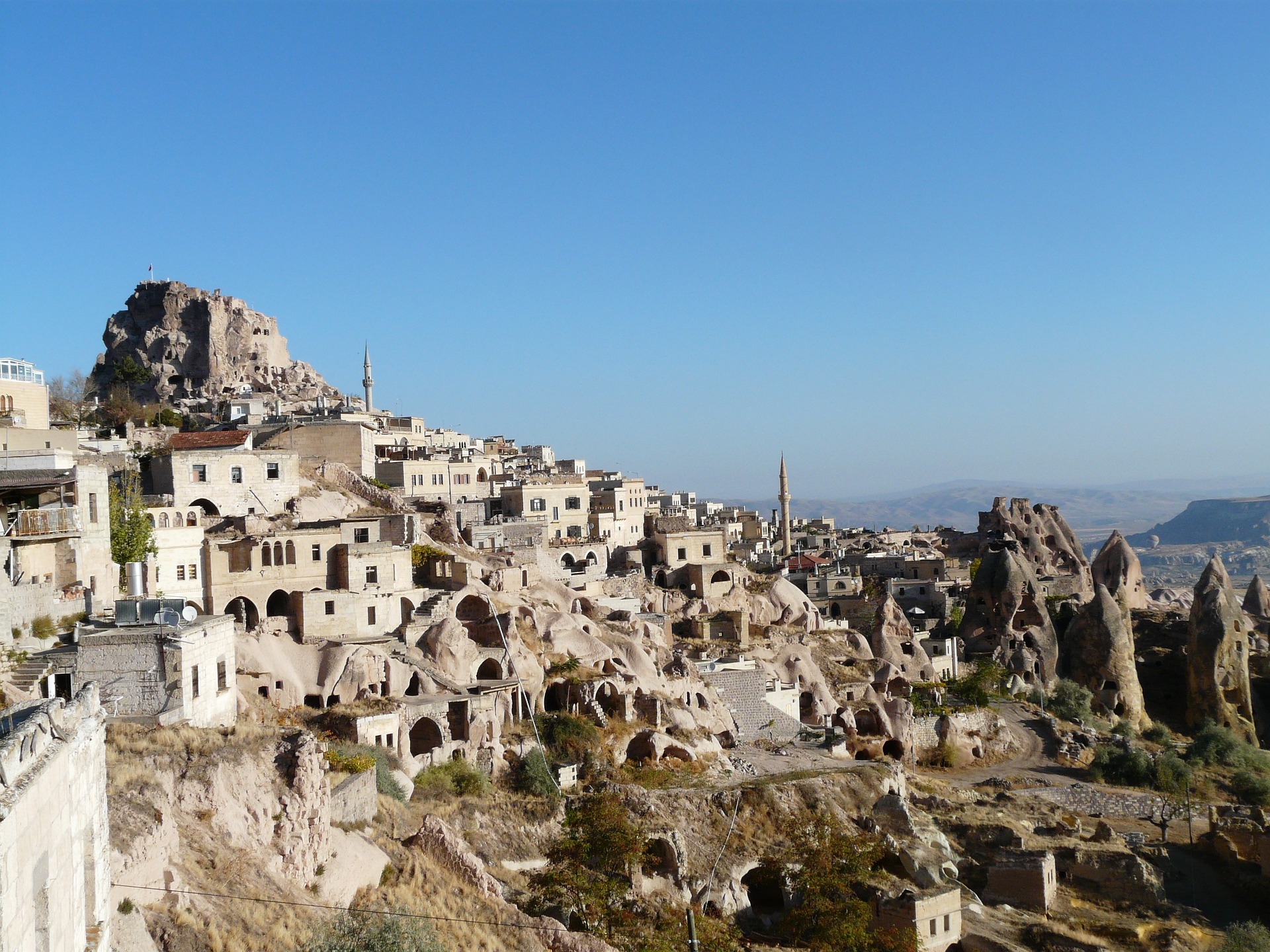 What to See near Uçhisar

Let's list some of the places to see around Uçhisar, which is close to Nevşehir, Cappadocia and Göreme: Göreme National Park, which was included in the UNESCO World Heritage List in 1985, Lovers Valley, which is 5 kilometers away from Uçhisar and has one of the most vital atmospheres of the region, It is one of the must-see spots when you come to Uçhisar.