Cape Jason, which is in the Persembe district of Ordu, continues to host curious local and foreign tourists with its natural beauty and mythological, historical story. Located in the town of Persembe, which has the title of a quiet city, Cape Jason has the distinction of being a first-degree archaeological natural site. Let's not go without mentioning that official records show that Cape Jason hosts around 100 thousand local and foreign visitors every year. Because of the location where the Legend of the Golden Fleece, which has an essential place in Greek mythology, took place, Cape Jason is of great importance for both Turks and visitors interested in history. So, where does this ‘Golden Fleece’ story come from? What features make Cape Jason so unique, where the brotherhood of green and blue is experienced?

The Golden Fleece Story of the Naturally Beautiful Cape Jason

The history of Cape Jason, located 15 kilometers northwest of the town of Persembe, whose history dates to the Romans and Byzantines, lies in the arrival of theArgonauts led by Captain Jason and Hercules to find the ‘Golden Fleece.’ So, what is the story of this Golden Fleece that makes its story so important? First, this hide symbolizes power, honor, prestige, and wealth in Greek mythology. The legend is about a group including Hercules, the god of power, under the leadership of Jason, going to Colchis, that is, to the regions of Georgia along the eastern coast of the Black Sea, in search of this Golden Fleece. According to the legend of the Argo and the Argonauts, with a ship with fifty-five oars built for the heroes, Argonauts such as Jason, Argos (shipmaster), Tiphys (steersman), Orpheus (bard), Idmon (scientist), Amphiaraos (scientist), Mopsos (scientist), and Heracles underneath his struggle lies a different issue. When Jason, the leader of the Argonauts, was still young, the king, who was at the head of the kingdom, was killed by his uncle by his father. When Jason grows up, he wants to take the kingdom from his uncle, who killed his father, and take over the kingdom. Jason needs to get the Golden Fleece for this dream to come true. The Argonauts and the Golden Fleece, who managed to get the skin after great struggles, managed to write this mythology on the pages of history. 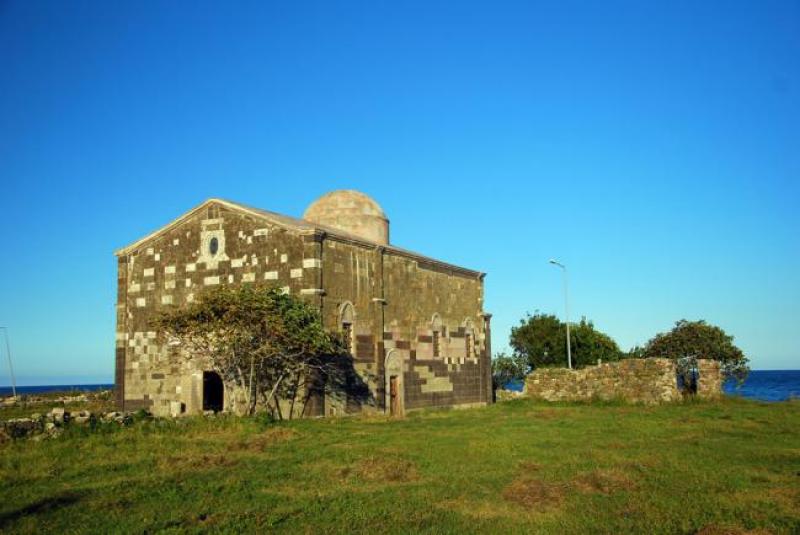 The Cape Jason Peninsula, which includes the church, has eye-catching features that attract tourists. In this natural wonder place on the Black Sea coast, both the sunrise and the sunset can be easily watched in the company of magnificent views. Cape Jason, which has made a name for itself as 'the place where the sun swims in the sea,’ manages to attract many nature lovers who want to watch the magnificent view that sinks from the horizon at sunset. Cape Jason, where the desolation is felt so profoundly, is waiting to welcome its visitors who come to see it with its green camping areas, the beauty of its natural structure, and clean air. Keep in mind that the Greeks built a lighthouse on the Cape Jason, where there are fishponds, submarine shipwrecks, and caves carved out of stones about 4,000 years old, which allows you to create a breathtaking view of the cape.

Cape Jason: Pearl of Ordu to which Persembe District is connected

Cape Jason, which has made a name for itself with its natural beauty, is located in the Persembe district of Ordu, one of the most beautiful cities of the Black Sea. There is an old church called 'Panaya' under this cape. This church, built by the Georgians and Greeks living in the region in the 1800s, is also known as Jason's Church or Jason's Church. The presence of a single church on this peninsula along the Black Sea coast is another important feature of the peninsula. In the town of Persembe, which is about 14 kilometers north of Ordu, there are beaches to enjoy such as Hoynat Island, which was used as a shelter in the past, Çamburnu Lighthouse with a beautiful view, Deniz Kabuğu, Çeşmeönü, Çaka Beyaz Kum, and Vona. If you visit Cape Jason, never return without visiting these points.

How to Get to Cape Jason

You can reach Cape Jason, 17 kilometers northwest of the town of Persembe, in about 20 minutes by following the beautiful coastal road of the Black Sea by private car. You can also take as a second alternative, by your vehicle, the inner region route, which is more curved, and via Ramazan Villageroad and Bolaman Road. First, road travel or plane travel from some areas of Turkey can be used as alternatives to reach Ordu. After reaching Ordu-Giresun Airport, you can get to the town of Persembe by public transportation, minibus, or bus. You can also rent a private car from the airport to travel as you wish. Visitors who prefer buses as the highway can reach the town of Persembe by personal vehicles, taxis, or buses departing in front of the bus station from Ordu Bus Station. 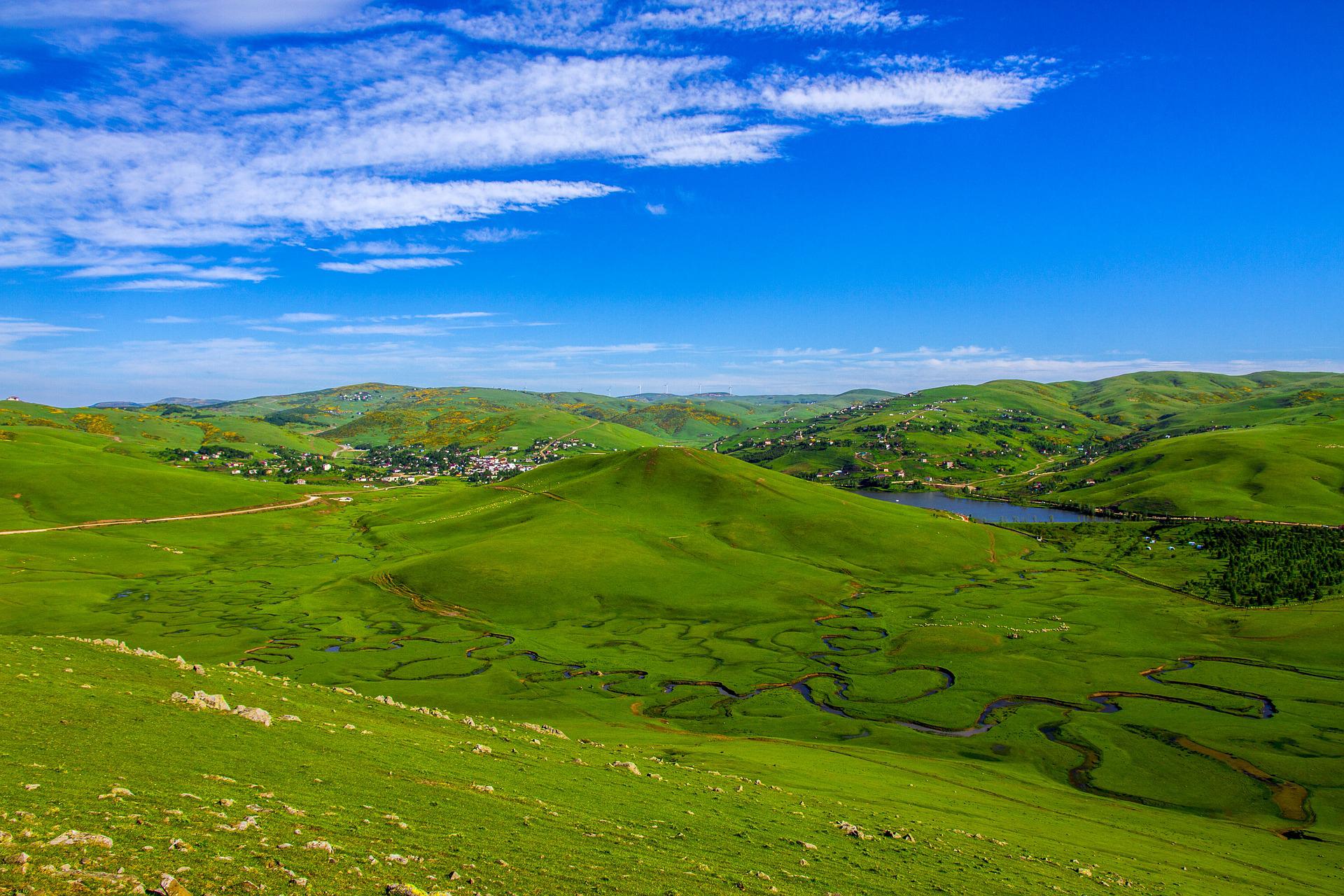 You have arrived in Persembe, the district of Ordu; you cannot return here without tasting the flavors unique to the Black Sea. Let’s look at the local delicacies. First, note a wide range of soups, desserts, fish, and various pastries in these beautiful lands. Kaldirik or Galdirik Roasted Meal prepared with local herbs, Dible Meal prepared with green beans, leeks, eggplant, leaf peas, and rice, Black Sea Anchovy Bread, which is at the top of the list, Black Cabbage Dishes prepared with various alternatives, excellent flavor, and local Corn Ground Wheat Wrap one of the must-taste flavors. Apart from these, Ordu Pita with different varieties from cheese to fried, Georgian Roast prepared with delicious butter, Beet Slab prepared with kale or beetroot and meat or minced meat, Ordu Toast starring sausage and cheddar cheese, magnificent Haddock and Steamed Sea Bass, are the other main dishes. Corn Flour Oil prepared with dry cottage cheese, feta cheese, delicious White Corn and Beetroot Soup, thin phyllo, and homemade baklava with its exquisite taste are unforgettable.

Cape Jason, which is in the Persembe district of Ordu, continues to host curious local and foreign tourists with its natural beauty and mythological…

Being one of the most beautiful regions of Turkey, the Black Sea hosts thousands of local and foreign tourists every season of the year with its…

Cape Jason, which is in the Persembe district of Ordu, continues to host curious local and foreign tourists with its natural beauty and mythological…