10 Food You Must Taste at TUM Gastronomy Hub! 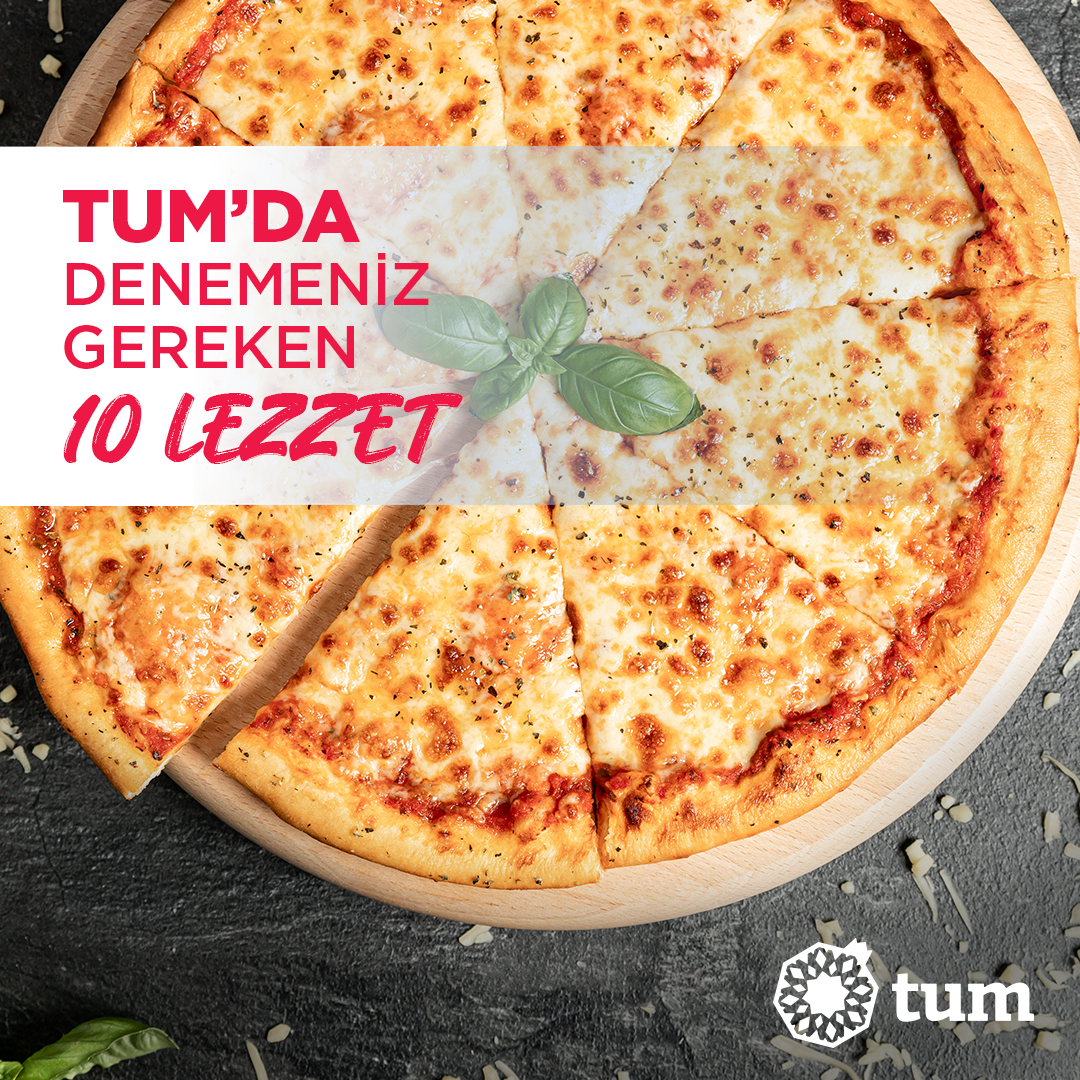 You should eat cağ kebab, one of the unique flavors of Erzurum, the king of the local dish, at Tadında Anadolu. You can find Tadında Anadolu, which contains more than 700 carefully selected regional dishes, at IGA Istanbul Airport at the following location: 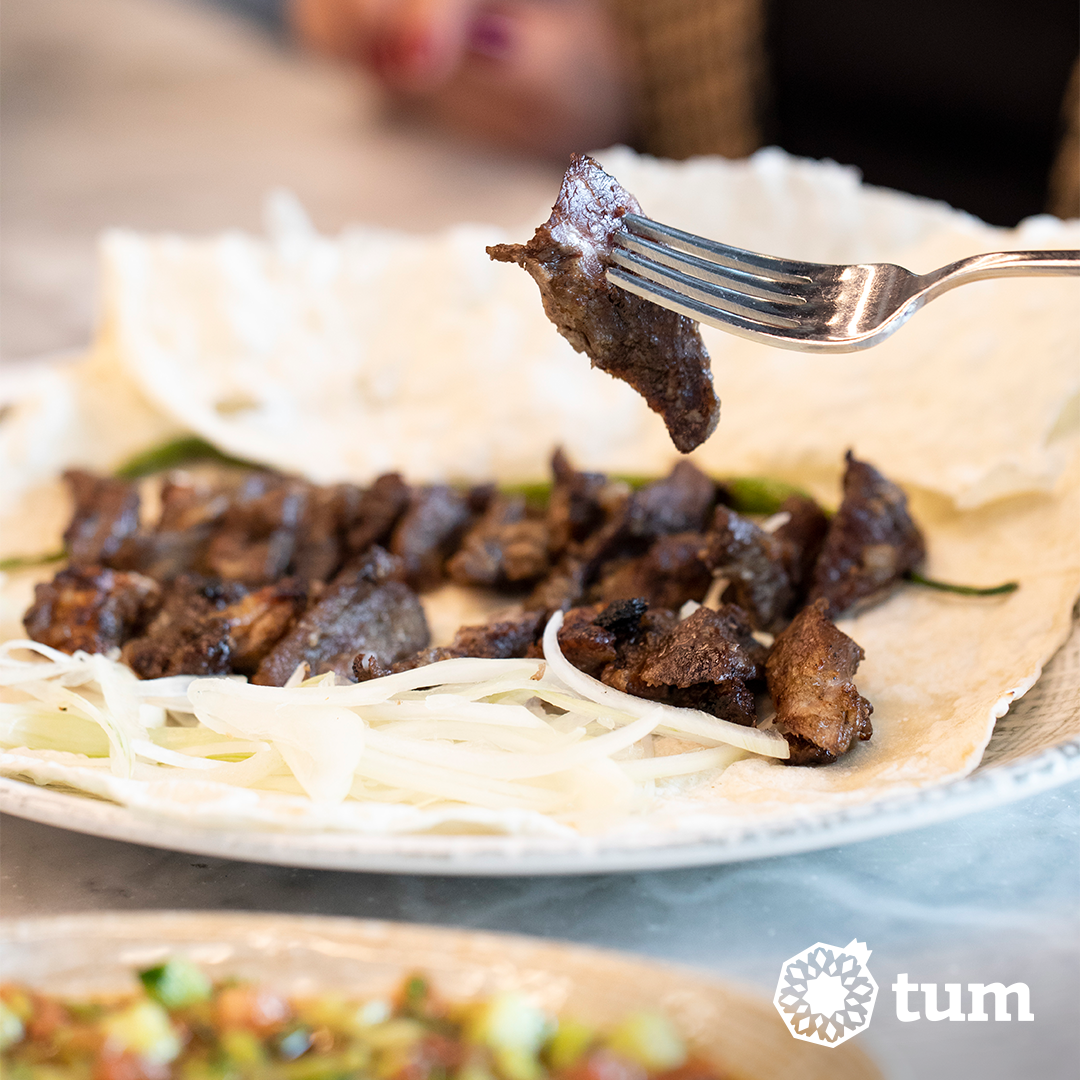 Iskender, one of the most famous kebabs in the Bursa region, is a meal whose main ingredient is doner kebab, but the factors that make it really valuable are the butter poured on it, tomato sauce, fatty pita pieces under the doner kebab, and yogurt served with it.

To eat a delicious iskender with plenty of butter from HD İskender, the first brand to offer the traditional iskender to the whole of Turkey with its restaurant concept, you can come to the following position at IGA Istanbul Airport: 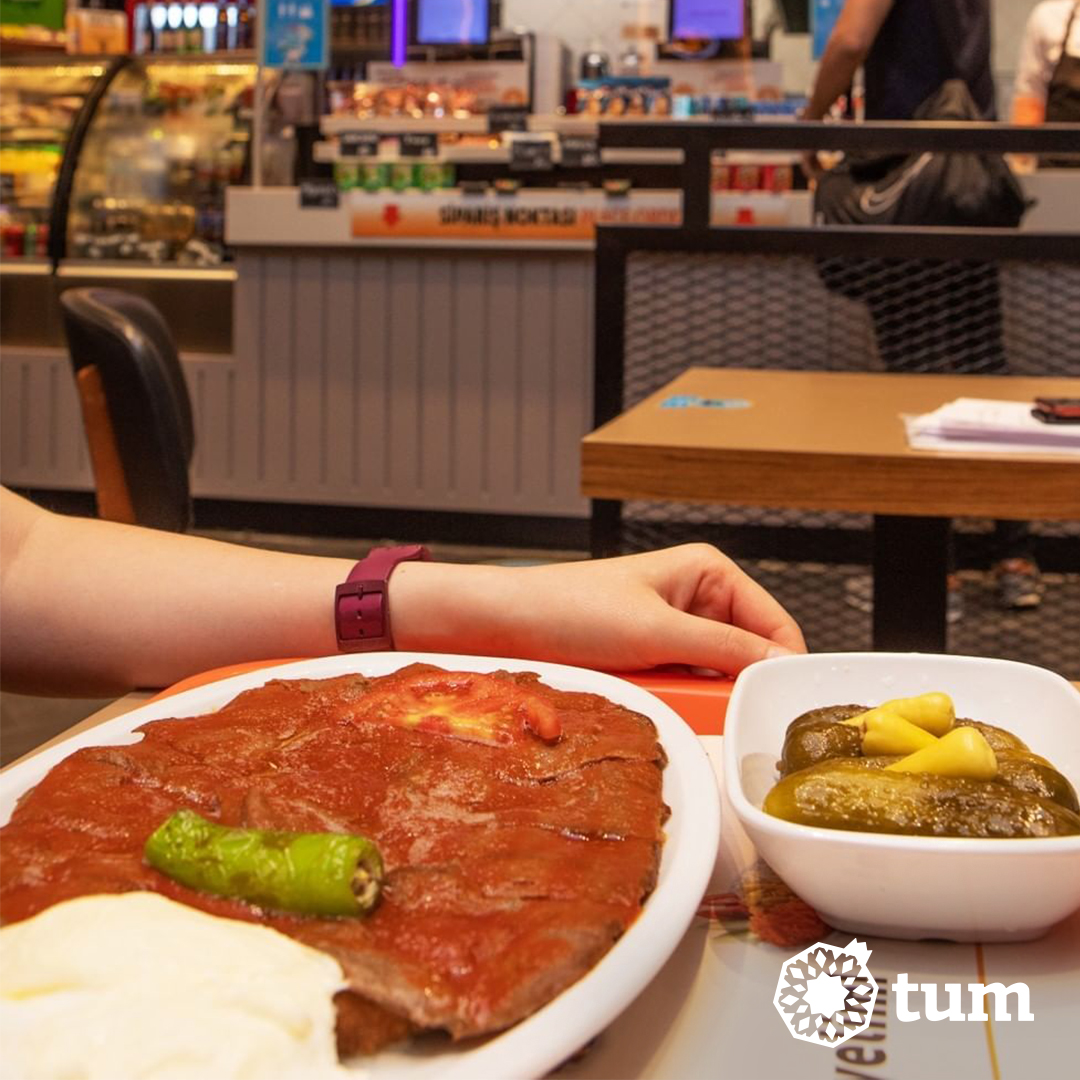 Would you like to reach Japanese street delicacies in Istanbul? If your answer is yes, Yo Sushi is waiting for you.

In our restaurant, you can try our special Japanese teas along with our Ramen, Sushi, Nigiri, Temaki, Sushi, Sashimi, Popcorn Shrimp, Yakisoba, and Street Food varieties, or you can choose and prepare yourself from our freshly prepared products turning on the belt.

If you’re a fan of Far Eastern cuisine, you can find Yo! Sushi at the following location: 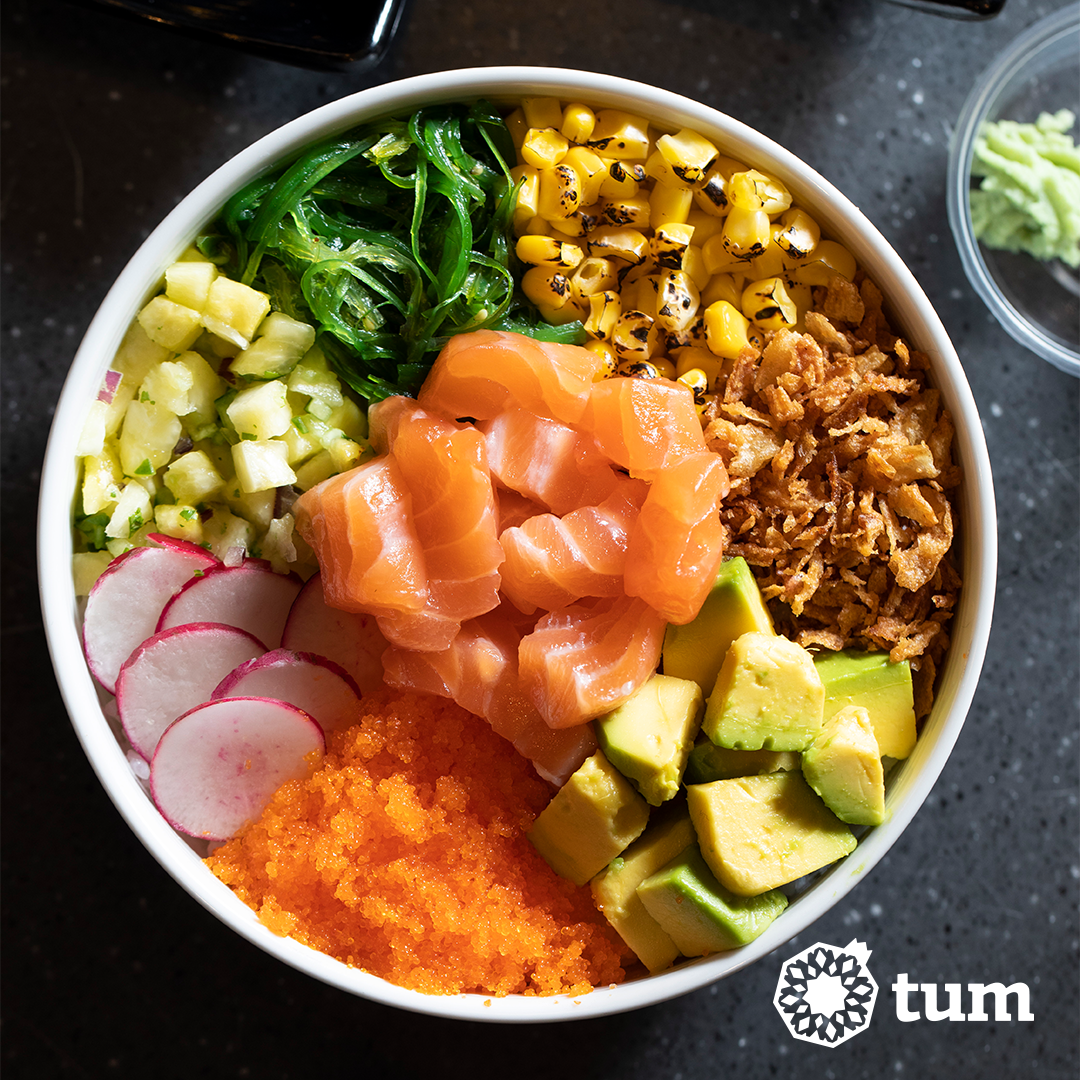 Although yogurt is not known exactly by which civilization it was first discovered, it is estimated that its past dates to the Mesopotamian Civilization. It is very recent that yogurt, which has an important place in Turkish culture, has started to be consumed in America. Unlike Turks, Americans like to consume yogurt, which has a history of only 45-50 years, in the sweet category by adding various candies.

If you’re not an American, but if you say you love fruity yogurt, Sincerely Yogurt is the right address for you with its healthy and delicious frozen yogurt options. Moreover, you can design your own taste by choosing. For a sweet break, you can find Sincerely Yogurt at: 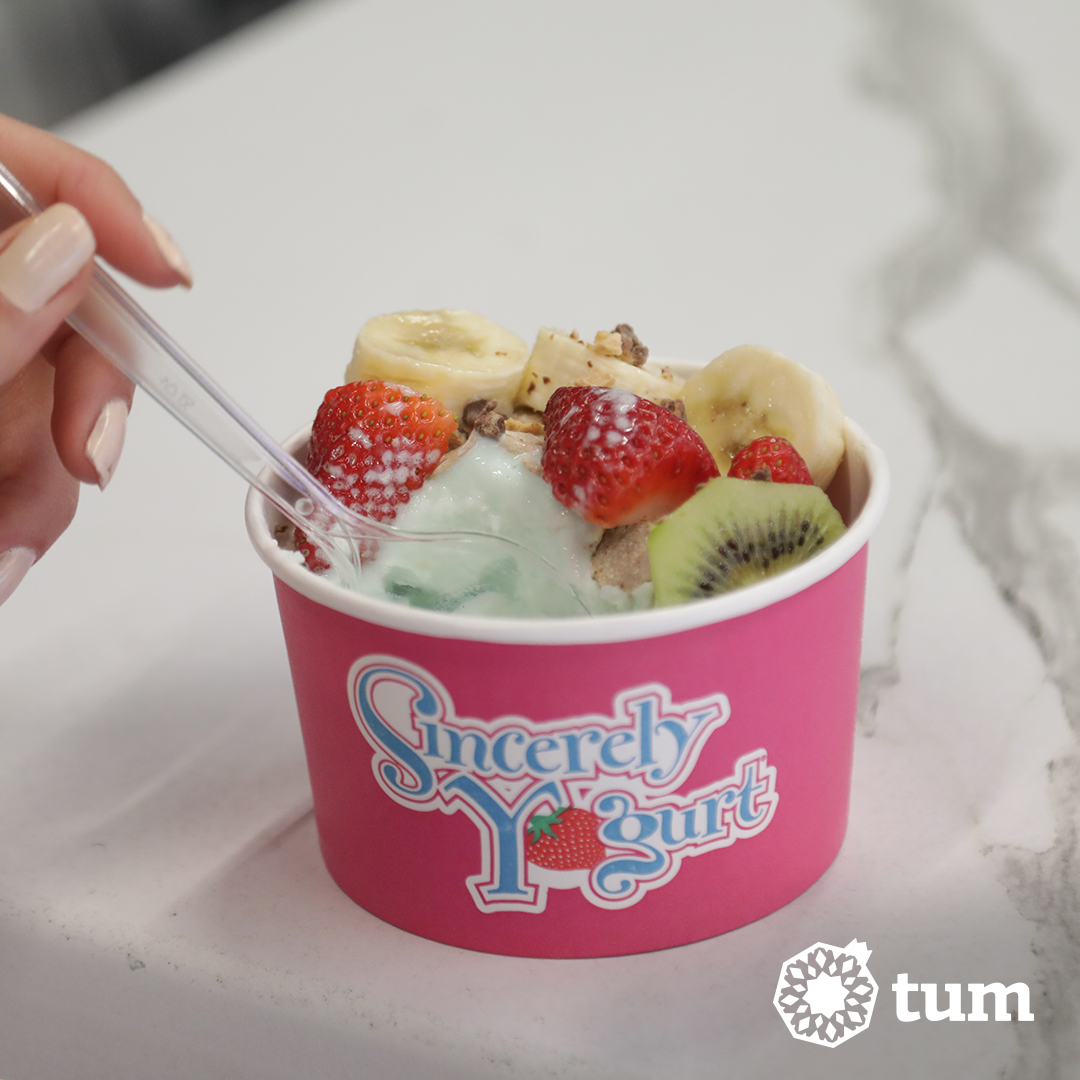 You should eat Pizza Margherita prepared with local ingredients at Pizzeria Enzo.

This flavor, where mozzarella cheese, parmesan cheese, basil, and olive oil meet, will take you to the streets of Italy. You can find this unique taste at Pizzeria Enzo in the Gourmet Trilogy concept at IGA Istanbul Airport at the following location: 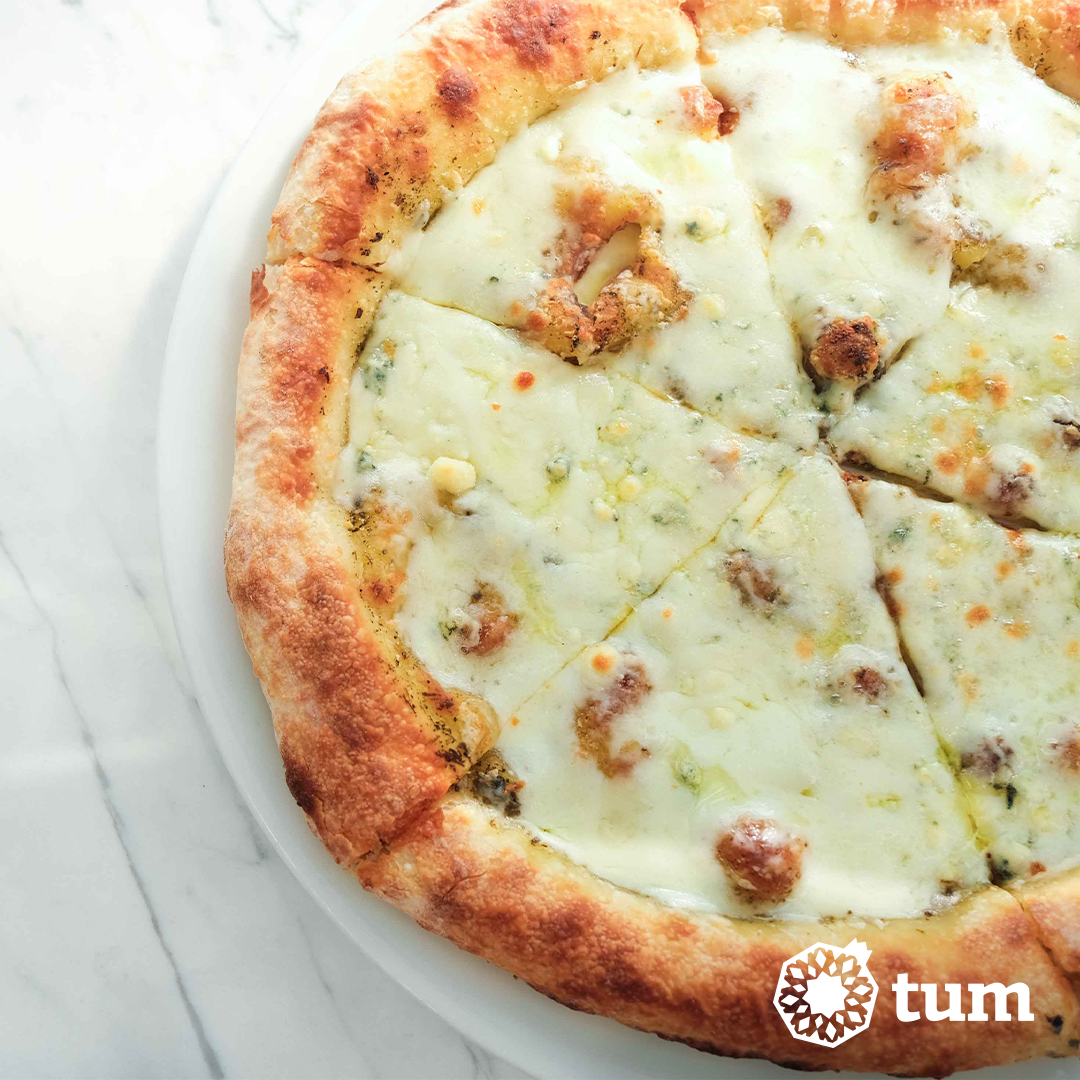 Nothing beats freshly brewed traditional Turkish tea. When we look at the history of tea, which is an integral part of our culture, we see that it is not as old as we thought. The planting of the first tea nursery in our country took place in Rize in 1923. Although not even 100 years have passed, Turkey has already taken its place among the countries that consume the most tea and export the most tea.

If you’re one of those who say, “Let’s drink a freshly brewed Turkish tea,” before the flight, you should prefer the Çay Saati, which will meet all your requests. You can reach Çay Saati, which is located at three different points at IGA Istanbul Airport, from the following locations: 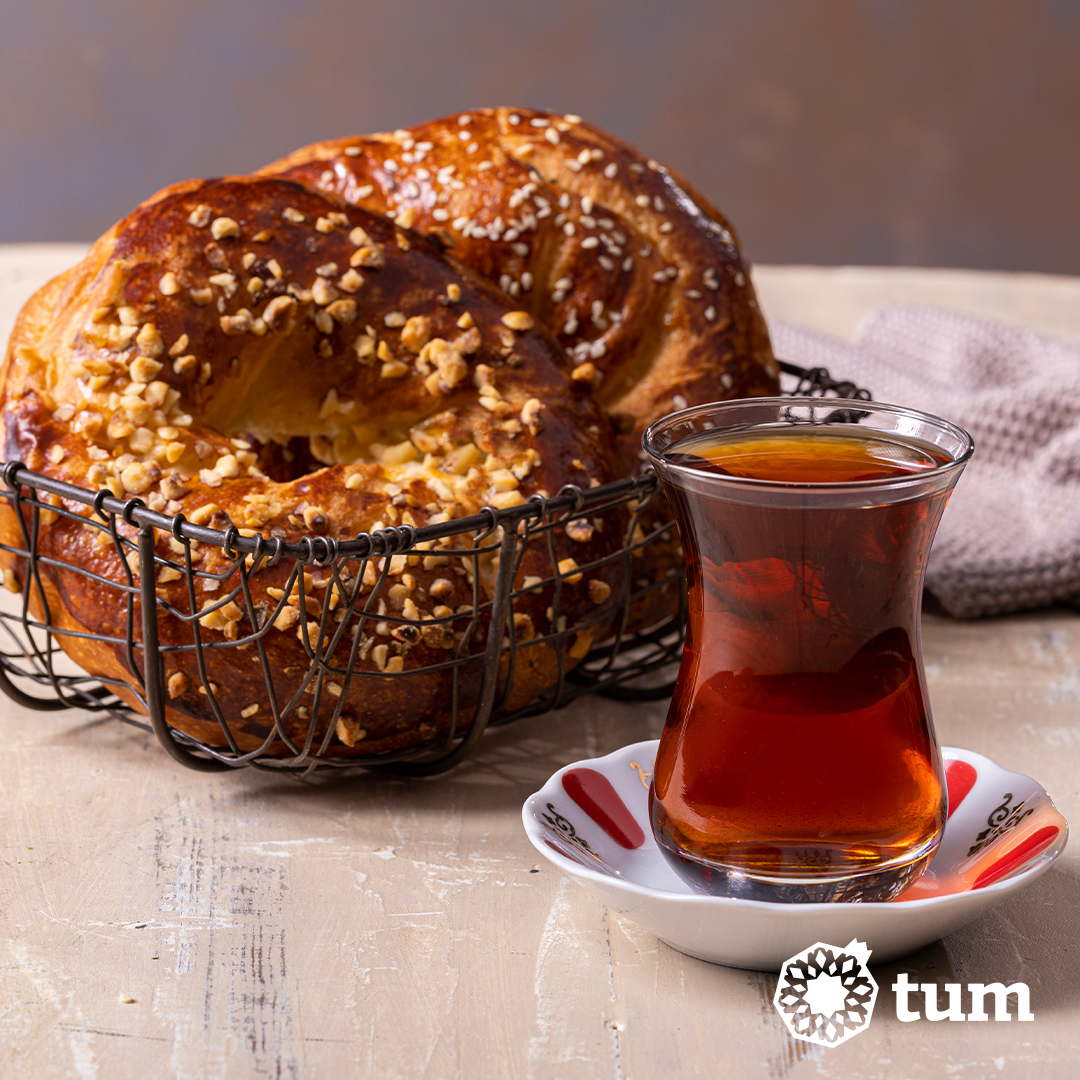 The history of simit, which is a widely consumed food in the Middle East and Balkan countries, dates to the 1500s in Turkey. Although the main ingredients of the simit, which was recorded as being consumed in Istanbul in 1525, are dough, molasses, and sesame, we also enjoy consuming many different types today. One of the favorites of these varieties is the one with sunflower seeds!

You can reach the simit with sunflower seeds from Simit Sarayı, which is located at 9 different points at IGA Istanbul Airport, and you can guarantee a pleasant journey by eating a crispy bagel before the flight.

After International Lines/Passport Control (A Pier - Across A7 Gate)

After International Lines/Passport Control (B Pier - Next to B9 Gate) 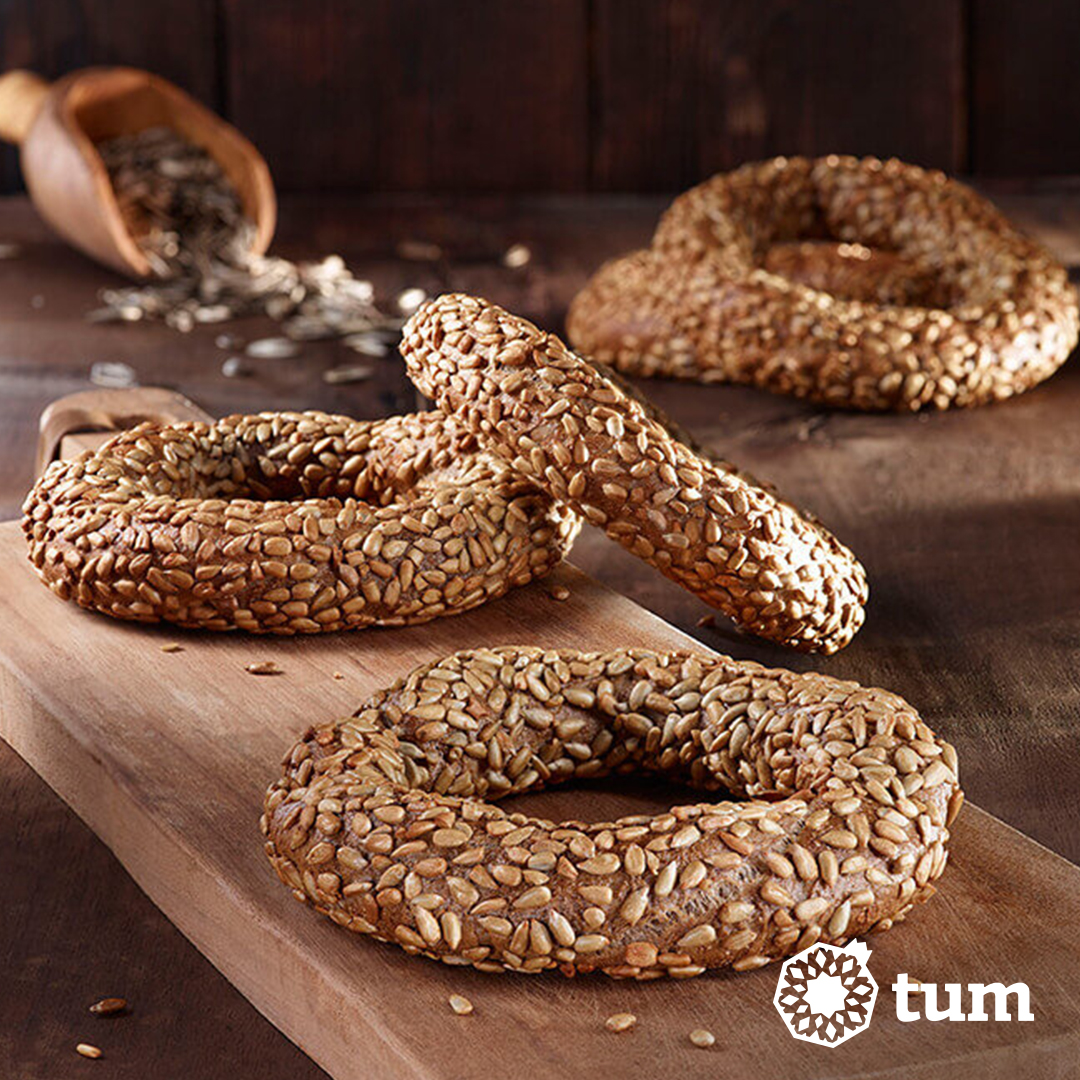 The first way to cook doner, which was discovered during the Ottoman Empire, was to bottle the spicy meat slices horizontally, just like Erzurum Cağ Kebab. It took the vertical form we know today in the 19th century. Although we all identify it with Bursa, there are rumors that this process first started in Kastamonu.

Along with its sympathetic name, tombik doner kebab, which stands out with its filling and taste, continues to be the favorite of doner lovers.

If you want to feast on a tombik doner with rich ingredients stuffed into puffy bread, HD Doner is the perfect fit for you.

HD Doner is located at 2 different points at Istanbul Airport: 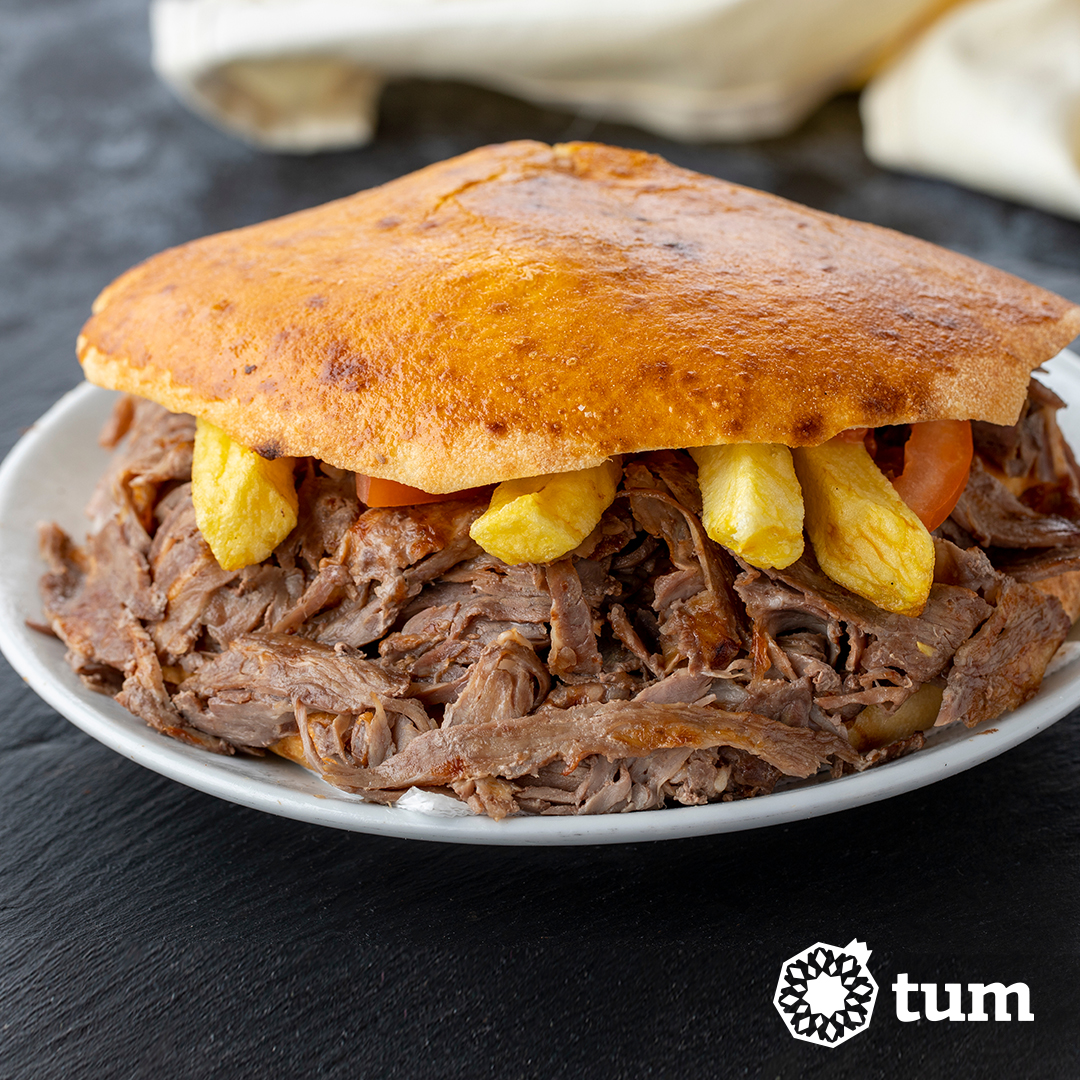 The spicy wing, which is the combination of fried chicken wings with hot sauce, is a delicious dish consumed by many people.

If you’re craving, you can go to Popeyes, which provides service at four different points at IGA Istanbul Airport, and have yourself a spicy chicken wing feast.

The address for chicken dishes is Popeyes, at the following points at IGA Istanbul Airport:

We know that the best, top-grade, aromatic seeds grow and mellow in the higher elevations. In order to capture the indispensable taste and balanced aroma of Cups & Clouds; we mix Arabica coffee beans from Brazil, Honduras and Colombia and roast them with our specialised medium roasting technique that will remain on the palate.

Cups& Clouds, which has 4 different branches at IGA Istanbul Airport, is the ideal address for you to enjoy a nice coffee before your flight:

Arrival/Before Security (Near By No.10 Exit Door of Terminal/Plaza Floor) 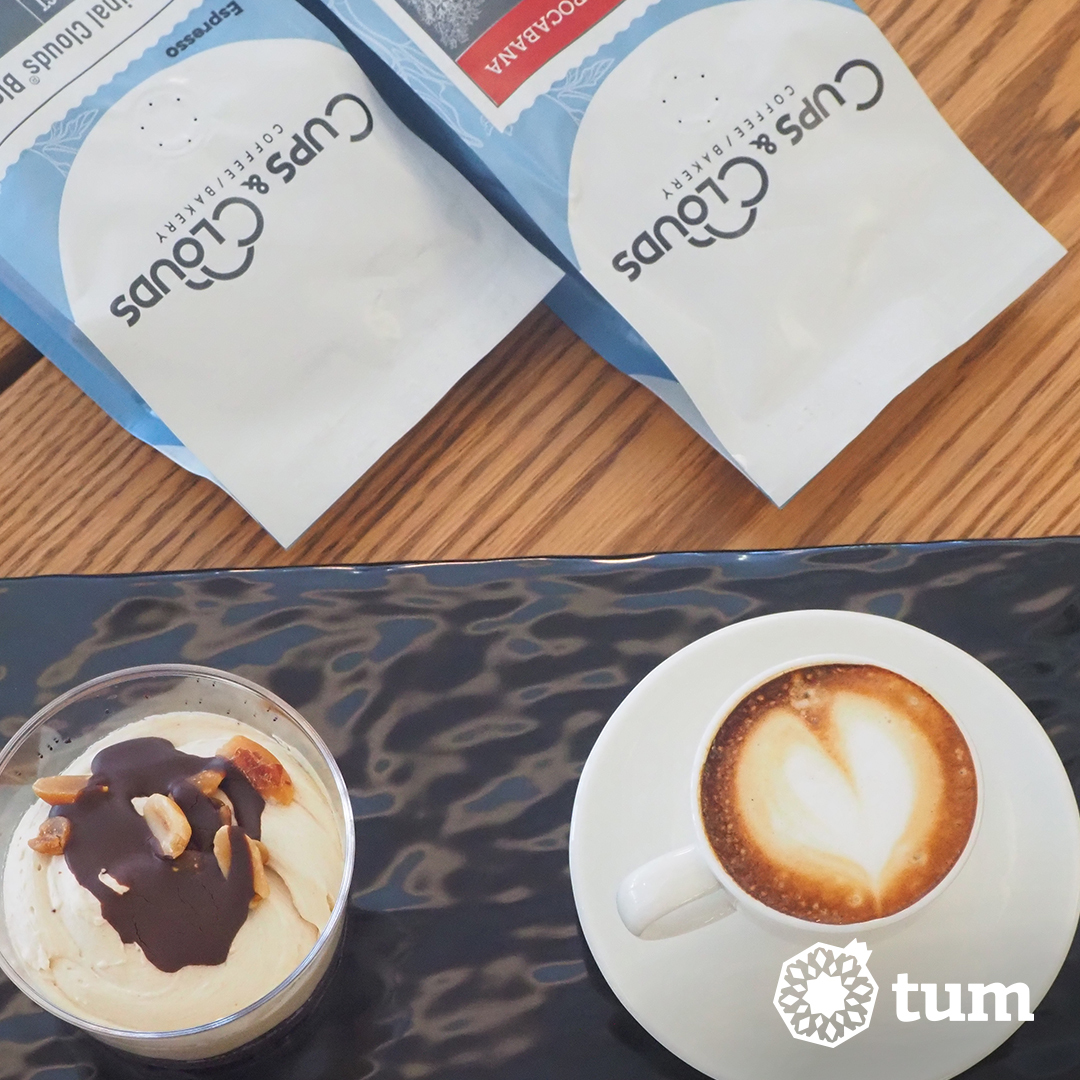 How The New Food/Beverage Services are Provided at The Airport

While waiting at the airport for our flight or in-between flights, we surely need to eat or drink something. As the airports take all the precautions…

Natural Places to Visit in Istanbul

We're in city, but we're not that much... It is only a matter of time before the inhabitants of İstanbul find themselves among the greenery…

What is The Black Box And How Does it Work?

The Black Box is a device that records flight details including cockpit dialogs and engine speed. It was invented by the Australian scientist David…