The Poet of Istanbul: Aşiyan Museum

Even though Tevfik Fikret was a teacher and a painter, his most well-known fact was that he was a poet. One of the most important names of our literature, Fikret was one of the leading figures of Turkish literature on the way to Westernization. Apart from his literary works, one of the most valuable works of Tevfik Fikret that he left to literature and art lovers is his house, which he prepared himself. Known as “Aşiyan”, the house has been used as a museum since 1945. The most important reason why the Aşiyan Museum has such a great place today is that the poet spent the last years of his life here. 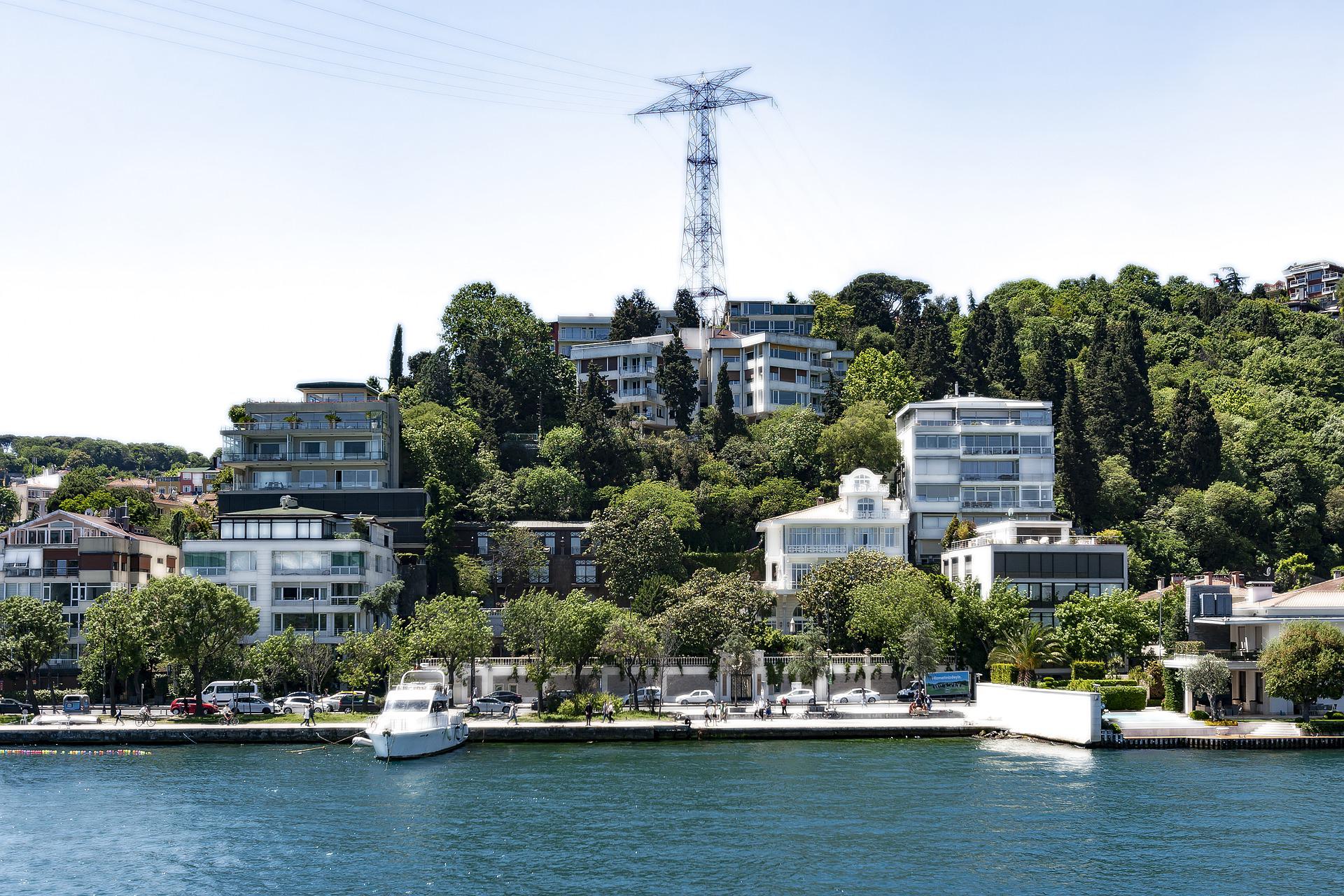 The Aşiyan Museum, located in the Bebek district of Beşiktaş and on Aşiyan Street, was started to be built in 1905 and completed in 1906. In fact, the reason why the museum, which was used as a house in the past, is so important that it was the house where the famous poet Tevfik Fikret lived between 1906-1915. The fact that the house plan was drawn by Tevfik Fikret himself makes the house and its current museum status even more valuable. The plan of the house he had prepared reveals Tevfik Fikret's refined taste. Although the house was used as a house for Tevfik Fikret and his wife for 9 years, after the death of the poet, it was turned into a museum in 1945.

The museum, which is frequently visited not only by literature and Tevfik Fikret fans, but also by all art lovers, consists of a total of 9 sections, including the garden of the house.

The first place called the living room is at the entrance of the house. Here are the works of the poet and a wax statue of himself. There are separate parts in the room for Hüseyin Efendi, the father of Tevfik Fikret, and Haluk Fikret, the son of the poet. Apart from his original works and the poet's wax statue, the objects that increase the value of the room once again are paintings. The painting by Şehzade Abdülmecid Efendi, inspired by the poet's poem "Fog," and the works "Nazime Hanım Baby's Backs" and "Vase with Chrysanthemums", drawn by Fikret himself, are also presented to the enjoyment of art lovers in the living room section. 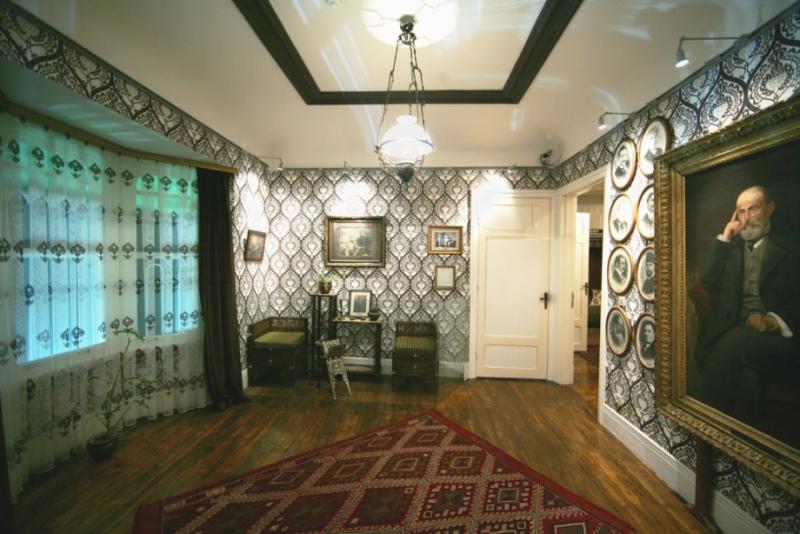 The section used by Tevfik Fikret as a rest room is called the Literature-ı Cedide section. It is possible to see the photographs of the poet's friends who are lovers of literature like him and a painting of Recaizade Mahmut Ekrem in this room.

The study room, as the name suggests, was used as Tevfik Fikret's study. The house, which is now a museum, contains the poet's self-portrait, a writing desk and a library.

The bedroom section is the bedroom that the poet once used. This is also the place where Tevfik Fikret passed away. In addition, the presence of a poet's face mask made by the painter Mihri Müşfik Hanım makes the room even more interesting. This mask is also the first scientifically prepared mask work in Turkey.

The dining room is the section where the poet's dining sets and paintings are located.

A room belonging to the poet Nigâr Hanım, an Ottoman poet, is also in the museum. The place called the poet Nigar section contains the works donated to the museum in 1959 by Salih Keramet Nigar, the son of Nigar Hanım.

The eighth section of the house is the kitchen-laundry section. It is possible to find traces of the poet's former life here.

The last part is the garden part. This is perhaps the most important place because here is the tomb of the famous poet. Fikret's grave, which was previously located in Eyüp, was buried in the garden of his own house, which is now a museum. Although the poet wanted to be buried in the garden of his house in his will, unfortunately, his request was postponed for 46 years because it is not known who will live in the house later.

Entry to the museum is completely free. Even the fact that it's free is a great reason to visit this museum and learn about the life of literary dignitaries. You can visit between 09.00 – 17.00 every day except Monday. If you want to better understand the history of the house and the life of the poet, you can also use the audio guide option.

Aşiyan Museum is a historical place that should be visited in itself, but you can see many important structures nearby while you are there. One of them is Rumeli Fortress, which is considered one of the valuable symbols of Istanbul. Rumeli Fortress, which was completed in a very short period of 90 days, is a 15th century castle. 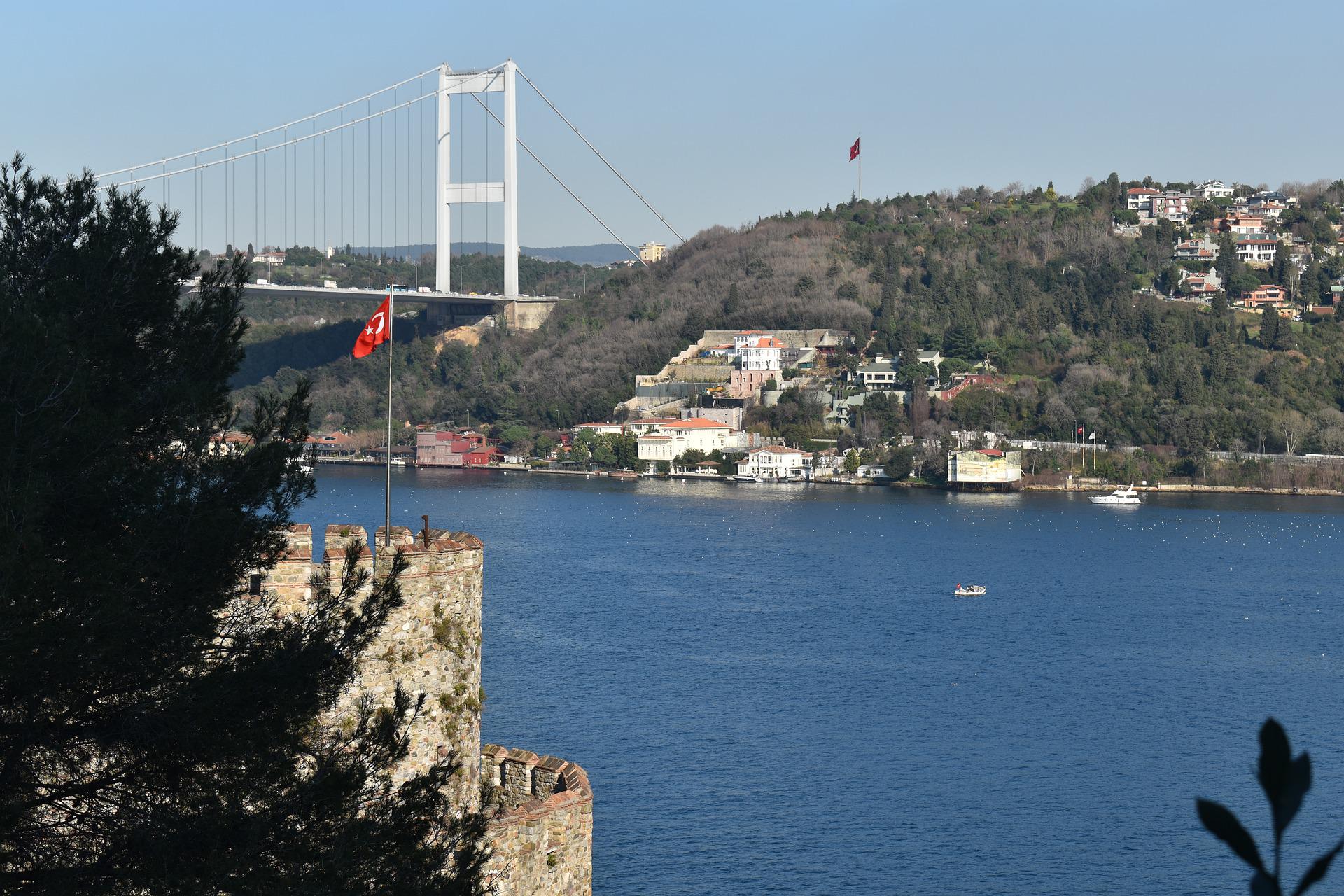 You will witness the breathtaking Bosphorus view of Istanbul at the Aşiyan Museum. It is possible to see the Bosphorus in Tevfik Fikret's house, where he wanted to be far from everyone but so close to the Bosphorus, in the garden of the museum or in one of its windows. If you want, you can leave the Aşiyan Museum and take a tour of the Bosphorus and end your day in full taste.

Other Notable Museums Nearby

If you want to continue your museum tour after the Aşiyan Museum, you can visit the Istanbul Naval Museum in the same district. This place was opened exactly in 1897. This museum contains more than 20,000 works in its collection. You can get the chance to see Atatürk's belongings and historical boats here. The museum, which is closed on Mondays, can be visited between 11:00 and 19:00 on other days. Entrance to the museum is 25 TL and is free for students. Since this place is affiliated to the Naval Forces Command, it is not possible to enter with the Müzekart used in museums affiliated to the Ministry of Culture and Tourism. Taking photos here costs 50 TL, and taking a video is 100 TL. 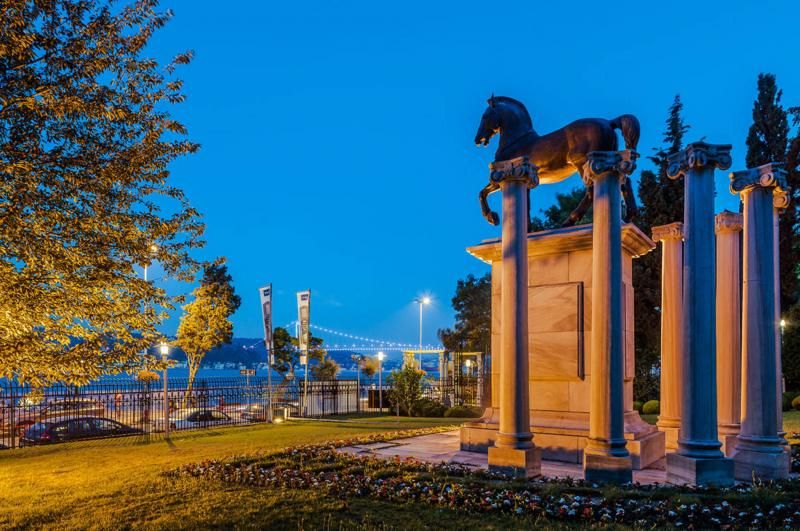 If you go a little further from the Aşiyan Museum, you can also visit the Sakıp Sabancı Museum, one of the most valuable museums in Turkey. The museum, which is closed on Mondays, can be visited between 10:00 and 18:00. It closes at 20:00 on Sundays only. The entrance fee varies as single, multiple or discounted.

No matter which building or museum you see in Istanbul, you should definitely pass through the Aşiyan Road and of course the Aşiyan Museum.

Let's take a look at what can be done and what services can be used while waiting at Istanbul Airport, which ranks second in the "Top 10…

Did you know that the airport museum, the first and only example of Turkey, was opened at Istanbul Airport on July 17, 2020?

What should we do to protect our health during long and tiring flights? How do we get rid of jet-lag? The answers to all your questions are in our…