Abant Lake is definitely one of the natural beauties identified with the city of Bolu. Abant Lake, which can be called the most popular touristic place of the city, is a deposit and crater lake formed on the Abant Mountains, 34 kilometers southwest of Bolu. There are many hills from 1400 to 1700 meters in the nature park, which was established around Lake Abant, which preserves its unique beauty at all times of the year. The lake, which covers an area of ​​127 hectares, is 1328 meters above sea level. While the surroundings of the lake attract attention with its unique nature and plant diversity, it was protected as a Nature Park in 1988. The depth of Abant Lake, which is also fed by underground waters, is 18 meters. Abant Lake Nature Park, which is among the first places to be seen by many visitors to the city, is ideal for both daily visits and accommodation. Scotch pine, larch, oak, beech, poplar, juniper, willow, ash, oak, hornbeam and many other tree species welcome you around the lake. A wide variety of animals can also be seen in the dense forests around the lake. There are also various activities to be done around Lake Abant, which enchants with its unique natural beauties. Visitors can tour around the lake by cycling, visiting a nature museum, camping, hiking, picnicking, sportive angling, and horseback riding. There are bungalow type accommodation as well as 5-star hotels as accommodation options around the lake.

The area of ​​1642 hectares, 42 km north of Bolu, was taken under protection as a National Park in 1965. Yedigöller basin consists of seven lakes lined up at a distance of 1.5 km from north to south. These lakes are İncegöl, Nazlıgöl, Küçükgöl, Deringöl, Seringöl and Büyükgöl. Büyükgöl, the largest lake in the basin, is used for trout farming. The trout breeding station established here in 1969 is the first station established in our country. Yedigöller national park, where there are many plant species, is one of the important centers of scientific research. In addition to many tree species such as hazelnut, linden, hornbeam, oak, beech, alder, and maple, there are also many animal species such as squirrel, pig, roe deer, deer, marten, fox, partridge, bear and wolf. Yedigöller is one of the most beautiful addresses for picnics, trekking, camping, sports and photo shoots with its calm and peaceful structure and fascinating nature. The best time to visit Yedigöller is between April and November. For interested visitors, there are bungalow houses with 72 beds consisting of 18 units in the park.

Gölcük Nature Park, which is 13 km away from the city center, is an area that is home to various trees from hornbeam to beech and is worth seeing in all seasons. Located next to the unique beauty of the lake, the State Guesthouse draws attention with its cute structure. There are also structures such as restaurants, cafes, prayer rooms and bungalows by the lake. You can take pleasant walks around Gölcük, which preserves its fascinating beauty throughout the year. Gölcük Nature Park is one of the most visited touristic centers of Bolu, with visitors coming for bicycle tours, sport fishing and picnics at certain times of the year.

Sülüklü Göl is located in Tavşansuyu Village in Mudurnu. As a result of the earthquakes, such a natural lake emerged. It is also useful to say that it has been protected as a nature park. As you can understand from the name of Sülüklü Göl, it contains many leeches. Not only leeches, but also many wild animals live here because the lake is surrounded by forest. Carp, trout and coral fish live in the lake, the bottom of which is covered with mud. Swimming in the lake is prohibited, but camping is allowed around it. City dwellers come to this beautiful place, which is dominated by shades of green, especially because it is close to Istanbul. 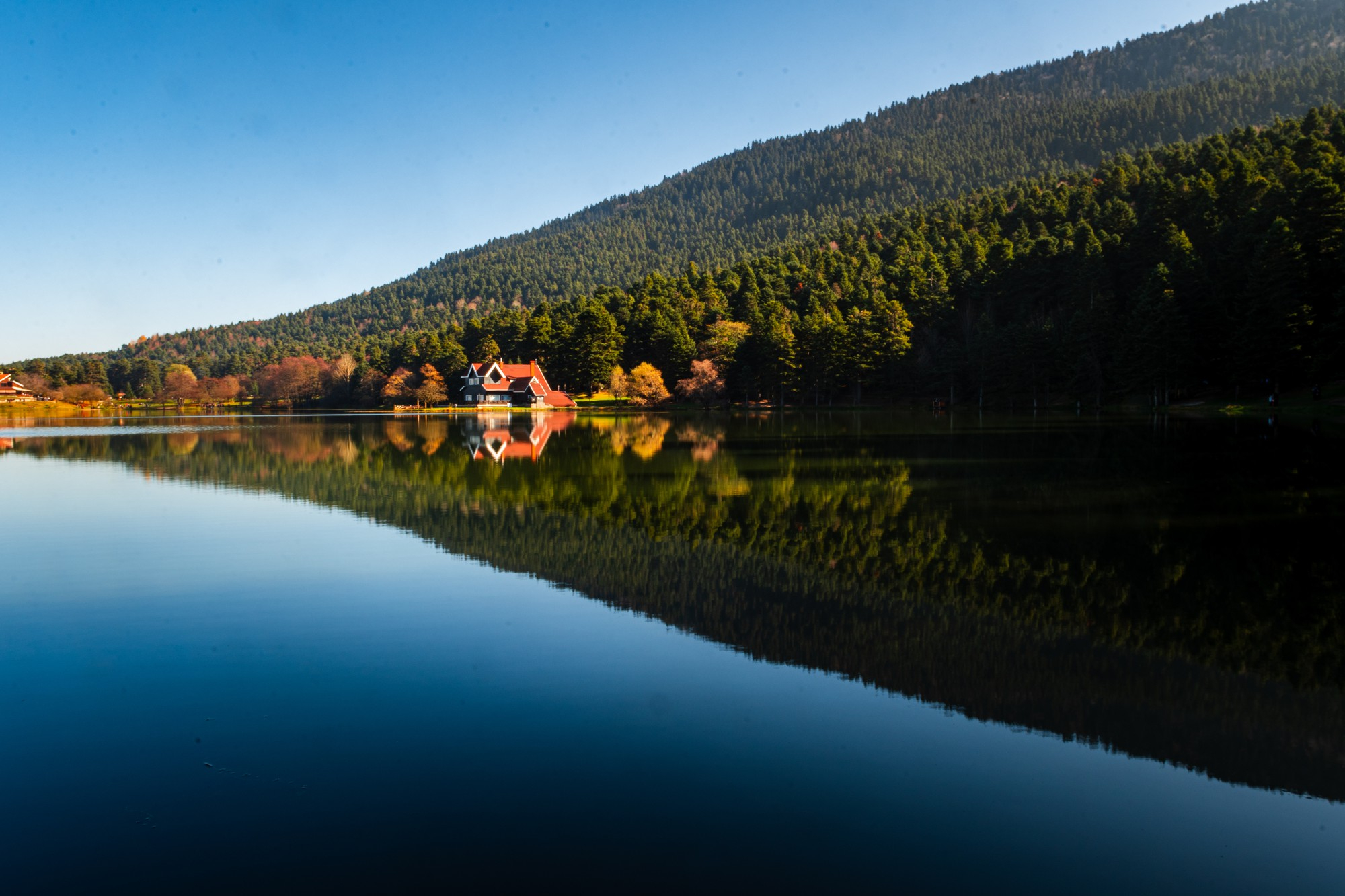 Summer is different, winter is different... Bolu, which you can visit in four seasons, enchants nature lovers with its magnificent lakes.