Surrounded by the Golden Horn, the Bosporus, and the Sea of Marmara, the peninsula, also known as “Suriçi,” has hosted the Egyptian, Byzantine, Roman, and Ottoman empires throughout its history. As such, we have compiled for you some of the tens of historical artifacts that should be seen on the peninsula, which is home to a huge history.

Obelisk of Theodosius and Serpent Column

It’s a good idea to start visiting the historical places of Istanbul with the Obelisk, which is among the oldest monuments of the city. Although the exact date of the Obelisk is not known, it is known that it was unearthed in Egypt in 1400s BC. The Serpent Column dates back to 479 BC. The Obelisk was brought from Egypt by the Roman emperor Theodosius I in 390 AD and erected in its current location. After Constantine I declared Istanbul the capital of the Roman Empire, he embarked on great reconstruction works, and the Hippodrome he had built is located in Sultanahmet Square today. 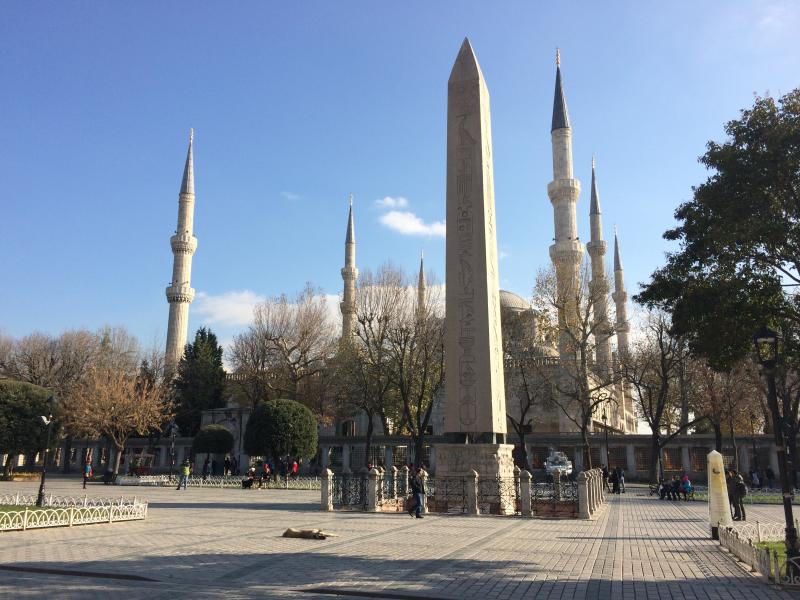 The obelisks and columns were monuments located on the separating embankment in the middle of the Hippodrome. The work known as the Serpent Column, which is in the form of 3 snake bodies entwined with each other, was erected in front of the Temple of Apollo in Delphi to express their gratitude to the God Apollo after the victory of the Greeks against the Persians and later moved to the middle of the Hippodrome. One of their heads was found during the excavations, and today it is exhibited in the Istanbul Archeology Museum.

The Basilica Cistern, one of the most magnificent places in Istanbul, was built by the Byzantine Emperor Justinian I (527-565) to meet the water needs of the palace and other places in the region. Spreading over 9800 square meters, the cistern consists of a total of 336 columns, from 28 to 12 rows in each row. 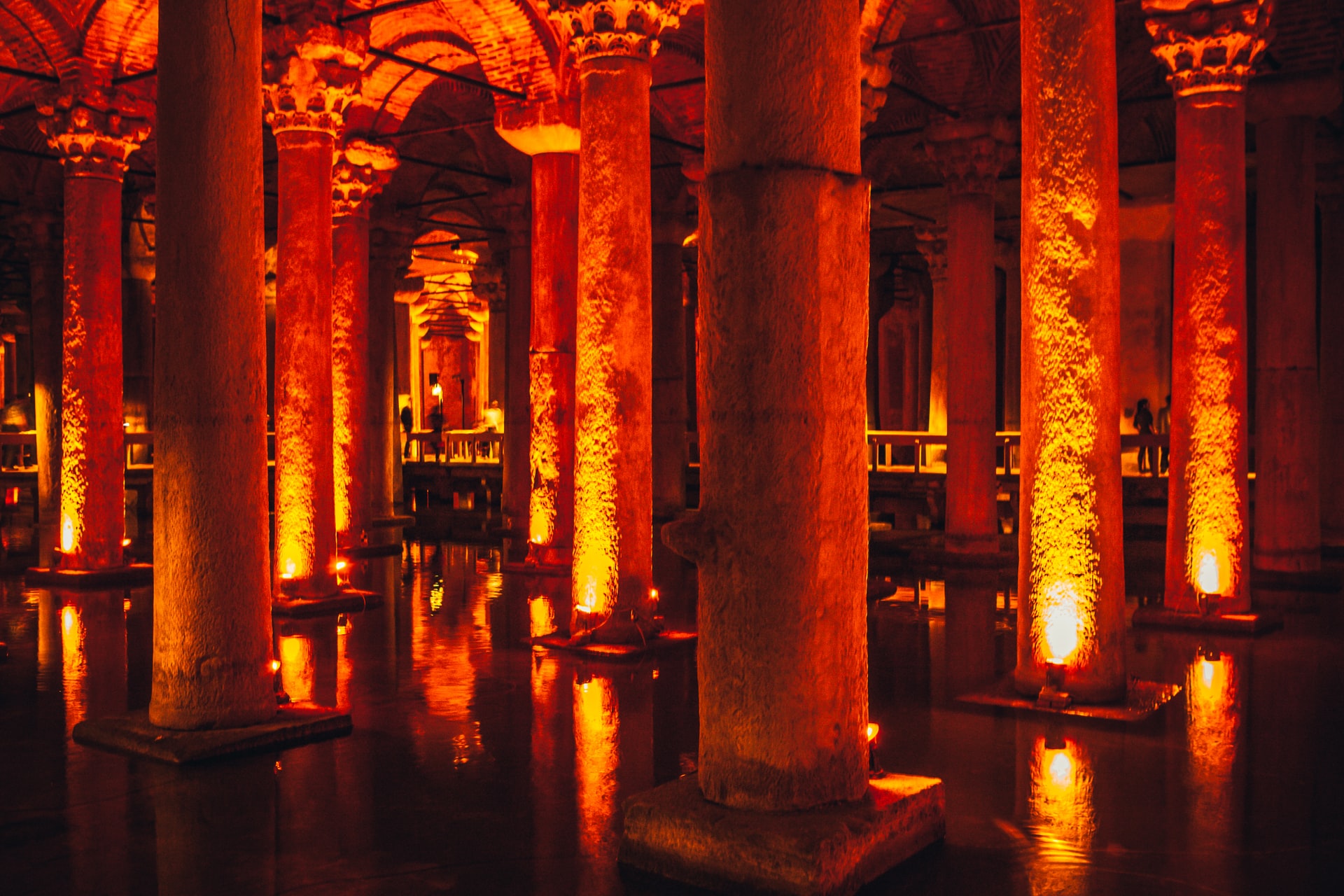 During the Ottoman period, the cistern was used to meet the water needs of the Topkapı Palace. The head of the medusa, which is upside down inside, is among the works of interest. While visiting the cistern, you’re likely to see coins thrown into the water. These coins are the coins tossed by the visitors by wishing. While you’re at the cistern, you can make a wish. The Basilica Cistern, which is almost an underground palace with its perfect atmosphere and magnificent architecture, is one of the places you should definitely visit on your Istanbul tour.

The Topkapı Palace, the center of the Historical Peninsula, is a must when we talk about it. Established in 1478 by order of Mehmed the Conqueror, the palace hosted the sultans until the last century of the Ottoman period. It’s really difficult to explore every corner of this palace, which is spread over an area of 700 thousand square meters, but we recommend it to be on your route to observe the administrative structure and life of the Ottoman Empire with its wonderful architecture and collections. 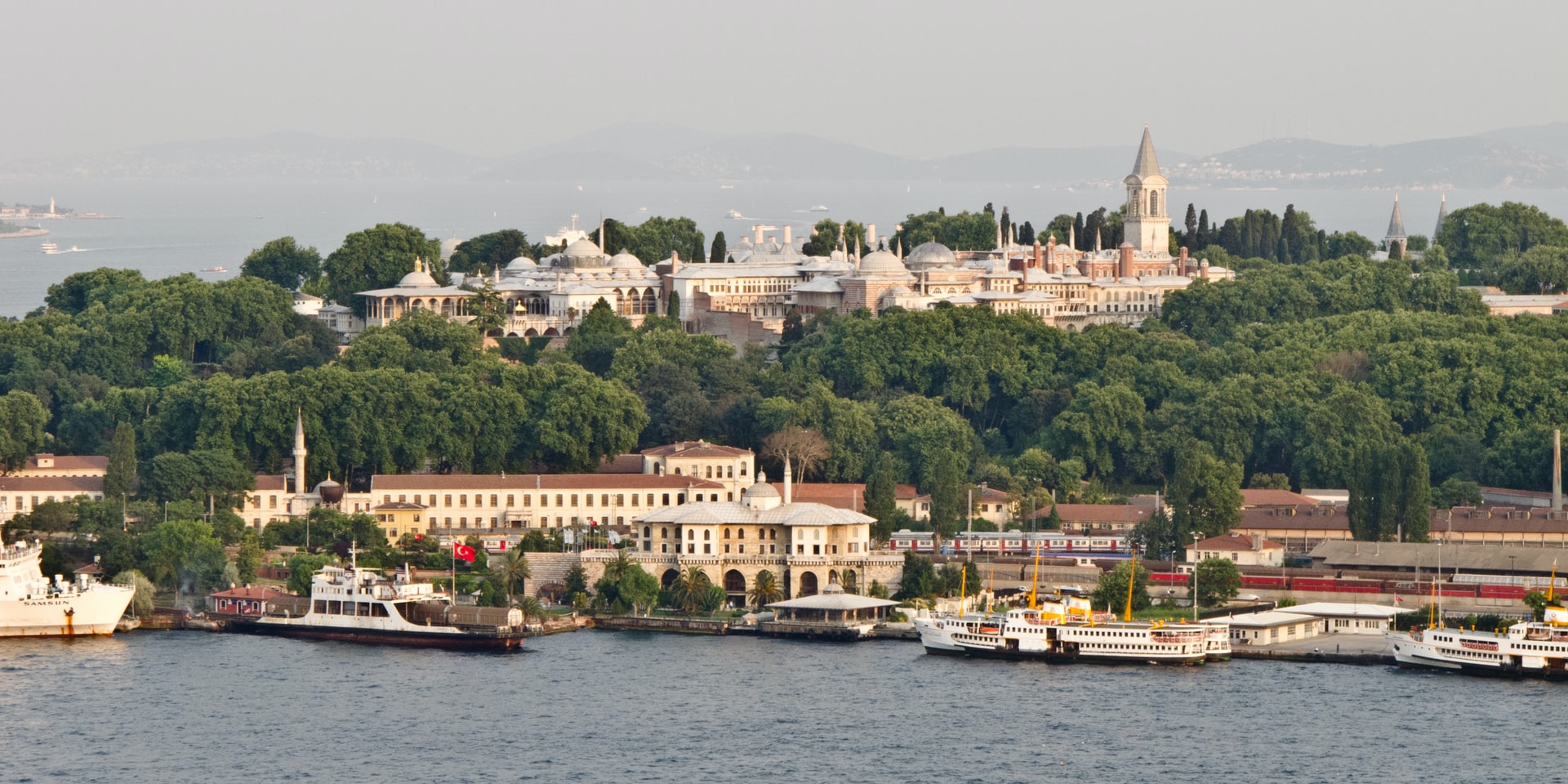 In the “Sacred Relics” section, which you should see in the palace, there are items that Yavuz Sultan Selim brought to Istanbul on his return from the Egypt Campaign. Weapons, treasures, paintings, and many artifacts from the great empire are exhibited in the Topkapı Palace and are definitely worth seeing.

Hagia Sophia, whose name means “Holy Wisdom,” is one of the most important works of the world with its history, art, and architecture. Telling the history and beauty of Hagia Sophia is a long article in itself, but if you have decided to visit the Historical Peninsula, it would not be possible without Hagia Sophia. Hagia Sophia, which has the distinction of being the world’s first cathedral, was first built in 537 by order of the Byzantine Emperor Justinian.

It is really impossible not to be impressed by visiting Hagia Sophia, the largest Eastern Roman church in Istanbul, and seeing its huge dome and unique mosaics. Hagia Sophia, one of the most vital and sacred places of Orthodox Christianity, was converted into a mosque by Mehmed the Conqueror after the conquest of Istanbul in 1453. The mosaics, relics, and many artifacts inside have preserved their beauty and importance, and some of them are open for your visit. 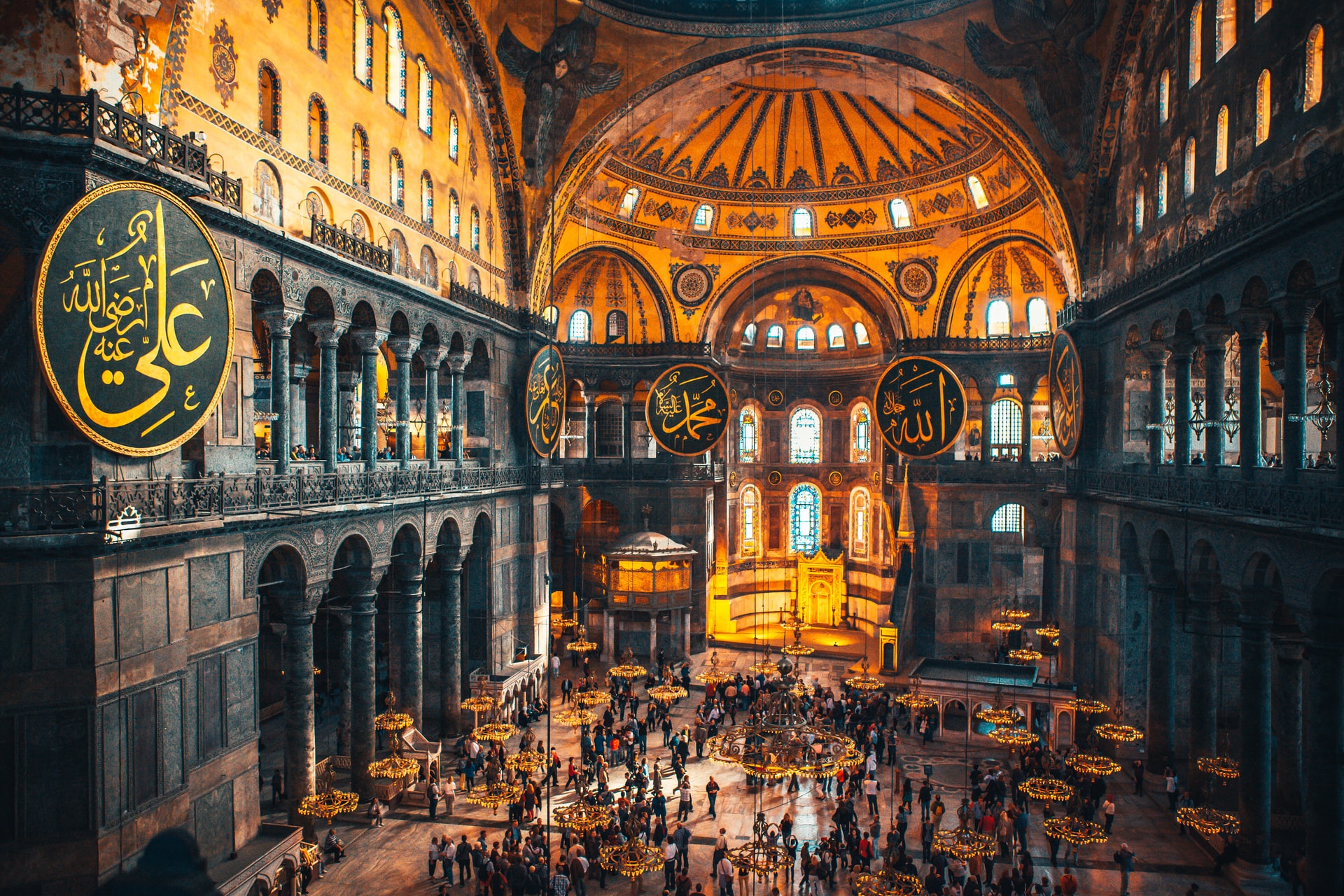 There are dozens of places where you can smell the history and must visit in the Historical Peninsula. You can also add the Istanbul Archeology Museum, where wonderful works from many periods are exhibited, the Fener Greek Patriarchate from the 14th century, the Suleymaniye Mosque, the Hagia Irene Church inside the Topkapı Palace to your route.