The Topkapı Palace, which has been one of the most valuable historical buildings of Istanbul since the past, still maintains its importance. It was used actively for about 400 years of the 600-year Ottoman Empire period. The administration and management of the state were carried out there, and the training took place there; the sultan and his family stayed there. Once upon a time, close to 4000 people lived in it. Well, what was inside such an important center? It was built by Mehmet the Conqueror in 1478, but the buildings inside increased over time. In the first courtyard of the palace, which consisted of 4 courtyards in total, there were structures such as Hagia Irene Church, Mint, Bakery, Hospital, Wood Warehouse, Hasırcılar Furnace. The second courtyard was the section where the state administration was carried out. There were Divan-ı Hümayun, Tower of Justice, Harem Department, Zülüflü Baltacılar Ward, Has Stables. In the third courtyard of the palace (Enderun Courtyard), the sultan’s offering room, the Enderun Treasury, the Privy Chamber, and the Palace School were located. In the last courtyard of the palace, that is, in the fourth courtyard, there were the hanging gardens and mansions of the sultan. Of course, there are many historical artifacts and structures to see in all these sections. Let’s take a look at them. 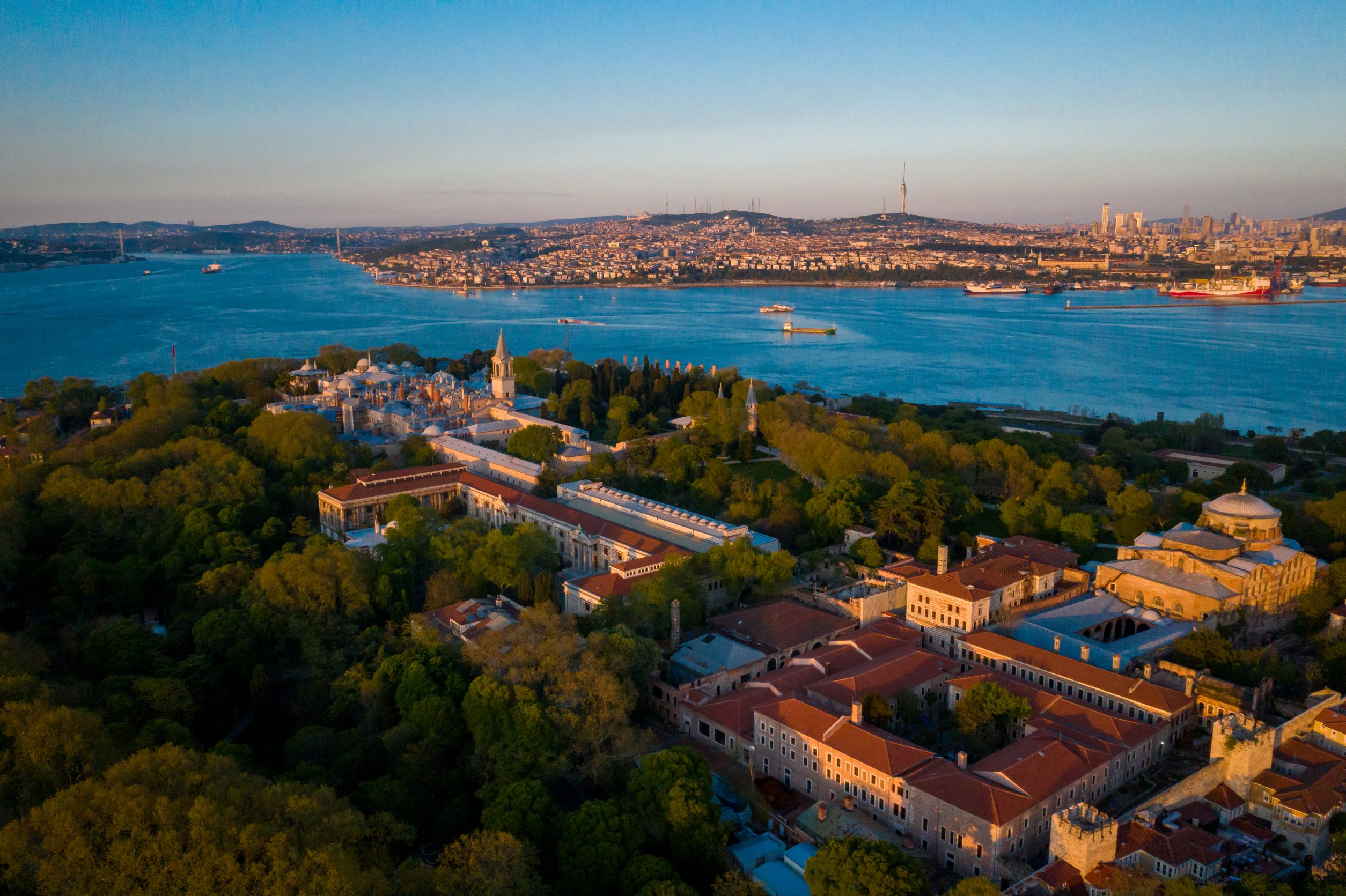 There are various religious artifacts in the Sacred Relics Department in the Privy Chamber. The most important of these is the Prophet Muhammad’s cardigan, beard, the case where the broken tooth in the Battle of Uhud was kept, footprints, letters, arrow, and sword.

The 86-carat Spoonmaker’s Diamond, known as “the largest and most famous of the historical diamonds,” is on display in the Imperial Treasury of the palace. The diamond, adorned with 49 double rows of large diamonds, is attracting intense interest.

Another valuable work is the “Topkapı Dagger,” which was created by Sultan Mahmud I as a gift to Nadir Shah, but is preserved in the Topkapı Palace treasury due to the Shah’s death. The dagger, adorned with emerald and diamond stones, is shown as the most valuable dagger in the world. There are three emerald stones of 3-4 millimeters on the hilt of the dagger and a single piece of emerald stone on the cover at the top of the hilt.

Another precious piece in the palace is the Throne of Sultan Mahmud II. This royal seat is designed in 19th-century European style. The throne, which has the Ottoman state coat of arms and the head of Mahmud II, is open to visitors with its eye-catching magnificence. 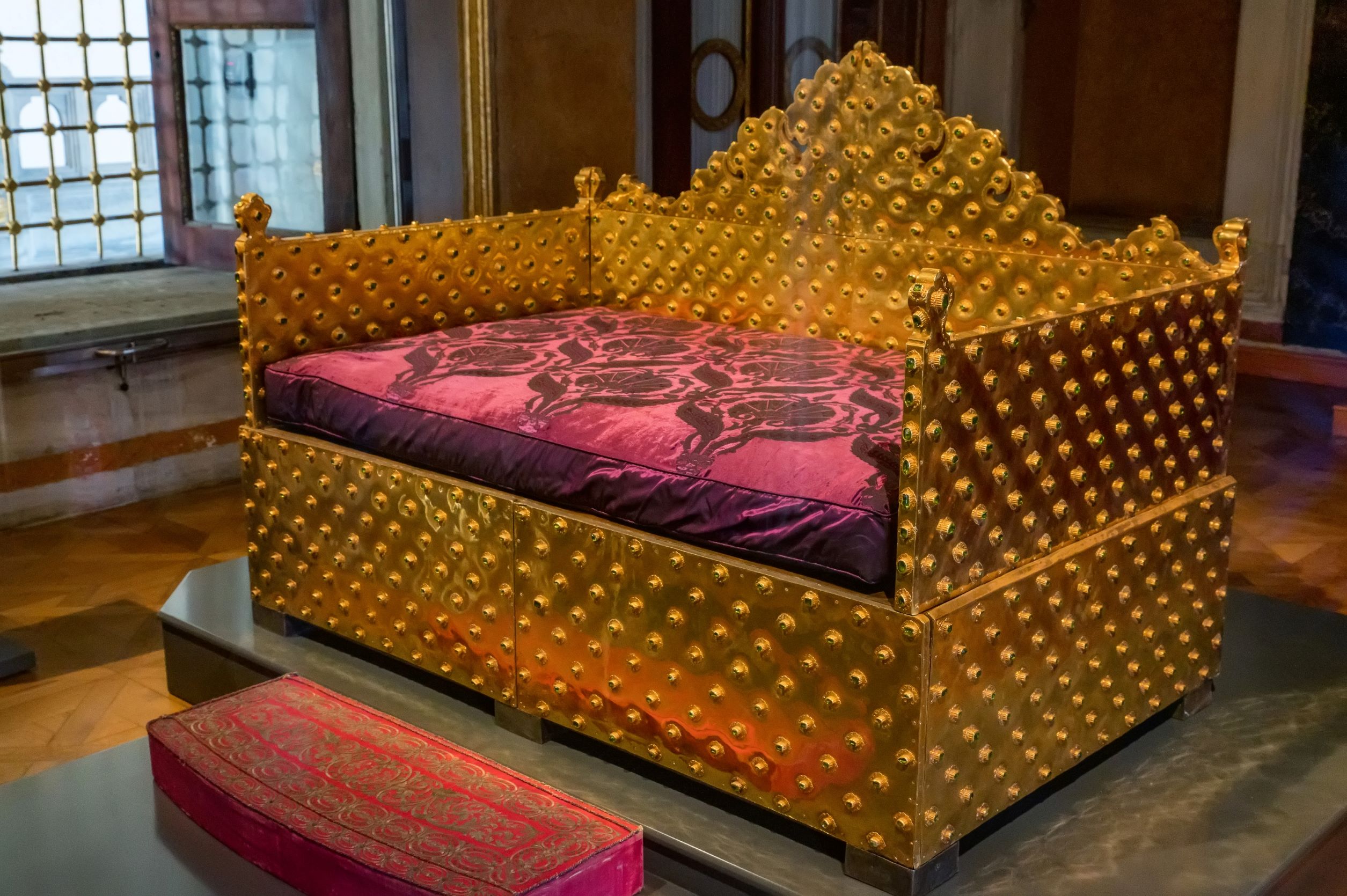 Topkapı Palace was turned into a museum on April 3, 1924, by order of Mustafa Kemal Atatürk. You can visit the palace, which has the title of the first museum of the Republic, during visiting hours.

The construction of this flamboyant palace, which was started by the Ottoman Sultan Sultan Abdülmecid I in 1843, took 13 years. The coastal area of ​​Beşiktaş, where this palace is located, was used as a cove where ships were anchored in the past. After the construction of the palace, it started to be used as a resting and entertainment place for the sultans. No matter how much Turkish reflections can be seen, the palace was under the influence of renewal and modernization of the 19th century. It gained its new appearance after taking part in the construction of famous names in the architectural field such as Abdülhalim Bey, Altunizade İsmail Zühtü Pasha, Karabet Balyan, Ohannes Serveryan, Nikoğos Balyan, and James William Smith. The interior and exterior decorations of the palace were designed in a western-style without going too far from the traditional line. 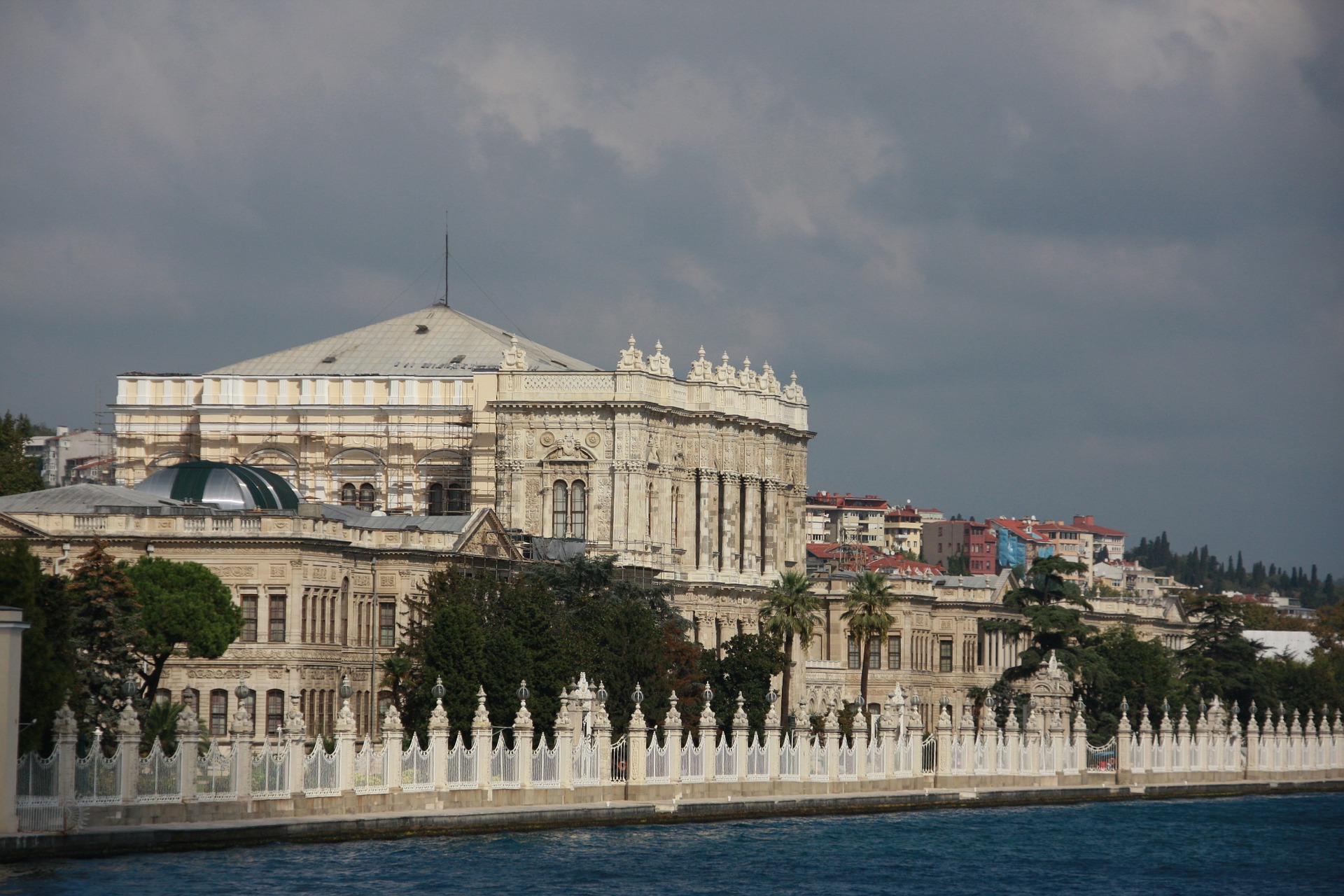 Let’s talk a little bit about the interior of the palace. The palace is divided into three parts: “Mabeyn-i Hümâyûn” (Selamlık) where the administration of the state is carried out, “Harem-i Hümâyûn” (Harem) belonging to the private life of the sultan and his family, “Muayede Hall” (Ceremonial Hall) between these two sections and reserved for important state ceremonies of the sultan. With a total of 285 rooms, 44 halls, 68 toilets, and 6 baths, the Dolmabahçe Palace is among the largest palaces in Turkey. 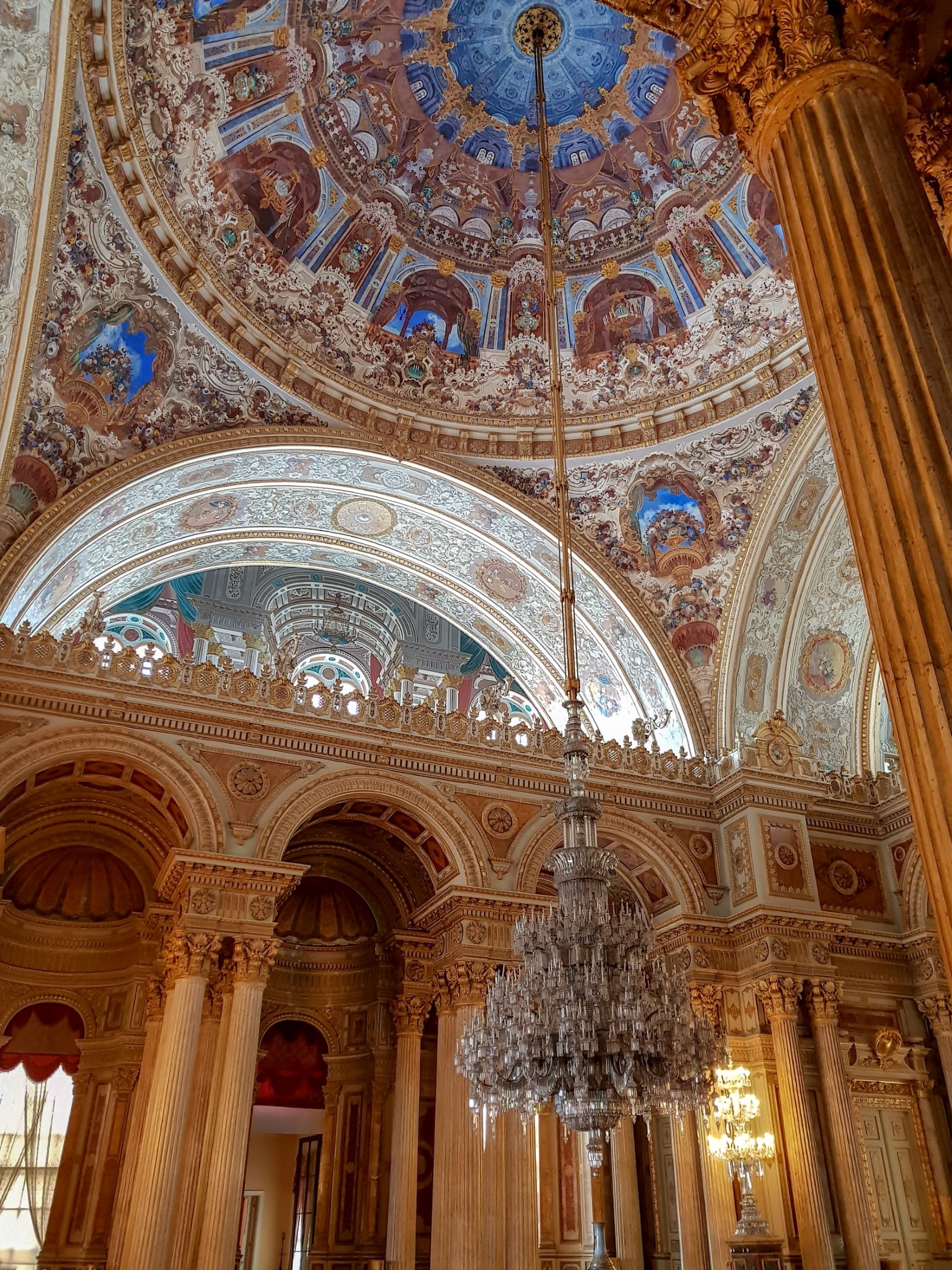 After Abdülmecid I left the palace with the abolition of the caliphate, this place was used only for hosting foreign guests for a certain period of time. In the Republican era, Mustafa Kemal Atatürk used this place as his residence during his visits to Istanbul. Atatürk, who stayed in room 71, breathed his last there. Today, this room is still open to visitors. You can visit and see Atatürk’s bed on which he closed his eyes, the towels, and belongings in his bathroom. İsmet İnönü also stayed there during the presidency period after Atatürk. You can visit the palace, which has been exhibited as a museum since 1984, during the visiting days and hours.

The palace, which was rebuilt by Sultan Abdülaziz in 1861-1865 due to a previous fire, is a two-story building. The palace consists of Harem (northern part) and Mabeyn-i Hümayun (southern part) circles. It is a very large building with three entrances, six large halls, 24 rooms, 1 Turkish bath, and 1 bathroom. 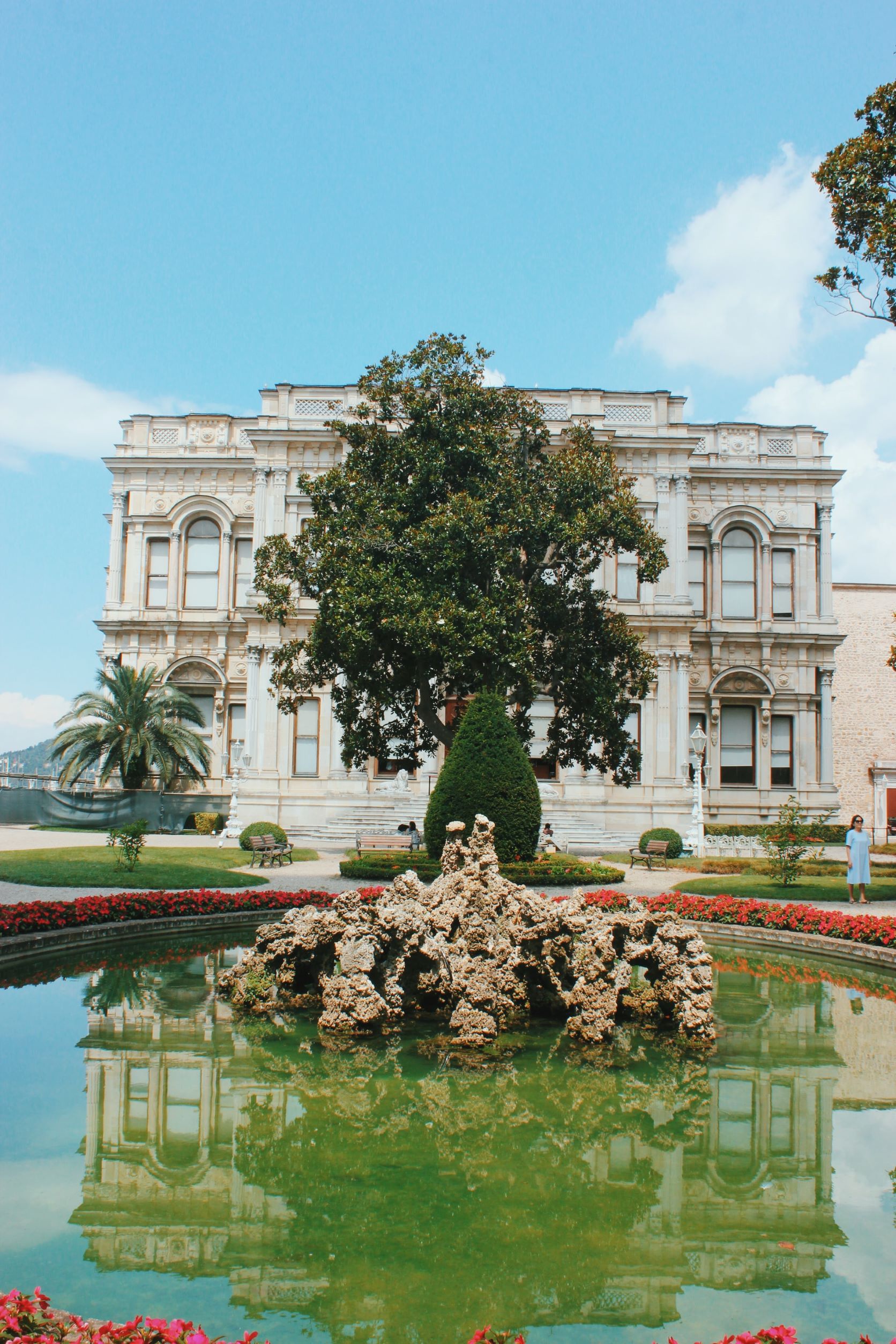 It was used as a guest house to welcome foreign heads of state and important guests. 3 important names such as Napoleon’s wife Eugénie, Iranian Shah Naser al-Din, Hungarian Emperor Franz Joseph, Iranian Shah Reza Pahlavi were hosted there. In fact, Atatürk stayed one night here for the Balkan Games Festival. This magnificent palace overlooking the Bosporus in Üsküdar of Istanbul is worth seeing.

In the past, sultans lived in the palace, which fascinated them with all its beauty, right next to the Bosporus in Beşiktaş. So, where do you think the name of this palace might come from? 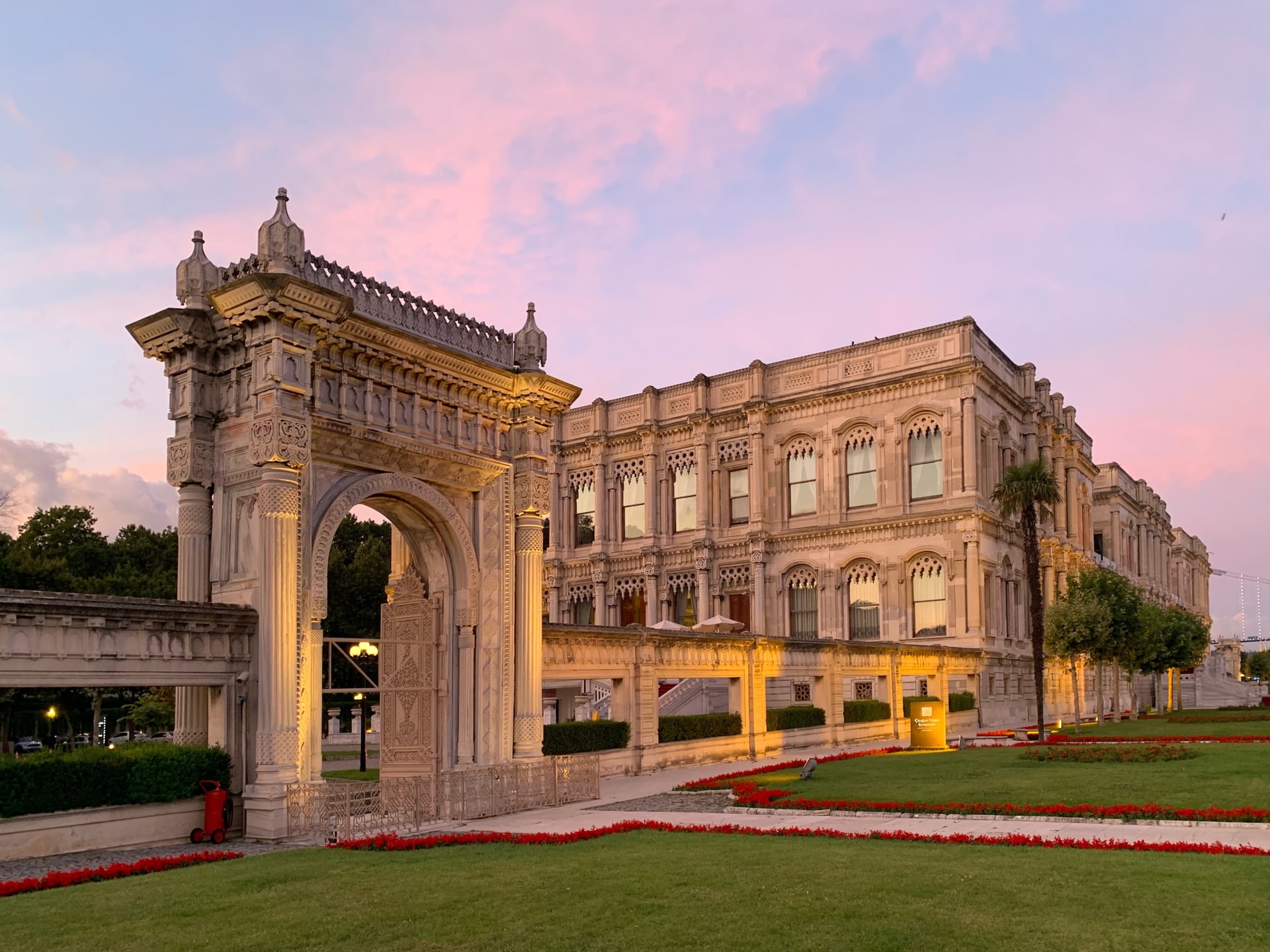 In the Tulip Period, the night entertainments held by candles and oil lamps were called “Çırağan.” The palace was called “Çırağan Palace” because such entertainments were held in and around the palace. It was built by Damat İbrahim Pasha, the grand vizier of the Tulip Period, and his wife, Fatima Sultan. The palace, which was extensively restored by Sultan Mahmud I, Selim III, and Sultan Abdulmecid I, is now open to use as a five-star hotel. 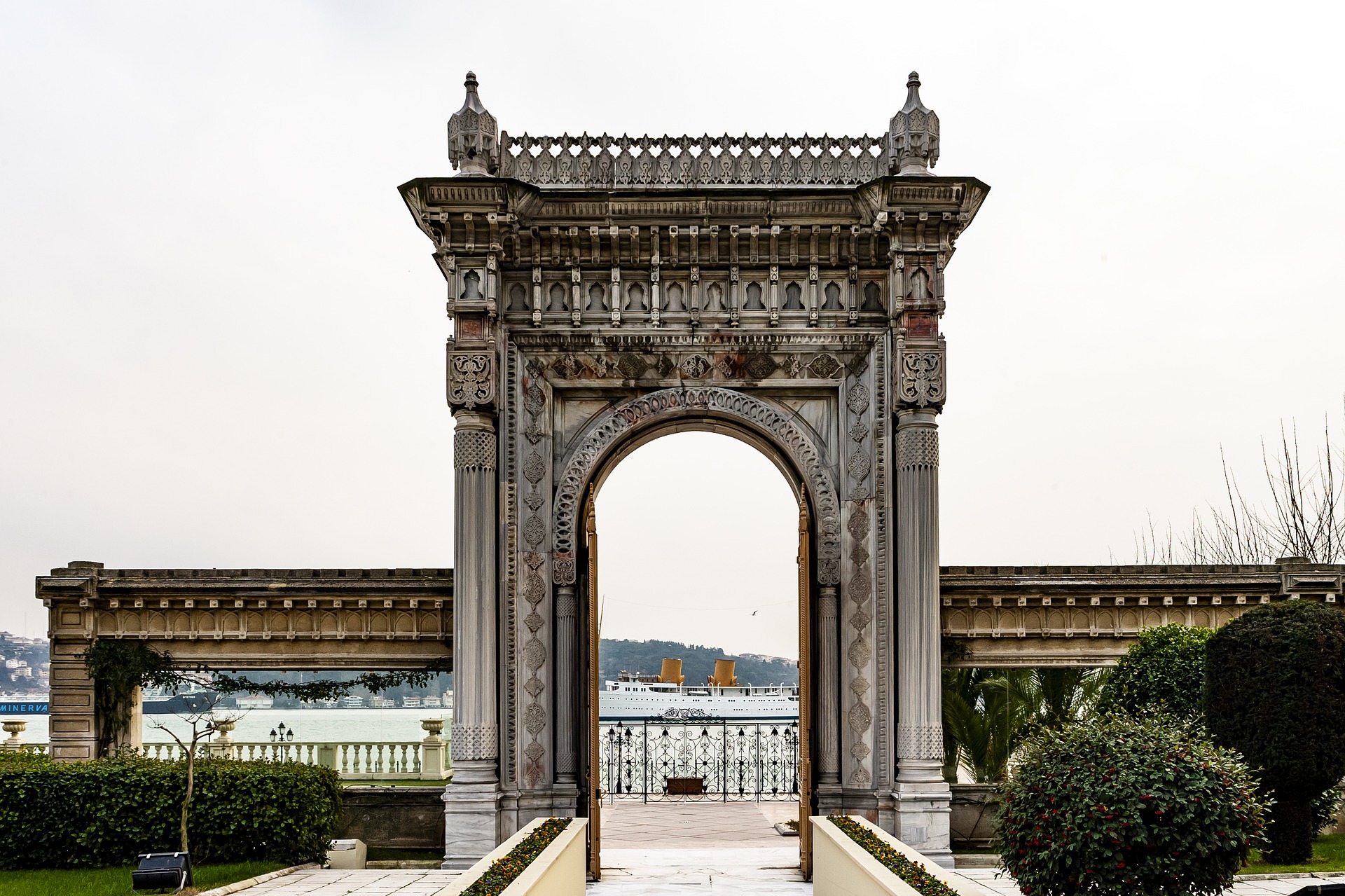 The concept of “Tiny House”, the rising trend of the recent days is a new movement preferred by those who wish to spend some time alone. This trend…

Coworking office means the eternal bond you establish with your business, accompanied by an enhanced business and friendly atmosphere. The following…

With its local and international festivals, Istanbul has always been one of the most colorful and lively cities in Turkey. Here are the unmissable…