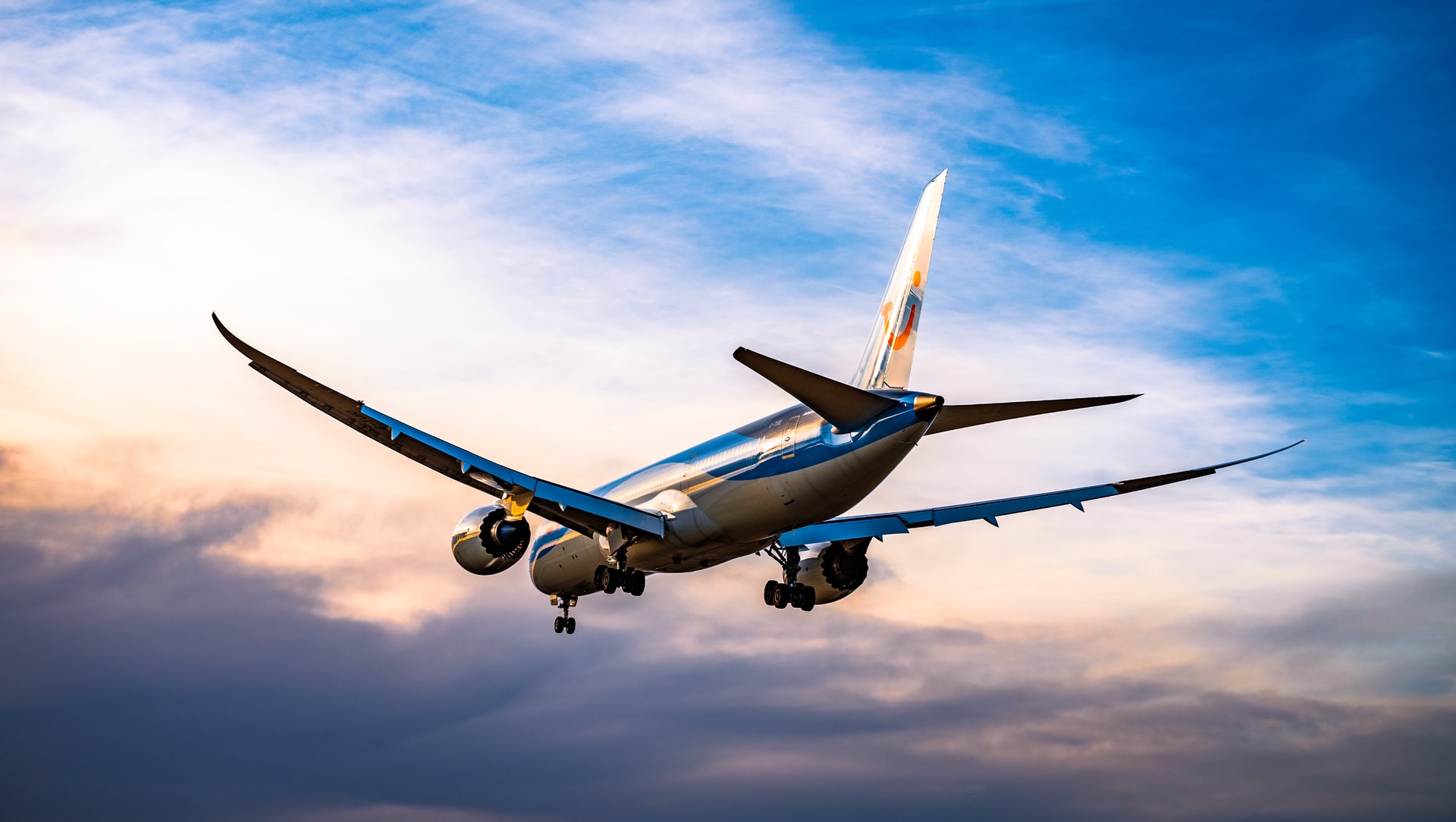 Netflix's new documentary Downfall The Case Against Boeing, released on February 18, 2022, examines two Boeing737 MAX planes that killed 346 people twice in five months, the mistakes that led to the crash, the overlooked and questions about how safety was compromised at the world's largest aircraft manufacturer in order to increase profits.

Directed by Oscar-nominated documentary filmmaker Rory Kennedy and written by Mark Bailey and Kevin McAlestern, the 89-minute documentary focuses on journalists, the families of the victims and experts on how these horrific tragedies occurred, how the company dealt with them, and the lawsuits against Boeing. 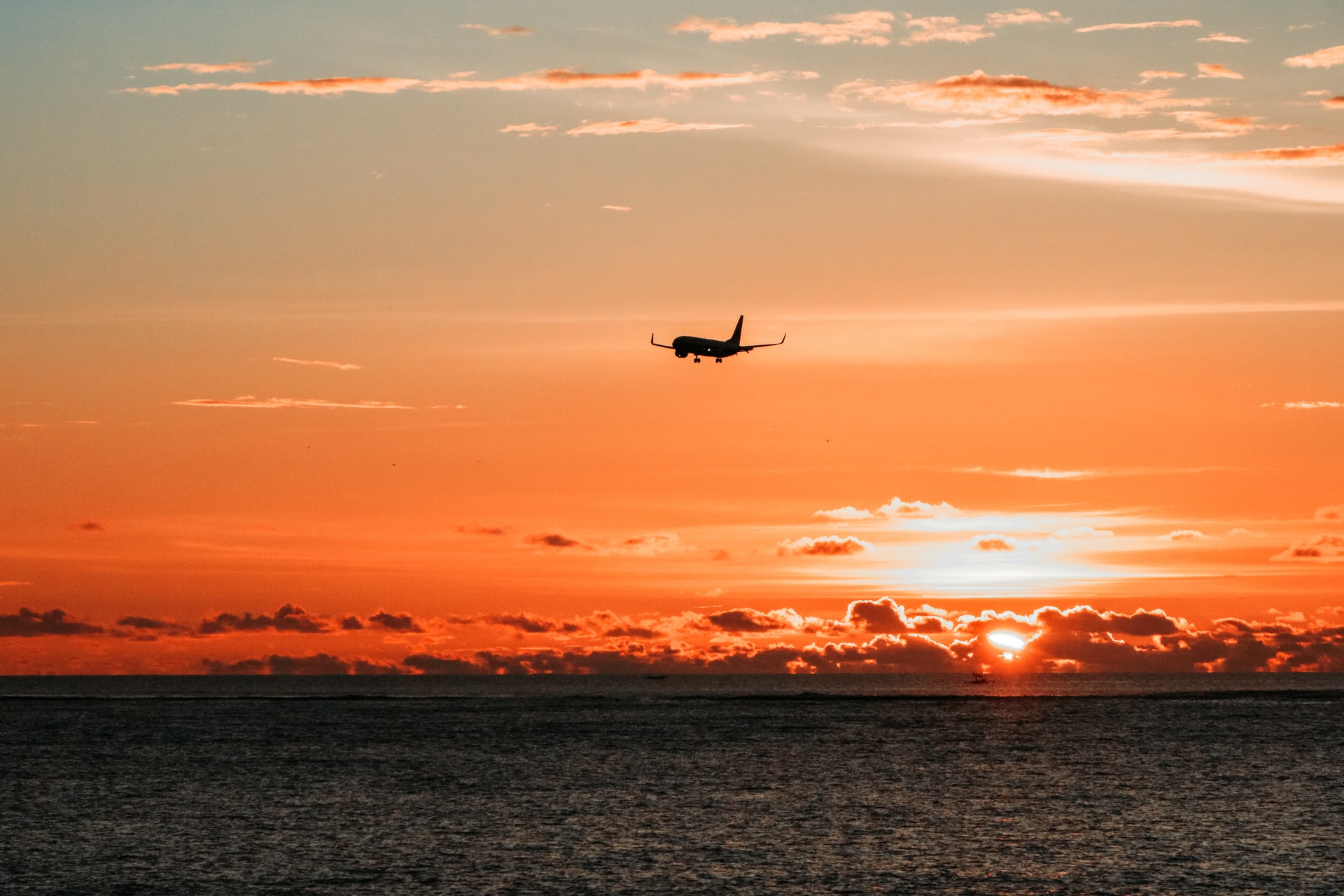 There are two plane crashes discovered in the documentary. Indonesian Lion Air Flight 610 crashed on October 29, 2018, and Ethiopian Airlines Flight 302, which crashed on March 10, 2019. More than 300 lives have been lost in these two plane crashes five months apart.  Indonesia Lion Air Flight 610 crashes into the Java Sea 13 minutes after takeoff from Jakarta to Pangkal Pinang on October 29, 2018. All 189 passengers and crew are dying. The plane that crashed was a brand-new Boeing 737 MAX, making it the deadliest crash in Lion Air's history.

After the accident, many people initially blamed the pilots. But Indonesian investigators are finding one of the black boxes, the flight data recorder (FDR), and an investigation is underway by Singapore's Transport Safety Bureau; but the cockpit voice device cannot be found. Ethiopia has a cockpit voice device seven months after the flight crash, and the NTSC releases its final report listing the errors that caused it. Due to an earlier cockpit problem, the plane had to be grounded before it could start flying, the sensor was not properly tested, the plane had some problems with its maneuver, which forced the flight, the report said. The report also said the first pilot struggled to review the list of procedures and the captain did not properly brief him before handing over the controls, and that 31 pages were missing from the plane's maintenance log.

After the release of the investigative report, then-Boeing President and CEO Dennis Muilenburg says the company (NTSC) is addressing safety recommendations and taking actions to improve the safety of the 737 MAX so that the flight control conditions that occurred in this crash are not repeated. However, Bloomberg (via Fortune) reports that in January 2020, Boeing mocked Lion Air in internal messages for asking its pilots to be put into simulator training before flying the 737 Max.

Ethiopian Airlines Flight 302 was flying from Ethiopia to Kenya when it crashed near the town of Bishoftu six minutes after take-off. Several passengers have flown to the United Nations Environment Council in Nairobi, killing italian archaeologist Sebastiano Tusa and Nigerian-Canadian academic Pius Adesanmi. 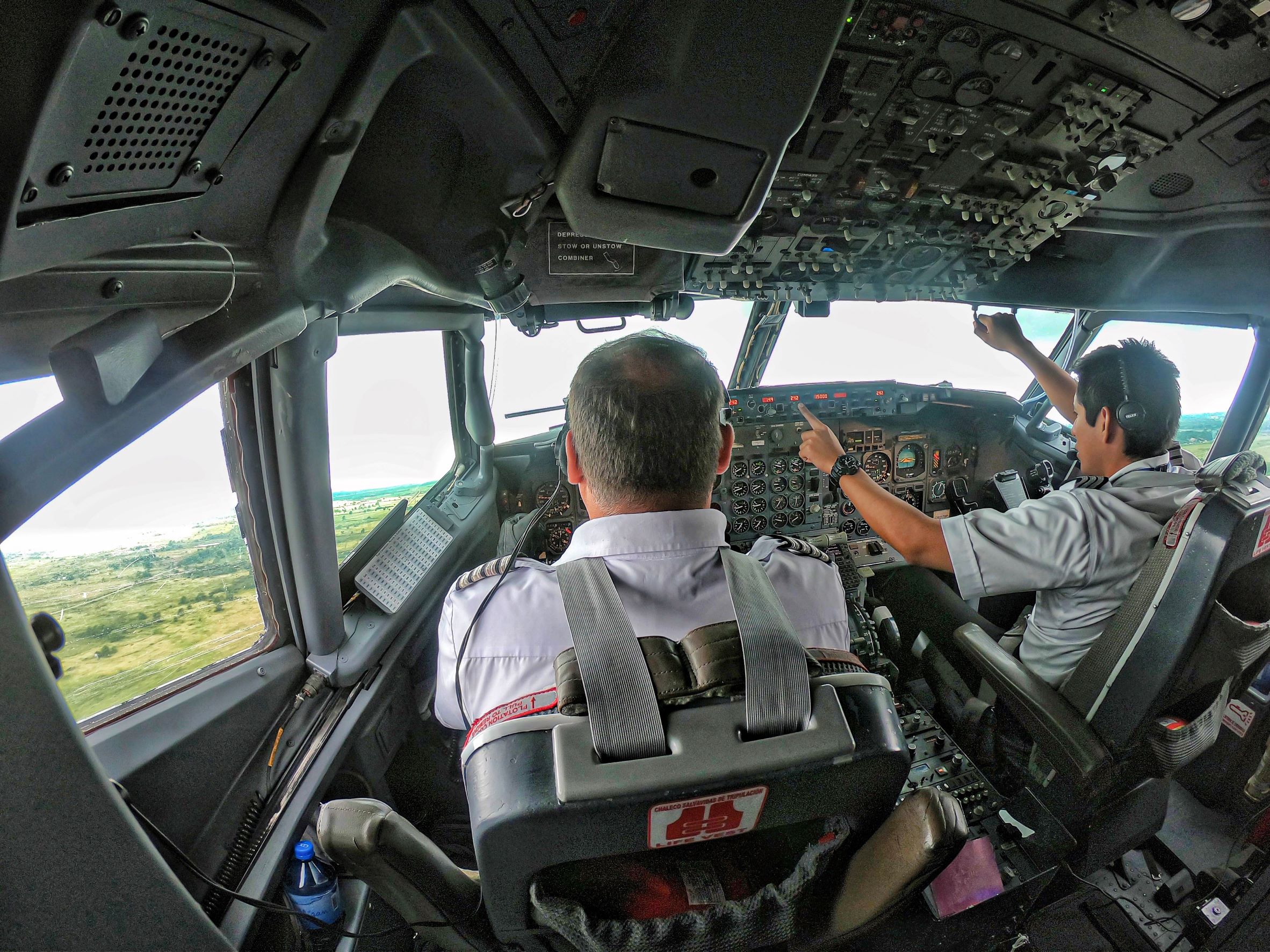 Ethiopia's Civil Aviation Authority is investigating the incident after it seized the cockpit voice recorder and flight data recorder on March 11. While the final report is still unpublished, the authority is is releasing an interim report revealing that the aircraft has problems with the Maneuver Features Magnification System (MCAS), a flight stabilization program based on the angle of attack sensors. Pilots on the Lion Air flight are also reportedly struggling with the MCAS system, which shows the plane downwards due to an faulty sensor.

In December 2018, the family of the first pilot is suing Boeing for negligence, saying the plane's sensors provided incorrect flight data and that the company did not provide proper instructions to the pilots.

In September 2019, CNBC reported that Boeing had settled lawsuits filed by the families of victims of the Lion Air flight, with each receiving at least $1.2 million.

BBC News reports that in November last year, Boeing reached an agreement with the families of those killed in the Ethiopian 737 Max crash, with the planemaker accepting responsibility for their deaths in exchange for families refusing to seek punitive damages from the company. As a result, Boeing shares fell one percent to $218.50.

That same month, Boeing executives reached an agreement with shareholders on a $237.5 million lawsuit over the board's safety oversight, with Reuters reporting that the two accidents cost Boeing $20 billion and that Boeing had agreed to a deferred prosecution agreement with the U.S. Department of Justice that included a $2.5 billion fine and compensation. 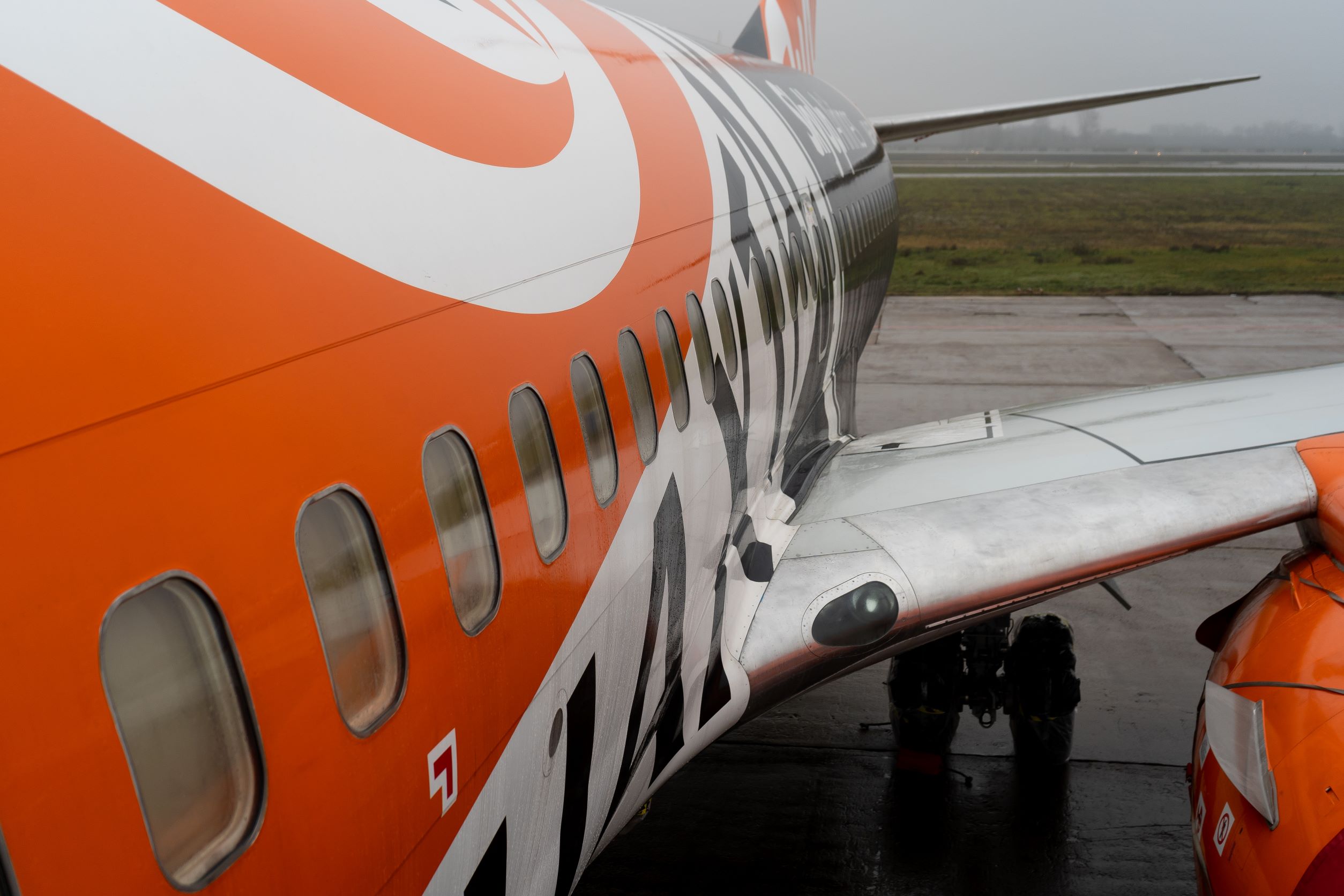 The documentary “Downfall: The Case Against Boeing” reveals that Boeing is trying to avoid responsibility for the collision between the two planes. Investigations reveal that the plane's sensors are defective, with pilots not knowing how to operate the new flight control software. The documentary explains that Boeing knew about this design flaw, but the aircraft manufacturers chose to come without seeing it. Rory Kennedy reveals an astonishing truth in this documentary. This fact comes from a report called TARAM (Transport Aircraft Risk Assessment Methodology) conducted by the FAA (Federal Aviation Administration). This report reveals that there is a 15-time chance that the Boeing plane crashed following the crash of the Indonesian Lion Air Plane.

Downfall: The Boeing Case, The Case Against Boeing, is an investigative documentary that reveals how a once-respected firm succumbed to Wall Street pressure, including the pilot's wife, pilots, aviation experts, former Boeing employees, journalists covering the crash and the potential involvement of Boeing, parts of the U.S. Congress' investigation into the safety of the 737 Max.

What you Need to Know Before Taking a Trip to Morocco

Morocco is one of the most popular holiday abroad options lately. Due to the fact that Turkish citizens do not ask for taxes, it has become…

Great Mosque of Djenné in Mali

The Istanbul-Sofia Express, which is the way from our country to Europe in railway transportation, is seen as one of the favorite services with its…