Edge of the World: Nullarbor Cliffs

There are so many natural wonders that must be visited and seen in the world that, of course, a lifetime is not enough. With the introduction of social media into our lives and the widespread use of the internet, we have become aware of many natural beauties. Those who travel the world by hitchhiking, those who stop being white-collar by buying a caravan, and of course, just vacationers… Would you like to go to a fascinating abyss called the place where the world ends?

We recommend that you take your holiday abroad this year to South Australia. It’ll fascinate you with its wild nature, wonderful coastline, and magnificent desert beauty. This country has no land border with any country, only 25,760 kilometers of coastline around it. Nullarbor Plain and Nullarbor Cliffs welcome thousands of visitors every year in this country with numerous national parks and protected areas. You should add this natural wonder to your Australia trip. This trip will be a vacation that you and your loved ones will never forget.

There are no direct flights from Turkiye to Australia, but it is possible to reach many Australian cities every day of the week with the connecting flights of international airlines. Your return will be to Istanbul.

Getting to Know the Nullarbor Region

The Nullarbor Cliffs, which means treeless in Latin, are located in the south of Australia. Covering an area of ​​270 thousand kilometers, the Nullarbor Plain and the Nullarbor cliffs are the beauties that everyone should see once in their life. The widest point of this region, which you will admire, consists of a plain with a length of approximately 1100 kilometers. This plain is located on the coast of the Great Australian Bay, and to the north is the Great Victorian Desert. It is the largest single exposed limestone bedrock in the world. There are more than two hundred and fifty caves on this huge plain, which is unique in the world. Like its name, this plain consists of a treeless plain and does not contain surface water. However, according to some scientific data, it is thought to be a forested area and has disappeared in the historical process. According to studies by the University of Melbourne, this plain contained ancient eucalyptus trees and banksia shrubs and gum trees, and flowering plants. This region has taken its current form with the developing climatic transformation. 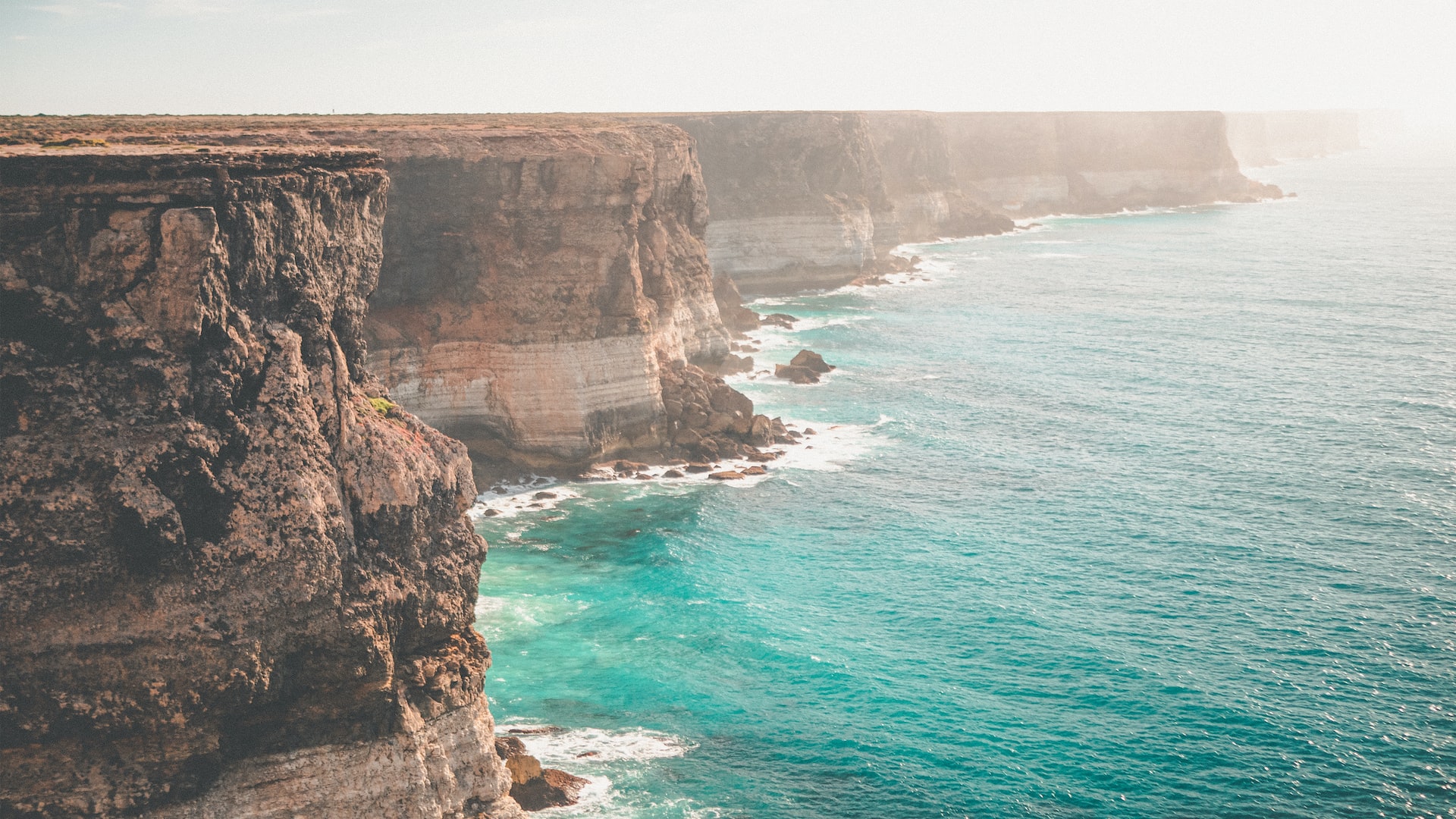 The Nullarbor Plain consists of 3 separate parts, the Bunda Plateau, the Wylie Scralp, the Baxter Cliffs, the Hampton Range, and the Bunda 2 cliffs, the Roe Plains, and the Israelite Plains. The Nullarbor region is a rather arid region. It has a climate that can receive approximately 150-250 millimeters of precipitation per year. Nature in this region is covered with hardy shrubs that are drought-tolerant and salt tolerant. There are no trees in the area. In terms of biodiversity, it is home to 56 mammals, 249 birds, and 86 reptile species. In addition, there are only one frog species living here in the region.

According to the records of the Alinytjara Wilurara Natural Resources Management, this area is reserved for the Aborigines, whose conservation and use are the indigenous people of Australia. Traces of ancient Aboriginal art have been discovered in the Koonalda Cave in the region. This cave is located 48 kilometers northwest of Eucla. It is known to have the largest single cave chamber in the southern hemisphere. It proves that Aboriginal art has had a profound impact. The cave was discovered in 1935. The inner cave walls are covered with more than 20 thousand ancient finger marks. There are many caves in the area, and it is divided into caves of less than 25 meters and deep caves of up to 120 meters. Areas with deep caves have lakes and networks of underwater passages. It is believed that the water in the deep cave may be under the whole plain. Unlike the aridity of the plain, the caves are cool, dark, and stable.

According to the research, the signs related to this art date back to the Pleistocene period. Accordingly, during the last ice age, Aborigines lived on the Nullarbor Plain.

The Perth-Adelaide railway runs through the plain and has Cook station, around which only four people live. This railway crosses the arid plain as a straight line. This line has the title of the straightest railway line in the world. Don’t forget to see this unique railway when you visit the Nullarbor Cliffs. The straight line is more than 200 kilometers long. Passengers take Australia’s longest-distance train, the Indian-Pacific Express, on the line to a stop at Cook station. The train, which stays here for a while, continues its way after the passengers discover the surroundings. On the other hand, do not go without seeing the Eyre Highway. The straight highway over the region was named after Jhon Eyre, who was the first white to cross the plain in 1841. You can join the tours organized on the highway in this unique plain. The Nullarbor region is also frequently preferred by tourists for the Australian Outback experience. 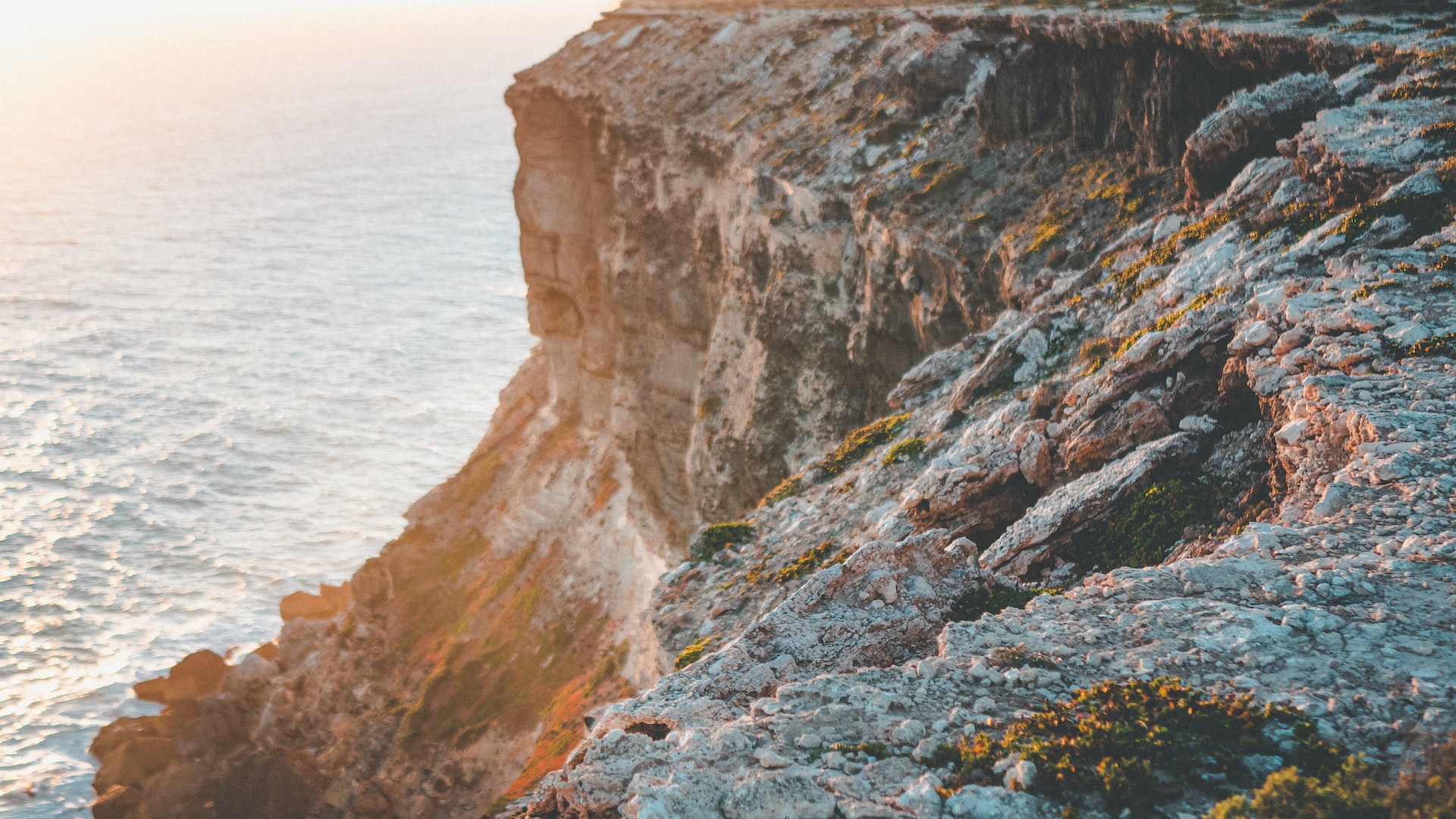 Nullarbor Cliffs are located where the Nullarbor plain meets the sea. This view, where you are meters above the sea, looks truly breathtaking. Because of this image, which extends parallel to the sea, it is called the end of the world. If you want to add an unprecedented region to your abroad trip, you should see these cliffs in South Australia.

The Travel Habits in the New Year: 2022 Travel Trends

We know you’ve missed traveling freely without restrictions. It’s a great fact that our travel habits as a tourist have changed when we say that…

Even though we have come to the last moments of winter, the beautiful atmosphere of the winter season still continues. Winter, which is one of the…

One who does not know his past cannot shape his future... Historical atlases chronologically explain the historical events, their reasons, human…