Çanakkale, located at the westernmost point of Turkey, is one of the country's most important cultural and tourism centers. The city is located at the intersection of the Marmara and Aegean regions and has been known for its importance throughout history thanks to the Çanakkale  Strait. It is considered as an important cultural heritage for Turkey as well as for the world. Troy, immortalized by Homer's Iliad and taken under protection in the UNESCO Cultural Heritage List, welcomes you with a completely different route on your historical journey towards historical and cultural riches. 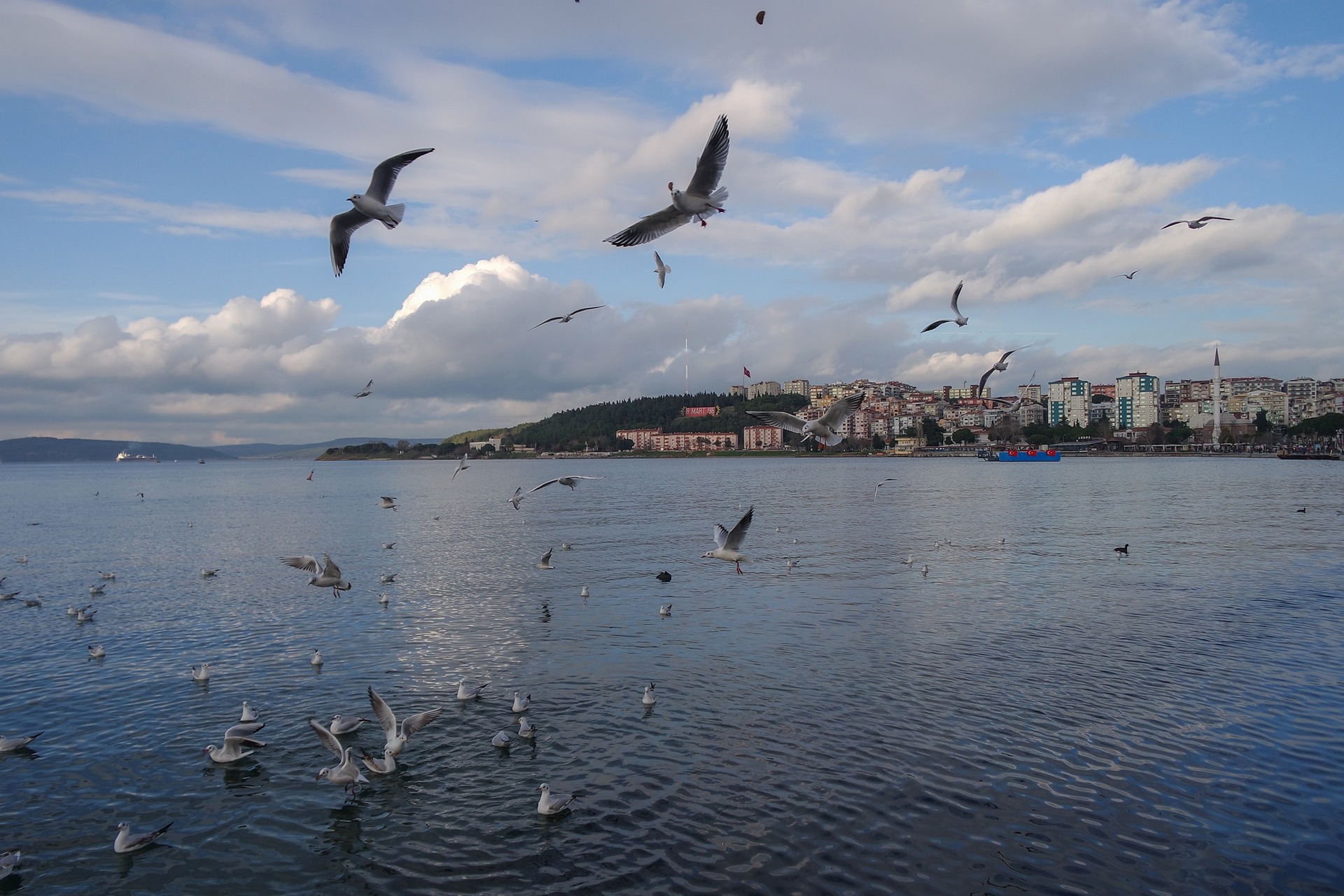 Çanakkale, which has made a name for itself on the stage of history since B.C.  3000 years, took the names Dardanel and Hellespontos in the past. Although one of the factors that make the city important is its location, as we mentioned, Çanakkale's historical foundations are also very strong. At the beginning of the names that make the region important is the ancient city, which is called Troia according to some languages ​​and Troy according to some languages. The ancient city is located within the borders of Hisarlık district of Çanakkale. Located in the Troy Historical National Park, located at the foot of the Kaz Mountains, the great ancient city is on the UNESCO World Cultural Heritage list. Instead of using the phrase "must see places" when you go to Çanakkale, it would be correct to say "You must go to Çanakkale to see the ancient city of Troy", the city of legends.

History of the Ancient City of Troy

There are many historical information and legends about the ancient city of Trova. Before moving on to these, let's talk about the discovery of this ancient city. German archaeologist Heinrich Schliemann found Troy, which is considered one of the most famous ancient cities in the world, in the 1870s. The ancient city, which emerged as a result of Çanakkale's work on the Biga peninsula, has a very interesting past in both historical and mythological terms. Troy region; It has been under the domination of many different rulers and civilizations such as Persians, Seleucids, Romans, Alexander the Great. It is said that one of the first rights to come to the settlement is the people of Anatolia. Therefore, it is not surprising that Troy carries a mosaic cultural richness to the present day... However, besides these, one of the biggest factors that make Troy interesting for the whole world is its story, which is the subject of the epic. 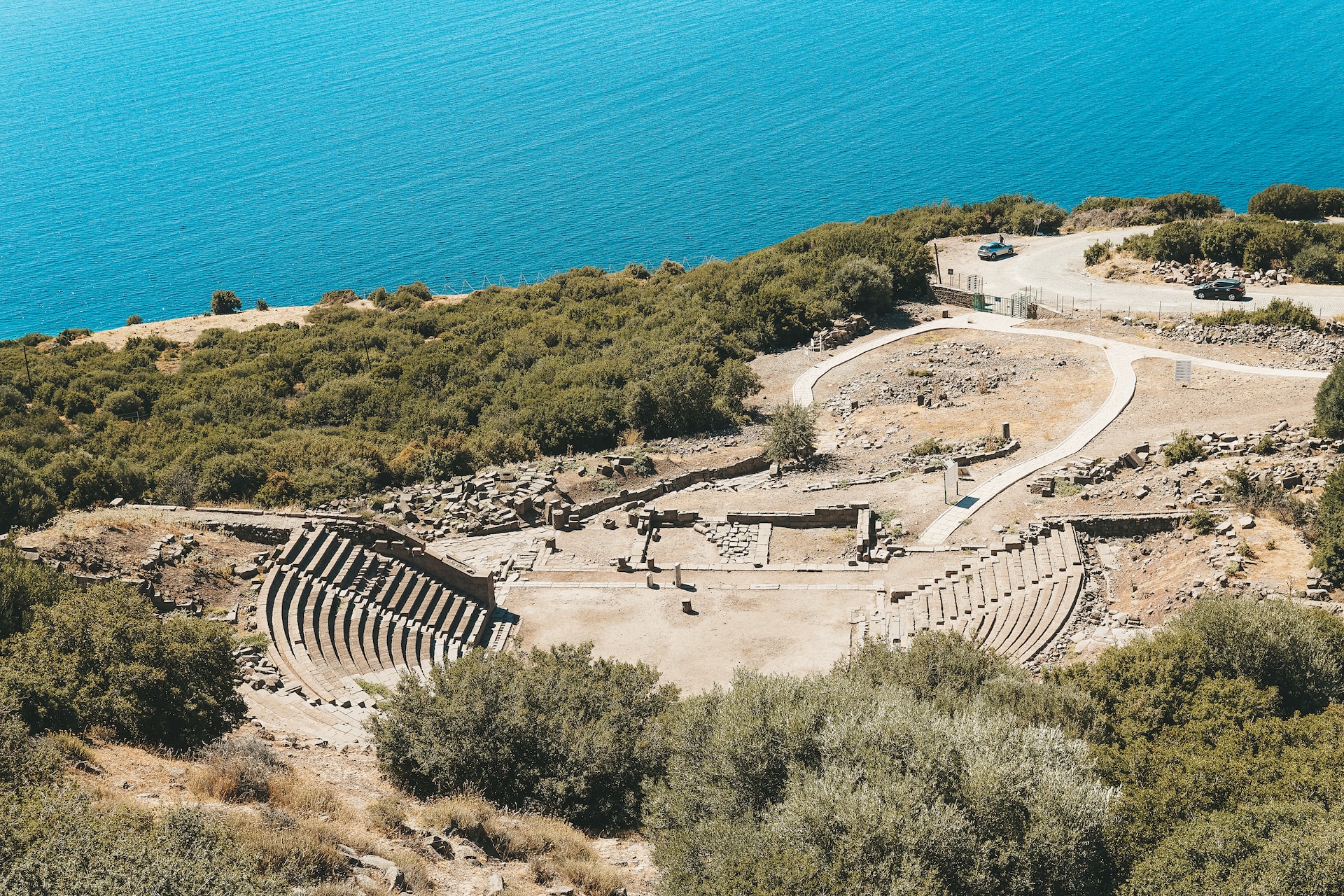 The Trojan War, the Subject of Epics

As a result of archaeological studies, the city of Troy, whose existence was a matter of debate in the past, is accepted as true today. It is the epics of the Iliad and Odyssey that made Homer, one of the most important poets of the ancient age, Homer. Although it is claimed that they are anonymous for epics, they have come to the present day by integrating with Homer. It is believed that the Trojan War, which took place in the famous work Iliad, took place in this region. There are many rumors about the details of this war. It is believed that the world's first beauty contest was held in the city, which was mentioned by the ancient Greeks with various stories. It is even said that the war started for this reason and lasted for ten years. Among the Aphrodite, Athena and Hera participating in the beauty contest, the prize is given to the person promised to Aphrodite. In another narrative, an apple is thrown on the tables of Aphrodite, Athena and Hera, who attend the wedding, and this is how the events begin. One of the subjects identified with the Ancient City of Troy was the war in which the Trojan Horse took part. 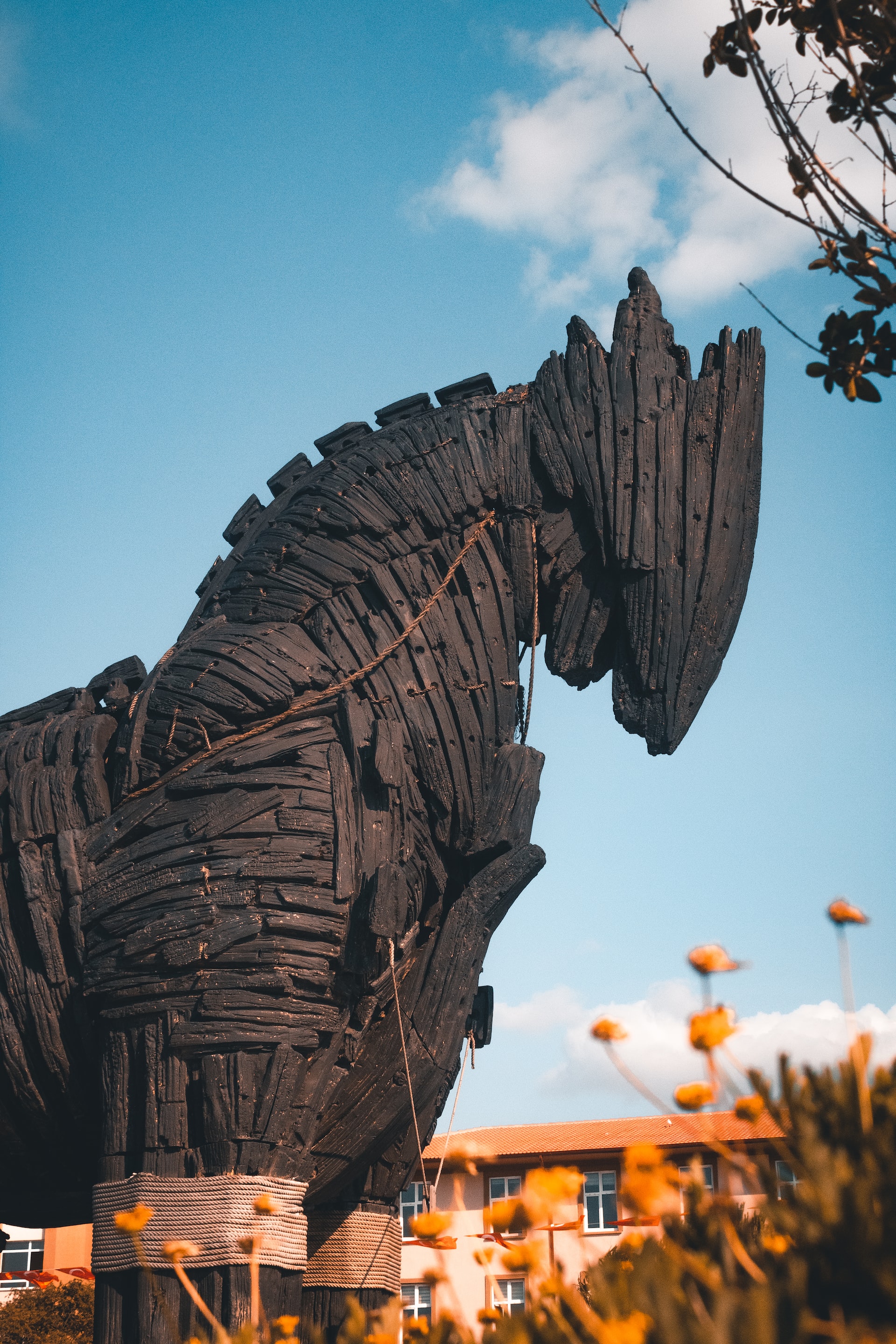 The Trojan horse, one of the important symbols of Greek mythology, which is the subject of movies and books, is one of the best examples of strategy in history. The Trojan War, which is considered to be the first example of the conflict between east and west, which still exists even today, was fought between the Achaeans and the Trojans. It is known as the first great war between east and west. The reason for the war was a love story. The son of Priam, the king of Troy, falls in love with the wife of King Menelaus of Sparta. Responding to the love of the king's son Paris, Helen flees with him to Troy. King Menelaus, enraged by the betrayal he lived, declares war against the Trojans. The war he started with the Achaeans, that is, the Greeks, lasted for 10 years. All the soldiers get tired of the ongoing war and the one that will end the war will be the Trojan horse move with its successful strategy that went down in history. The Achaeans seem to be withdrawing from the war and drive a wooden horse into the city of Troy. They make people believe that if they get it, it will be good luck for them. However, the most equipped Greek soldiers were placed inside the horse. The Trojans believe that the war is over by taking the horse inside with their superstitions and they are relieved. Just after this relaxation, the soldiers coming out of the horse attack the city at the most empty moment and win the war. King Menelaus takes his wife Helen and leaves... 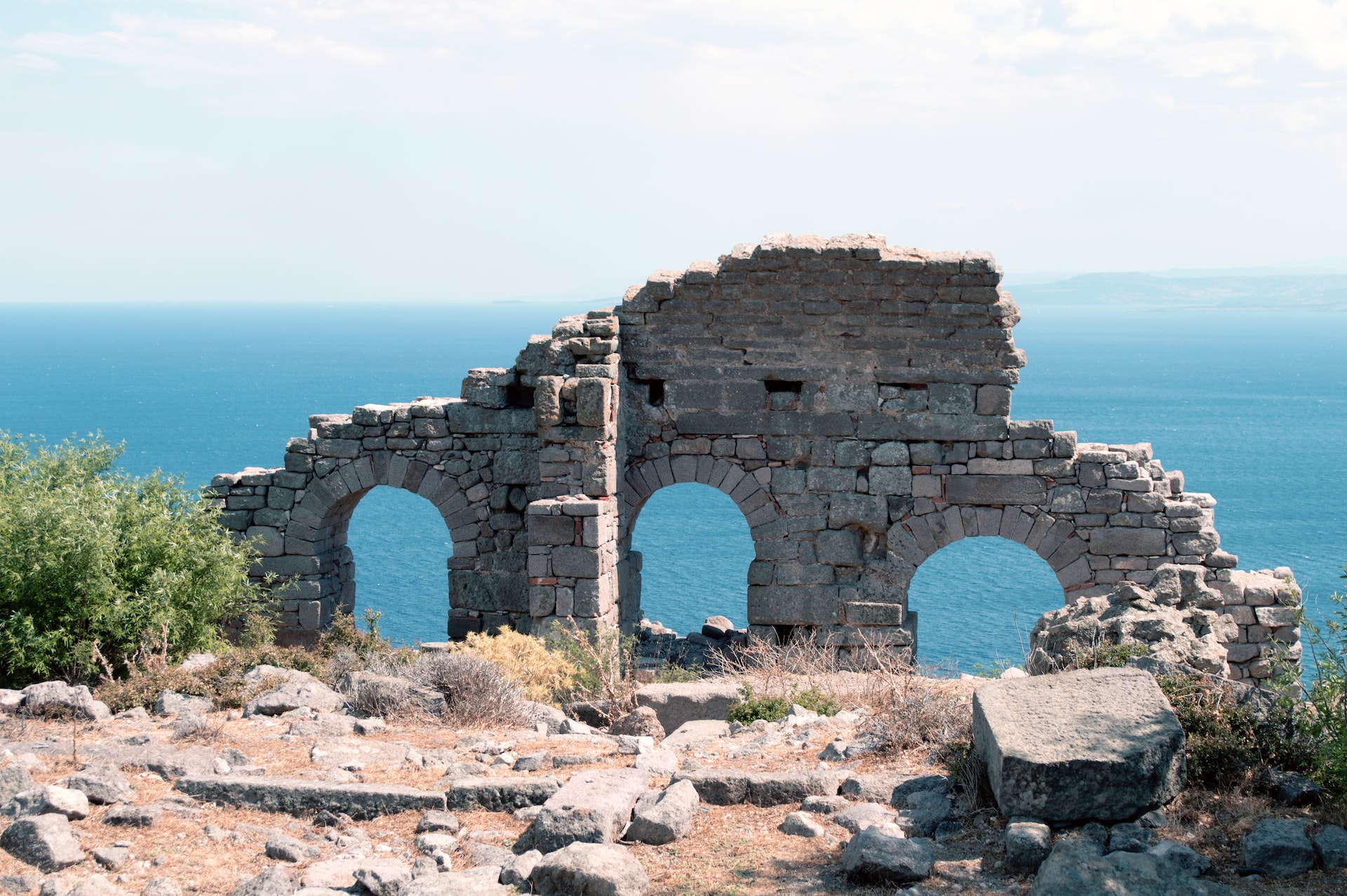 When you go to see the ancient city, which is home to all these rumors, one of the places you should definitely visit will be the Troy Museum. You should definitely turn your cultural route to the Ancient City of Troy during your Çanakkale tour. In the Ancient City of Troy, located in the Troy Historical National Park, there are many different living spaces such as baths, theaters, holy area, VİM Palace, South Gate, which have been brought to the present day by archaeological excavations. One of the most important places to see is the Trojan Horse, and the Troy Museum should definitely be visited. The museum, which was restored between 2013 and 2018, now hosts its visitors. In the area, which received the European Museum of the Year award in 2020, there are traces of many civilizations such as marble statues, gold bracelets, sarcophagi, weapons and ceramics. The entrance fee of the museum, whose visiting hours are extended during the summer period, is 100 TL, and an audio guide service is also provided. 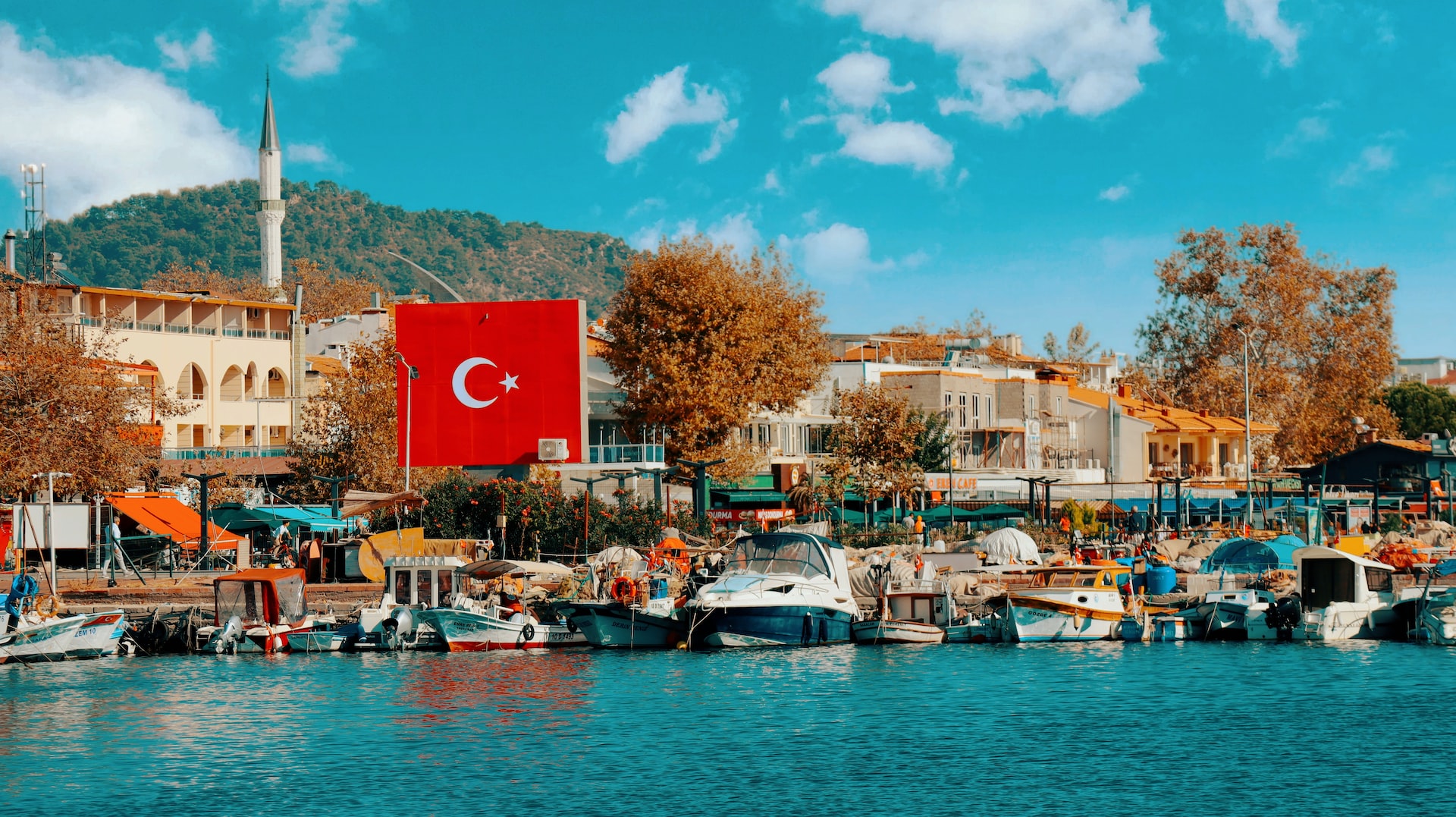 The route from Troy to Assos stands out as a cultural and tourism project that aims to introduce the rich archaeological and cultural heritage of the region to the whole world. This 120-kilometer route, created with cycling and walking routes, seems to have excited those who want to discover local flavors and embark on a historical adventure. You can visit https://www.troycultureroute.com/tr for more information about the Troy Culture Route, which is created in stages and takes 5-7 days depending on the selected stage.

Known for its sandy beaches, windmills and vineyards, Turkey's third largest island, Bozcaada, is an island connected to Çanakkale. There are no…