One of the liveliest places on earth, Burano is not called "Rainbow Island" for nothing. Colorfully painted houses from bright red to candy pink, lemon yellow to sky blue, balconies adorned with flowers make you feel as if you are walking on a color palette. Not only that but also whichever street you enter, you see beautiful lace covers on the street doors, which makes Burano a truly fairy-tale land. 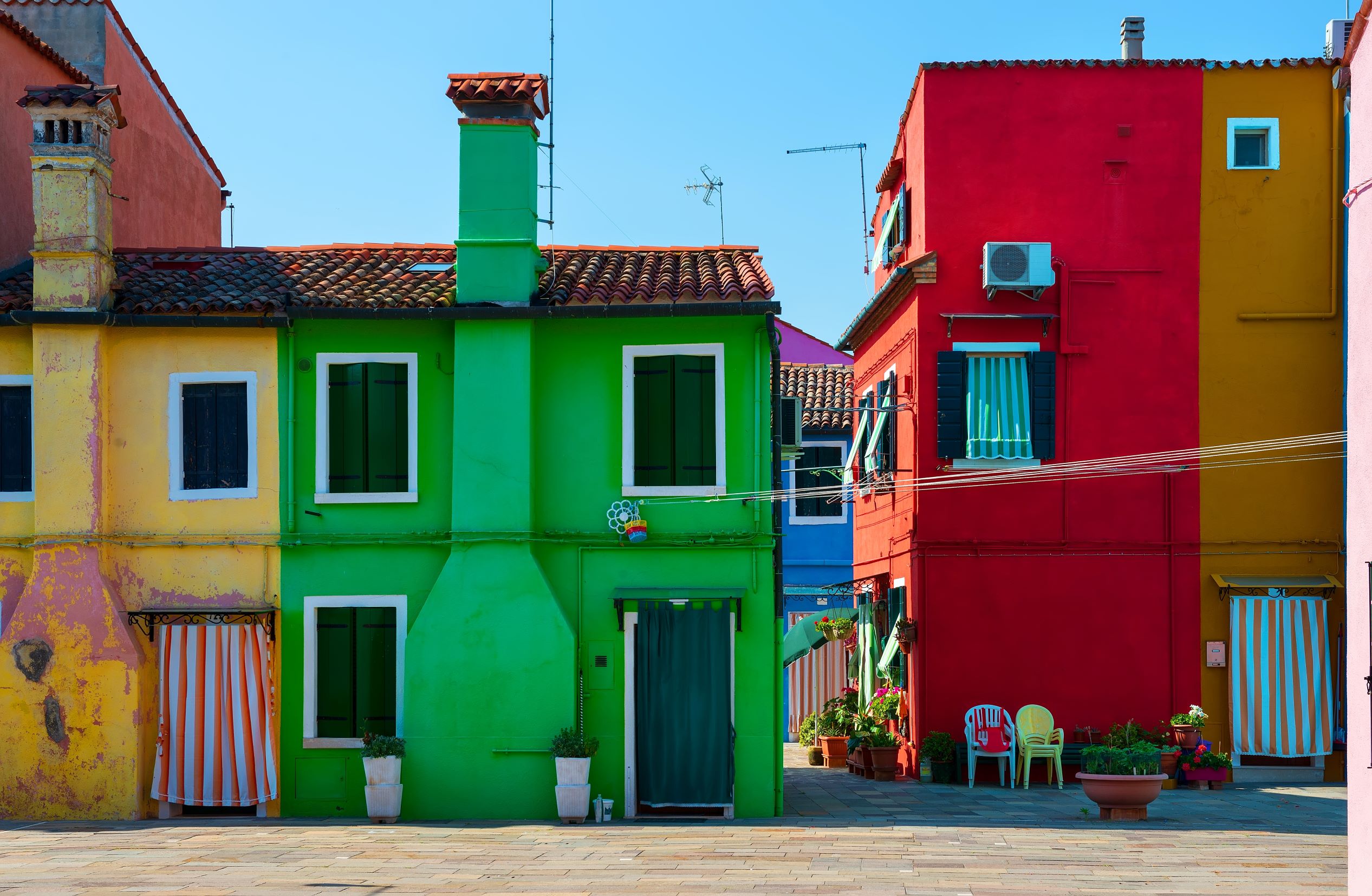 Let's take a look at the past of this charming town before we move on to introduce Burano. Burano, a fishing town a 40-minute boat trip from Venice, is said to have been founded by the Romans, but looking at the oldest ruins in the area, it seems that the settlement on the island dates back to the sixth century. The island used to make a living from fishing, as it does today, but in the 1500s, they found a new source of livelihood. The local women's specialization in certain types of sewing, especially lace making, led Burano's name to be associated with lace in a short time. They reinforced this tradition with the lace school they opened in 1872, and the lace industry is still one of the biggest financial resources for the island.

The fact that Burano houses are so colorful is not new, its origins date back to the 16th century.  Although it is not certain, there is a legend about this, which is thought that each of the houses was painted in a different color in order to make it easier for the fishermen who go to the sea in bad weather conditions to return home in the fog. Whatever the reason, Burano people have never abandoned their traditions, and today they continue to paint their houses every two years according to the color scheme determined by the municipality. 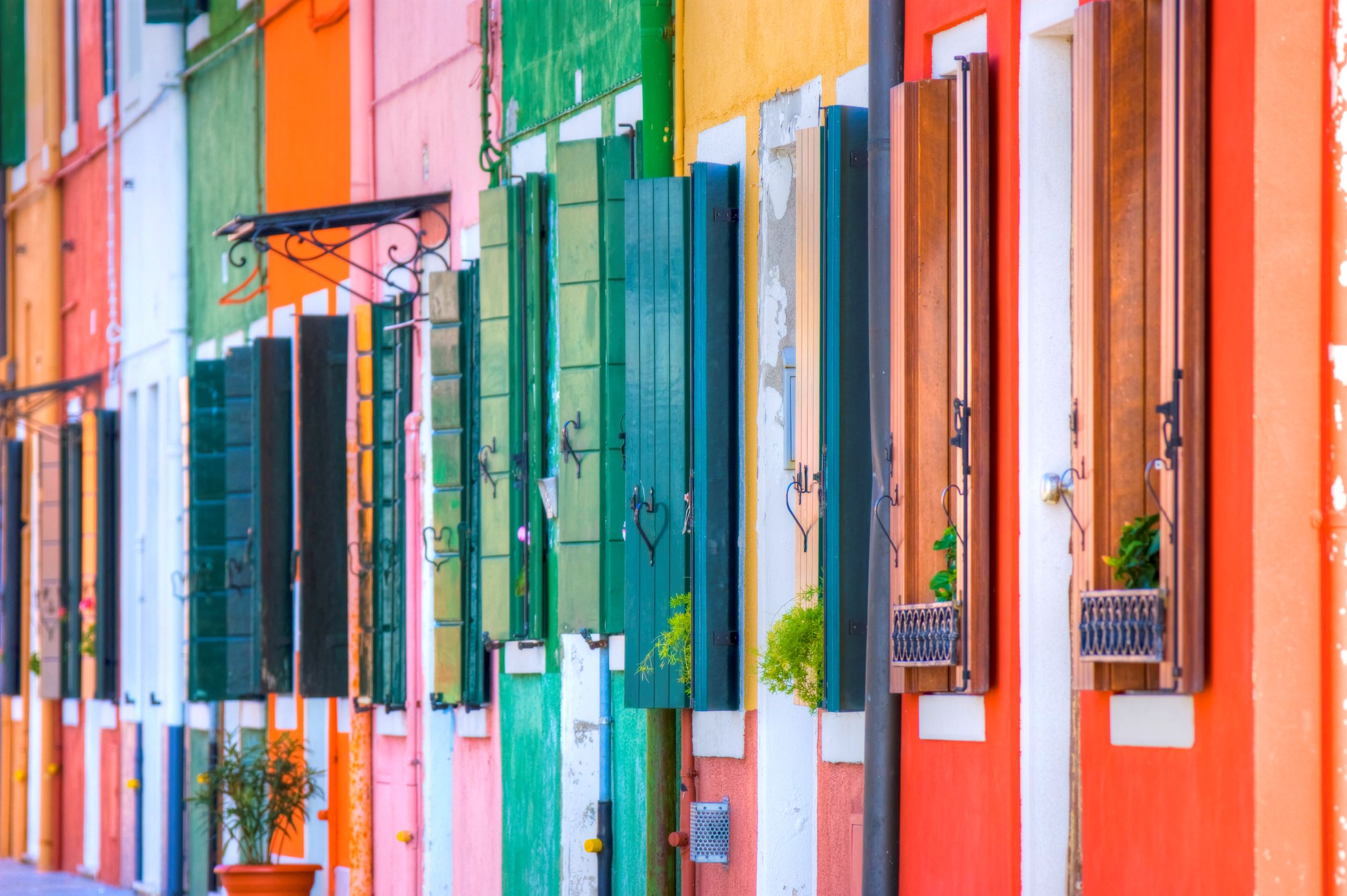 What to do in Burano

If your next stop after Venice will be Burano, you can reach the island by taking the sea buses departing from San Zaccaria or Fondament Nove. The view of the journey, which lasts about 40 minutes, is also really heartwarming, if you sit by the window, and we are sure that you will want to start taking photos while you are on the ferry.

The town, which has a population of around three thousand, gets very crowded in the summer months, especially due to the high number of day-trip tourists from Venice. If you have been to experience Burano for a short time, the first thing to do is to go to the main street and visit the shops where you can shop by getting yourself lost among the tourist crowds. Of course, the most popular pieces are still lace, but considering that all the products are handcrafted and some pieces take more than a year to make, the prices may seem a bit expensive for that.  Nevertheless, you may find imitations of the products in order not to spend much money, but it is a fact that it does not create the same feeling as the lace produced by the locals.

It might be a good idea to unwind after shopping and take a break at the island's restaurants where delicious, fresh and local seafood is served. 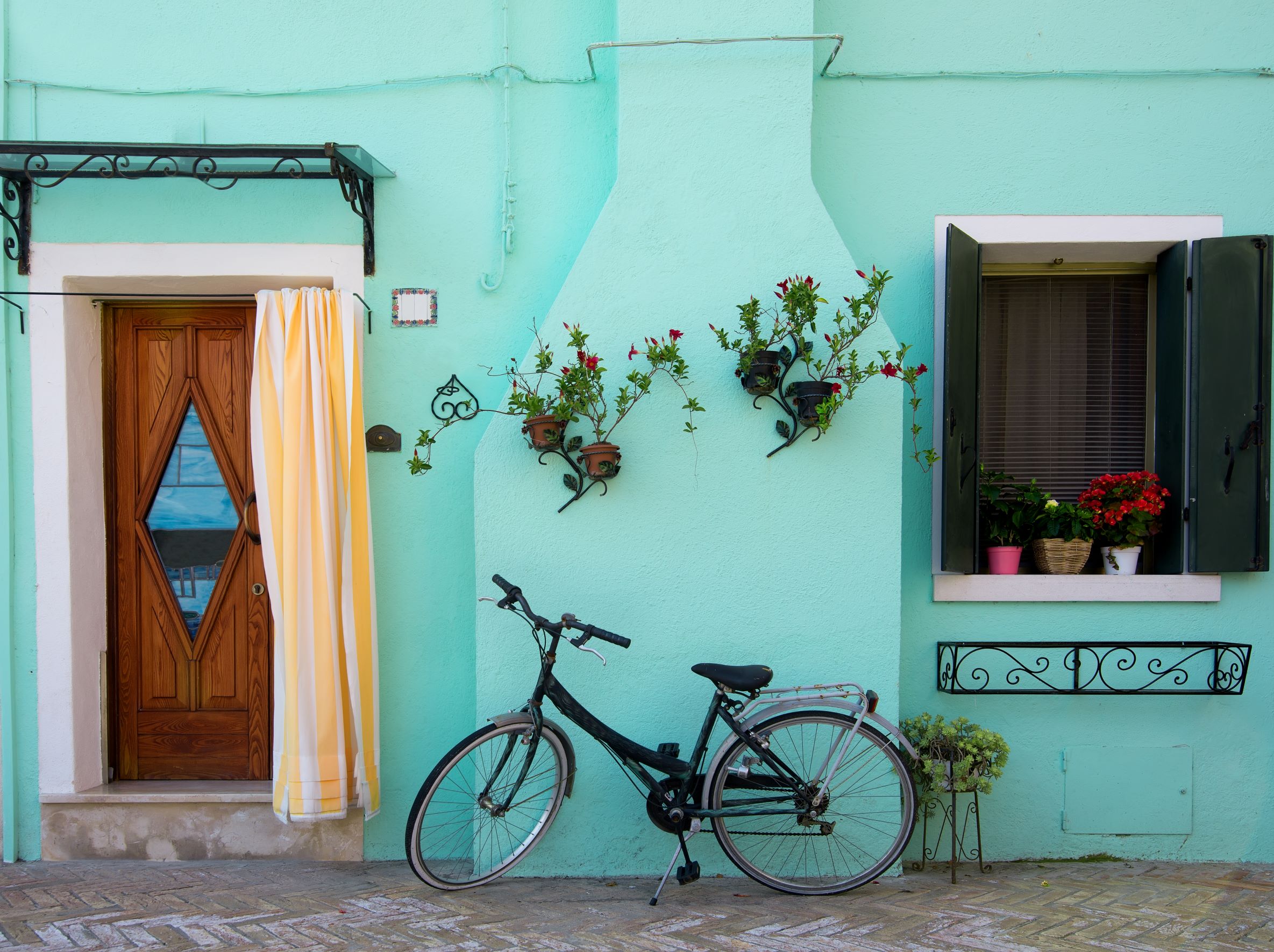 After dinner, you'll probably be looking forward to snapping photos that will cheer up your Instagram because you are in one of the right places for this. Even when you enter any street, the surrounding creates such a beautiful background that you don't have to try too hard to take beautiful photos. As a bonus, when you add canals and bridges to these colors, you can be sure that a very enjoyable Burano tour awaits you.

Pisa isn't the only leaning tower in Italy. Don't be surprised to see the 53-meter-high leaning bell tower of its 16th-century church. This is one of the most touristic structures of Burano. While you're there, be sure to visit the Oratorio di Santa Barbara Chapel next to it.

Speaking of lace so much, it would be impossible not to tell about the Museo del Merletto. In this museum, you will have the chance to see the very rare pieces from the first years of lace making, as well as the lace embroidered dress worn by Queen Margherita.

Since there are not many touristic and historical places to see in Burano, you usually see almost every place in three or four hours, but if you ask us, the taste of the island comes after the tourists get on their boats and return to Venice. So, if you have time, you might consider spending an extra night here.

One of the liveliest places on earth, Burano is not called "Rainbow Island" for nothing. Colorfully painted houses from bright red to candy…

Puglia is one of the most beautiful and most visited regions of Italy. Located at the southeastern tip of the peninsula and washed by the Adriatic…