Places to Visit in Germany

Germany, the most powerful country in Europe, is on top of the travel lists with its historical and cultural presence. Since it has one of the four largest economies in the world, its level of development is also relatively high. Thanks to its livelihoods such as foreign trade, industrial production, automotive, food, agriculture, animal husbandry, and tourism, it is the country that exports the most after Japan. Germany, especially after the fall of the Berlin Wall, with the unification of East and West Germany, made progress toward becoming a tourism country. Cathedrals, castles, and museums are among the most sought-after places in the country. Hence, we will also tell you about the sightseeing points in other cities, starting from the capital Berlin. Let’s start.

Berlin, the capital and largest city of Germany, has a lot to tell. In the past, it had the distinction of being the capital of the Prussian and German Empires. Although it has seen and lived through the Cold War Period and Nazi Germany, it is still the city with the most vital standing in the country. It has a crucial place in world history. After all the bad things that happened, Berlin focused on the development and tried to erase the traces of history with art and culture. 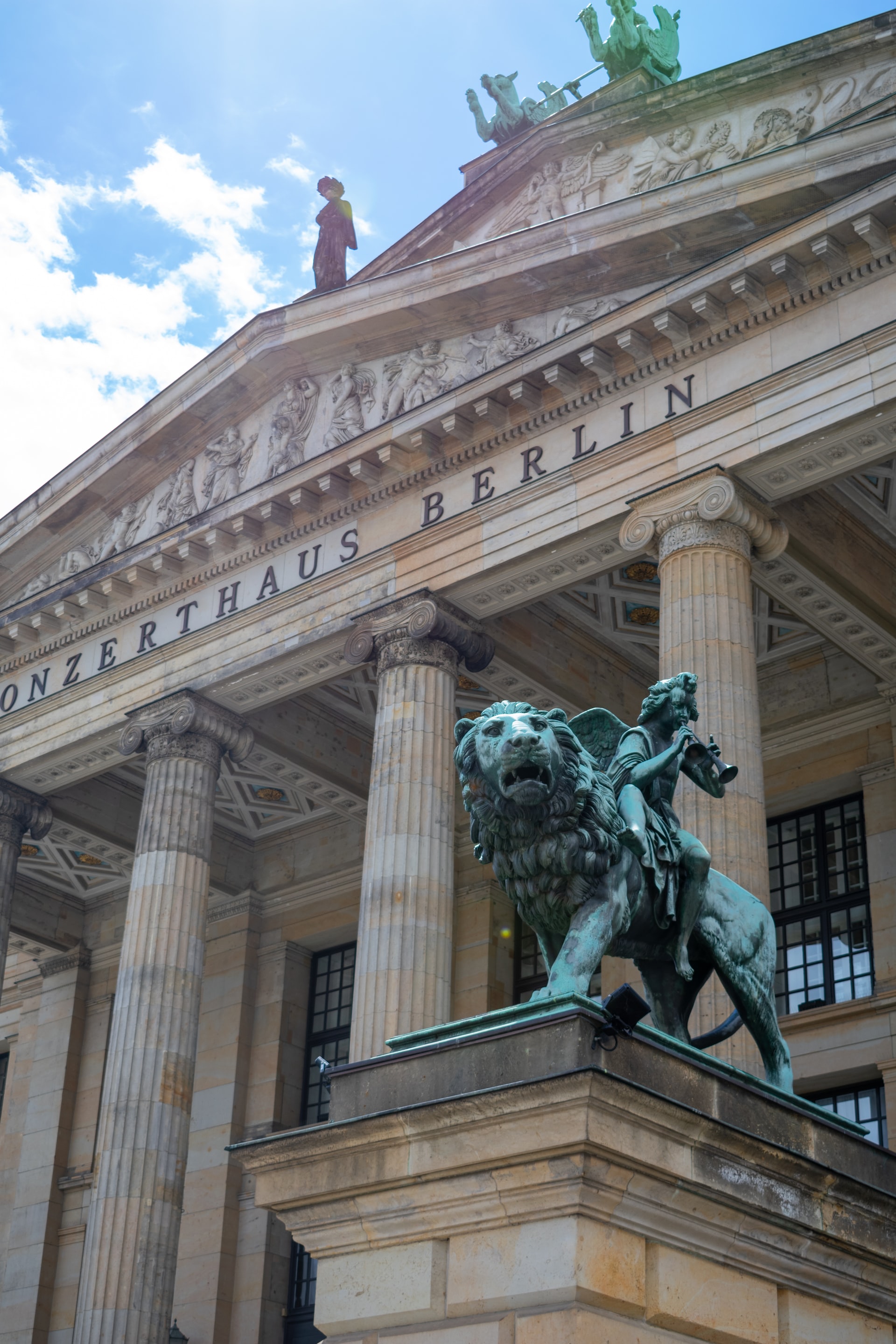 Today, it has a great art movement in dance, music, painting, and gastronomy. Various concerts, parties, and festivals are organized in the city throughout the year, trying to create a cultural calendar. When you come to Berlin to visit historical buildings and touristic places, most importantly, do not leave the city without participating in such events. The historical places and places we are talking about are the Brandenburg Gate, Berlin Cathedral, East Side Gallery, Holocaust Memorial, Jewish Museum, Pergamon Museum, and Old and New Museum. You can get to know the city by visiting these places on your trip to Berlin.

Nightlife is very famous in Hamburg, the second most populated city in Germany. It is also known for being a port city as well as nightlife because Hamburg has the second largest port in Europe. There are many bridges in the city as it was built on the banks of the Elbe River. For this reason, it is known as the city with the most bridges in Europe. 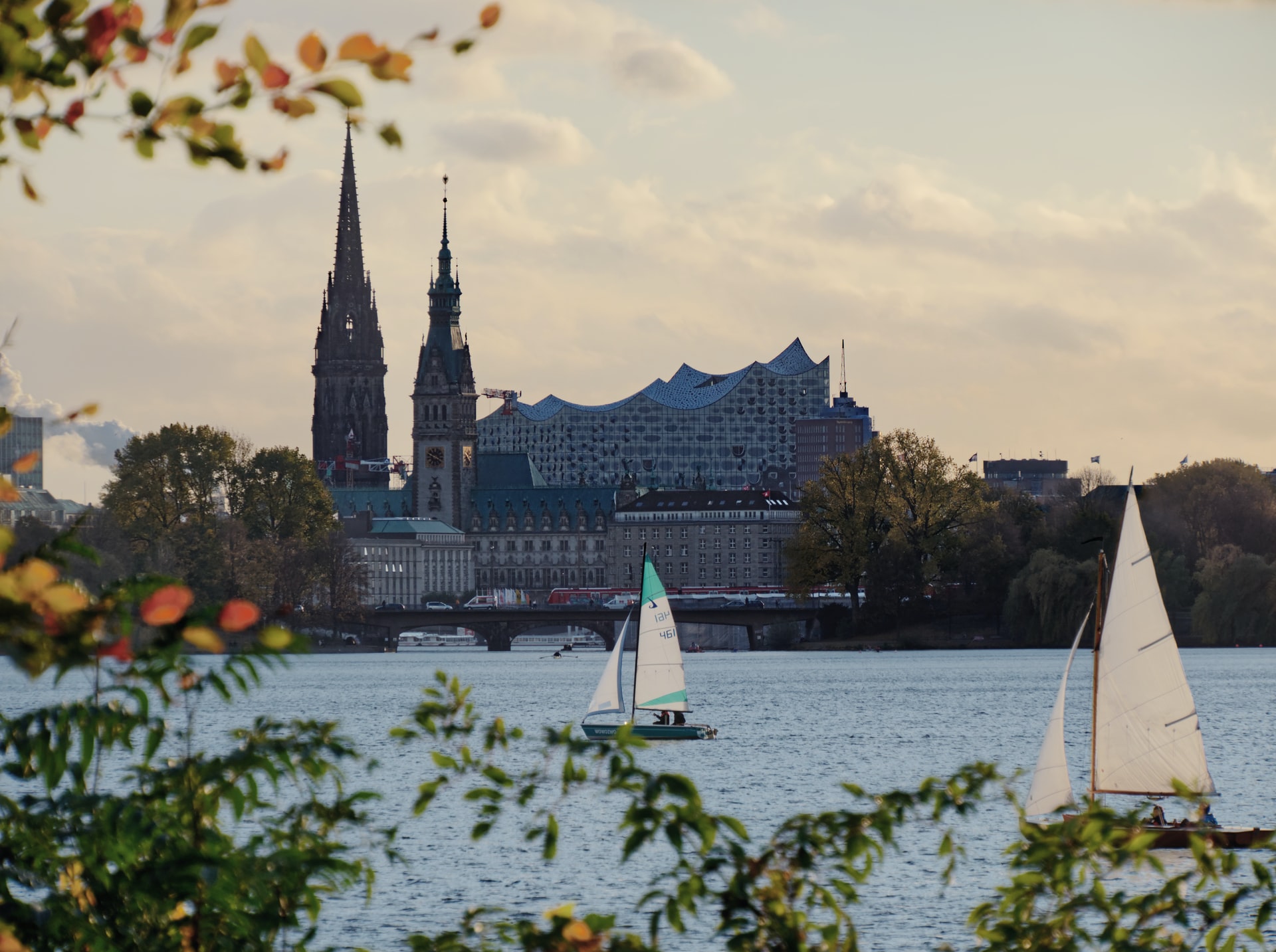 Coming to the events in the city, just like in other cities, more than one festival is held in Hamburg. These are Dom Festival (March, August, November), Japanese Cherry Blossom Festival (May), International Fireworks Display (August), Reeperbahn Music Festival (September), and Elbjazz Festival (June). If you’re thinking of when to go to Hamburg, you can consider these dates. Apart from these, you can visit Hamburg City Hall, Miniatur Wunderland, St Michael’s Church, and Elbphilharmonie.

It’s the third-largest city in Germany. It’s also the capital of Bayern, a state in the southeast of the country. Although it survived the Second World War with heavy damage, it managed to preserve its historical and cultural texture. Hence, it’s one of the most popular places in Germany. We recommend that you go to Munich, which is known for the Oktoberfest held between 17 September and 3 October, on these dates. The world’s largest beer festival is held there. Thanks to its various events and museums to visit, it’s at least as active as Berlin and Hamburg. 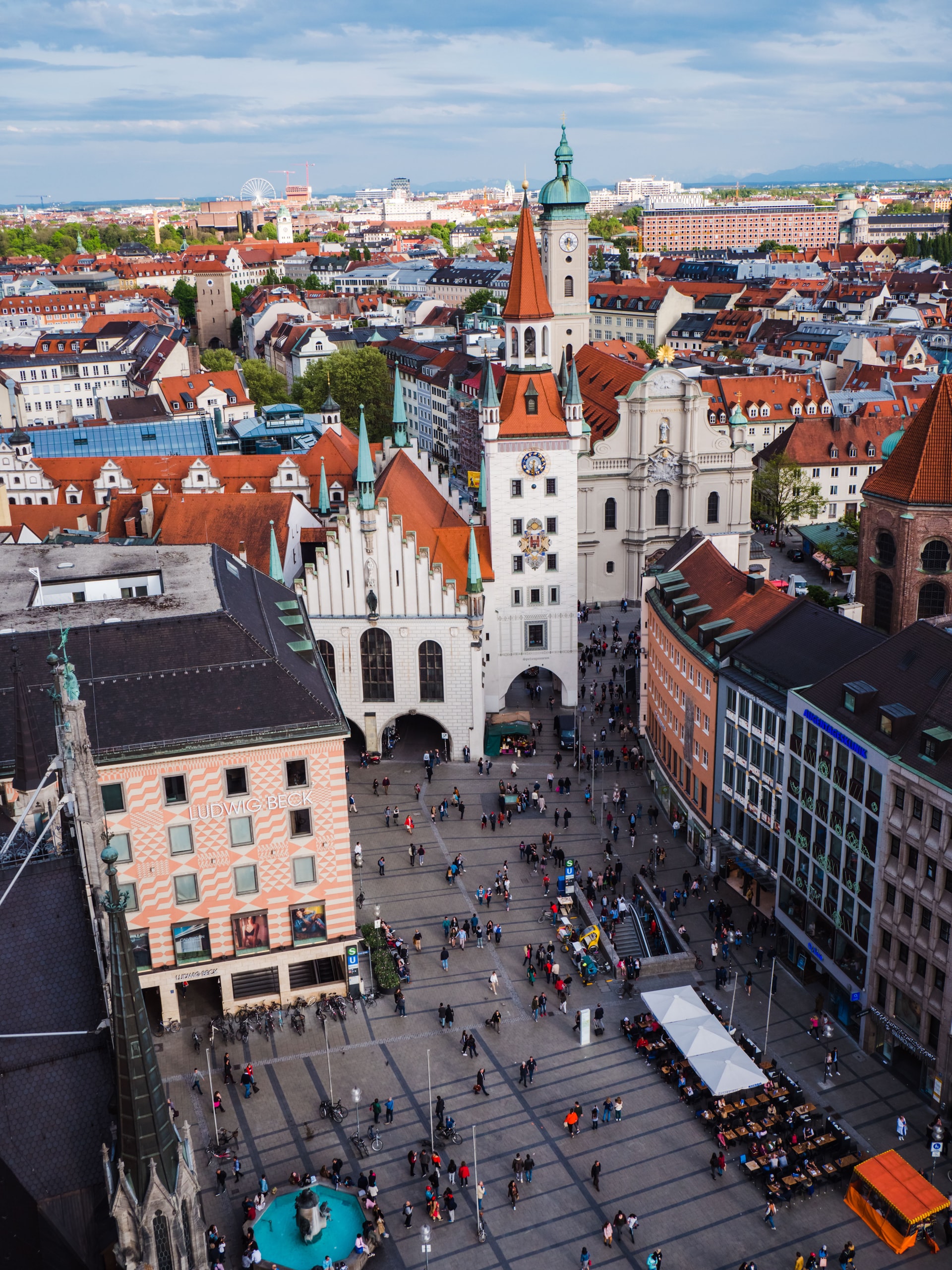 Since the city is the birthplace of famous German brands such as BMW and Siemens, it has a vital place for collectors. You can end your Munich tour by visiting Marienplatz, Frauenkirche, St Peter’s Church, BMW Museum, Munich English Garden, and Olympic Park.

It’s the fourth largest city in Germany. Gothic architecture and modern shopping centers draw attention to the city built around the Rhine. When you come here, you should definitely see the Cologne Cathedral, which has become the most essential symbol of gothic architecture and the symbol of Cologne. The construction of this historical building started in 1248 and took about 600 years. The cathedral, whose construction was completed in 1880, is on the UNESCO World Heritage List. 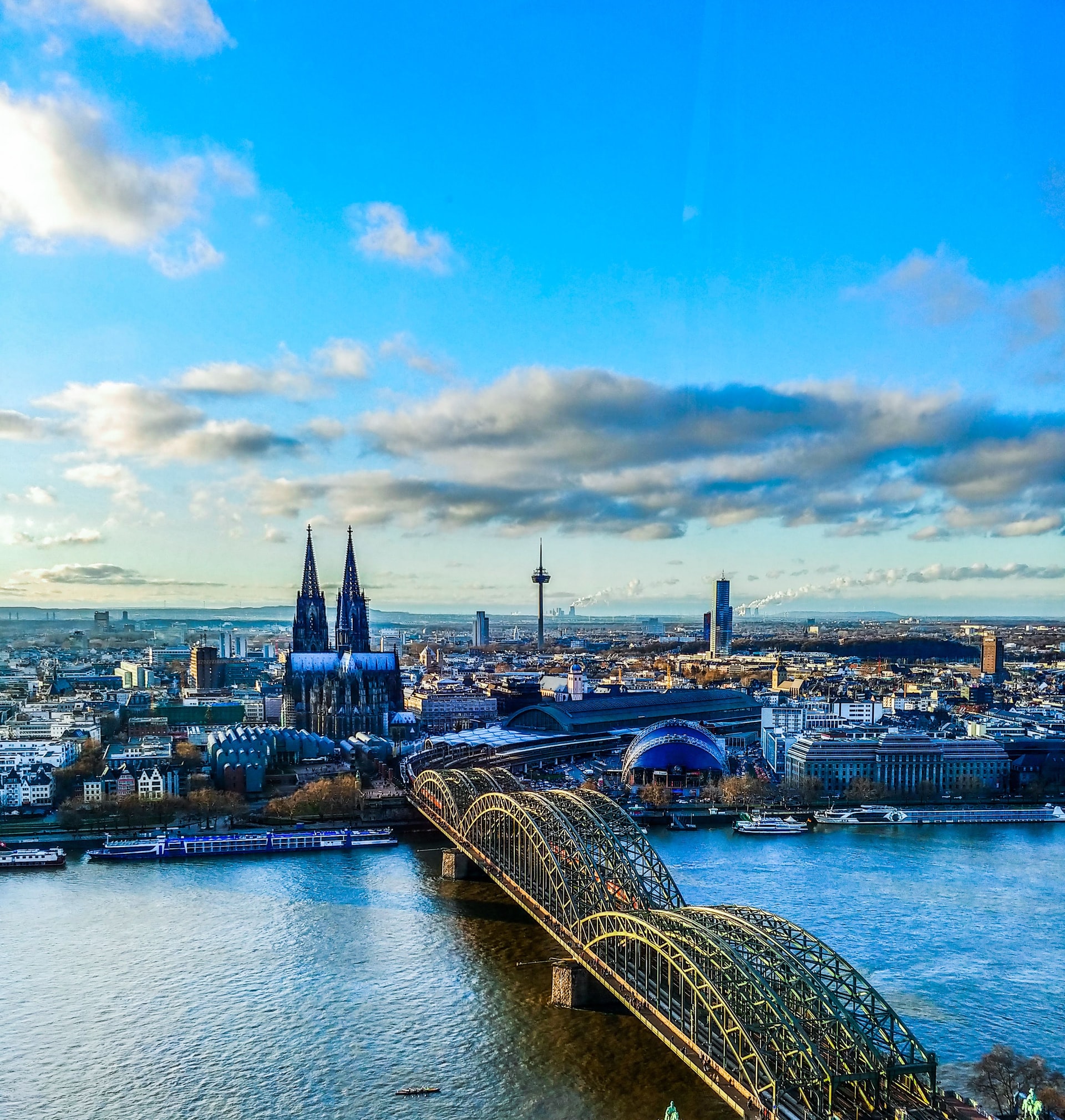 You should definitely see the Hohenzollern Bridge, which is right next to the cathedral, because this bridge is the most famous of the seven bridges in Cologne and is quite magnificent. It is also called the Love Lock Bridge because people hang colorful locks on this bridge. You may also be interested in the Chocolate Museum (Schokoladenmuseum) by the river. You can also visit places such as the Roman Germanisches Museum (Römisch-Germanisches Museum), Cologne Zoo, Kolumba Museum, and Cologne Central Mosque.

Stuttgart, the country’s most mountainous city, is surrounded by forests on three sides. The Neckar River flows through the middle of the city. It’s one of the most developed places in Germany in terms of industry and economy. There are also charming festivals there. Spring Festival is held in April, Africa Festival in July, and the Weindorf Festival in September. Participation in all these festivals is very high. The production facilities of big brands such as Mercedes, SAP, Porsche, and Bosch, which are known worldwide, are located in Stuttgart. Millions of tourists come to the city due to the enthusiasts of these brands. There are many museums and castles you can visit in the city, and beautiful streets to walk. Mercedes-Benz Museum, Porsche Museum, Stuttgart Art Museum (Kunstmuseum Stuttgart), Old Castle (Altes Schloss), and King Street can be given as examples. 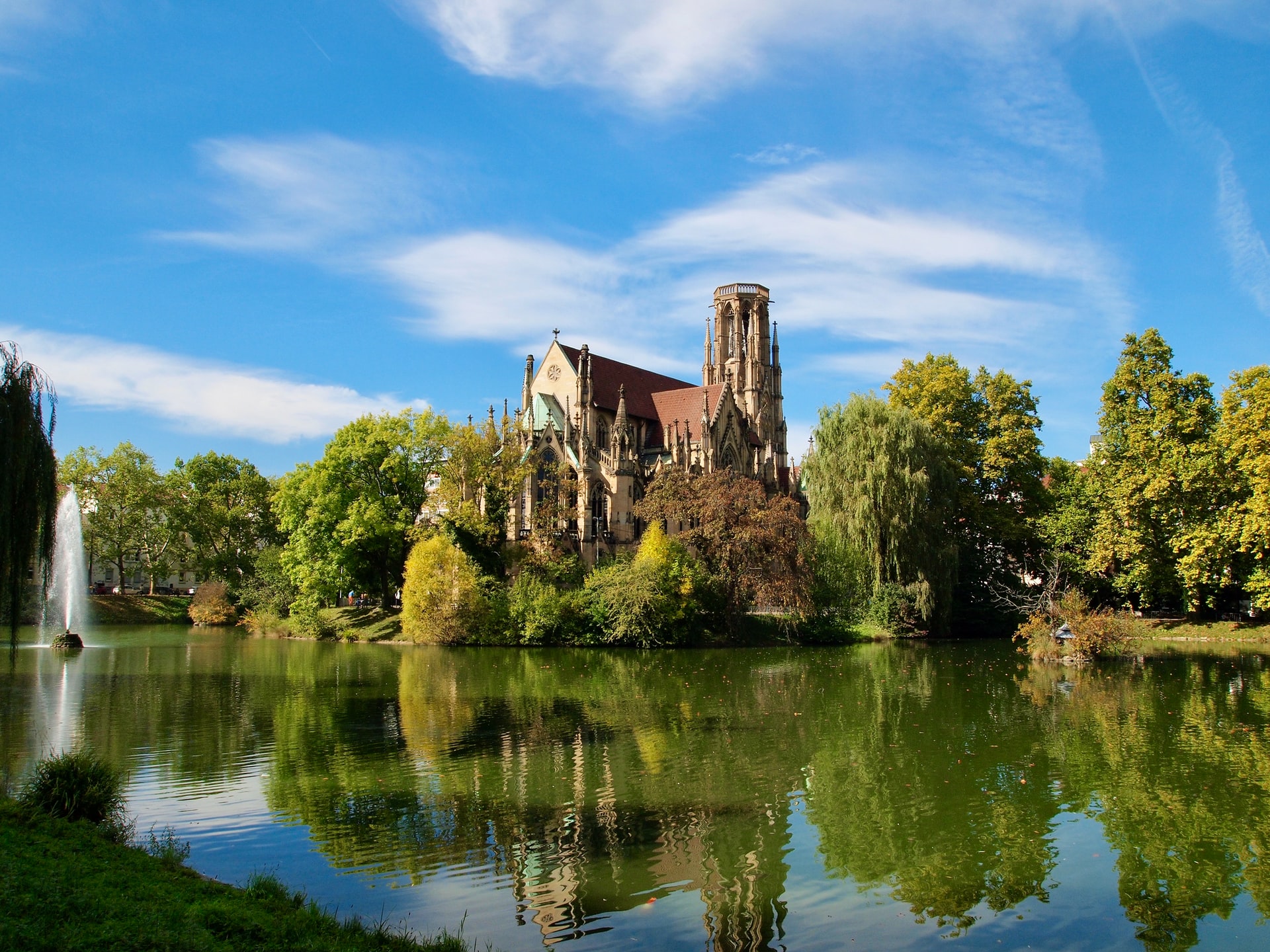 You can travel to Germany from Turkey both by air and by road. We recommend that you go by plane as it is more comfortable and faster. In this way, you can arrive in Germany in as little as 2 hours and 10 minutes. It’s also possible to land in the cities of Düsseldorf, Berlin, Cologne, Stuttgart, Frankfurt, Munich, Hamburg, and Nuremberg by planes departing from Istanbul, Ankara, Izmir, and Antalya. If you’re planning to go to Germany, have a nice trip in advance…

Places to Visit in Germany

Germany, the most powerful country in Europe, is on top of the travel lists with its historical and cultural presence. Since it has one of the four…