Pearl of the Bosporus: Maiden’s Tower

This article introduces you to the Pearl of the Bosporus: Maiden’s Tower, one of the unique symbols of Istanbul, famous for its legends, and which you can’t help but greet every time you pass by the ferry. It was not always known as the Maiden’s Tower, of course. It was known as the Small Castle in ancient times, Arcona in the 15th century, and Leandre Tower in the 17th century.

Foreigners also know this unique tower, located on a rock 150-200 meters from the shore, off the coast of Üsküdar, as Leander’s Tower or Maiden Tower.

With its history stretching back 2,500 years, the Maiden’s Tower becomes another beautiful sight at sunset. 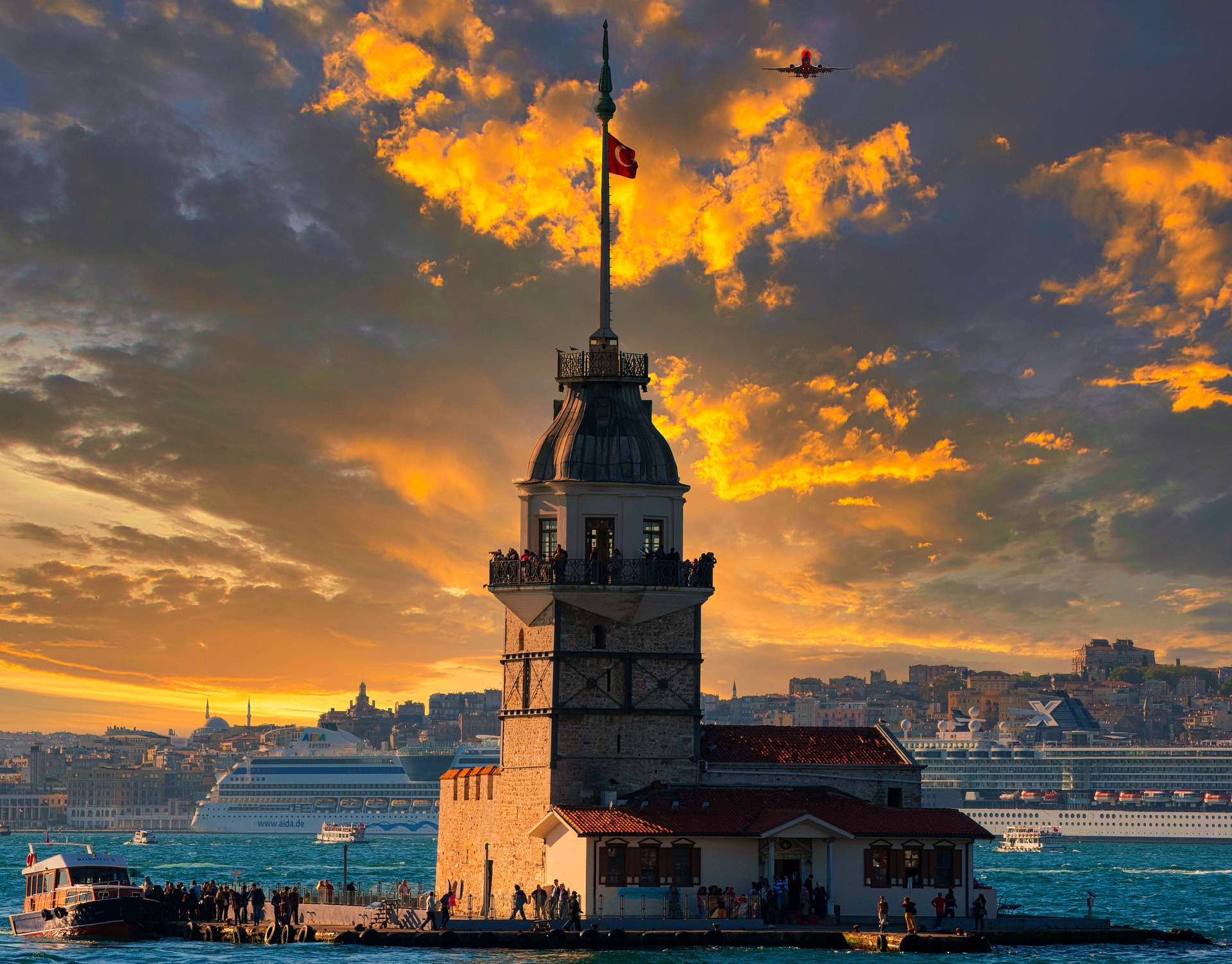 The area where the tower is located turned into a natural customs watchdog after a large rock broke off from the land and formed an islet in the sea in 410 B.C., and a tower was built on it by order of the Athenian commander Alcibiades.

In the Eastern Roman Empire, it became a defense point where the entrances and exits to the Bosporus were controlled, and after the Conquest, a new tower was built and turned into a symbol of celebration by shooting from the tower on special days such as holidays and ascension to the throne.

Its use as a lighthouse takes place with the Grand Vizier Damat İbrahim Pasha. Perhaps the most interesting and important use of the tower, which has been used for many different situations over time, is to serve as quarantine and hospital for epidemics. In the plague epidemic in which 20-30 thousand people died, the patients were isolated here, and the spread of the disease was prevented.

The tower, which was used mostly as a surveillance and radar station in recent history, started to be used for touristic purposes as of 2000. 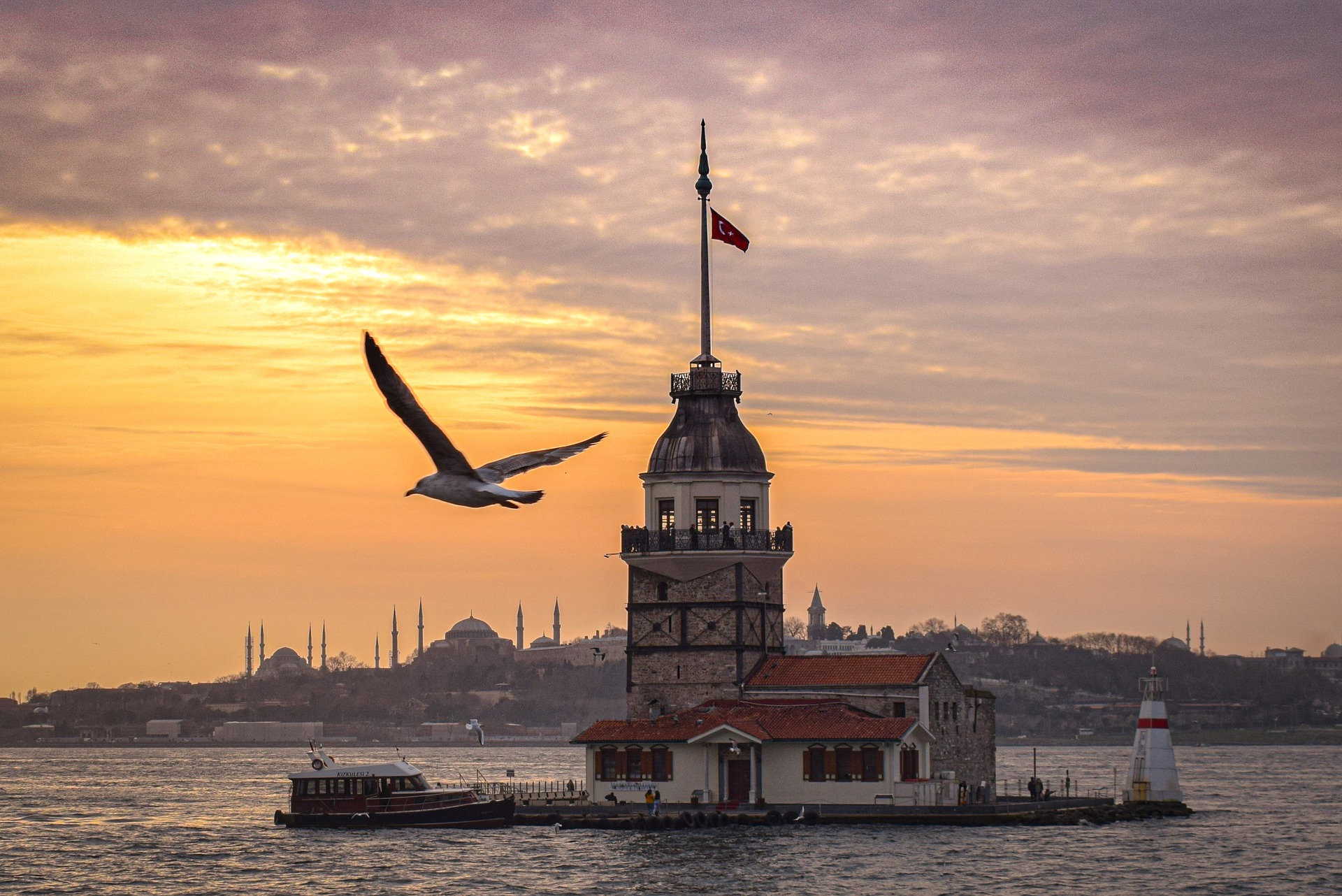 Maiden’s Tower serves as both a museum and a cafeteria and restaurant where you can eat and drink. Reservation is required for evening meals, but this is not valid for daytime meals. You can host your guests with a magnificent Bosporus view in the Maiden’s Tower, where you can also organize your special invitations or organizations with the limit of the number of people, and you can add a different meaning to your special days.

The entrance fee for the Maiden’s Tower, which you can reach by boat from Salacak and Kabataş, is 40 TL (per person) for adults and 20 TL per person for students. The price includes the boat fee.

Dinner starts after 7:45 p.m. by reservation. You can enjoy carefully prepared menus from world cuisine accompanied by live music and scenery. 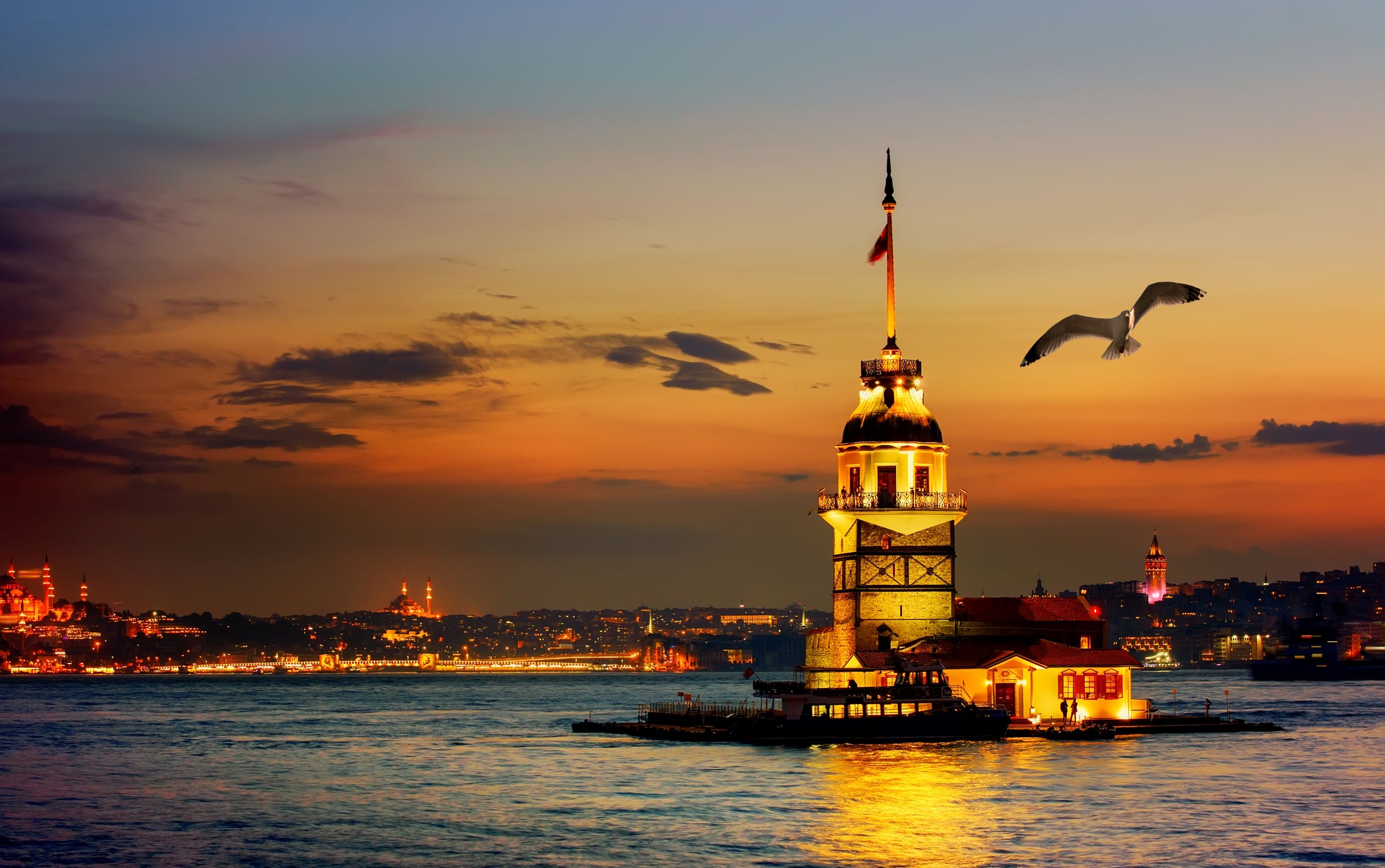 Maiden’s Tower with its Legends

Let’s get to know the Queen of the Bosporus with its legends:

One of the legends mentions that the king, upon hearing the prophecy that he would lose his daughter to a snake bite, had the tower built and placed his daughter there. The king regularly sends food to his daughter. Again, one day when the food is sent, a snake hides in one of the baskets and poisons the princess, and the king loses his daughter.

One of the oldest known legends is the legend of Leandros, which gave its name to the tower today. Hero, who works as a nun in the Temple of Aphrodite in the region known as Sestos on the West Side of the Dardanelles, and Leandros, who lives in Abydos, fall in love with each other. Leandros swam to see Hero secretly every night; On a stormy night, when the light of the tower goes out, he is disoriented and loses his life by being caught in the waves. Learning that Leandros drowned, Hero leaves himself in the waters. Although it is a legend originally from the Çanakkale region, it was attributed to the Maiden’s Tower by European travelers and is still known by the same name today.

Finally, the legend that is believed to give life to a proverb is the legend of Battal Gazi. Seeing that Battal Gazi is approaching, Byzantine Tekfuru hides his daughter and treasures in the Maiden’s Tower. But Battal Gazi seizes the tower and takes both the girl and the treasures, and continues on his way by riding his horse to Üsküdar. It is believed that the expression “Whoever gets the horse has passed through Üsküdar (meaning that ship has sailed)” comes from this legend.

An Exhibition Not to Miss If You Pass: Deniz Sağdıç

Deniz Sağdıç has made a name for herself by transforming waste materials into works of art in Turkey and in the international art community. Any…

Quickly Explore the Grand Bazaar with a Map

When you get on T1-Kabataş-Bağcılar tram line and get off at Beyazıt-Kapalıçarşı station, you will find yourself directly in front of the Grand…