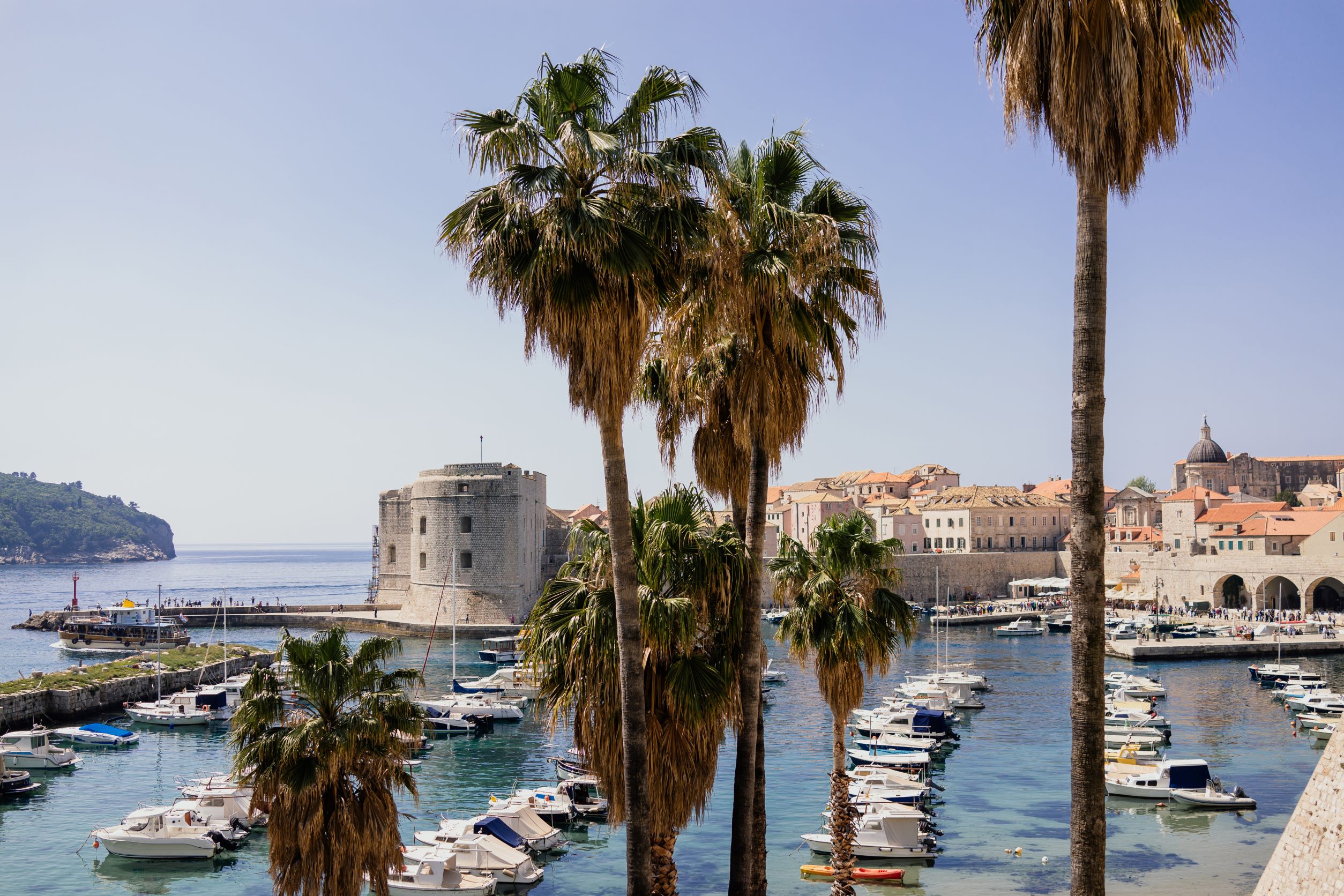 Dubrovnik, which is flooded with tourists from all over the world, is also described as a fairy tale city in Croatia. Dubrovnik, formerly known as Ragusa, takes its name from the meaning of “Land of the Croats.” This city, which was under the Ottoman rule for about 400 years, came under the protection of different countries with the settlement of Croatian tribes in this region under Italian control in the 6th century and has survived until today.

Besides, in very recent history, it declared its independence by fighting for independence in the Yugoslav War, but it suffered much damage in these wars. With the damage it has taken, it has regained its old historical image with a work of UNESCO and has managed to be included in the UNESCO World Heritage list. 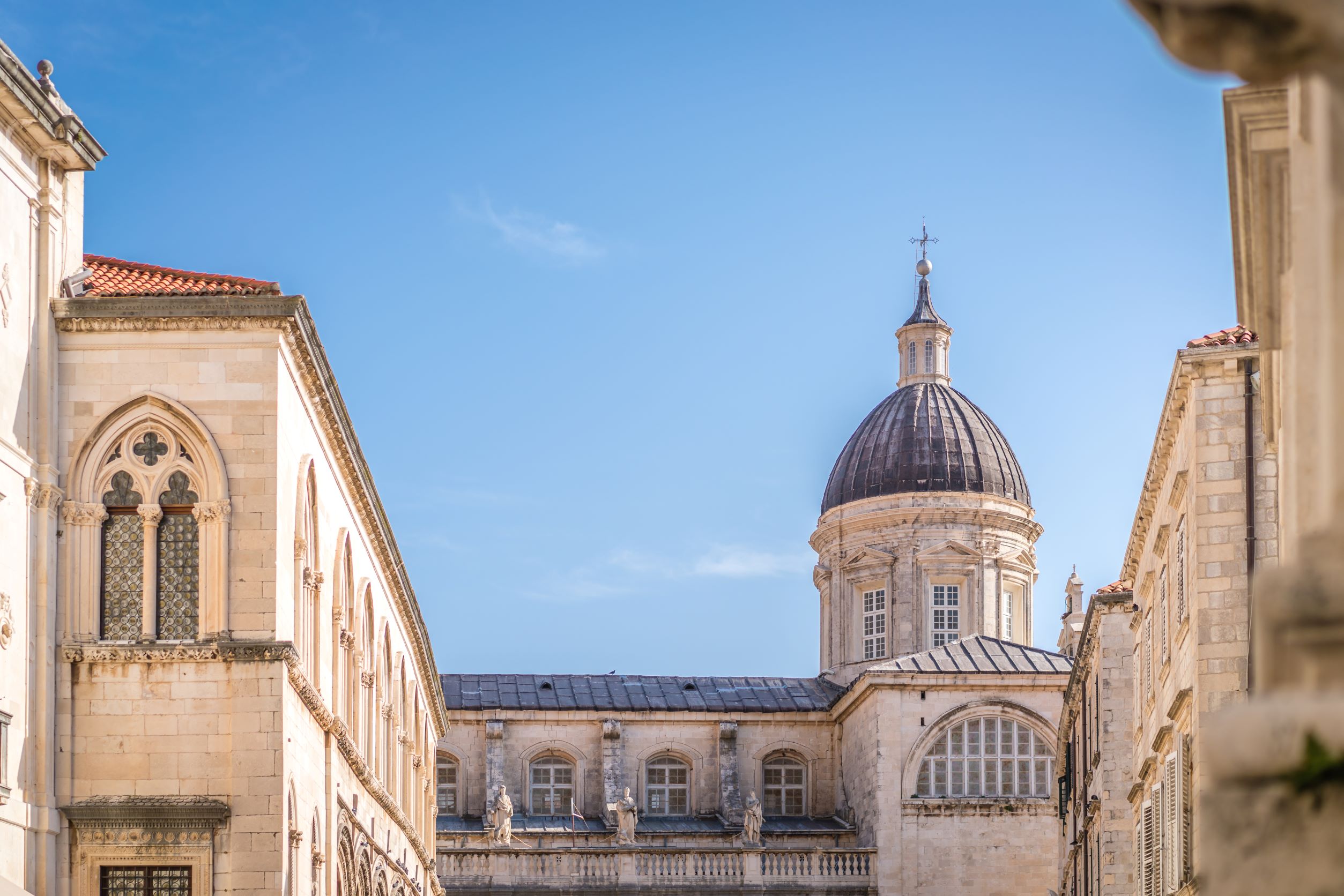 Although we will cover the details in our article, let’s briefly talk about Dubrovnik to add a new one to your excitement… This city, which is one of the many places worth seeing in the world, should definitely be visited with its historical heritage, subtropical climate that makes it more popular, natural beauties, and beaches parallel to the Adriatic Sea. So, let’s start to introduce the places you can visit more closely before you buy your ticket.

After arousing some curiosity about this independent city that smells of history in every aspect, let’s come to how you can visit Dubrovnik and how you can go...

In Croatia, which entered the European Union in 2013, visas are applied to Turkish citizens, and there is a direct flight to Dubrovnik. At the same time, you can reach Dubrovnik by bus journey via Zagreb. 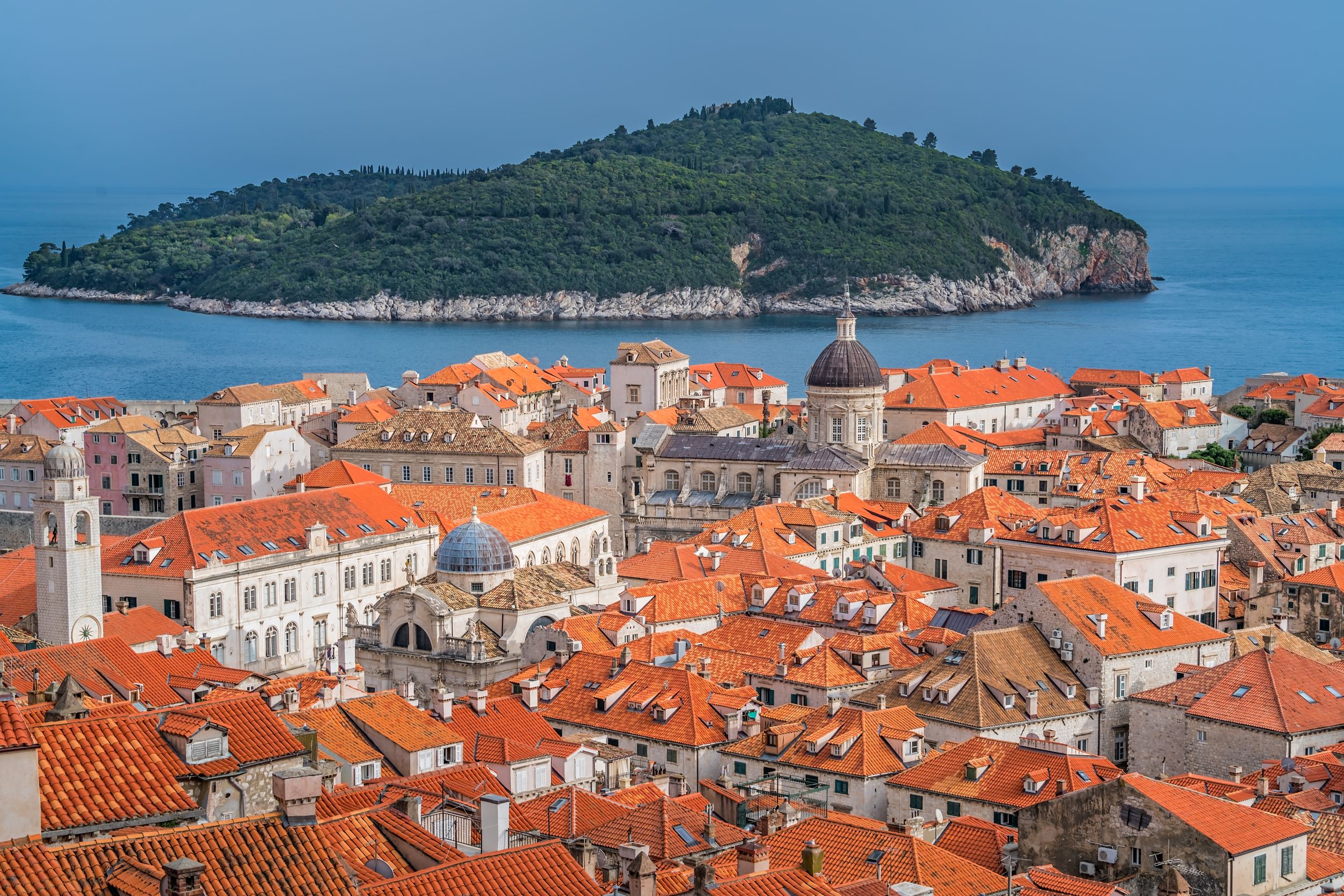 We talked about the historical side of the city. Here’s the Old Town, a part of the city that almost resembles medieval movies. After passing through the castle structure called Pile Gate at the first entrance, you can start the tour with the most famous street, Stradun. There are many cafes, restaurants, and shops on this street, which you can think of as the city center. On the other side is the Great Fountain of Onofrio. The story of the fountain is quite interesting. The water of this fountain, which was built to protect the city from the plague epidemic, is quite cold, and there is the Church of St. Savior outside. Beyond the church, whose construction dates back to ancient times, the Bell Tower at the end of the street is also a very old construction, and you can smell the history very easily when you look at it. Sponza Palace, which you can visit for free after passing the tower, will fascinate you with its magnificent structure. You can also watch videos of that period in this palace, where you will find many traces of the war and will make you live those times.

Other places to explore in the region include the Orlando Column, which is the symbol of the opening and closing ceremonies of the festivals, the Rector’s Palace, which is used as a museum today, Dubrovnik Cathedral, Franciscan Monastery, and the Old Port. 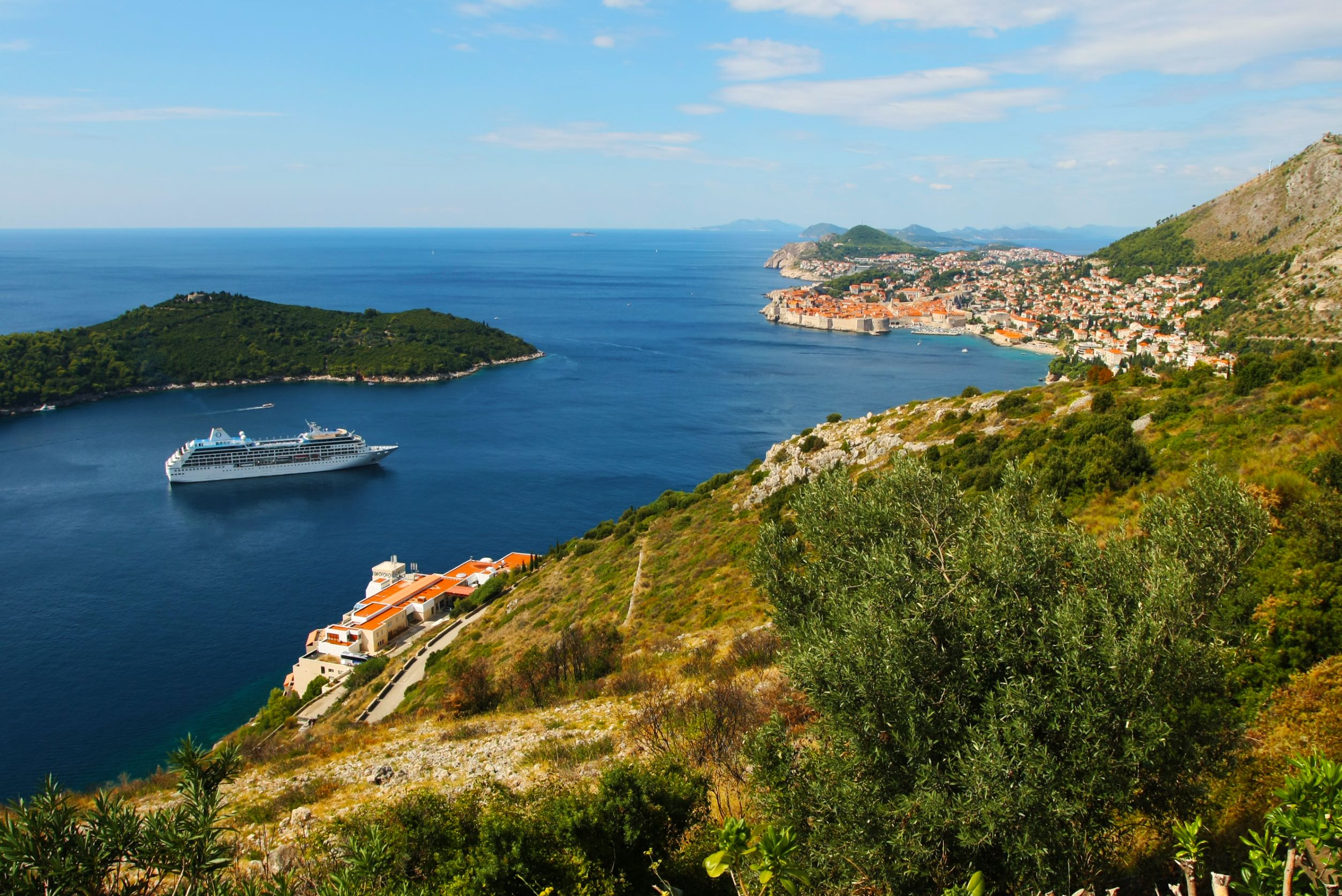 Lorkum Island is one of the most beautiful places in the region. One of the must-see places on the island is the Botanical Garden. It may make you feel like you are in a TV series in this place where some parts of the world-famous Game of Thrones series were shot.

If you are a fan of the series, we are sure that you will be enchanted by visiting these lands. Among the places you can see during the tour, which lasts about two hours, is Pile Gate, where the rebellion against King Joffrey was started.

If you choose a warm period for sightseeing, you can also evaluate the beaches around the region where you can swim. At this point, you can swim through a hollow that you will admire when you see it.

Do not forget to take a ferry tour in this city, which has a coast to the Adriatic Sea. You can visit the islands of Lopud, Kolocep, and Sipan, spend time in their cute cafes and at the same time enjoy the unique beauty of nature. 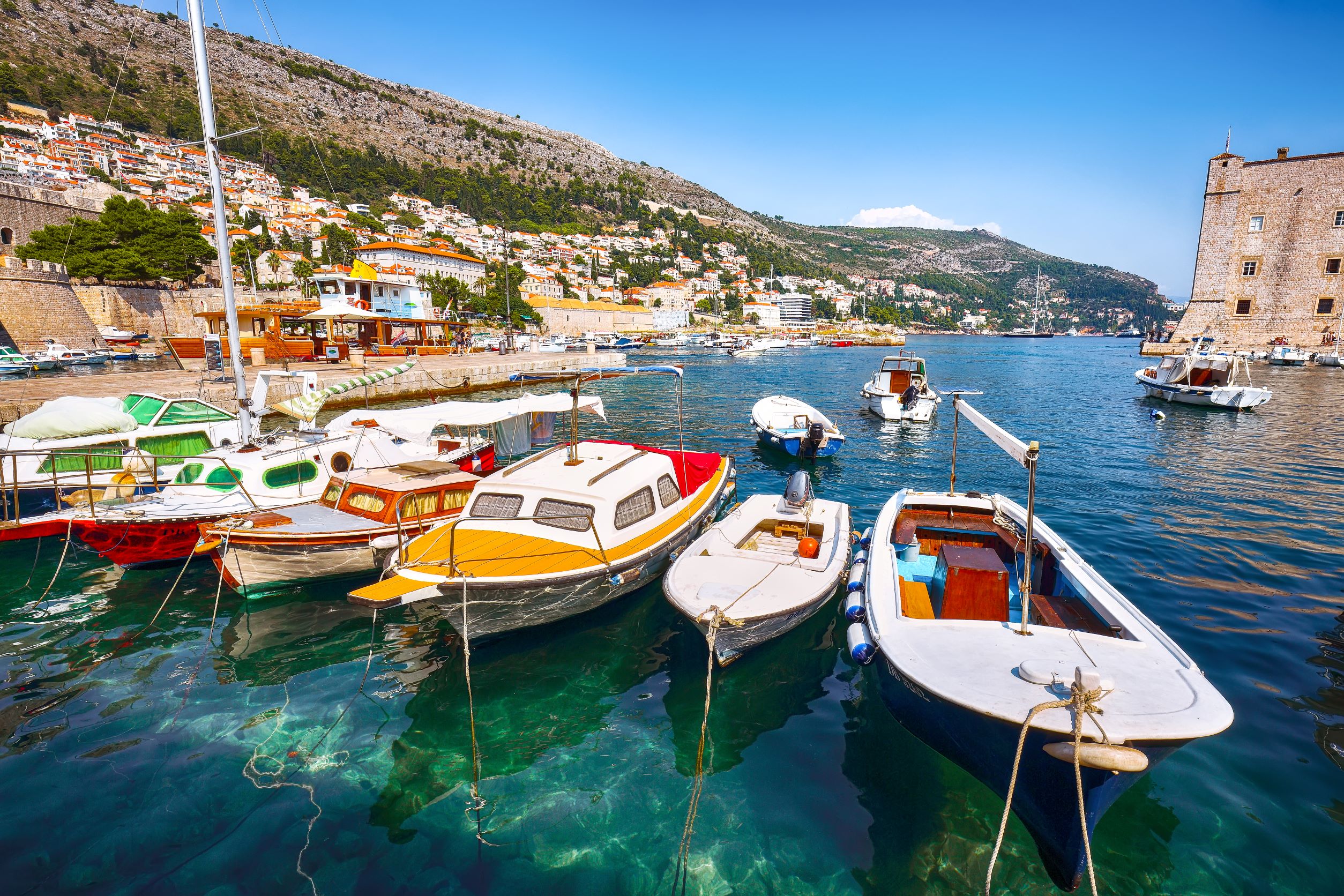 Get to Know Its Unique Flavors Closely

Dubrovnik stands out with its local desserts and wonderful wines… You can start with snack-sized desserts and wines made with grapes grown in Croatian gardens. You can taste the wines with black risotto or cuttlefish, and please your stomach.

Stay in Front of the Perfect Sea View

As this ancient city Dubrovnik, which we can’t finish talking about, started to be popular with tourists, various chain hotels started to increase in the region. The most beautiful feature of these hotels, which stay in the ancient city, is to be able to see the Adriatic Sea from the room balconies. You can also enjoy the pool and spa.

Here we end our Dubrovnik summer, where you will want to go often after you once go, creating holiday opportunities. Don’t forget to buy your tickets for Dubrovnik, one of the most beautiful medieval cities in the world, and enjoy nature and peace.