Whether the places selected for inclusion on the list will be included in the World Heritage List or the List of World Heritage in Danger is selected by the committee based on the Implementation Guide, which contains the functioning and selection procedures of the 21-country World Heritage Committee. In addition, in order for the region to be included in this valuable list, it must meet many criteria, from being an example of human creativity to containing regions with superior natural beauty and aesthetics. Let's take a look at the regions in our country that are on the UNESCO World Heritage List with their outstanding beauties, natural phenomena and historical importance.

It is possible to see relic dwellings, primitive villages and underground towns and caves dating back to the 4th century in the Goreme Valley and its region, which was formed by carving as a result of natural erosion. Especially the abundance of cave-like cells, churches, primitive villages and underground cities carved inside the rock formations has made this beautiful region one of the most impressive cave-like areas in the world. It is said that a small community, originally believed by the Bishop of Kayseri, Basil the Great, lived in cells carved into the rocks in the 4th century. In the following periods, it started to be used as a place of refuge against exceptions from outside. Nowadays, this region has managed to become a favorite holiday destination for domestic and foreign tourists. 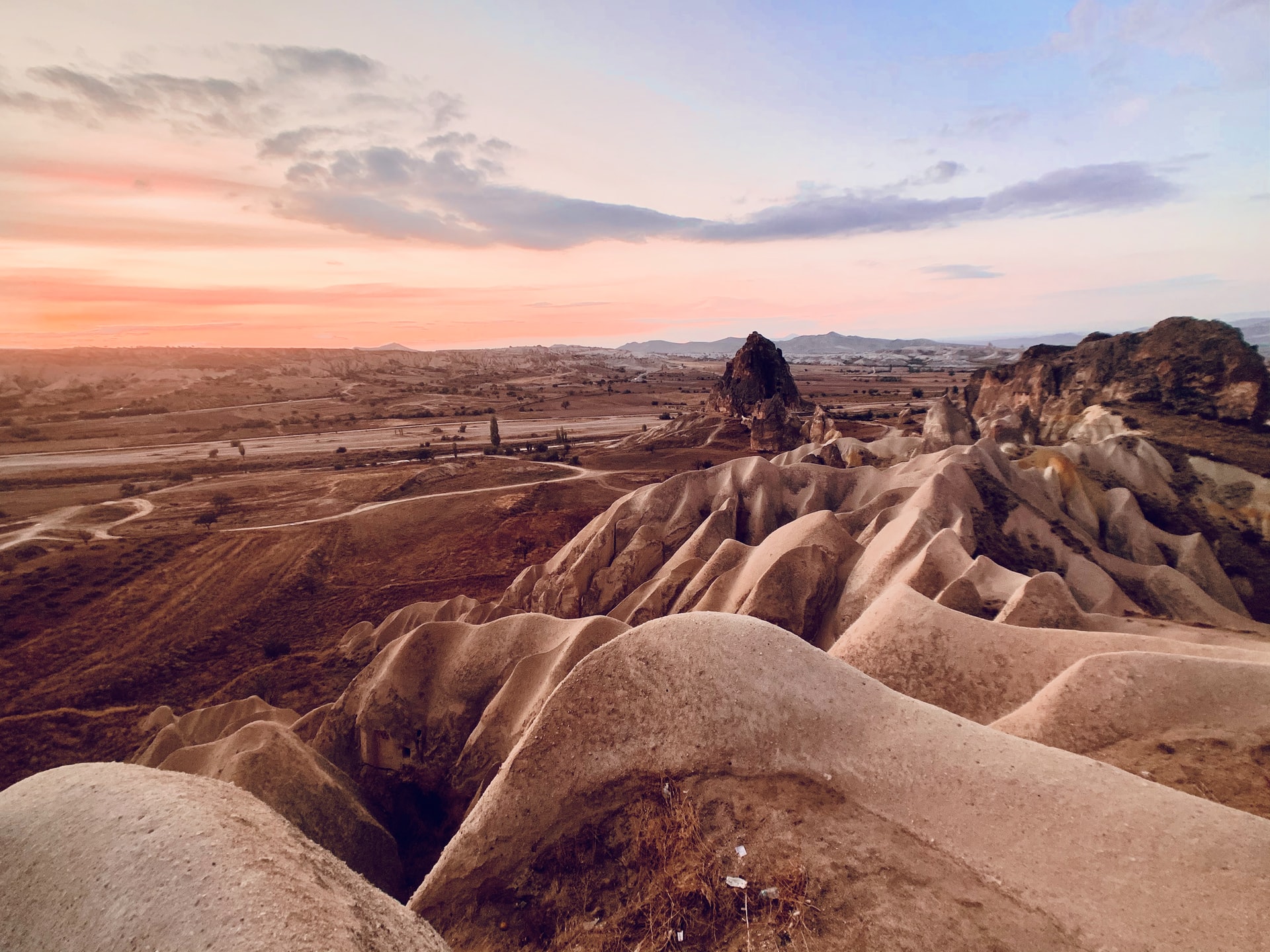 Bursa and Cumalıkızık: The Birth of the Ottoman Empire (Bursa) 2014

The region, which was based on its urban and rural formation in the early 14th century when the Ottoman Empire was founded, is based on the candidacy of the areas in Bursa and the nearby Cumalıkızık village in the Marmara Region. This place is known for holding together the social, religious and economic foundations of the new capital, where Orhan Gazi's tomb is located, such as commercial districts, mosques, religious schools, baths, and religious complexes. Cumalıkızık village, which is one of the first settlements of the Ottoman Empire, 11 kilometers outside the historical center of Bursa, was entitled to enter the UNESCO World Heritage List in 2014 with its historical and cultural assets, cute architectural houses and natural beauty.

Xanthos-Letoon, the capital city of Lycia, shows the art created together with Lycian traditions and Hellenistic influence, especially in the art of tomb making. The epigraphic inscriptions in this region have gained importance in understanding the history of the Lycian people and the Indo-European language. With its artistic architecture, rock tombs, columned tombs and columnar sarcophagi in Xanthos are known as real and unique examples of ancient tomb architecture. 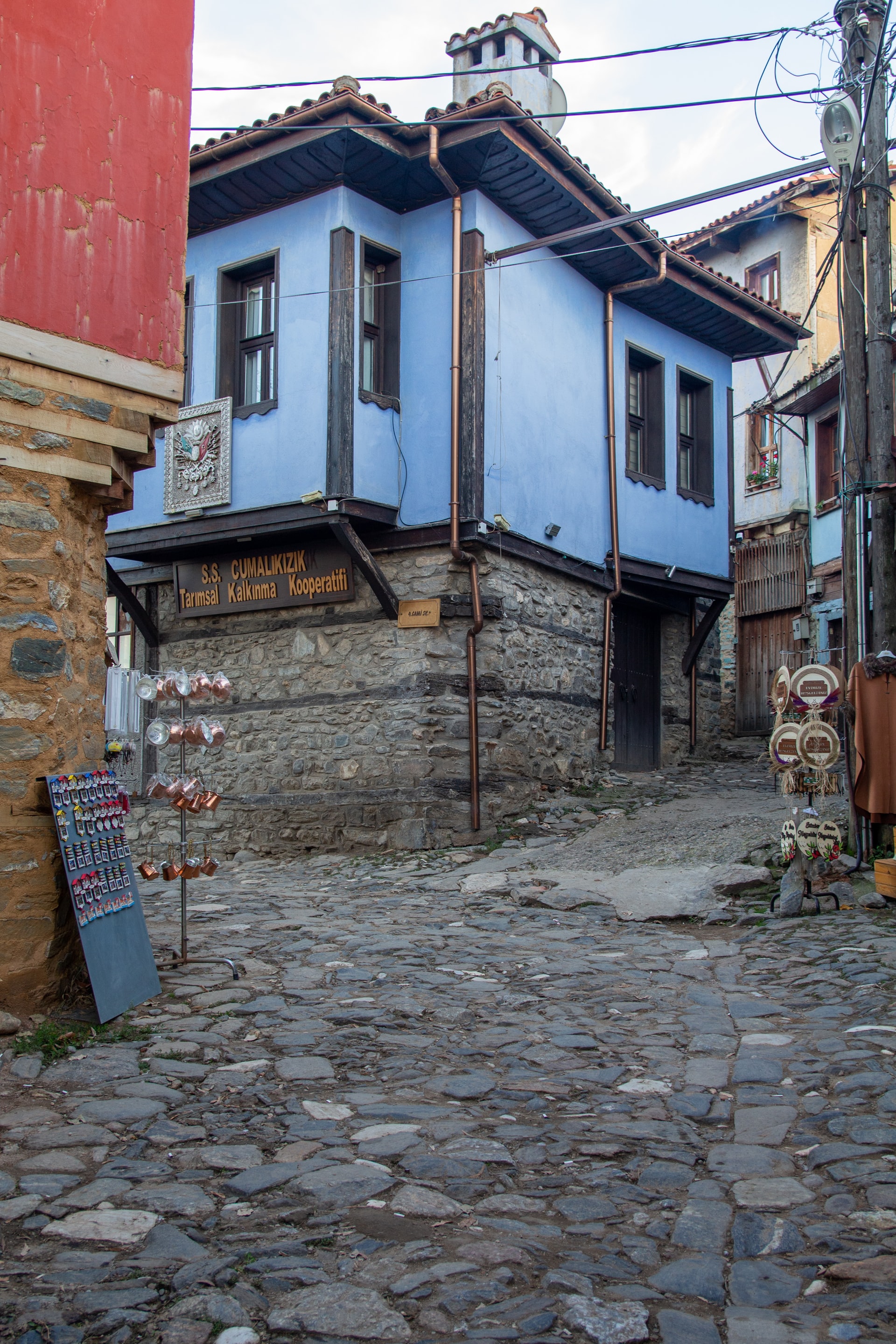 Göbeklitepe, which is connected to Örencik Village, 18 kilometers from Şanlıurfa center, is a region where the oldest known structures and ruins of the world are found with a history of approximately 12 thousand years. The excavations started in 1995 by the German archaeologist Schmidt continued until the scientist died 20 years later. With its entry into the UNESCO list in 2018, Göbeklitepe suddenly became a famous and historical region. The region, which has an unbelievably old history even when writing or speaking, continues to host thousands of local and foreign curious tourists every year.

Located at a magnificent strategic point between Anatolia and Europe, Istanbul, with its history of more than 2,000 years, has for years managed to become an important metropolis in terms of politics, religion, culture, art and history. Among the hundreds of masterpieces of the city, there are impressive works such as Sultanahmet Square, Hagia Sophia Mosque, Suleymaniye Mosque, where there is unfortunately population pressure, industrial deterioration and uncontrolled urbanization. Having lived as the capital of the Eastern Roman Empire and the Ottoman Empire, the historical areas of Istanbul deserve to be included in the list. 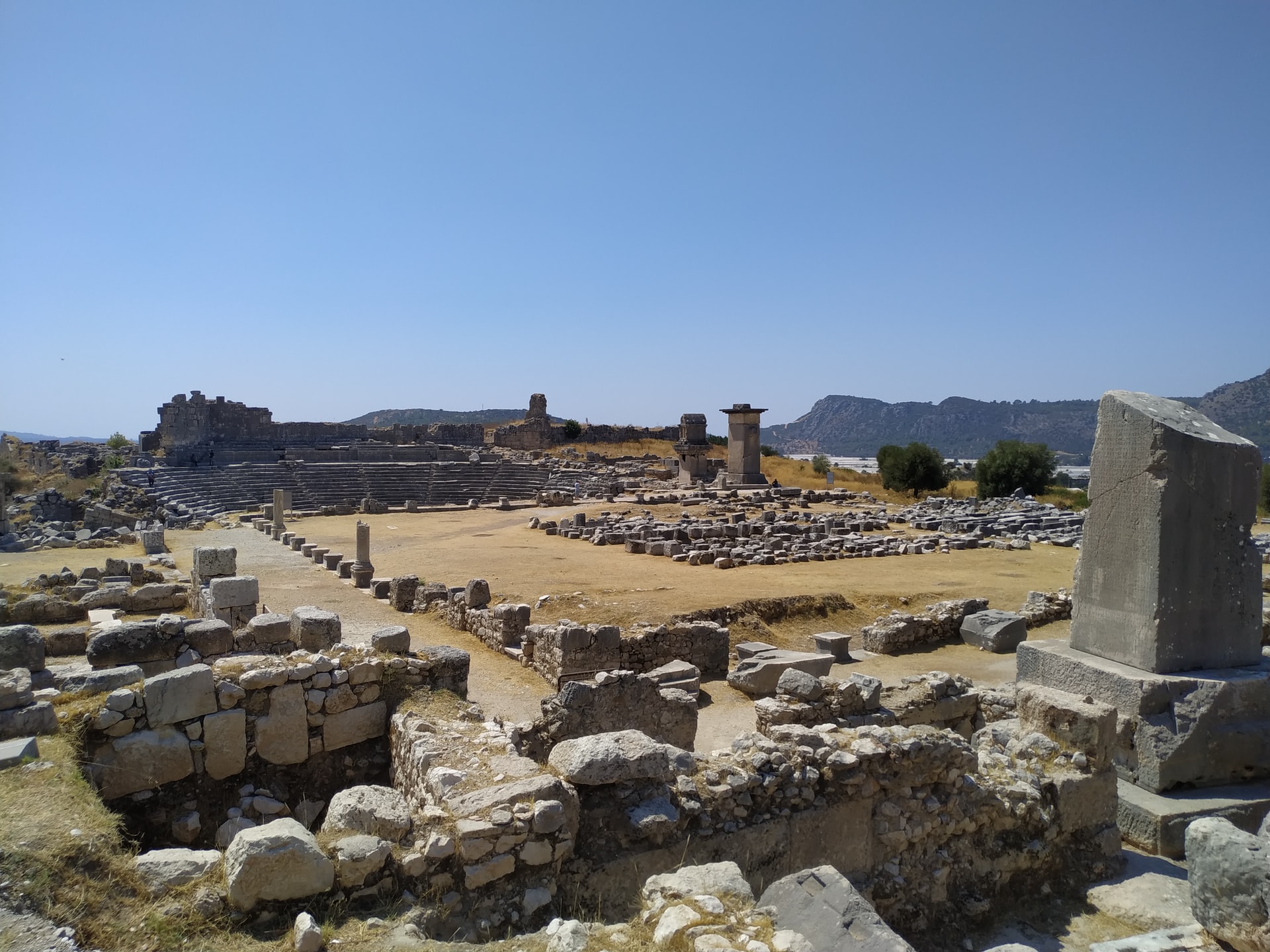 Divriği Great Mosque, located in the region where the earliest settlement reached the Hittites, has two domes with eye-catching Islamic architecture and a hospital right next to it. Thanks to the traditional Anatolian stonemasonry, which is a masterpiece, these structures have earned the right to be included in the UNESCO list. Divriği Great Mosque and Hospital, which is on the list, is also the first architectural structure in Turkey to be included in this list.

The Ancient City of Ephesus, consisting of many historical regions such as Çukuriçi Höyük, Ayasuluk Hill (Selçuk Castle, St. John's Basilica, Isa Bey Bath, Isa Bey Mosque, Artemision), Ephesus Ancient City and House of Virgin Mary, Hellenistic, Roman, Eastern Roman, Principalities and It lived through Ottoman times and has a history of almost 9,000 years. Ephesus, which has been used as a port, culture and trade center throughout history, has been one of the leading religious and architectural points of the Hellenistic and Roman periods. 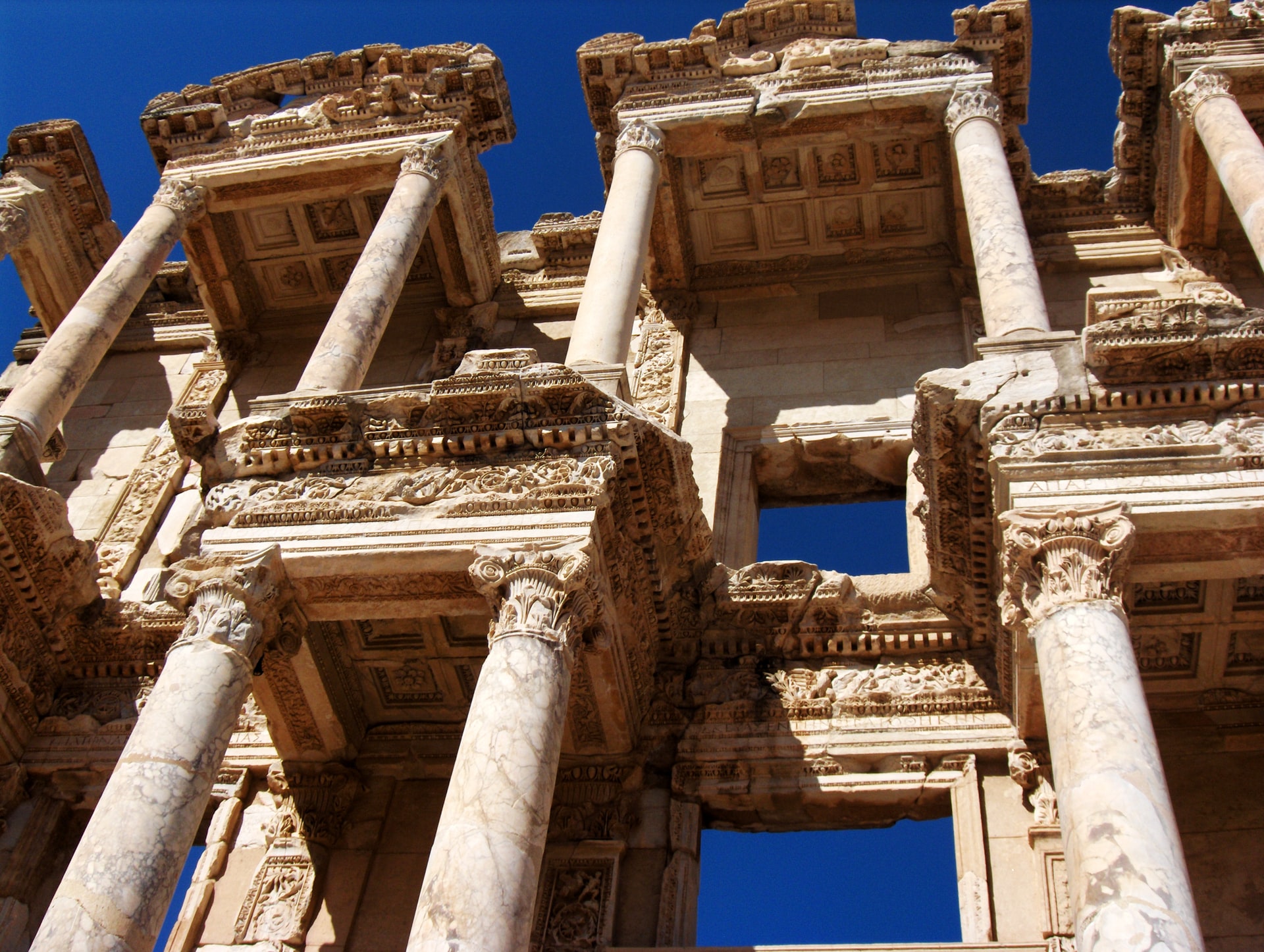 Hattusha, the capital of the Hittite Empire, is located in Boğazkere district of Çorum. Discovered by the French traveler Charles Texier in 1834, the region is one of the most valuable and important archaeological sites of our country. In addition, Ruins and Hattusha, whose cuneiform tablet archives are on UNESCO's World Memory List, are referred to as the "City of a Thousand Gods".

In addition to the list mentioned above, the other 19 regions in Turkey that are on the UNESCO World Heritage List are as follows: Mount Nemrut, Hieropolis-Pamukkale, Safranbolu City, Troy Archaeological Site, Edirne Selimiye Mosque and Complex, Çatalhöyük Neolithic Site, Bergama Multilayer Cultural Important locations such as the Landscape Area, Diyarbakır Castle and Hevsel Gardens Cultural Landscape, Ani Archaeological Site, Aphrodisias, and Arslantepe Tumulus have also been included in the list and have become our source of pride.