Built on the Amstel River, Amsterdam was a small fishing village in the 12th century. Even the name of the city comes from here. It means “Amstelredamme”, that is, the dam built on the river. The city's water canals, bridges, colorful houses, calm and free people are beautiful enough to make you fall in love with it... So how about getting to know Amsterdam, the capital of the Netherlands, known as the "Venice of the North"? Let's start. 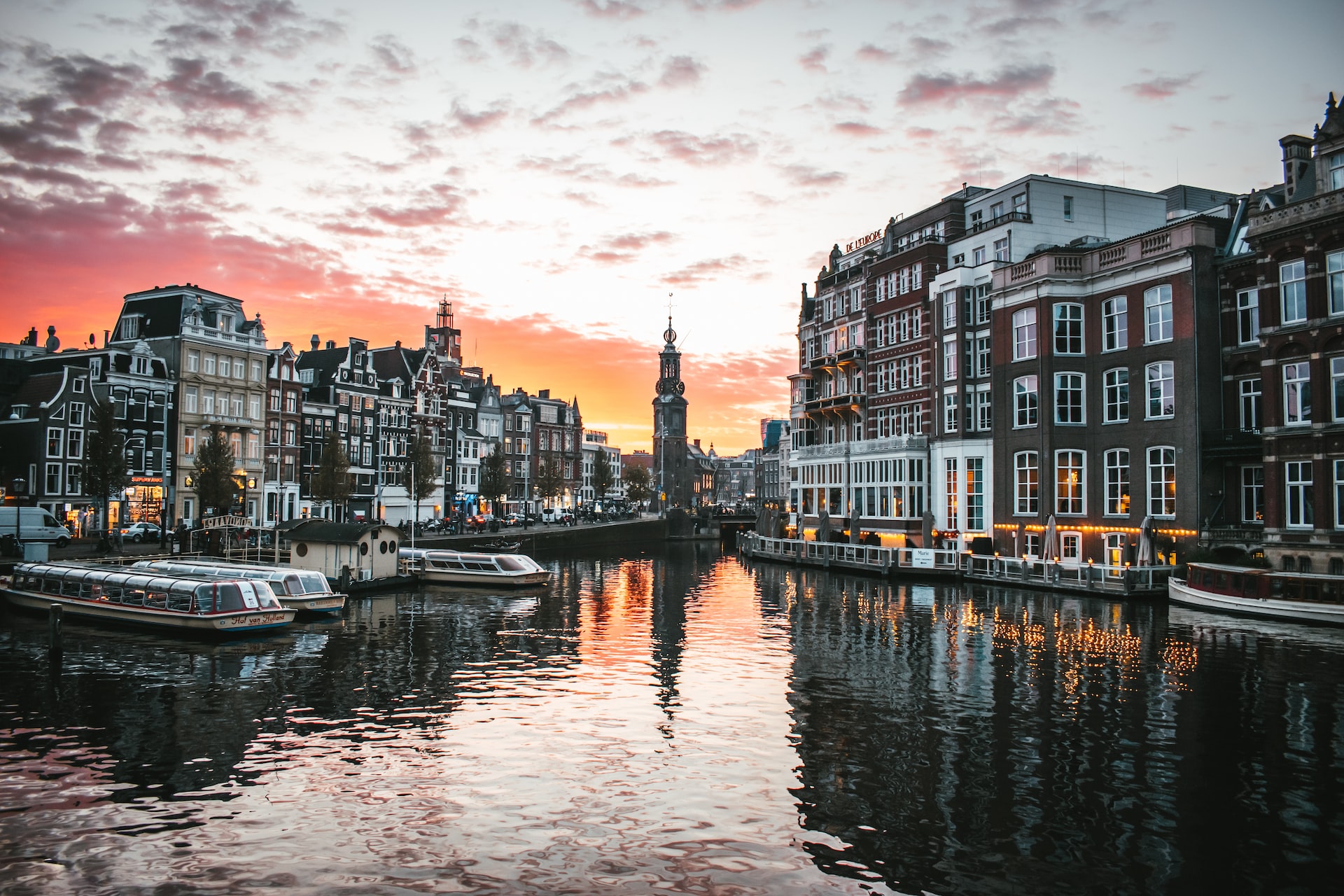 There are 165 canals and more than 1200 bridges in the city. In fact, the city's water channels are on the UNESCO World Heritage List. It is not difficult to understand why. Because these canals are still actively used and watching the city over the water is much more fascinating. The water channels used for both transportation and boat tours will be the first thing that draws your attention in Amsterdam. Therefore, when you come to the city, you can join the boat tours on the canal first. We can say that Stromma, Blue Boat, Lovers are among the best tour operators. Of course, there are many other operators as well. You have many options, we leave the choice up to you. It will be great to watch Amsterdam houses and other beauties on the water with their colorful and unique architecture. 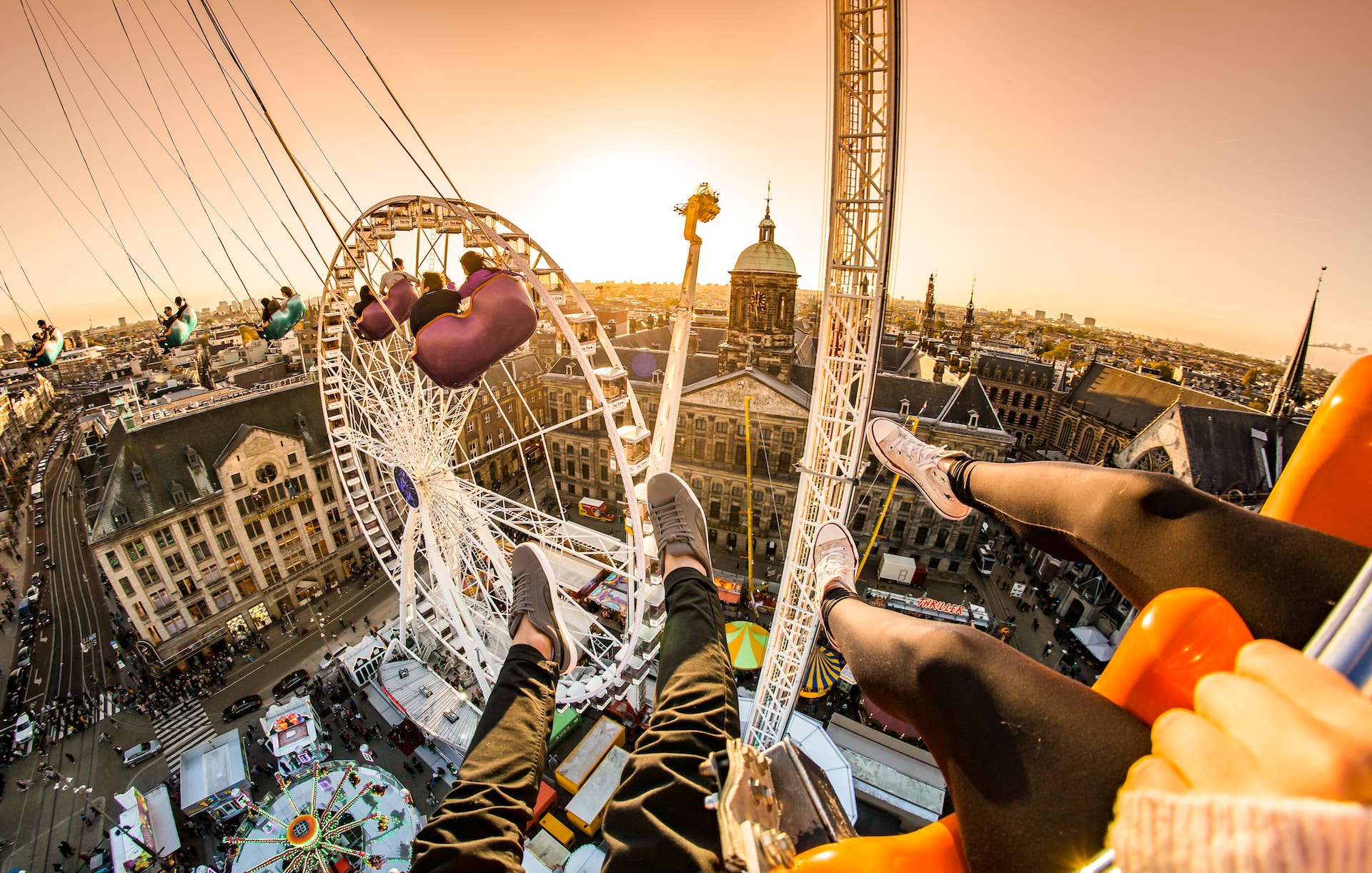 It is one of the liveliest and most famous places in Amsterdam. In this famous square; You can do a lot of shopping, sit and eat at one of the numerous restaurants, have fun in cafes and bars, taste street delicacies and stay in various hotels. There are many buildings in the square that you can visit, such as the Royal Palace of Amsterdam, De Bijonkorf Shopping Center, Madame Tussauds (wax museum), the 14th century Nieuwe Kerk Church. You can also see the national monument erected in 1956 to commemorate the people who lost their lives in the Second World War. 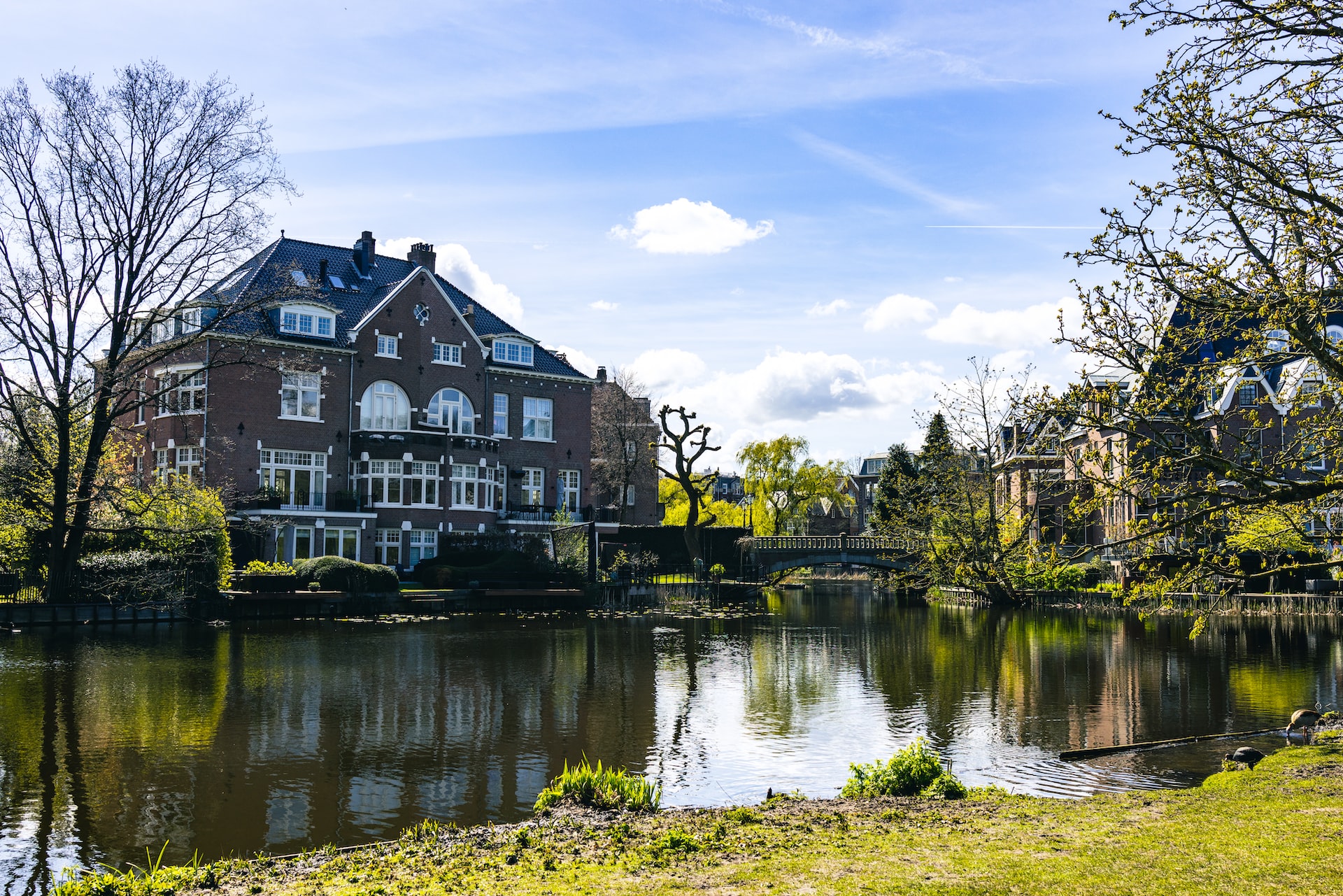 It is Amsterdam's largest city park. It is named after the 17th century poet Joost van den Vondel. It is very close to Stedelijk and the Van Gogh Museum. It is located next to the Rijksmuseum and covers an area of ​​47 hectares. It has been one of the most important natural areas of the city since 1864. It is a place where you can get enough of the fresh air with its grasses and lakes as far as the eye can see. This place is famous not only for its greenery but also for its activities. Because many areas have been created in the park for cycling, skating and taking photos. It is also very possible that you will come across the live concerts given here. If you are looking for a place to relax in the city, you can come to Vondelpark and lie on the grass.

The Red Light District is perhaps the most well-known tourist attraction in the world, known as the "City of Freedoms". The area, which is only a five-minute walk from Dam Square, is an area with a total of 6500 square meters of 300 cabins and many coffeeshops. Red Light, where theater performances and dance shows are held on some nights, is a completely state-controlled area and photography is prohibited here. While it looks like a completely different place during the day, you can understand why it is called the Red Light District from the red lights that start to spread slowly when the weather starts to get dark. Contrary to popular belief, this is one of the safest places in Amsterdam because it is always monitored by security cameras and it is always crowded and chirpy, as it is one of the most popular areas for tourists.

Holland; A country where world-famous painters such as Van Gogh, Bruegel, Vermeer and Rembrant were born. For this reason, it is one of the leading countries in the world, especially in the art of painting. The Rijkmuseum is a place where you can expand your horizons in this area. In addition to being the largest museum in Amsterdam, it also has the distinction of being the most famous museum. Many more important paintings and paintings are on display here, such as Rembrant's The Night Watch. The world's largest Dutch collection, Indian sculptures, models, nautical objects, drawings specific to Korea and China are just a few of the other works in the museum. The largest art library in the country is also located in this museum. As you can see, the Rijksmuseum, which hosts very special works, is one of the main places you should see in Amsterdam. 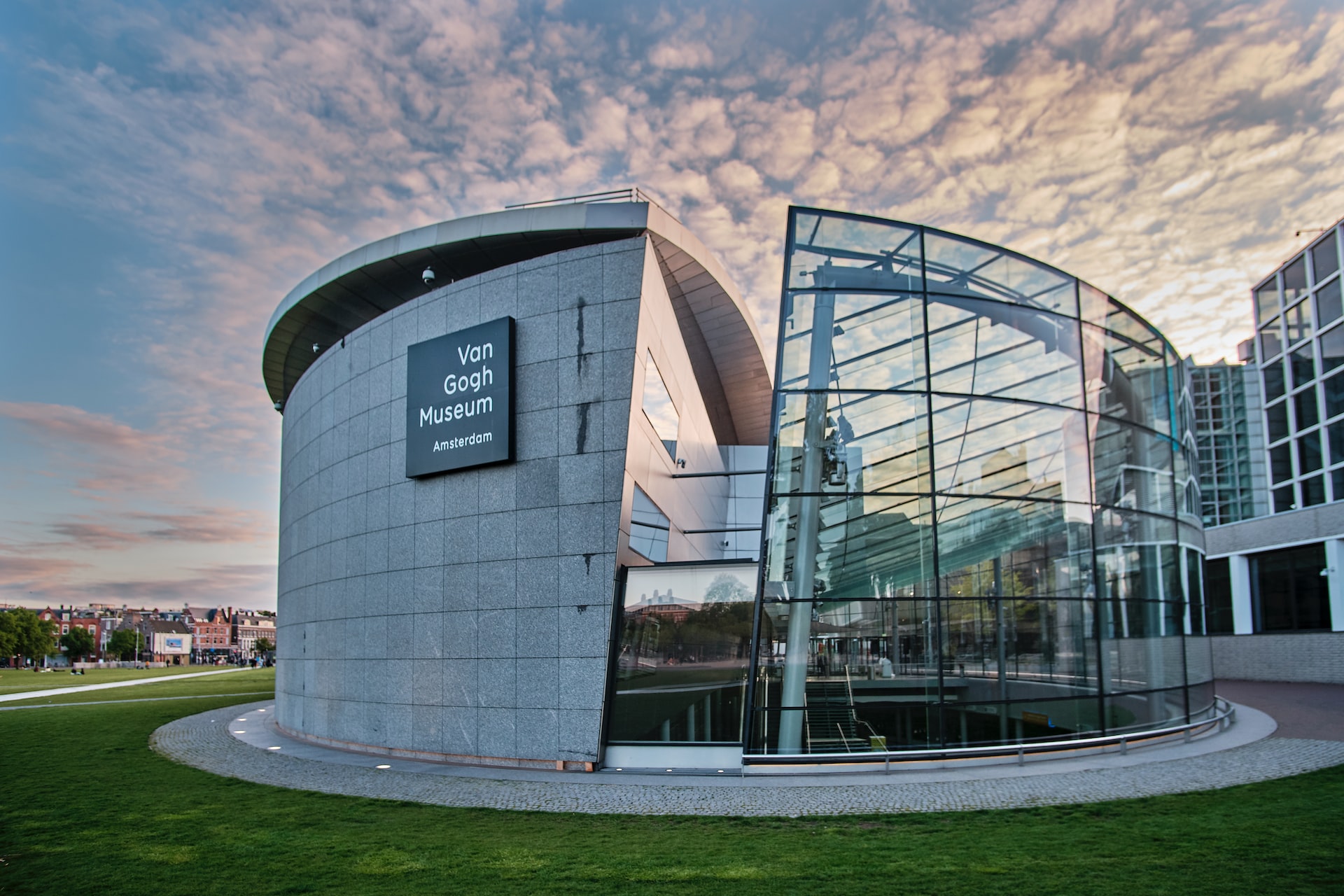 We can say that the largest collection of Van Gogh works in the world is located in this museum. With more than 500 drawings and more than 200 paintings, there are many works worth seeing in the museum. You will not want to leave the museum as you see the information about Vincent van Gogh's life and the researches on his working techniques. You can also see the works of artists of the same period here. There are also art workshops created for children. This valuable museum hosts millions of local and foreign tourists every year. They are quite close to each other with the Rijksmuseum. While you've been to the Rijksmuseum, I'd say don't miss this place.

We all know that the Nazis took Jews to concentration camps and persecuted them during the Second World War. The little girl named Anne Frank was also living in this period and she fled this persecution with her family and took shelter in a house. They hid in this house for about two years and had a tough life. Anne Frank kept a small diary during this time and wrote down her experiences. They were later caught by the police and killed. The only survivor of the family was the little girl's father. She also published the diary Frank kept in a book and made her daughter known all over the world. You can get more detailed information by going to the place where all this happened, namely Anne Frank's house. In the museum, you can see the secret rooms where the family hides and the items they use. 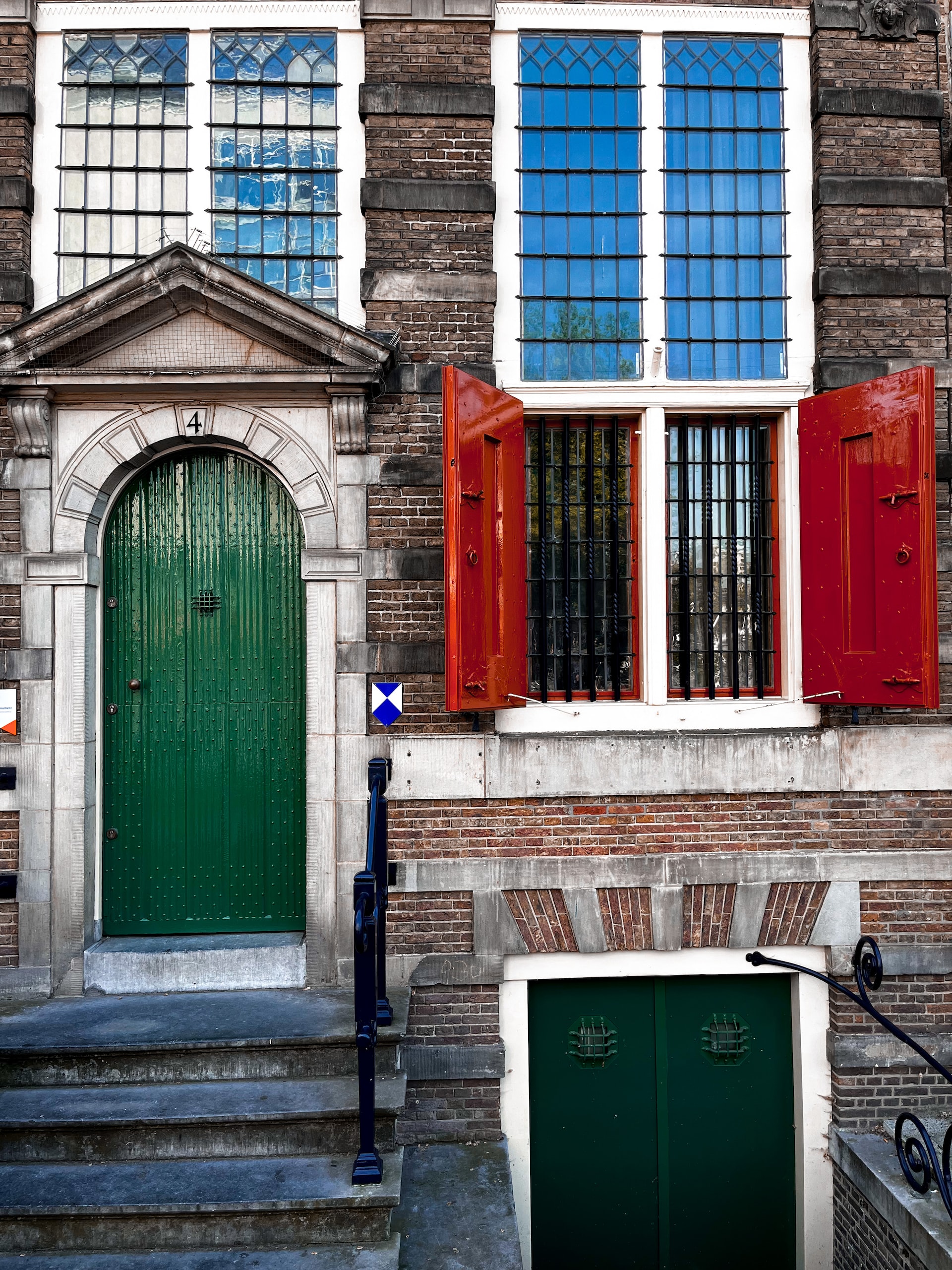 Rembrandt is one of the most important painters of the 17th century. He lived in this house, which was later turned into a museum, between 1639 and 1660. People who want to see his life and unknown aspects, art and works flock to the museum. You can also learn about 16th century Holland here. The museum, which was opened to visitors in 1909, serves all art lovers in two buildings. If you want to explore Rembrandt's world, you can visit here.