“Here are the islands on the maps of my childhood and early youth, and they finally left me to the island I missed one day by chance. I had reached middle age, but I was finally back in my original home.” ~ Sait Faik Abasıyanık

“Finally, we bought a house in Burgas and left. Life there completely changed for me. I went there sick; I found not only my financial balance but also my moral balance there.” ~ Halide Edip Adivar

“If I had to leave the land where I was born and grew up one day, my heart would be in Burgazada, the place I would miss the most as my homeland” ~ Bercuhi Berberyan

Before we talk about the beauties of Burgazada, we wanted to give a small section from the writings of famous writers about the island. No matter how much we tell it, they have already written their love for the island in history. However, let’s talk a little bit about this beautiful island and explore it together. 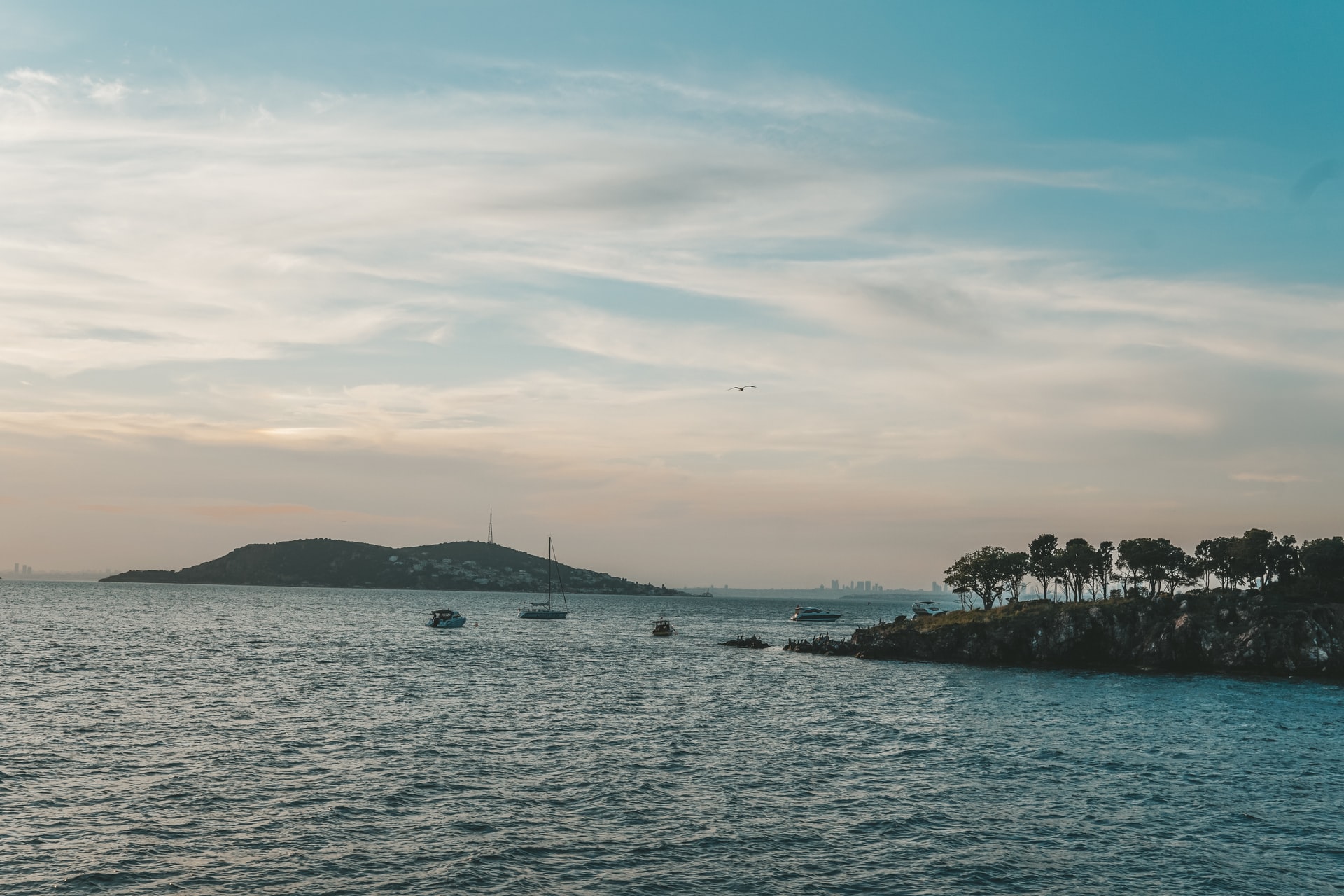 Burgazada is the third largest island of the Princes’ Islands (Buyukada, Heybeliada, Kinaliada, Burgazada, Sedef Island, Yassiada, Sivriada, Kaşık Island, Rabbit Island). If you’re around the city, you can easily reach Burgazada by sea from Eminönü, Kadıköy, or Bostancı. After a nice ferry ride, you take a deep breath when you land on the island. This is one of the reasons why it almost takes the lead among the islands that Istanbulites generally see as an escape point. It is calmer and quieter than other islands. Despite the effect of the southwestern winters, the sea is always peaceful. In summers, you cannot stop yourself from walking in its bays. The wooden houses of the island, the colorful flowers, and the fresh air leaking from the pine trees are enough to fascinate you. In addition to all these natural beauties, its place in history is also very valuable. There are important mosques and churches on the island, which were home to Jews and Greeks. If you decide to visit Burgazada one day, do you know where to go and what to do? So, let our Burgazada tour begin!

Hristos Hill, also known as Bayraktepe, is the only hill on the island and is 170 meters above sea level. You can get here either by walking around the island or by climbing. If you climb, you will need to find the Fire Brigade when you get off the ferry because when you proceed from the street where this building is located, you will find the slope that goes up the hill. So, you can start climbing easily. Since the hill is in the northern part of the island, it allows you to see the other islands around. It is quite enjoyable to watch both Istanbul and the sea, let’s say. There is also a monastery on the hill that was converted into a church from the 19th century. Don’t forget to see it while you’re there.

Aya Yani Church, a Greek Orthodox Church, immediately catches your eye with its cylindrical dome when you approach the island pier by ferry. This church was built on top of another church built before it. Namely, it is known that the first church was built by Empress Theodora, the wife of Emperor Theophilus, and the second church was built on the cell where the famous exile of Burgazada and the clergyman Methodius were imprisoned. In fact, you can still go to that cell by going down the steps of the church. It is useful to see this historical building, which dates back to the 1800s.

Aya Yorgi Monastery, located just across from the teacher’s house on Gönüllü Street, was built in 1728. It was used as a shelter by the White Russians after the First World War. It was later abandoned to its fate as it was damaged in the 1999 earthquake. However, thanks to the restoration work carried out in 2005, the monastery is still open for worship. If you wish, you can see the monastery during visiting hours.

Abasıyanık, the pioneer of storytelling in Turkish literature, spent the last ten years of his life mostly in Burgazada. He used to stay in Şişli in the winter and on the island with his mother in the summer. The famous writer, who frequently describes the Islands, fishermen, island life, and people in his stories, is identified with Burgazada. The museum we are talking about was the house where he lived here, and it was converted into a museum after his death upon his will. You can see some of the works he wrote in Burgazada, the books he read, and his personal belongings in the museum. You can also read his correspondence with writers such as Nazım Hikmet, Bedri Rahmi Eyüboğlu, and Vedat Günyol in the museum. There is a statue of Abasıyanık at the entrance of the 4-story museum. Dining and guest rooms are on the ground floor of the museum, Sait Faik’s library and bedroom are on the first floor, and there is a letter room on the second floor. Having come this far, we recommend that you visit the museum without skipping the author and his house.

Burgazada Mosque, the only mosque on the island, looks great when you look at it from the pier. It was built in 1954 by Architect Burhan Ongun to commemorate the 500th anniversary of the Conquest of Istanbul. The mosque, which has eight facades, is open for worship today. This small mosque with a single minaret rises from among the old wooden houses. If you wish, you can enter the mosque and see its interior architecture. There is also a Djemevi 200 meters ahead of the mosque. If you enjoy seeing religious buildings such as Aya Yani Church and Aya Yorgi Monastery, you should definitely visit this mosque. 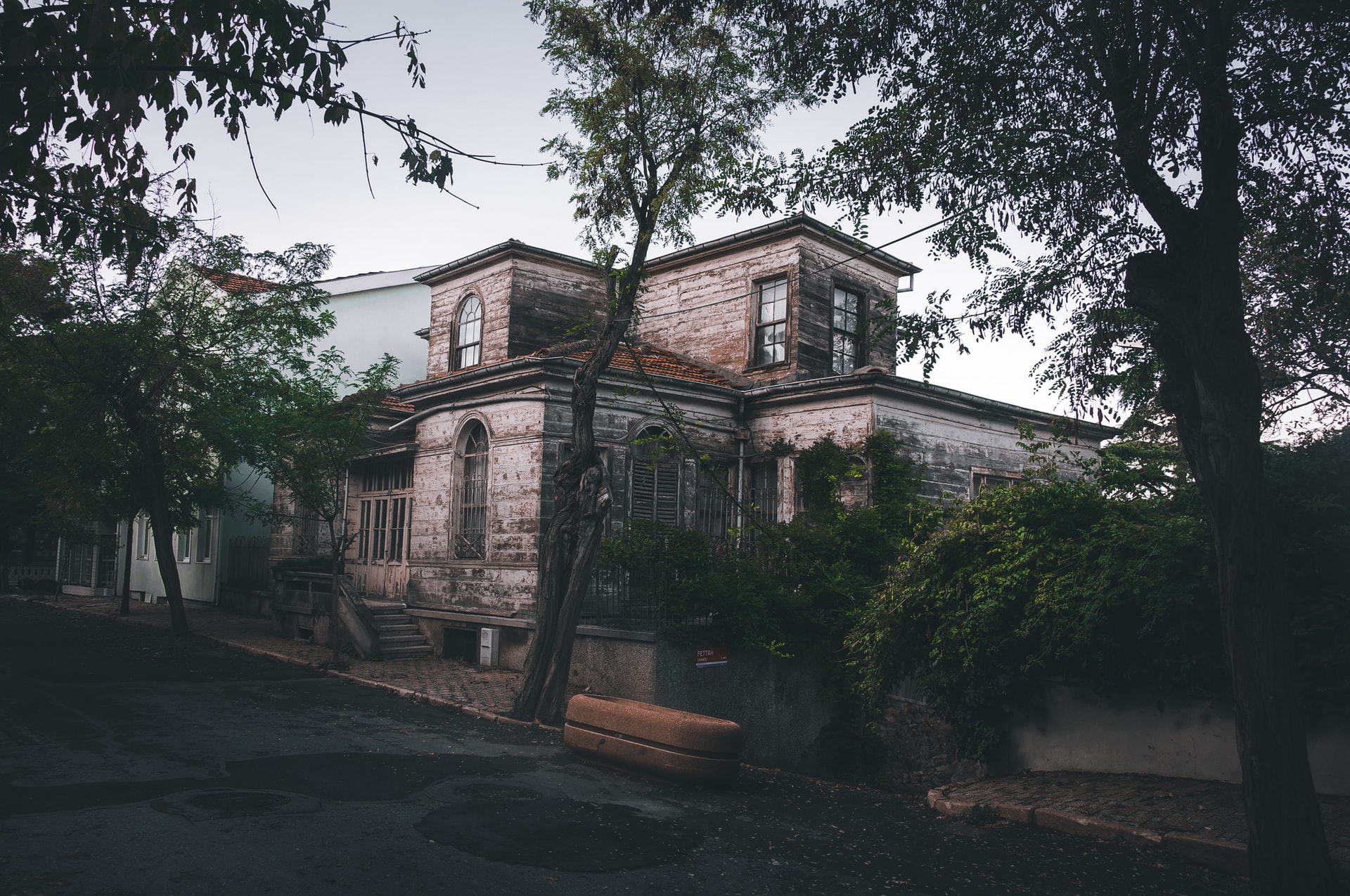 This is the most popular beach on the island. It takes about half an hour by walking from the pier. The beach is stony and relatively windy. It is an ideal beach to watch the sunset as it faces the open sea. In addition, the Kalpazankaya Restaurant located behind the beach is also in great demand. Here, people enjoy the raki-fish duo, which is an indispensable part of the island culture. From time to time, you can also have something to eat at the restaurant, which also serves for weddings and invitations.

Relax in the View of Madam Marta Bay

You can reach the bay when you go to the back of the island by walking to the right from Burgazada Pier. This place used to be used as a camping area, but now this is prohibited. It is no longer possible to set up tents here due to the reaction of the islanders who complained about the campers polluting the bay. You can enjoy the bay without camping anyway. Right across Madam Marta Bay, which has a stony coast and sea, there are Sivri Ada Island and Yassıada. You can spend the sunset here by watching the view of these two islands. We can say that the bay sea is cleaner than the Marmara Sea in general. Therefore, if you wish, you can also swim in the sea.

Apart from these, there are many other places you can visit on the island, such as Dreams Beach, Süt Bay, and Mimi Bay. If you want to take a day off and visit Burgazada, all these beauties will be waiting for you. Have a fun trip…

The things we have seen in science-fiction movies once and defined as the technologies of the future are becoming real one by one. The future is now…

Street Foods in Istanbul You Must Eat

Each city has its own unique flavors, but if these flavors are street foods, you may encounter even more enjoyable and practical flavors. Let’s take…