Located on the artificial island of Saadiyat, Louvre Abu Dhabi was designed as a “universal museum” that highlights the geography of the Middle East and realizes the universality of culture and art. It would be more accurate to call the Louvre a museum city rather than a museum, with its iconic building identified with Dubai, built by the Pritzker Prize-winning French architect Jean Nouvel. Consisting of a series of white buildings inspired by the architecture of Abu Dhabi, this city also includes many galleries, a children’s museum, restaurants, cafes, and shops. One of the most striking features of the museum, which set out with the dream of building a bridge between civilizations by shedding light on the history of humanity, is its 180-meter steel dome. The dome, which creates another rain of light every hour of the day by following the movements of the sun, is the center of attention of many visitors today.

Described as the cultural heart of all emirates, the Sharjah Museum of Islamic Civilization, also known as Souq Al Majarrah, is fully devoted to the history of Islam. Located in the Sharjah region, known as the art capital of the United Arab Emirates, the museum exhibits a collection of Islamic art from the seventh century to the present day. One of the most interesting places of the museum is the Islamic Faith Gallery, with its large dome decorated with zodiac signs and astronomical works that help determine the direction of the Kaaba.

The museum, which can be watched with interest not only by coffee lovers but also by those who are curious about the history of coffee, has opened in one of the historical buildings of Al Bastakiya. After seeing many works that give information about the international history of coffee, you should definitely visit the coffee tasting sessions.

The culture and art capital, Sharjah, more than deserves this title with the museums it hosts. One of the best proofs of this is the Sharjah Art Museum, one of the largest art museums in the UAE and equipped with the latest technology. The museum has a large collection displaying the deep-rooted traditions and customs of the Emirates. The works of artists from the Arab world and the paintings of 18th-century painters are exhibited in their galleries, which are spread over three floors.

The building, which was the residence of Al Maktoum, Dubai’s ruling family from 1896 until 1958, was converted into a museum after the death of the last ruler, Sheikh Saeed Al Maktoum. The museum, located in Al Shindagha and is one of the most important tourist spots, exhibits the royal family’s coin and stamp collections, jewelry, and historical photographs.

The museum, which was opened in 1971 and has undergone many restorations until today, is one of the most important touristic spots that anyone visiting Dubai should add to their list. In the museum, where examples of traditional Bedouin life are exhibited, there is also a video room showing the development of Dubai. 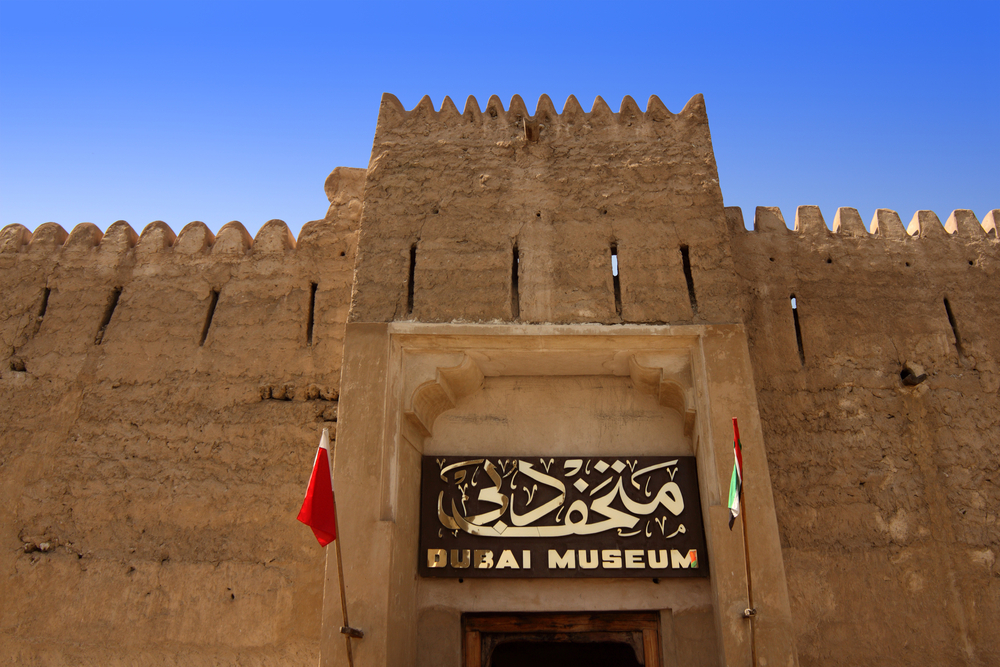 The idea of visiting a museum about camels may seem interesting at first, but it is certain that history without the camels, which have a very important place in the history of the United Arab Emirates, would be incomplete. For this very reason, the Camel Museum, formerly called Beit Al Rekad, opened in Dubai’s Al Shindagha district, displays various items and documents related to the species, anatomy, and care of camels.

Etihad Museum, which is one of the must-visit places to experience its rich cultural heritage, is an extremely interesting structure not only with its collections but also with its architecture. The building, which has an entrance in the form of a manuscript with seven columns, is considered one of the most beautiful among the museums of all the emirates. In addition to temporary and permanent exhibition halls, the museum includes a library, a theater, and an education room where various educational videos are shown.

Camel Museum, Louvre and others... Did you know that there are many interesting museums you can visit in the United Arab Emirates?

Camel Museum, Louvre and others... Did you know that there are many interesting museums you can visit in the United Arab Emirates?