Things to Know about Indonesia

Indonesia, located in the Indian and Pacific Oceans, between Southeast Asia and Australia, consists of 18 thousand 306 Islands, six thousand of which have a population.

Its 252 million inhabitants make this exotic archipelago the fourth most populous country in the world after China, India, and the United States.

Java is the place with the most settlements in Indonesia, which consists of several large cities, many towns, and villages. Albeit small, 60% of Indonesians live here. 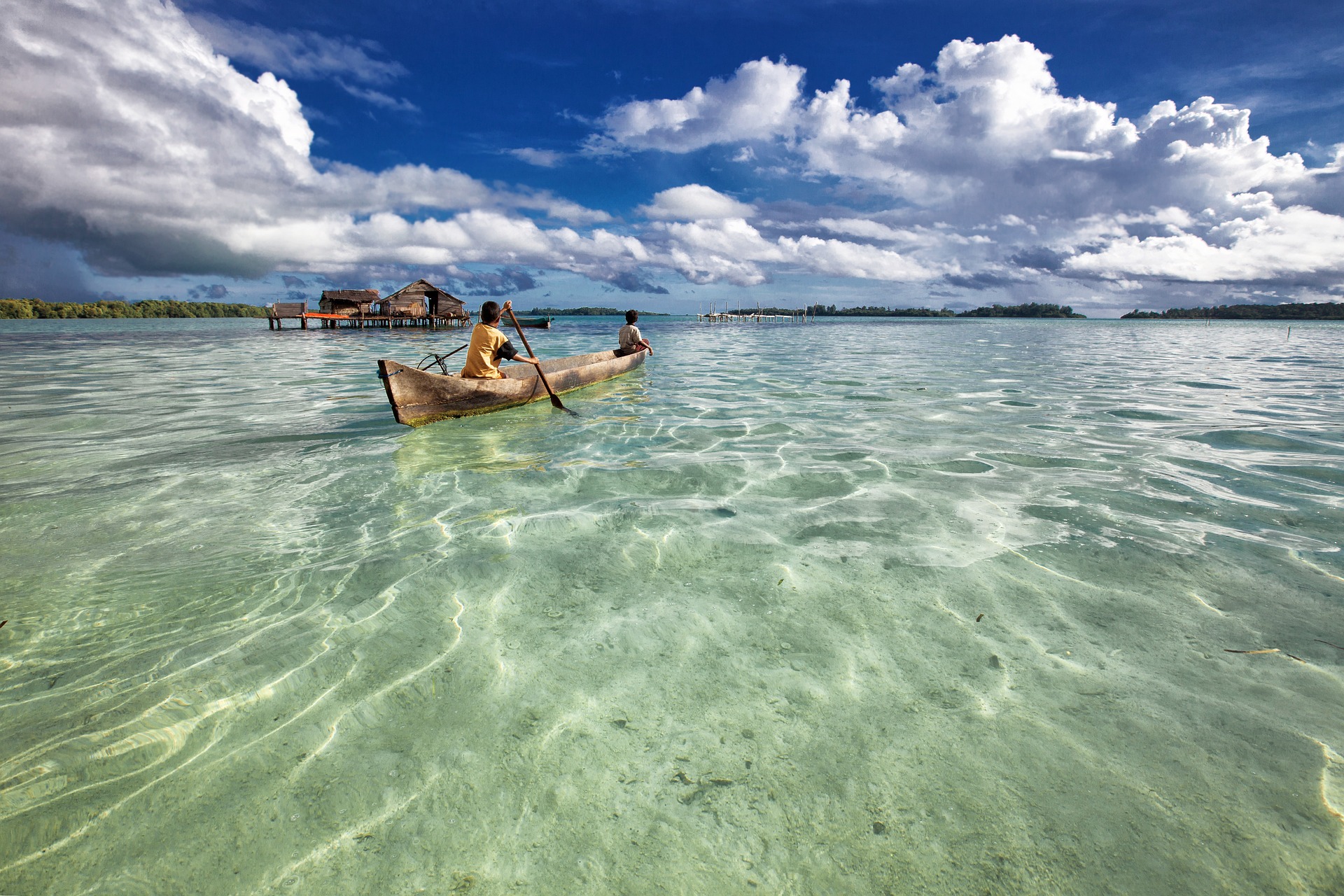 Bali is one of the most preferred places for holidays. It is followed by Java, Lombok, and Sumatra, with its white beaches, azure seas, and palm trees.

Most of the mountains on the Indonesian islands, one of the world’s favorite holiday destinations, are volcanic, and there are fifty active volcanoes in Java alone.

At least 300 ethnic groups are known to live in Indonesia, maintaining their own culture and traditions. This cultural diversity is perhaps the greatest wealth Indonesia has because it varies from region to region, from its cuisine to daily habits.

In Indonesia, where most of its population is Muslim, Protestantism, Catholicism, Hinduism, and Buddhism are also the other religious beliefs. No matter what religion they belong to, religious worship and rituals have a significant place in the day of Indonesians.

The people, who are strictly committed to their culture and traditions, are very determined to not abandon some of their habits, even in urban life. Weddings are still traditionally held, or famous companies consult with spiritual elders before making deals.

Indonesia, whose currency is the Indonesian rupiah, has the largest economy in Southeast Asia and is one of the world’s leading suppliers of rubber, coffee, and cocoa.

Ethnic, cultural, and linguistic diversity also manifests itself in wildlife. Biodiversity in Indonesia is astonishing and impressive.

A lot is waiting to be discovered in Indonesia, which has been the focus of travelers’ attention recently. 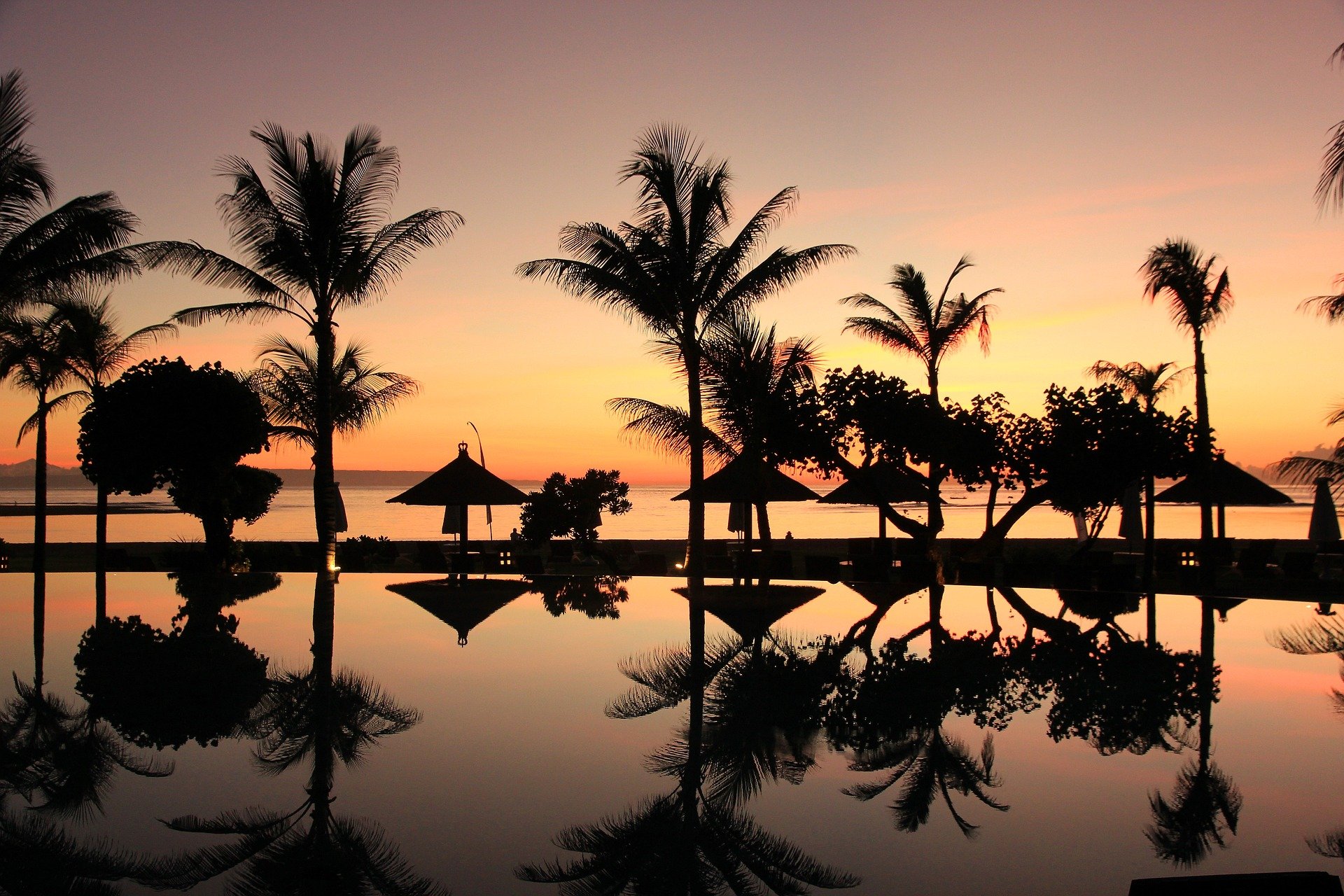 Considered the cultural capital of the archipelago, Bali is one of the must-see places due to its lush rice fields, long white sandy beach, crystal clear sea, and huge diving spots. However, it is always crowded due to being the most famous of the Indonesian islands.

The bustling capital Jakarta, home to structures such as the Monas Tower, the Presidential Palace, one of Indonesia’s symbols, is also a shopping haven.

The Bunaken National Marine Park, where the entrance is paid, is located in Manado Bay and offers its visitors the opportunity to experience the world’s first marine life in biodiversity.

The Tegalallang and Jatiluwih rice terraces in Ubud are the most famous among the rice fields that dominate Indonesia in general. The valley, which has been transformed into a staircase-shaped field, is under the protection of the UNESCO World Heritage List. In advance, we must tell you that if you do not take a photo here during your visit to Indonesia, that visit is considered invalid. Although the Lempuyang Temple in Bali is now closed to visitors, it is the scene of long queues of people who want to take pictures in front of it. You can borrow local skirts called “Sarong” and have a photo taken in exchange for a donation.

Borobudur, where countless sculptures and Buddhist symbols are on display, is one of Indonesia’s oldest monuments. Protected by UNESCO, this temple is also regarded as the largest temple in the world.

One of the most touristic spots of the exotic archipelago is Sam Poo Kong, another ancient temple. The building, which is the commonplace of worship for Muslims, Buddhists, and Taoists, has architectural features unique to South Asia.

Prambanan, a sacred site dating to the 10th century and featuring 240 temples dedicated to Hindu saints, is among the most magnificent structures in Indonesia. 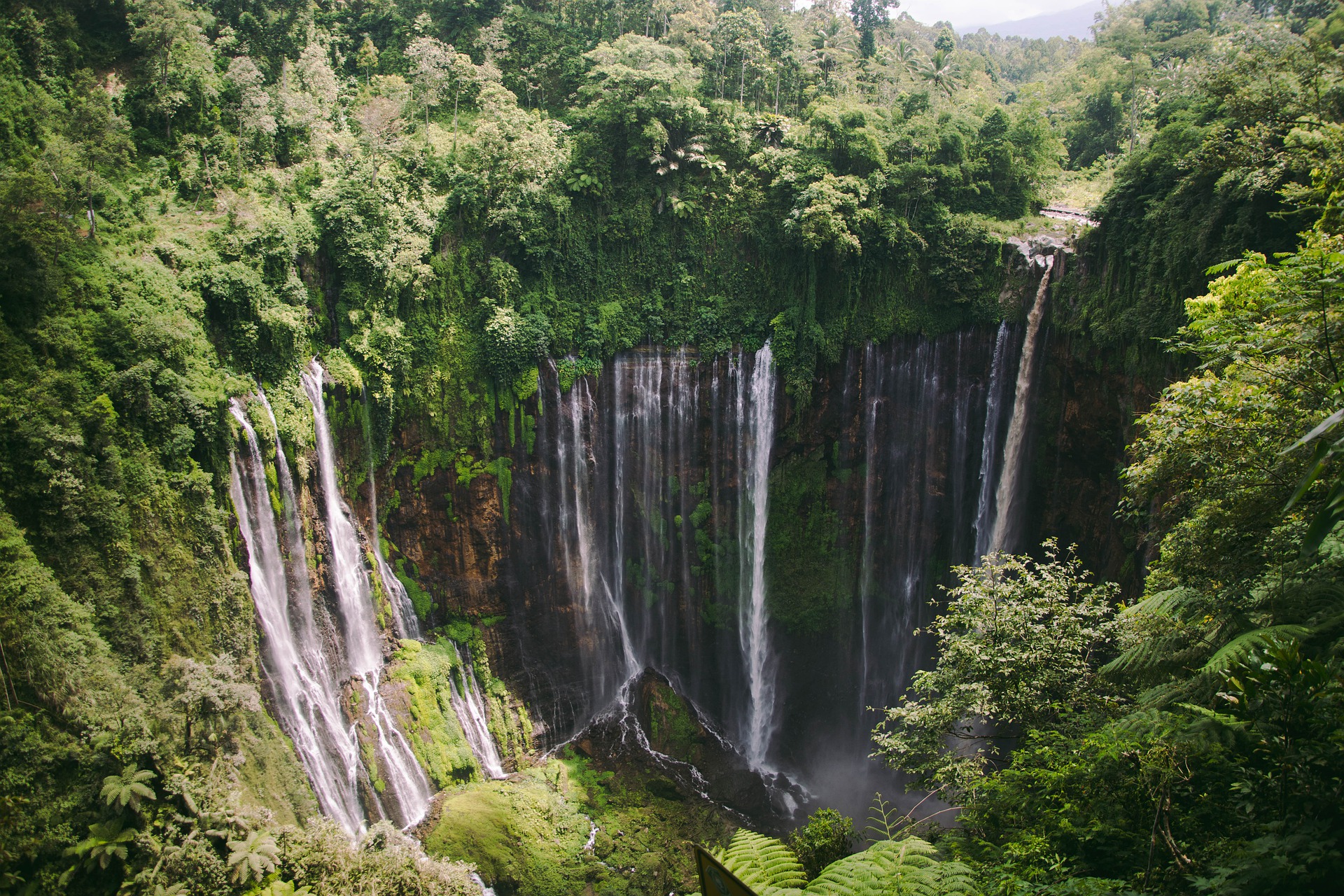 Seeing monkeys living in harmony with humans has also become an interesting tourist activity. The Monkey Forest in Padangtegal village is also one of the biggest economic income sources in the village.

You can visit Taman Mini Indonesia if you want to visit Indonesia for a day in a thematic park.

The 132-meter-high National Monument in Jakarta, the capital, is one of the places where those who come to the city show the most interest. For a panoramic view of the city, you can climb up the tower for a certain fee.

Perhaps the only place where you can see the Komodo dragon, a giant carnivore, except the documentaries, Komodo National Park spans a total area of 219,322 hectares. The park, which is recommended to be visited with a guide, is also home to more than five thousand dragons.