An Erasmus Tale: Being a Student in Vienna 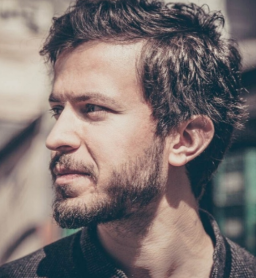 It all started in September 2014. I mean, my one-year-long Erasmus trip to Czech Republic…

Everyone was trying to get to know each other and their cultures as fast as they could. Handling the school and dorm errands and trying to get to know the city and its people made me lose track of time, in a very busy manner. Before the end of the second week, I received a Facebook message. Kosty from Ukraine (whom I had met only a week before) asked me if I wanted to join them on a trip to Vienna with 4 other friends. I jumped at the opportunity.

*Tip 1: Don’t jump at every opportunity (or offer) you see. Think about it first.

We started planning by the end of September, arranging the transportation, accommodation, and stuff. I was as inexperienced as you could imagine, this being my first official trip abroad. In the meantime, the number of people coming on this trip constantly changed. We were finally able to fix the number to four: Kosty, myself, and two other girls, one from Estonia and one from Romania. After a much-debated planning phase, we finally decided to take a bus. We would take an early bus on Saturday morning, spend that night in a hostel and come back with the night bus on Sunday. We had two whole days. We found a perfect bus company called “Student Agency”. They had many affordable bus trips to and from many European towns. Because we were late to buy the tickets, the last available seats were at horrific hours. We were able to get tickets for a bus leaving at 2.45 in the morning on Saturday. Tickets were about 300 Czech Korunas per person, about 30 Turkish Liras back then. Of course, the rates have changed since, but think about going to another country for 30 Liras! Even the Istanbul-Ankara bus tickets were about 60-70 Liras back then. By the way, our bus was to arrive in Vienna about 5.00 in the morning, but no one was questioning what we would do at 5.00 in the morning; because we were young, excited, and going to Vienna! The Grand Hotel is located in the center of Brno, right across the bus stops of the Student Agency. We met there half an hour before the bus, the bus came, and my “first” official trip abroad begun.

*Tip 2: Make sure to memorize the commute between your first stop in the city and your accommodation, preferably before the trip starts. Do not mind your friends claiming to know the route. Be cautious.

Guys, Vienna is cold. I later visited Vienna again for New Year’s, and it was freezing, but it was still cold, even in September.

September 27th, around 5.00 in the morning. We got off the bus at U2 Stadion. The weather was pitch-black. Subway service hadn’t started yet. Our Hostel was about 25 minutes from the station by car, which we didn’t know at the time. Why? Because I wasn’t smart enough to consider the Tip 2 I mentioned above. My Ukrainian friend claimed to know the way and that we could walk there. With the excitement to discover new places, we were tempted to walk. Vienna is a magical city. For me, it is one of the most “livable” cities in Europe with its extraordinary architecture, parks, artistic streets, galleries, and so on… We couldn’t help but admire an alley or a building we saw on every corner as we walked. We took pictures and had an on-the-go breakfast with whatever we brought with us. The city awakened slowly as we reached the banks of Danube River. We took more pictures and chatted by the river. As we kept walking, we discovered hidden pieces of heaven within the city. The best thing about Vienna is that you can almost walk from one end of the city to another. The worst thing is that it has so many marvelous structures that you want to see them all, inside and out. Regrettably, we neither had the time, nor the money to do that.

If you have time to see more places