How and When to Visit Agra

Agra is a city in northern India. Although the capital of the country is New Delhi, Agra is also known as the "cultural capital". In the past, it was the capital of the Mughal Empire. The city on the banks of the Yamuna River has become the symbol of India. Because it is home to one of the seven wonders of the world; The Taj Mahal. This work from the Chagatai Turks is met with great interest all over the world. Thanks to this important monument, Agra has become a favorite city for tourists. After the Taj Mahal, the structure that attracts the most tourists is Agra Fort. Let's look at the details to get to know Agra better, which is a legacy of the Mughal Empire to the world.

It is possible to find a connecting flight to Agra Airport from our country, although not directly.

However, the commonly used method of transportation is to travel by train from any city in India to Agra.

The journey to Agra Fort and Agra Cantt Train Stations takes an average of 4-4.5 hours and information such as prices and timetables change daily.

Agra Fort Station is the most used station as it is only a few kilometers away from the Taj Mahal area.

If you are going from Delhi to Agra, you can choose the more comfortable Shatabdi Express and Taj Express.
Intercity buses are another way to reach Agra apart from the train. You can easily get your tickets from the website.

Turkish citizens must obtain a visa to go to Agra.

In Agra, it is quite difficult to travel on foot, as the distance between the attractions is long. For example, it takes about an hour to walk from Agra Fort to the Taj Mahal.

Tuk Tuks, also called "Auto" by the Indians, are one of the best options for visiting historical places. It might be a good idea to bargain for these widely available auto rickshaws before getting on.

Especially to go to the Taj Mahal, you can rent one of the carts drawn by animals such as horses and camels, or you can join the system called "rickshaw", which is frequently used by the locals.

Rickshaw means that you are included in any car or bike as a passenger, but for those who will use this method, bargaining before getting in is essential.

If you are thinking of renting a car in Agra, where Uber is also widely used, remember that the steering wheel is on the right.

Agra is not much affected by the monsoon climate that dominates India; The climate is generally hot and semi-arid.

October to March is the best time to visit Agra. During this period, which coincides with the autumn and winter seasons, the temperature decreases considerably and makes it easier to make long trips, but keep in mind that you will encounter a very busy crowd during this period.

If you are going to visit Agra in December or January, do not forget to bring woolen clothes as the temperature can drop to 2 degrees.

Between August and October, when the effects of the monsoon climate are felt, can be considered more ideal for visiting than summer, but it should not be ignored that when the humidity is added to the high temperatures, a more stifling weather will occur. Of course, it should not be forgotten that the scenery will become more beautiful in frequent rains.

Between April and July is the start of summer and temperatures are now at their peak. If you are one of those who say they don't mind the heat, this period, in which the crowds in touristic places are decreasing and hotel prices are decreasing, can be considered ideal in terms of being economical.

If you have decided to visit during the hottest times, you should make sure that your clothes are made of light cotton, and you should keep your sunscreen and glasses with you.

The Taj Mahal is beautiful at any time of the year and always attracts large groups of visitors, even in the lowest season. No matter what season you go, try to be there at sunrise, when you can clearly observe the light change on the exterior of the building with the naked eye. 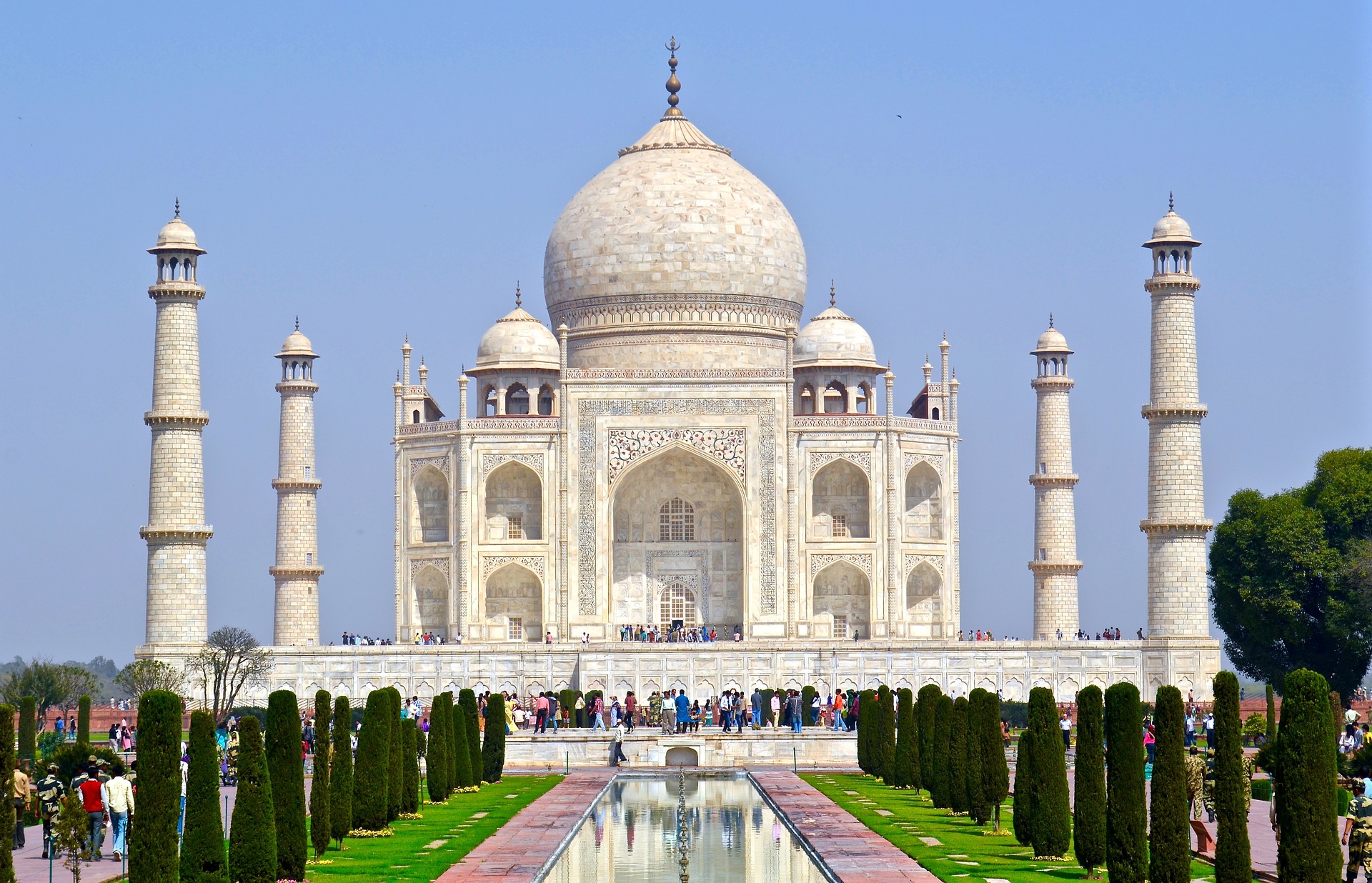