Kuwait; It is a country surrounded by Iraq to the north and west, the Persian Gulf to the east, and Saudi Arabia to the south. Being a city where modern architecture rises and bearing the name of the country, Kuwait, the capital of the country, is at the center of attention of tourists. Dazzling with its magnificence, Kuwait promises us a different travel experience with its structures that do justice to this splendor. Here you can visit the three towers, which are the symbol of Kuwait, opened in 1979 and resembled a minaret in terms of architecture. There is also a restaurant in this building where you can spend time. If you wish, you can also visit Masjid-i Kabir, which is the largest mosque in the country, with a simple design.

Kuwait has a generally warm climate. The average temperature in summer is 44-46 degrees. For this reason, the months of November-April, when the temperature hovers around 18°C, are considered the ideal time to travel to the country.

There are direct flights from Istanbul and Ankara to Kuwait International Airport, and connecting flights to other cities. 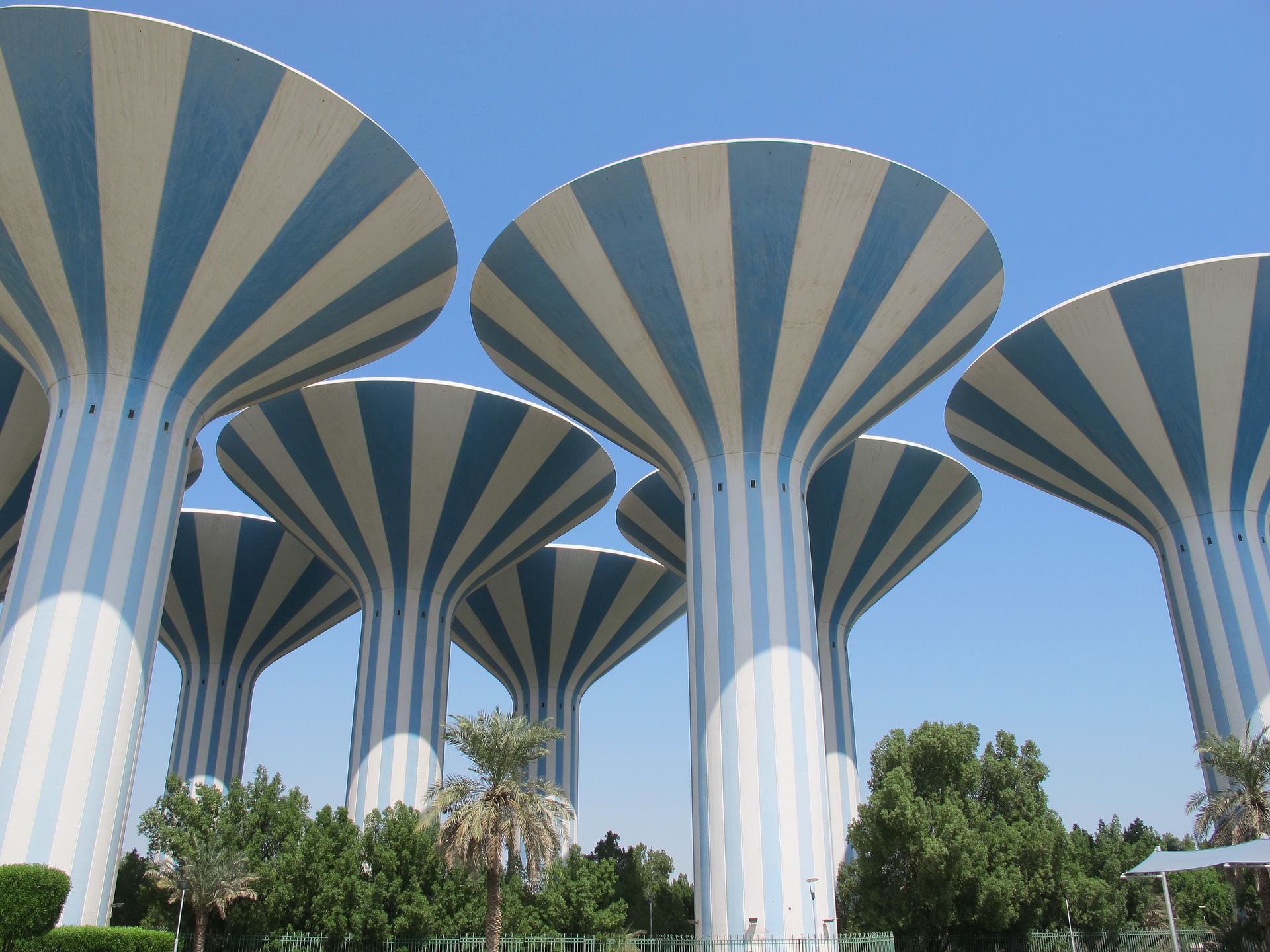 With a decision taken on November 1, 2013, Turkish citizens who want to enter touristic areas can obtain the necessary visa for Kuwait from the airports free of charge.

Those with an Israeli visa or an entry stamp in their passport are not allowed to enter the country.
Kuwait International Airport is located 16 kilometers south of the city centre.

Since there is no rail system in Kuwait yet, most of the transportation is provided by buses.

Renting a car is generally not recommended due to the heavy traffic at all times, but you can still use your Turkish passport in Kuwait for a month if you prefer it.

Some major hotels offer chauffeur-driven car rentals for their customers.
Taxis are used more intensively than public transport due to the economical taxi prices.

The country has a subtropical desert climate and the seasons are generally dry. Sandstorms occur in summer due to northerly winds. June, July and August are the months with the highest temperature in Kuwait and the temperature can reach up to 54 degrees.

The hottest time of the year is early August, when temperatures average 45 degrees during the day and 32 degrees at night.
September and October are the months with the lowest precipitation probability. On the other hand, January is the most humid month in the country, where the humidity varies significantly seasonally.

In terms of tourism, the country's busiest months are November, June and January, and plane tickets are the most expensive during these periods.
If we evaluate the tourism in Kuwait according to the season; The spring season between March and May, when the heat is felt intensely, is considered as the lowest season for tourism.

Thunderstorms occur in the spring. There is no precipitation between the months of June and August, when the weather is extremely hot, but on the other hand, the summer season is considered the high tourist season for Kuwait. In the summer season, both flight tickets and accommodation prices increase considerably.

Between September and November, when both humidity and wind are felt intensely, are also popular months in terms of tourism.
The winter season, seen between December and February, is the most economical season in terms of both hotels and plane tickets, as it is a period when tourists are not very popular.

If you want to coincide with a festival, Kuwait's prominent festivals and the months they are held are as follows: